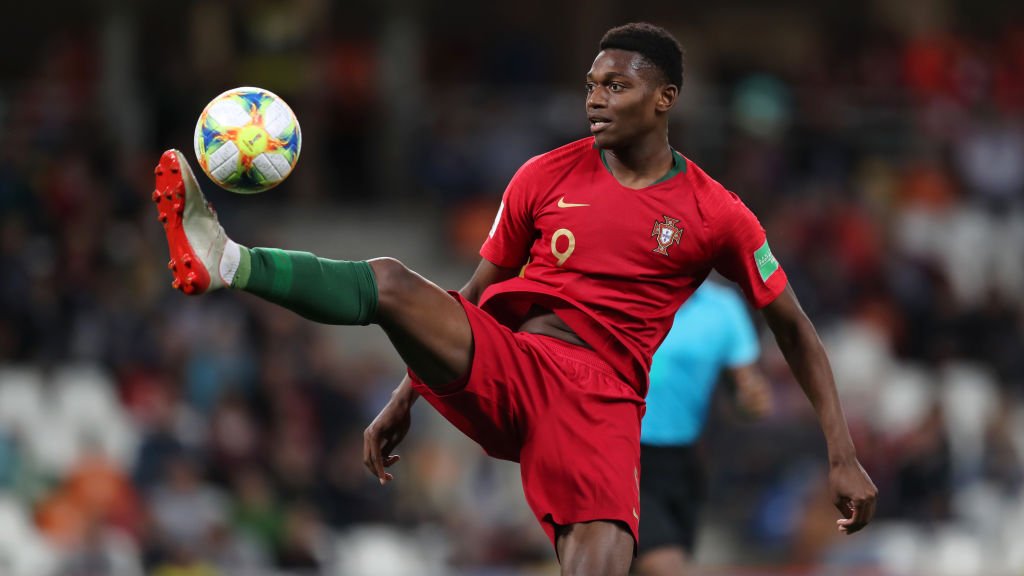 Everton have joined the queue in the attempt to land highly-rated talent Rafael Leao, who has revealed he wants to quit Frech Ligue 1 side LOSC Lille.

The 20-year-old Portuguese attacker who joined Les Dogues (The Great Danes) on a free transfer from Sporting CP has drawn several interests from European clubs.

The Toffees submitted a €37.5 million bid, according to reports to leapfrog Valencia’s  €35 million + €5 million in bonuses and Napoli’s €32.5 million + a 10% sell-on fee percentage clause.

Aston Villa’s bid is still hazy with Inter Milan also in the race for the attacker, should they fail to sign Manchester United striker Romelu Lukaku.

Leao managed to score 8 goals in 26 appearances in all competitions last season despite failing to secure first-team football under his belt.

Lille are desperate to keep the talent who helped them secure Champions League football but will inevitably let the lad go for a good fee.

They are also looking to tie down Ivorian forward Nicolas Pepe who was involved in Ivory Coast’s campaign in the ongoing Africa Cup of Nations in Egypt.

Their arrival would trigger the potential exit of Ademola Lookman and Cenk Tosun.

Lookman’s switch to RB Leipzig seems imminent with Tosun a primary target for Schaljer and Besiktas.