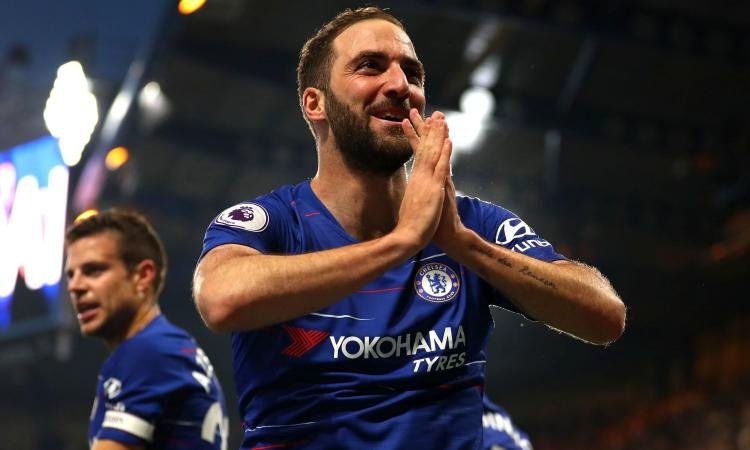 Juventus coach Maurizio Sarri is looking to reunite with the Old Lady’s forward Gonzalo Higuain, to bolster his attacking options.

The former Chelsea boss has already Paulo Dybala, Cristiano Ronaldo, and Mario Mndzukic who signed a two-year deal earlier this year as his options.

“I haven’t talked to Gonzalo since the celebration after the Europa League final,” said the 60-year-old.

“I had to get my ideas sorted concerning (the move to) this club. He is a Juventus player, so when he returns from holidays, we’ll have the chance to talk.

Sarri, who coached 31-year-old Higuain at his tenure in Napoli, could seek to revive the Argentine’s career from a rather silence loan spell at Stamford Bridge.

During his loan spell at the Blues, Higuain netted 5 goals in 15 matches across all competitions.

However, Sarri remains to be a big fan of the striker.

“I love Pipita (Higuain), you know, but it will depend on him.

“There are directors here who have been following these players for years, so I will listen to their opinions too.

“It would be unfair for me to impose my ideas on people who know these players more than me.

“Gonzalo didn’t enjoy the post-Juventus experience and was a little shaken after that season, these things happen,” continued Sarri of Higuain who also had a loan spell at AC Milan.

“If he can get a strong reaction, he can play another three to four years at a high level.”