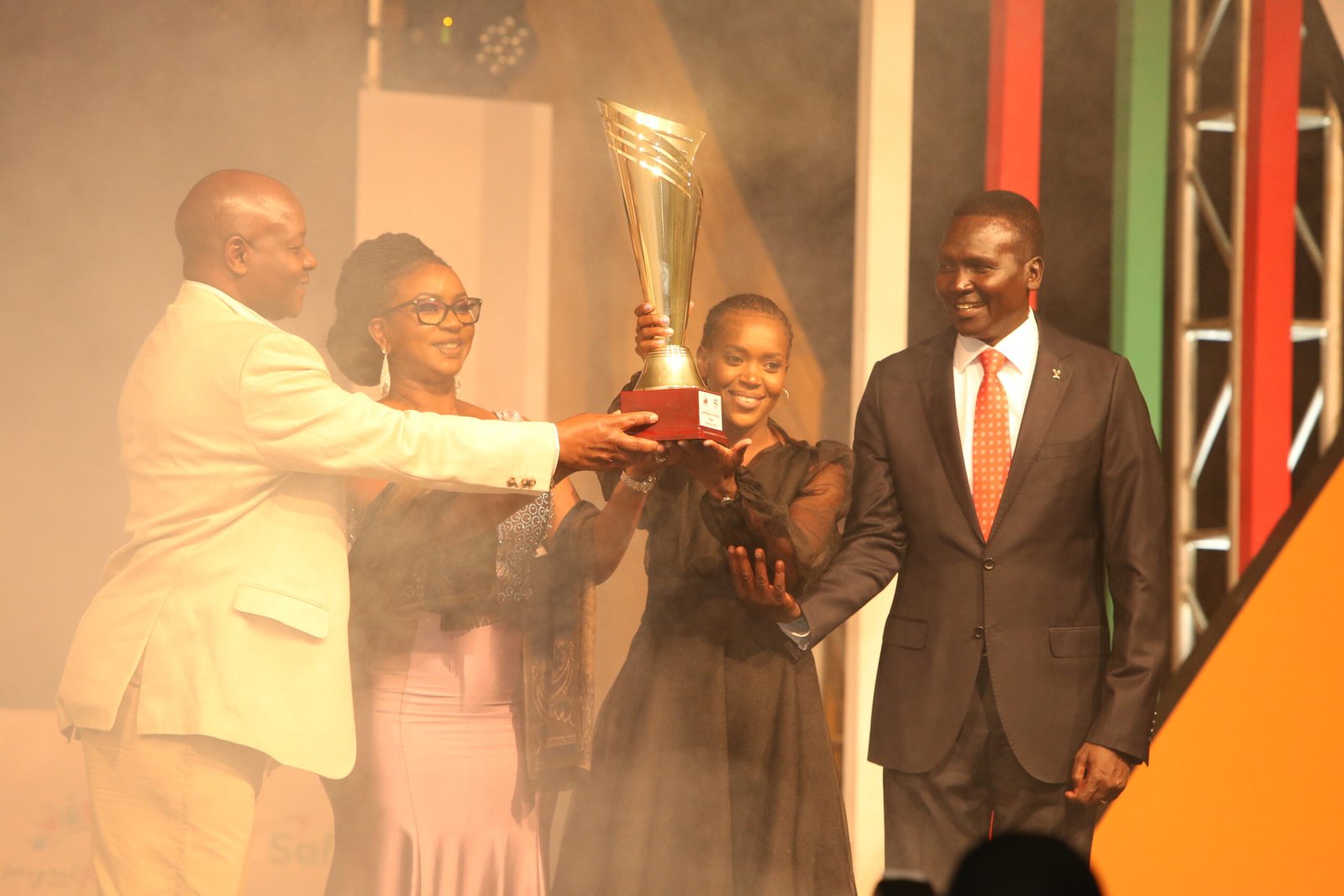 Double Olympic champion Faith Kipyegon and marathon world record holder Eliud Kipchoge have been crowned as the best sports personalities of 2022, at the annual Sports Personality of the Year Awards (SOYA).

The two were crowned at a glitzy ceremony at the Kenyatta International Convention Centre (KICC), with Kipchoge receiving his award in absentia.

Kipchoge could not make it for the awards as he had been on a tight schedule, testing his new shoes for the Boston Marathon in March.

“I want to take this opportunity to say thank you for those who voted for me, thank you for embracing sports its real sportsmanship, thank you for having me to spread the word of sports and together we can make this country a running one, thank you for the award, I wish everyone a great year of fulfilled goals,” Kipchoge said via a video he sent from his training base in Kaptagat.

Kipyegon clinches the title back to back 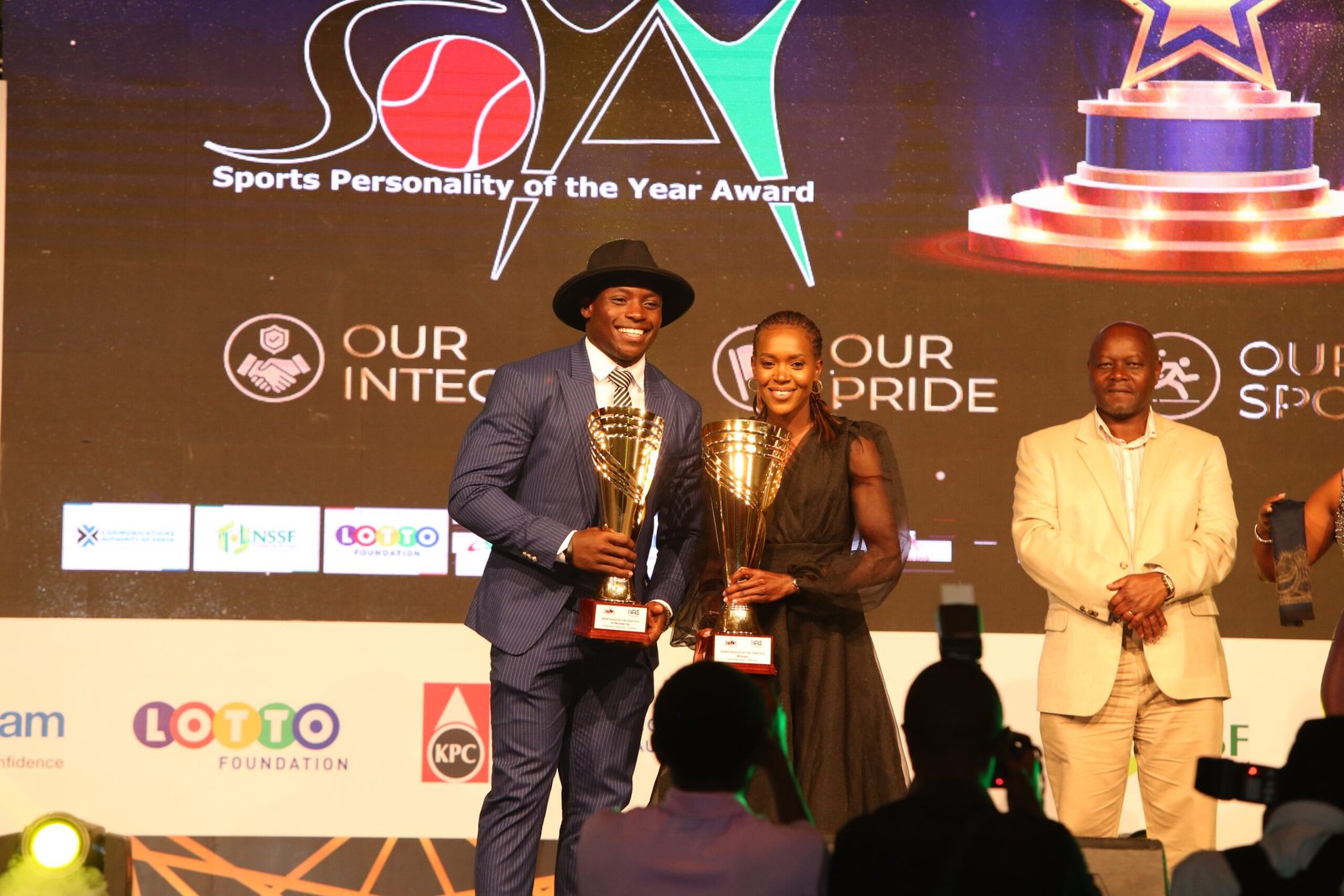 At the same time, Kipyegon won the title back to back. The double world 1500m champion, who also came microseconds close to breaking the world record in Monaco clinched the diadem ahead of tennis starlet Angela Okutoyi and 5,000m Commonwealth Games champion Beatrice Chebet.

Okutoyi became the first ever Kenyan to win a grandslam title when she clinched the doubles title in Wimbledon. She was however not present to pick her award as she has already reported to the Auburn Unibversity in the USA where she is on a tennis scholarship.

“I am really delighted to win this award for the second year running and I want to thank everyone who voted. It is a hiuge motivation for me especially as I start the season,” she said.

Other big winners of the night included KCB women’s volleyball head coach Japheth Munala who won the coach of the year title having guided the team to the African Women Club title. 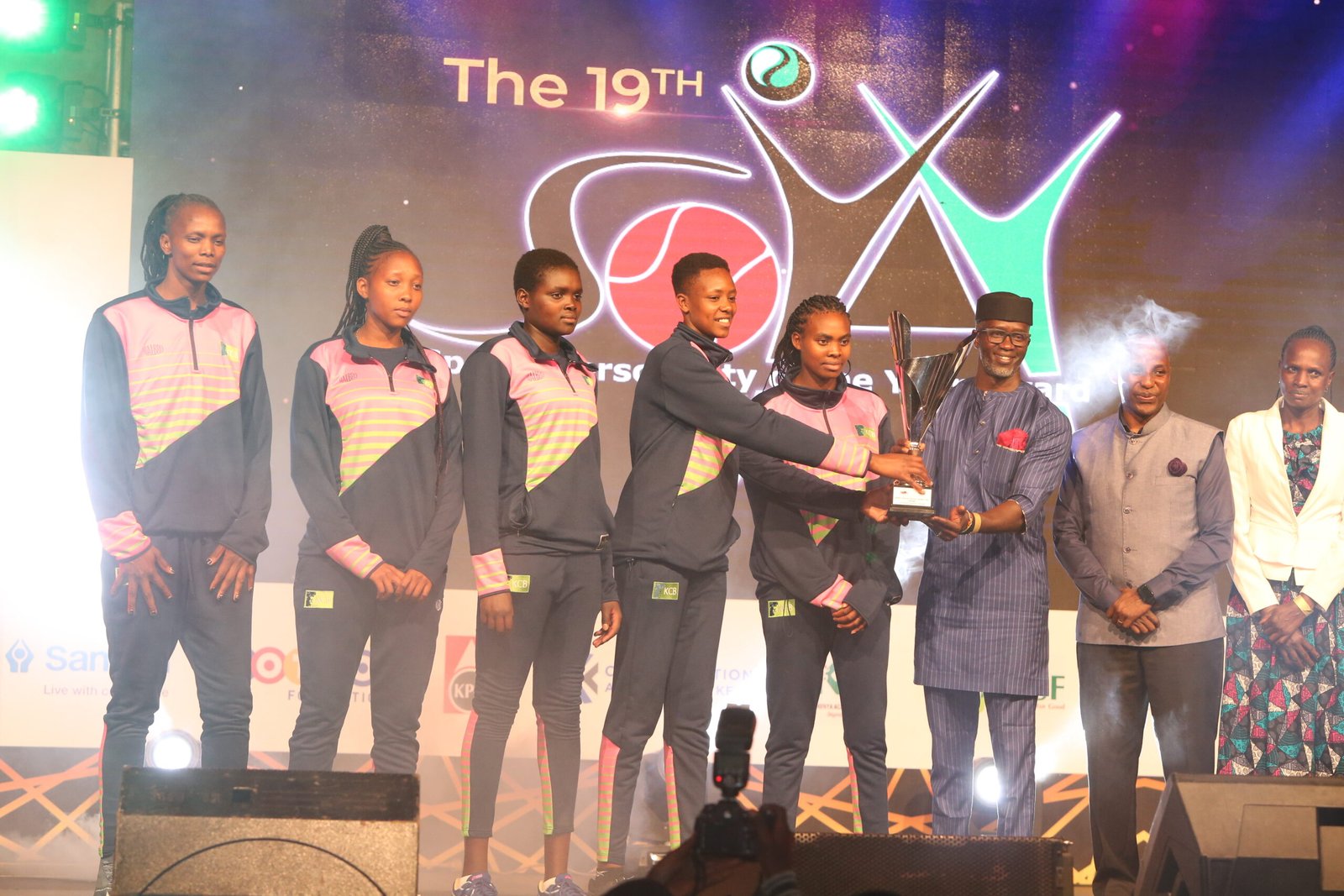 “I am really delighted that as KCB we have won two awards; coach of the year and team of the year. For sure we really worked hard last year and we are getting the fruits of that labour. These awards come at a right time because we are in the play-offs of the national league and it will give us motivation to fight for the top award,” Munala said after receiving his award.

Kabras Sugar won the men’s team of the year after breaking the dominance by KCB to win the Kenya Cup title.

Kenya’s 4x100m team which clinched the African title and unfortunately reached the semis of the Commonwealth Games after a button exchange mishap was second while East African handball champions National Cereals and Produce Board finished third. 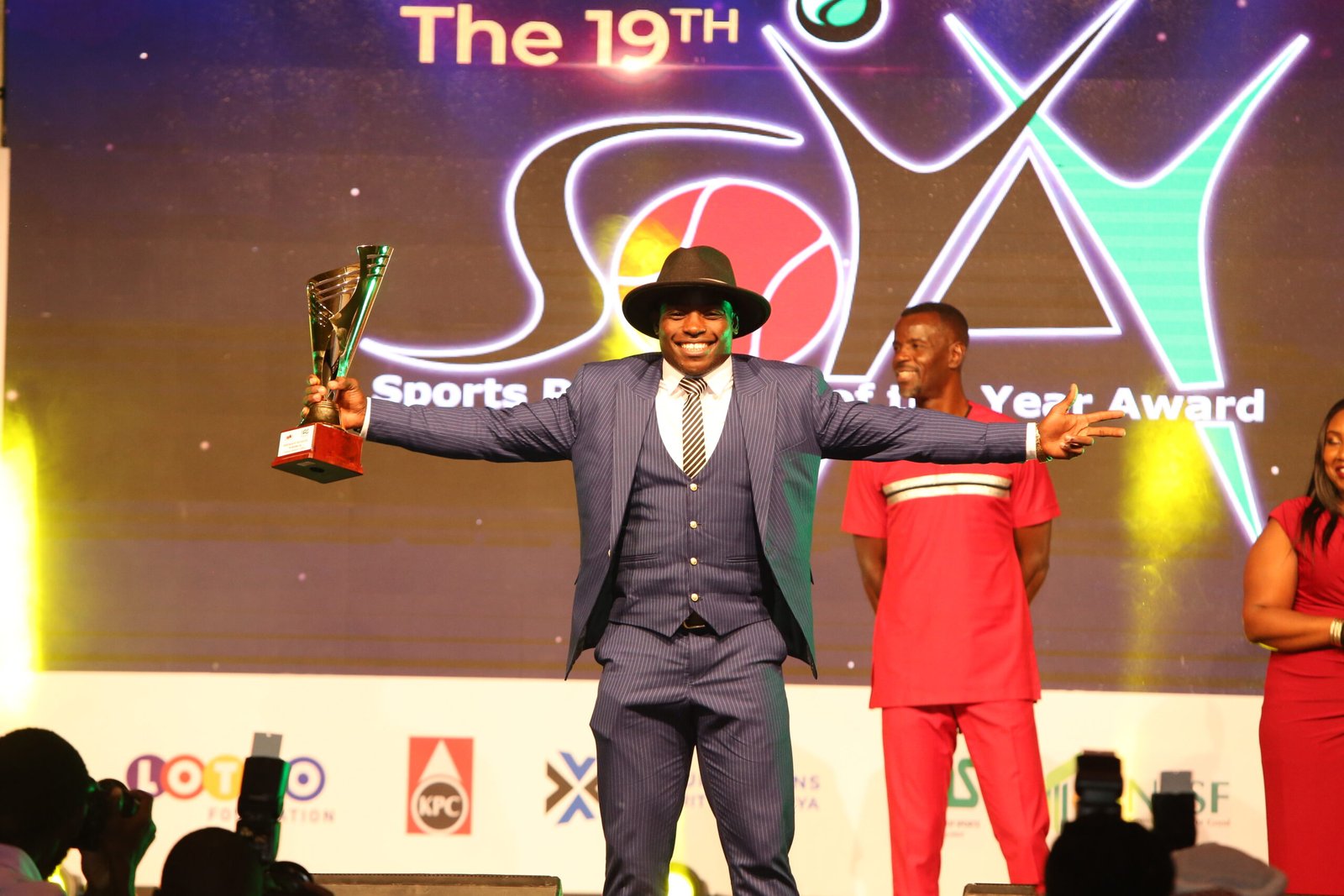 SPORTSMAN OF THE YEAR

SPORTSWOMAN OF THE YEAR

Coach of the Year 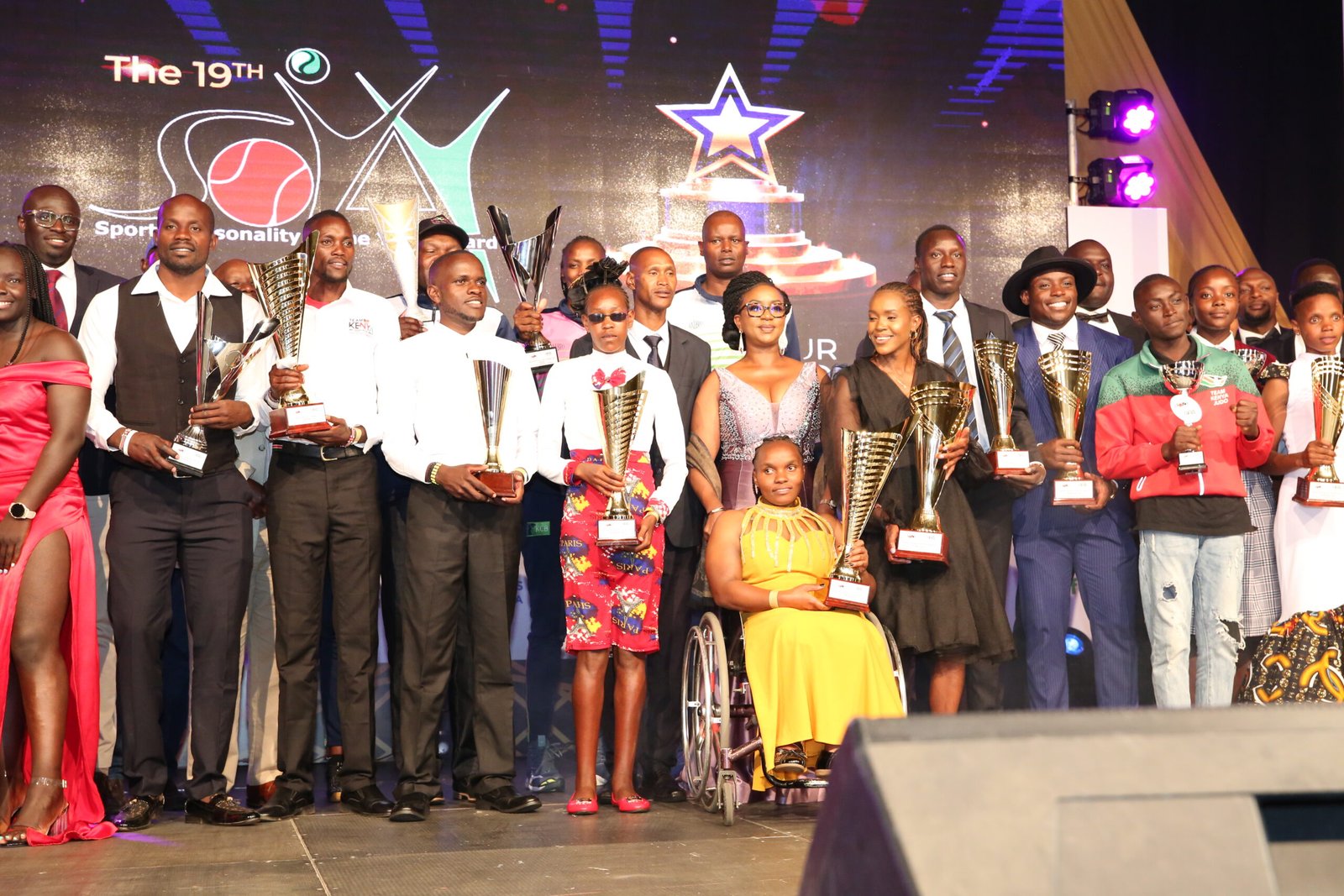 Some winners from the 2022 SOYA

Sports Team of the Year (Women)

Sports team of the Year (Men)

National Cereals and Produce Board (Handball)