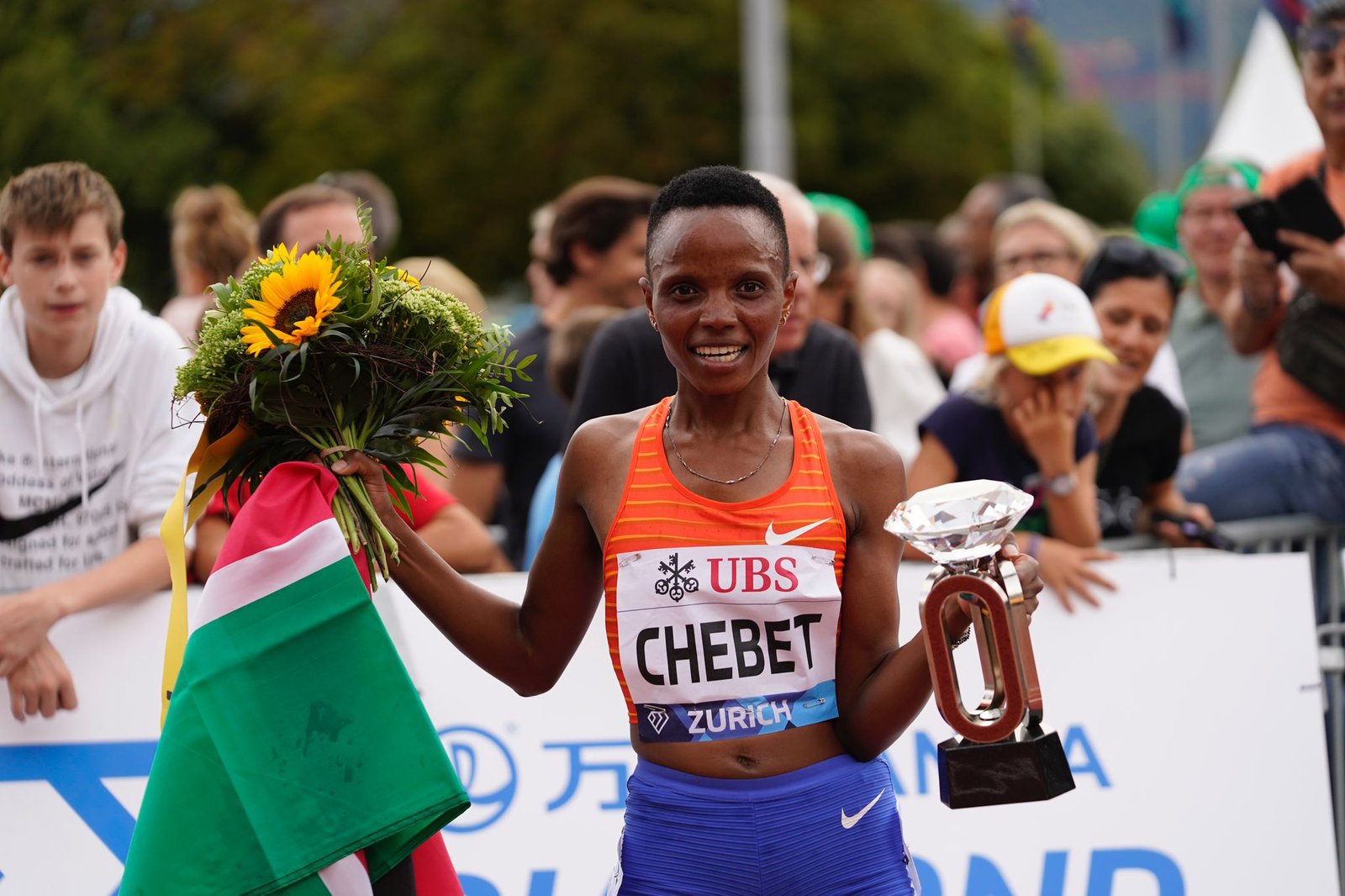 Beatrice Chebet in a past race.

Chebet, the Commonwealth and African champion over 5,000m on track won the women’s 6km race while Rono clinched the men’s 10km title.

Chebet, also the world 5000m silver medallist, and her compatriot Lucy Maiwa took the early lead on the first of the three laps and went through the first circuit in 6:57, 16 seconds ahead of the chase group led by Italy’s Giovanna Selva and Burundi’s Francine Nyomokunzi.

She stepped up the pace during the second lap and broke away from Maiwa, who in turn was 30 seconds clear of Nyomokunzi and Selva, who were joined by Likina Amebaw in the chasing group.

Chebet went through the second lap in 13:26, increasing her leading margin to 15 seconds. Chebet remained unchallenged on the final circuit and went on to cross the finish line in 19:41.

The 22-year-old achieved her second win in this season’s World Cross Country Tour after winning in Atapuerca in November.

Chebet will be headed for the World Championships

Chebet, who won the U20 title at the 2019 World Cross Country Championships, will be looking to add another global medal to her collection when she heads to Bathurst next month for this year’s championships.

“I ran a good race, but it was very cold today,” said Chebet. “The race was still good preparation for the World Cross Country Championships in Bathurst where I am aiming to reach the podium.”

In the men’s race, the seven-man leading group – including Gideon Kipkertich Rono, Mohamed Jhinaoui from Tunisia, Emil Millan De la Oliva from Sweden, Yemaneberhan Crippa from Italy and Benson Lingokal of Kenya – went through the first lap in 6:09.

A quartet formed by Rono, Lingokal, Crippa and Jhinaoui pulled away from De La Oliva during the second lap and went through the 4km mark in 12:01.

Rono made his first serious move on the third lap, and only Crippa and Lingokal were able to follow his pace. Crippa went to the front after halfway, but Rono responded immediately to the Italian’s attack during the penultimate lap.

Rono broke away from Crippa on the final lap and crossed the finish line in 29:00, beating Crippa by five seconds.

Crippa became the first Italian athlete to reach the podium in the Cinque Mulini since 2005, while Mohamed Jhinaoui took third place, just edging Ligokal as both were timed at 29:45. Crippa’s older brother Nekagenet was fifth in 29:47.