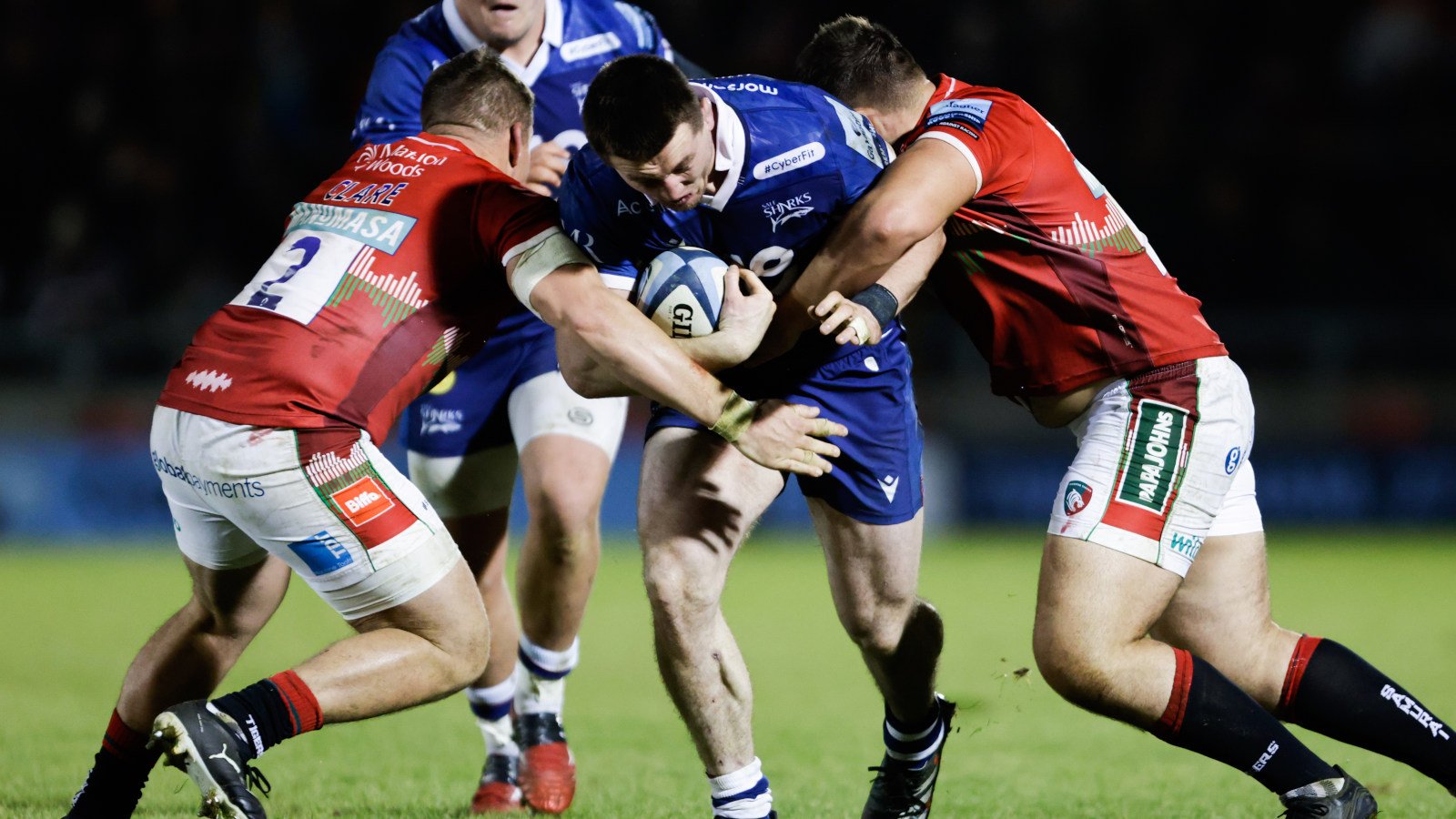 Things didn’t go well for Leicester Tigers in their Gallagher Premiership match as they suffered a 40-5 defeat to Sale Sharks.

The massive victory by Sale at the AJ Bell Stadium has helped them reduce the gap on leaders Saracens by five points. Sale Sharks have now won six out of their seven Championship matches.

Simon Mclntyre, Tom O’Flaherty, Rob du Preez and Ewan Ashman all crossed, along with a penalty, as Sale humbled Leicester.

This was Leicester’s first loss under interim manager Richard Wigglesworth. Their former manager, who is now the head coach of England Steve Borthwick, was watching the game from the stands.

Leicester Tigers are currently ten points behind Sale Sharks and have a difficult task ahead if they are to defend their title this season.

Things went horribly wrong for Leicester Tigers last night as they suffered their worst defeat this season. On top of that, several top players from the team suffered injuries.

Sale Sharks had control of the game to the extent that they repelled Leicester’s pressure within their own half.

Leicester received several penalties early into the game. They kicked the ball to the corner in search of a try, but all was in vain.

When Sale Sharks got penalties, Rob du Preez did his work perfectly to put his team ahead. They extended the lead a few minutes later, thanks to a well-organized game by Luke James, Arron Reed and Tom O’Flaherty.

Leicester City seemed to have found their way back into the game after the start of the second half. However, things got out of control for them after Pollard snatched a loose pass from Du Preez. Pollard was the man of the moment as he recorded his first Premiership try on his first start.

Manu Tuilagi later noticed holes in Leicester’s defence and made a brilliant run before Simon Mclntyre claimed a try. Seal increased their lead once again through a penalty try.

Speaking after the match, Leicester Tigers interim coach Richard Wigglesworth said that his team started the game well but were unable to score.

“We started quite well, we were aggressive and went for points, but we didn’t score. If you don’t take your chances at maul when you’re close to the line, it feels like you’re going to be on the back foot all game. Before we knew it, we were 16-0 down at halftime, and it was always going to be a long way back from there.” Richard Wigglesworth said, as per BBC.

On the other hand, Sale Sharks defence coach Mike Forshaw said that they didn’t expect to win the game that easily.