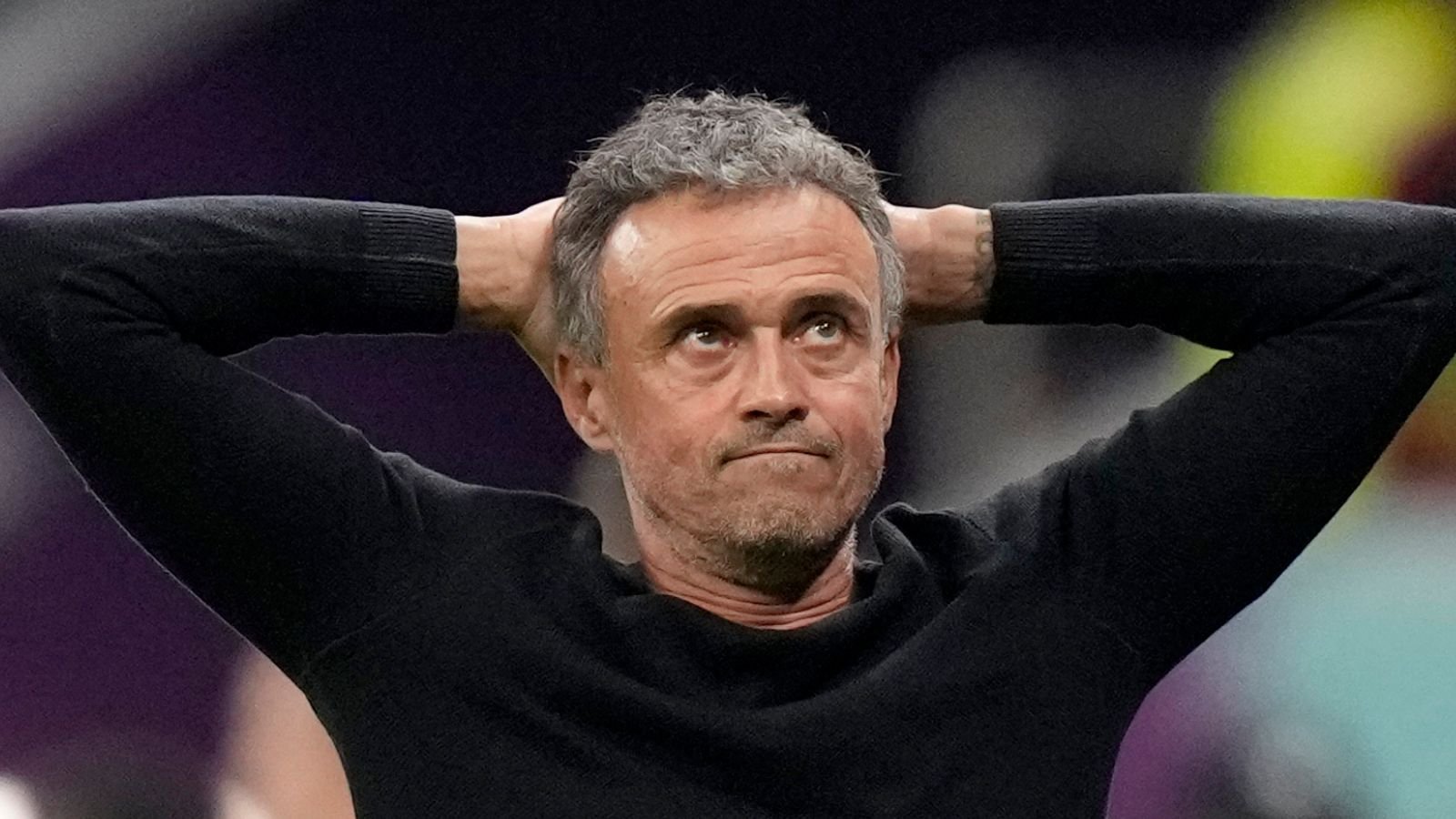 Luis Enrique, Spain’s head coach resigned after his nation was eliminated from the FIFA World Cup 2022. With the game tied 0-0 in extra time, Spain were humiliated by Morocco after failing to score on any of their three penalties in the shoot-out.

A day after Enrique stated that Spain’s players had been assigned to shoot 1000 penalties, Pablo Sarabia, Carlos Soler, and Sergio Busquets all missed penalties. Enrique, the ex-manager of FC Barcelona, admitted defeat after the game.

Enrique had stated in the post-game press conference that it was inappropriate to discuss his future.

“My contract is going to end, as you know, but I am very happy with the national team,” the manager added.

Enrique took over as manager after Julen Lopetegui was fired in 2018 due to rumours of a possible transfer to Real Madrid. Enrique’s contract ran out at the end of the year.

Spain played with a young team under his guidance and developed into one of the best squads in European football. The manager provided young, talented players with a chance to play for the national team in addition to reviving the stalled career of Sergio Busquets.

Under his leadership, Spain developed into one of the best-attacking teams in the world, capable of reusing the ball quickly. But during the past four years, Spain has never resolved the finishing issue. Spain’s offence stopped once more, essentially becoming the reason for their World Cup exit, after easily defeating Costa Rica in their opening encounter of the FIFA World Cup 2022. 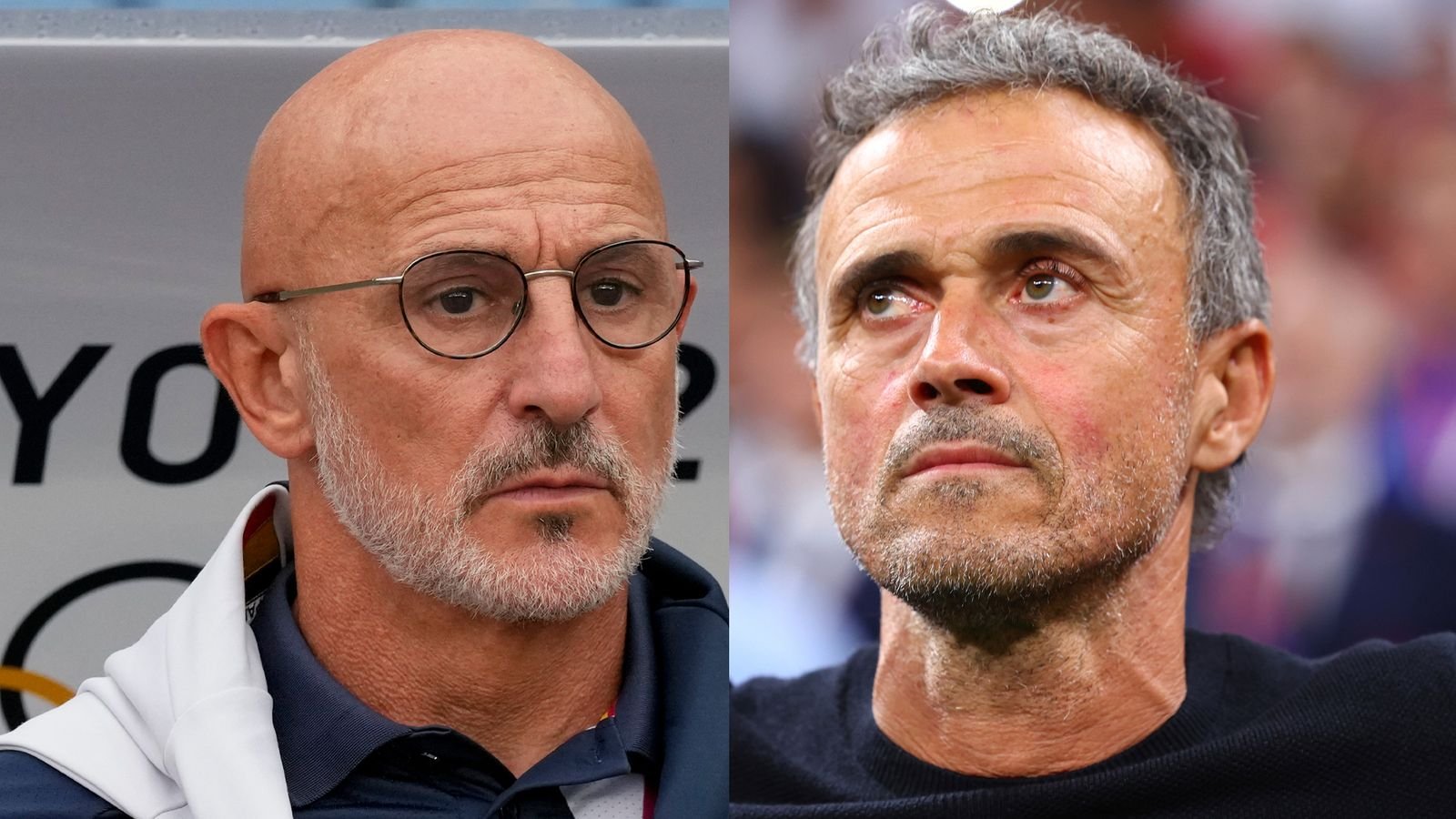 The Spanish FA announced that the nation’s under-21 manager Luis de la Fuente, will take over as the new coach without taking much time to identify a replacement.

The RFEF announced in a statement that Luis de la Fuente had been selected as the new coach for Spain.

“The… RFEF has reported to the president that it determined that a new project should begin for the Spain national team to continue the growth achieved in recent years thanks to work done by Luis Enrique (and the staff).

“Luis Enrique has been informed of the choice by both RFEF president Luis Rubiales and sports director Jose Francisco Molina. For their efforts over the past few years, the RFEF would like to thank Luis Enrique and his coaching staff.

De la Fuente is well familiar with the young players, and Tiki-taka has been the foundation of the play style for more than ten years. Recently, it has come under fire in Spain, particularly following the defeat to Morocco. So let’s see if he can alter the mentality of the Spanish people so that they may not possess the ball as much but instead score more goals and be more dangerous. 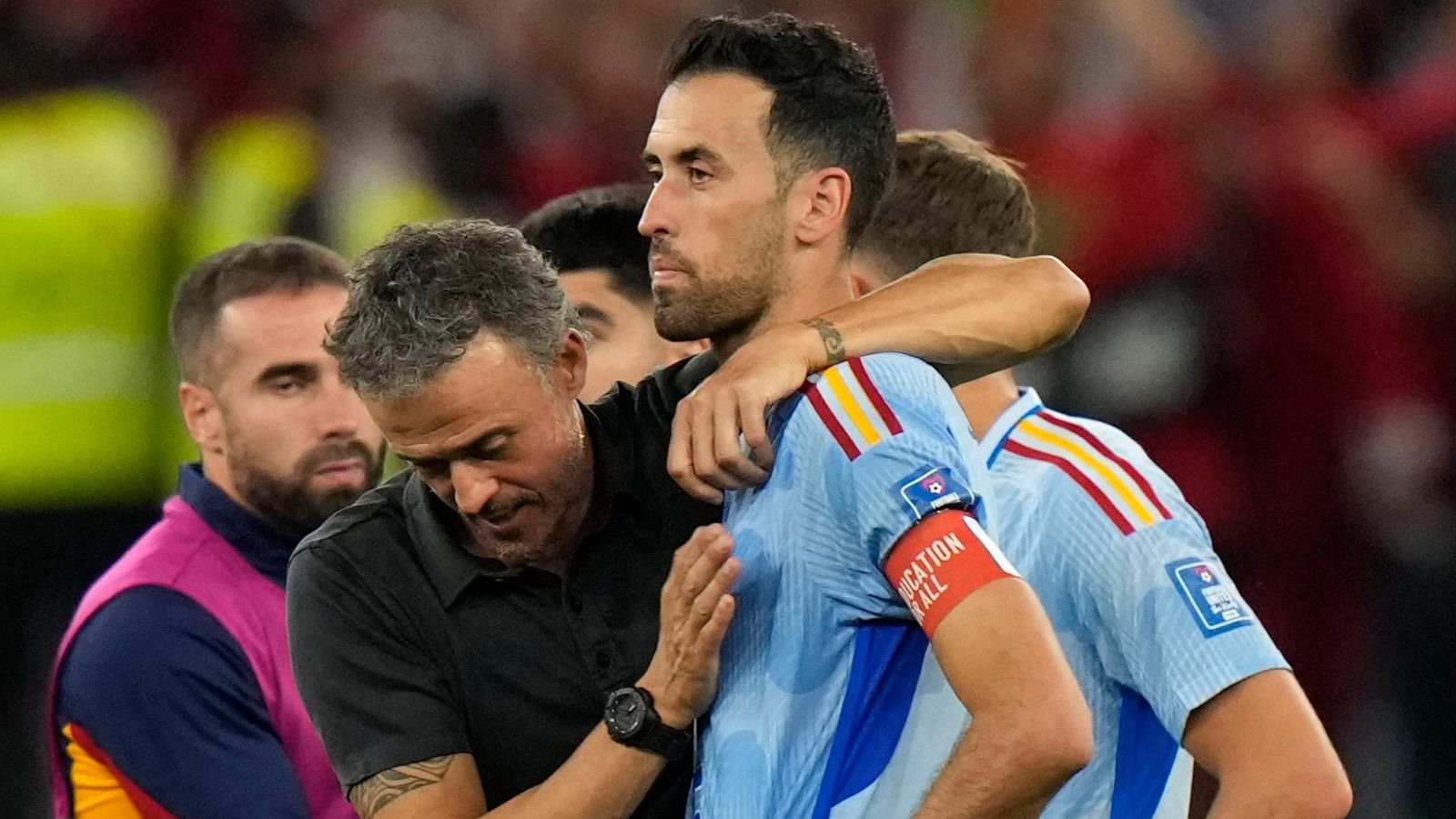 Enrique with Busquets after being knocked out of World Cup.|PHOTO:Sky Sports|

In a statement released by Luis Enrique, he thanked every person who helped him in his tenure as head coach, especially President Luis Rubiales and sporting director Jose Molina.

He further added,” To all those employed by RFEF with whom we’ve shared memories and experiences – and of course, the players who have been exemplary in their behaviour and loyal to our planned vision, I’m sorry I couldn’t help more. ”