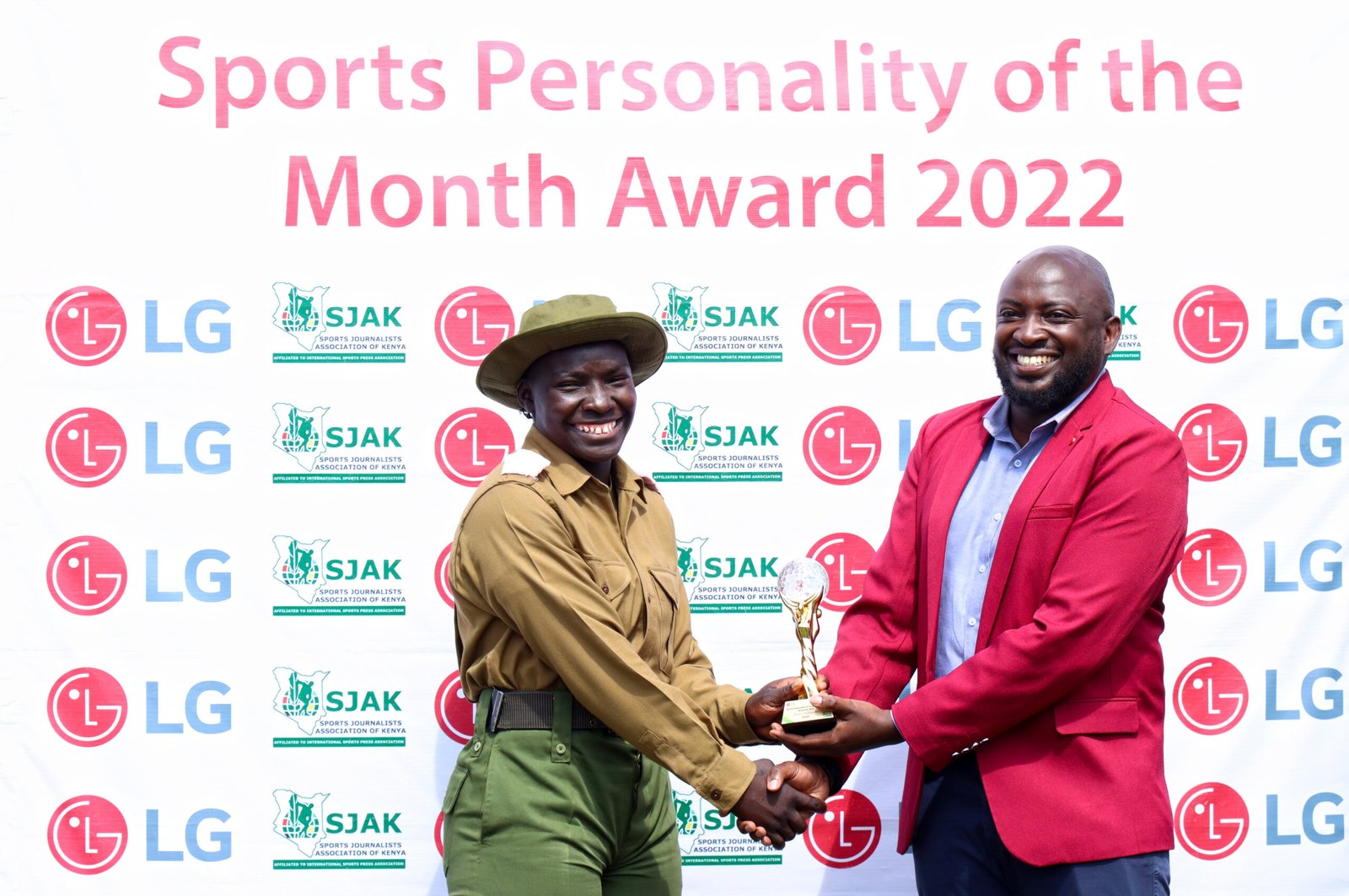 Kenya Lionesses’ star fly half Grace Adhiambo has been named the LG/Sports Journalists Association of Kenya (SJAK) Sports Personality for the Month of November.

Adhiambo steered the national women’s 15s team to win the Africa Cup pool B title, beating hosts Uganda 23-3 in the final played at the Wankulukuku Stadium in Kampala where she was declared the player of the match.

“It is such an honour to be selected as the sports personality of the month. To be quite honest, I could not have thought of winning it especially after beating many individual sports athletes in the selection process. It is such a motivation to keep working hard,” Adhiambo, who is currently in Administration Police Training in Embakasi said.

Beat a competitive field for the award 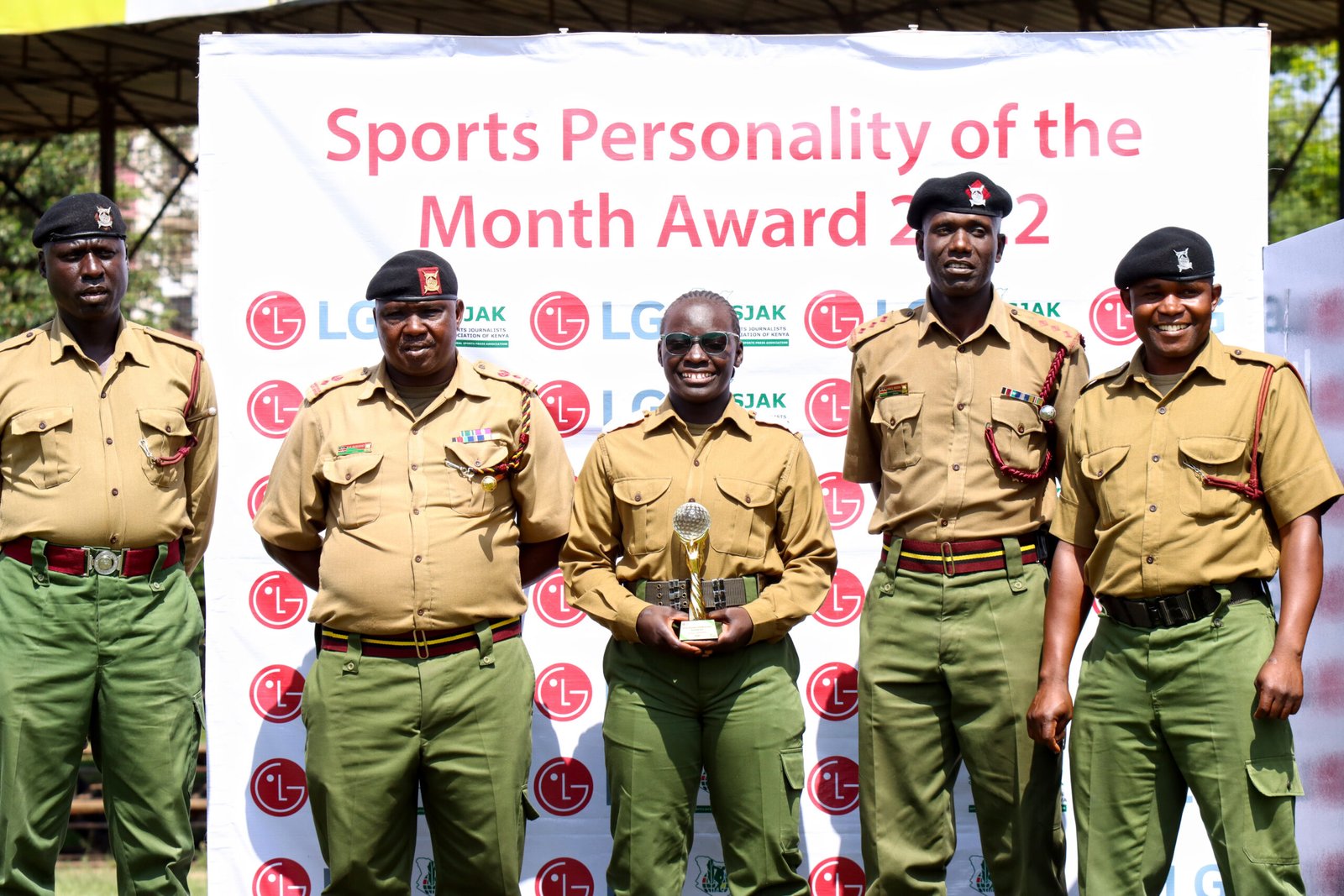 Adhiambo got the nod over New York marathon winners Sharon Lokedi and Evans Chebet as well as Tennis ace Angela Okutoyi who won the doubles category of the World Women’s tour at Karen Country Club as well as reaching the finals in the singles category.

She was accompanied for the awards ceremony by bosses from the National Police Training College in Embakasi, who were excited seeing their own awarded. She is among two rugby players who have been recently recruited into the uniformed forces.

Adhiambo’s link-up play in attack, defense and playmaking was instrumental as the Dennis Mwanja coached side sealed qualification to the Africa Cup Group A competition next year where they face powerhouses, South Africa, Namibia, and Cameroon. This competition will also serve as a qualifier for the inaugural World Women 15s in 2023.

Key member of the Lionesses squad 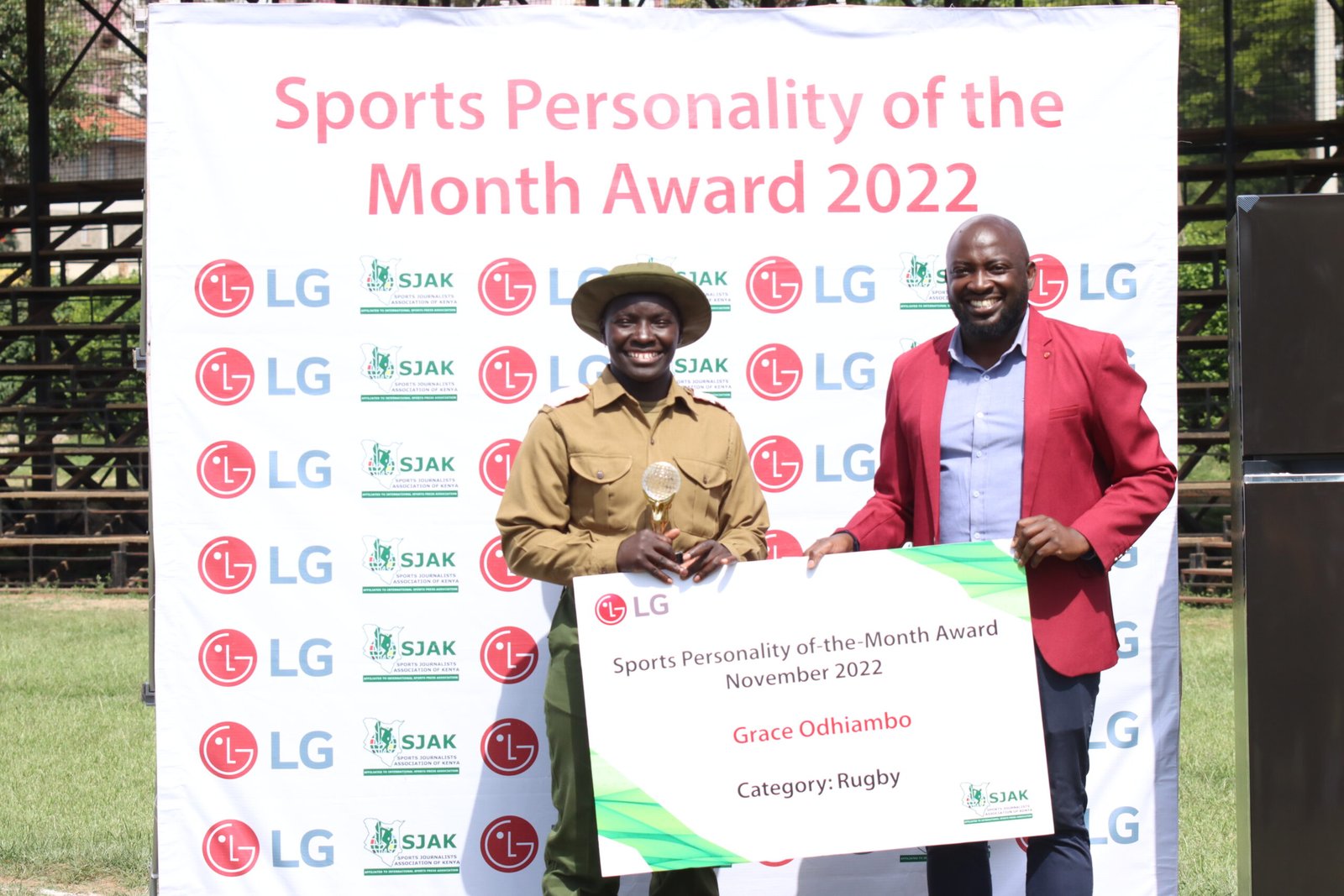 The Olympian has been a key player of the Lionesses for the past three years, playing for the sevens team at the Tokyo Olympics in 2021 and the Challenger series in Chile in August where Kenya finished fourth.

“She has really worked hard for this over the years and we are really proud of her performances and her recognition. This is always a good motivation for players to know that their hard work never goes unnoticed,” said head coach Dennis Mwanja.

Speaking during the awarding ceremony at the RFUEA Grounds, LG’s content manager William Kamore lauded Adhiambo for her achievement while also praising the diversity the award portrays across all sports disciplines.

“Since taking up this award as the title sponsor, we have awarded different sports personalities cutting across different sports such as volleyball, tennis, athletics, motorsport and now women’s rugby. This is a clear indication that this award really stands to award excellence as deserved. I am glad that today we have recognized one from rugby,” Kamore said.

It has been a double delight for the Lionesses with head coach Dennis Mwanja having been named coach of the month and awarded by StarTimes last week.