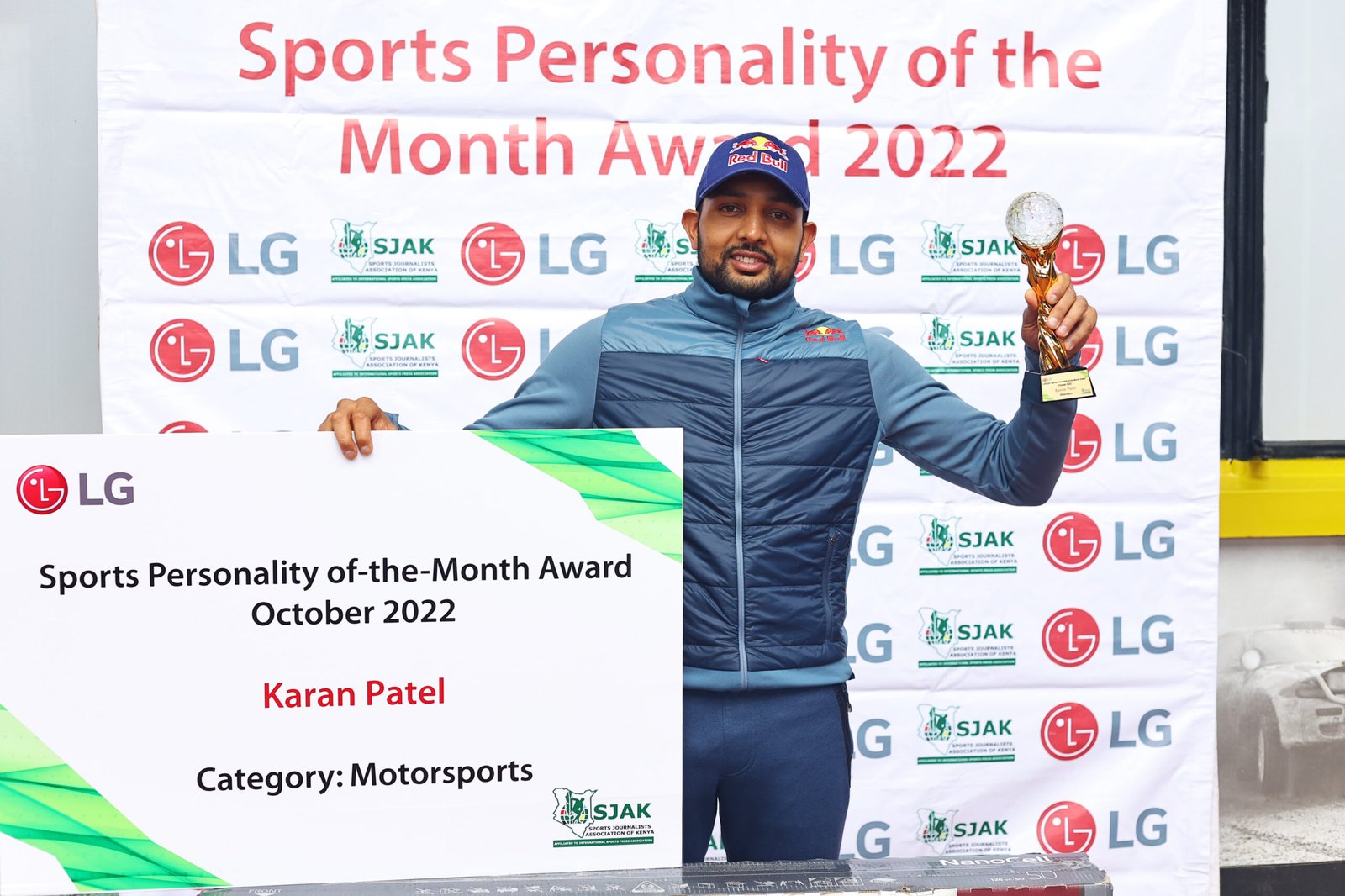 Karan Patel with his award

The former 85cc East African Motocross Champion was voted the winner of the coveted award with his fourth win of the 2022 FIA African Rally Championship (ARC) series during the season-closing prestigious Zambia International Rally in Lusaka.

“I am delighted to have received this award and of course it is a great motivation to be recognized. I definitely want to do more to see to it that I win more. Towards the end of the season, this is going to push me as I try battle for the KNRC Championship,” said Karan upon being rewarded.

Beat a strong field of nominees 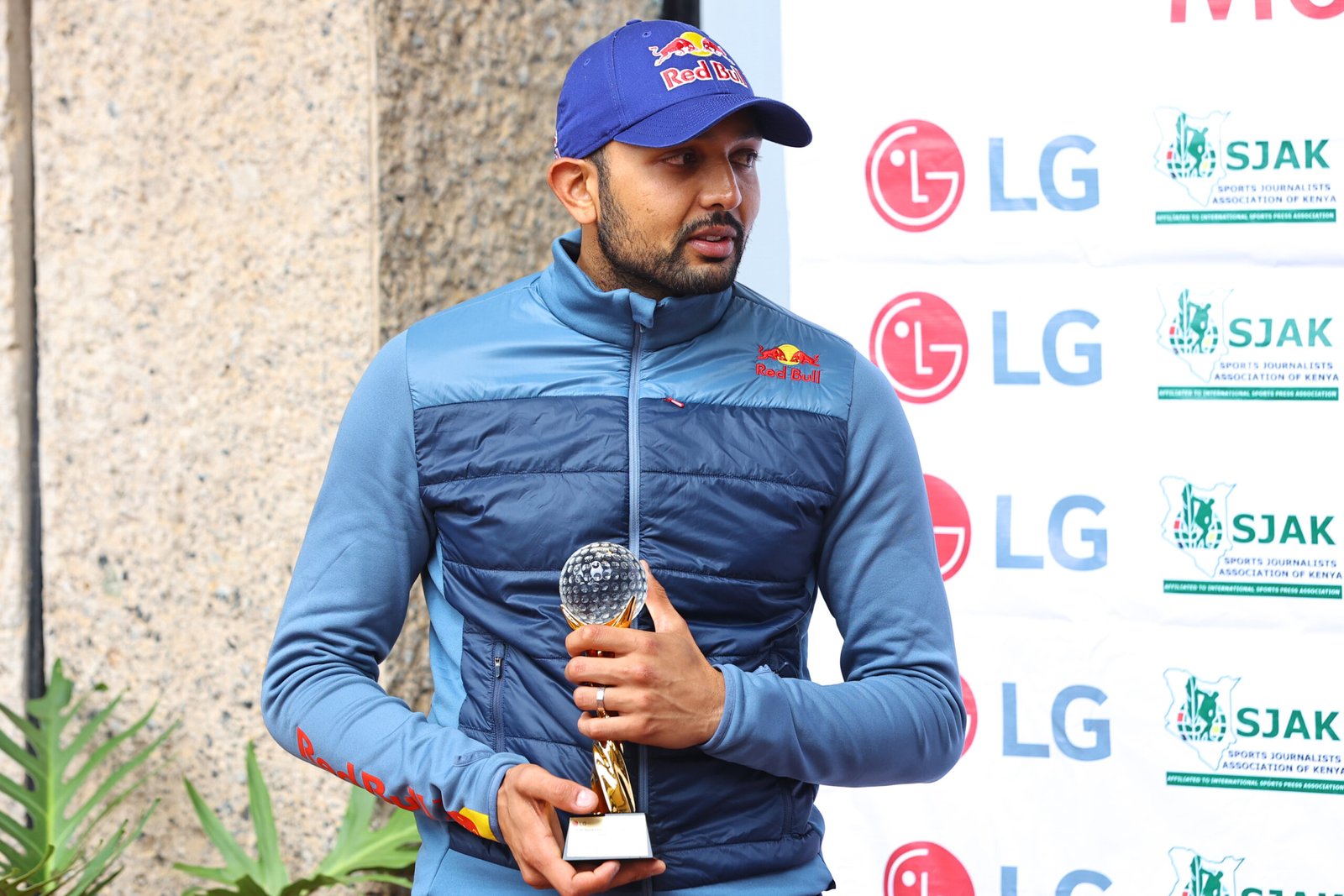 Karan beat a strong field of nominees among them Ruth Chepngetich who defended her Chicago Marathon title in a dominant in 2hr 14min 18sec and 14 seconds short of compatriot Brigid Kosgei’s mark.

Ruth Chepngetich defended her Chicago Marathon title in a dominant display on Sunday, breaking the tape in 2hr 14min 18sec, as her compatriot Benson Kipruto cruised to victory in the men’s race in 2:04:24.

Others were handballer Yusuf Pwoka for his good performance during the Africa Under 18 Handball for Kenya despite quarterfinal elimination, Hamza Anwar for winning the ARC Junior title and Frrankfut

Karan was all smiles and here is what he had to say about his winning experience in Zambia: “It’s always a great feeling winning individual awards. But we were not too disappointed for finishing second overall in the 2022 FIA African Rally series, I mean, we have had a good season; we put in hard work and won four out of six events.” 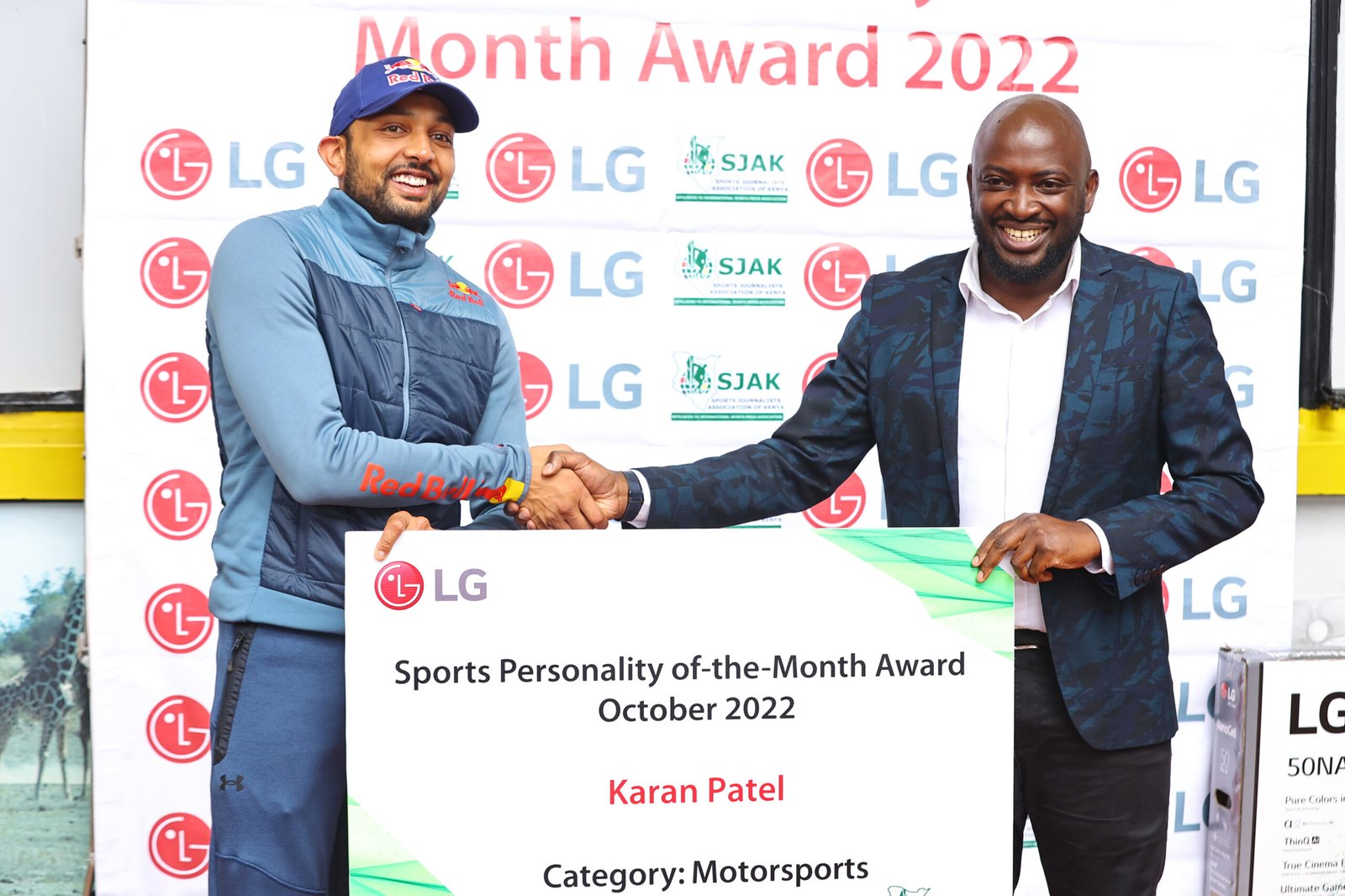 Karan Patel receives his award from an LG representative

Speaking while awarding the winner, William Kamore, the Content manager LG East Africa, said their partnership has over the years boosted players’ morale to target higher limits in sports across the country.

“We are grateful to have had the opportunity to support SJAK and our sports personalities over the last seven years. Within this period, we managed to reward many of the said personalities and empower them in their journey to the top.”

Manvir got his mitts on the SPOM June trophy in 2018 for his stellar drive on ARC Zambia outing, McRae Kimathi for his WRC3 podium on WRC Rally Sweden 2022 where he also became the first Kenyan to finish a rally on snow and indeed Onkar and Maxine who both racked up the third tier WRC3 on WRC Safari editions of 2022 and 2022 respectively.

My father’s harshness made me a star – Max Verstappen
Mercedes F1: What Really went Wrong