Leticia Bufoni: One of the most prolific female skateboarders Leticia Bufoni: One of the most prolific female skateboarders. Photo/ The Bridge.

Leticia Bufoni is undoubtedly one of the most prolific female skateboarders in the world. She is among the most famous female athletes.

Leticia Bufoni is a six-time X Games gold medalist who began skating at the age of nine in her native Brazil. 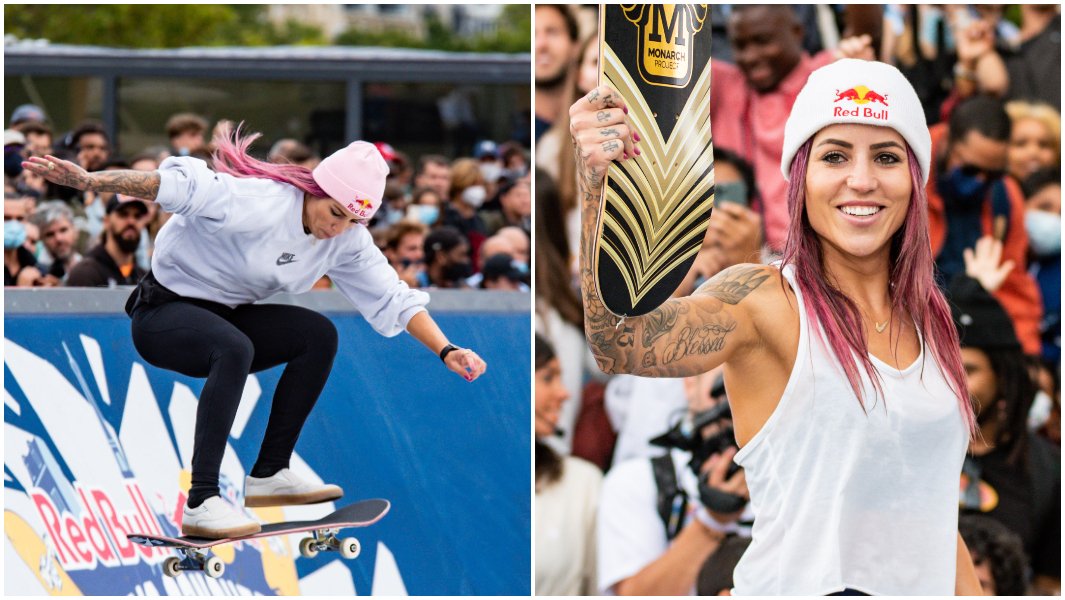 Leticia, the first female athlete featured on The Berrics’ Push project, was the first woman skateboarder to ride for Plan B.

The 29-year-old has a unique riding style and a fearless attitude, which has made her a force to reckon with in the skateboarding world.

She often wears leggings and occasionally puts on makeup when skating. Leticia has her private skatepark, where she spends time skating.

Leticia Bufoni was born in Sao Paulo, Brazil on April 13, 1993. She has two older sisters.

Before Leticia began skating, she was into capoeira, a famous Brazilian martial art that combines music, acrobatics and dance.

Leticia began skating with other boys in her neighbourhood at the age of nine.

Since Leticia was the only girl in a group of ten boys skating, her father, Jaime Jose da Silva, smashed her board so she could stop skating. Leticia’s grandmother had bought her the skateboard when she was eleven years old.

Leticia’s father would later allow her child to follow her dream of becoming a skateboarder, which she fulfilled by becoming one of the most prolific female skateboarders.

Leticia moved to the United States with older friends when she was 14. She joined Hollywood High School but missed so many classes that the school’s administration wanted to expel her. She later dropped out of school without being expelled.

She won the Maloof Cup Money for the second time in 2010.

In 2013, Leticia Bufoni, one of the most prolific female skateboarders, was nominated for an ESPY Award, Best Female Action Sports Athlete.

The Brazilian-American was the first winner of the Street League Skateboarding Women’s SLS Super Crown World Championship held in Chicago in 2015.

Leticia became the first female skater to sign for Nike SB in 2015. She became Nike’s second-most-valuable female athlete that year.

Leticia suffered what is arguably the worst injury of her career in 2016 after a lipslide slam. The Brazilian international broke a bone in her hip, suffered a concussion and lost her eyesight for several hours.

As a result of the injuries, Leticia underwent ankle and knee surgeries. She recovered from the injuries and continued with her skating career.

Leticia Bufoni was the first female skateboarder to participate at the Red Bull Hart Lines in 2017. She entered the Guinness World Records in 2017 for having the most wins in the World Cup of Skateboarding.

The Brazilian is the official athlete representative for World Skate, the International Olympic Committee.

Leticia was first place at X Games Skateboard Street in Vista, California, last year. She got into Guinness World Records in 2022 for the most medals in Women’s Street (5) and most medals by a female in a Summer X Games discipline.

2. She has several tattoos all over her body. The tattoos include an eagle, an aeroplane, skulls, the words ‘Tudo Passa’, ‘Hope’, ‘Trouble’ and ‘Blessed’ and a rose. 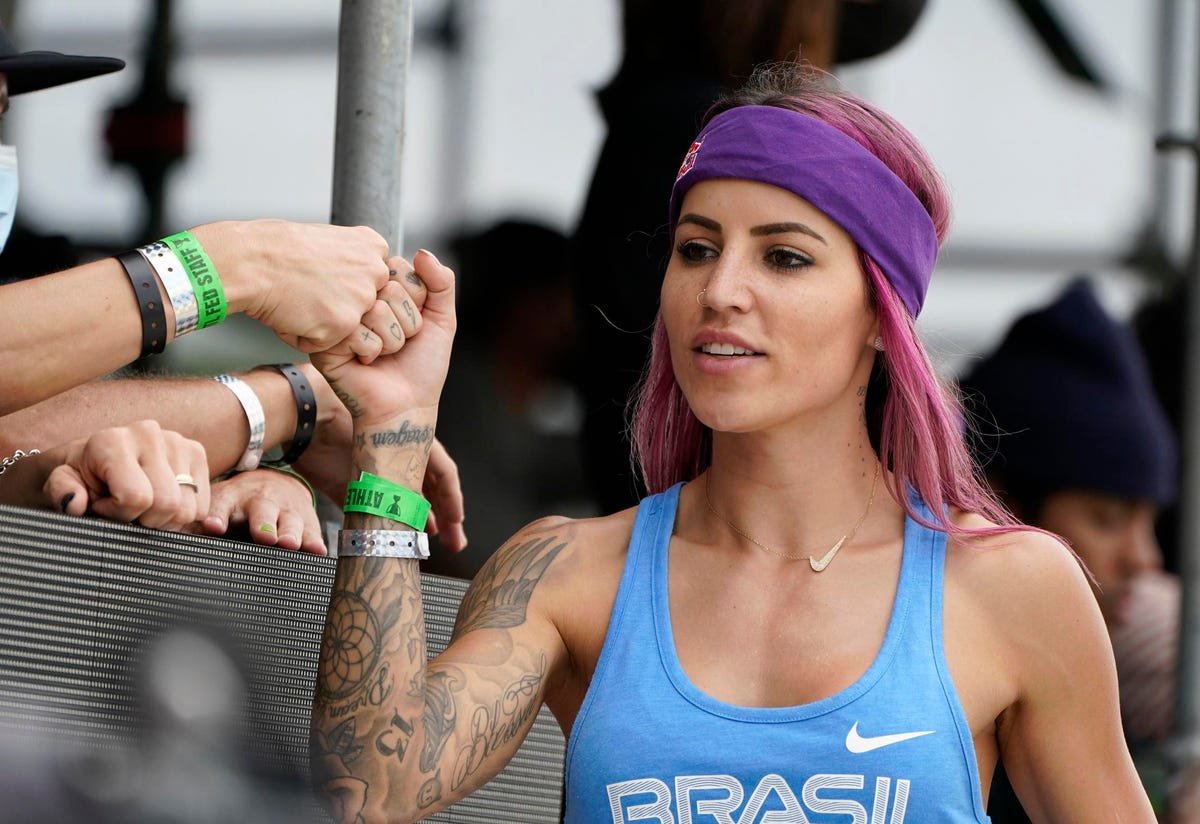 5. Her favourite music genre is rap, and she enjoys going to gigs, especially the Arts Festival and the Coachella Valley Music.

7. Leticia Bufoni is a football fan who supports Paris Saint-Germain and Corinthians.

8. Leticia, one of the most prolific female skateboarders, enjoys swimming, playing soccer and teqball, skydiving and kart racing.