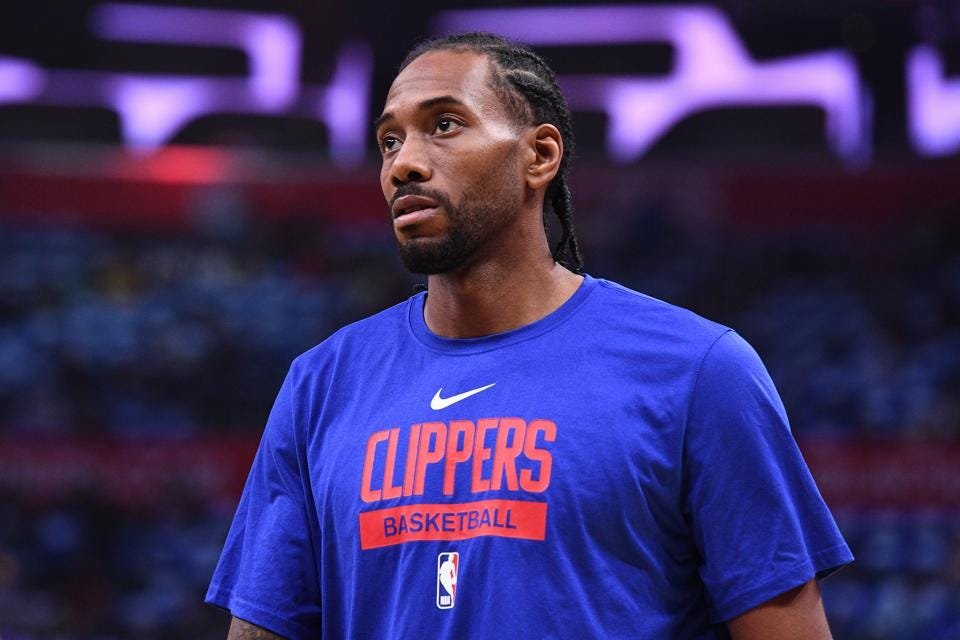 Kawhi Leonard of the LA Clippers is feeling better, but head coach Ty Lue stated there is no estimated time for him to recover from a sprained right ankle  that he is currently nursing.

Without its two greatest players, Leonard and Paul George, the Clippers faced the Golden State Warriors on Wednesday night. George missed his second straight game due to a right hamstring tendon strain. The Clippers don’t have a schedule for when George will return, according to Lue.

For Friday’s home game against the Denver Nuggets, Leonard and George are out.

Leonard and George exercised and received treatment in Los Angeles on Wednesday, according to ESPN’s Malika Andrews, and Leonard is anticipated to undergo another evaluation in a few days. 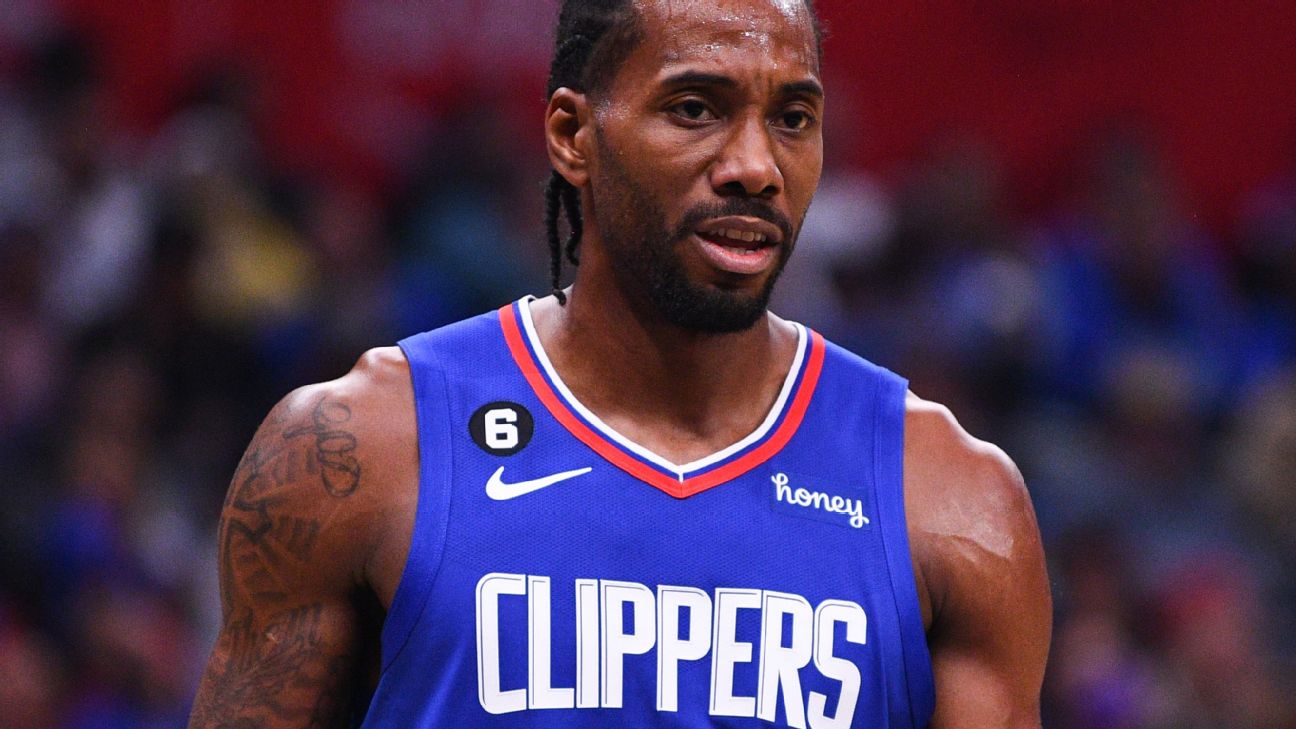 Kahwi Leonard in action during a past NBA match for LA Clippers, the forward is out due to an ankle injury, | PHOTO: ESPN |

Leonard “woke up with some soreness in his ankle,” according to Lue, when asked what changed after Monday night’s game when the coach stated Leonard looked like he would be OK.

“Saw the play. It was a little more than we thought,” Lue said. “But he’s OK, feeling better, getting better. So we don’t know a timetable right now though.”

For the Clippers, who were defeated 124-107, guard Luke Kennard missed his fourth game on Wednesday due to a right calf issue.

When Leonard attempted to block a shot late in the fourth quarter on Monday and landed awkwardly, he rolled his ankle. Leonard stated, “I should be alright,” following that game.

George hasn’t played since being kept out of the second half of a victory over San Antonio last Saturday.

The Clippers lost to Golden State Warriors 107-124 on Thursday without both Kawhi and George who are amongst their best players. 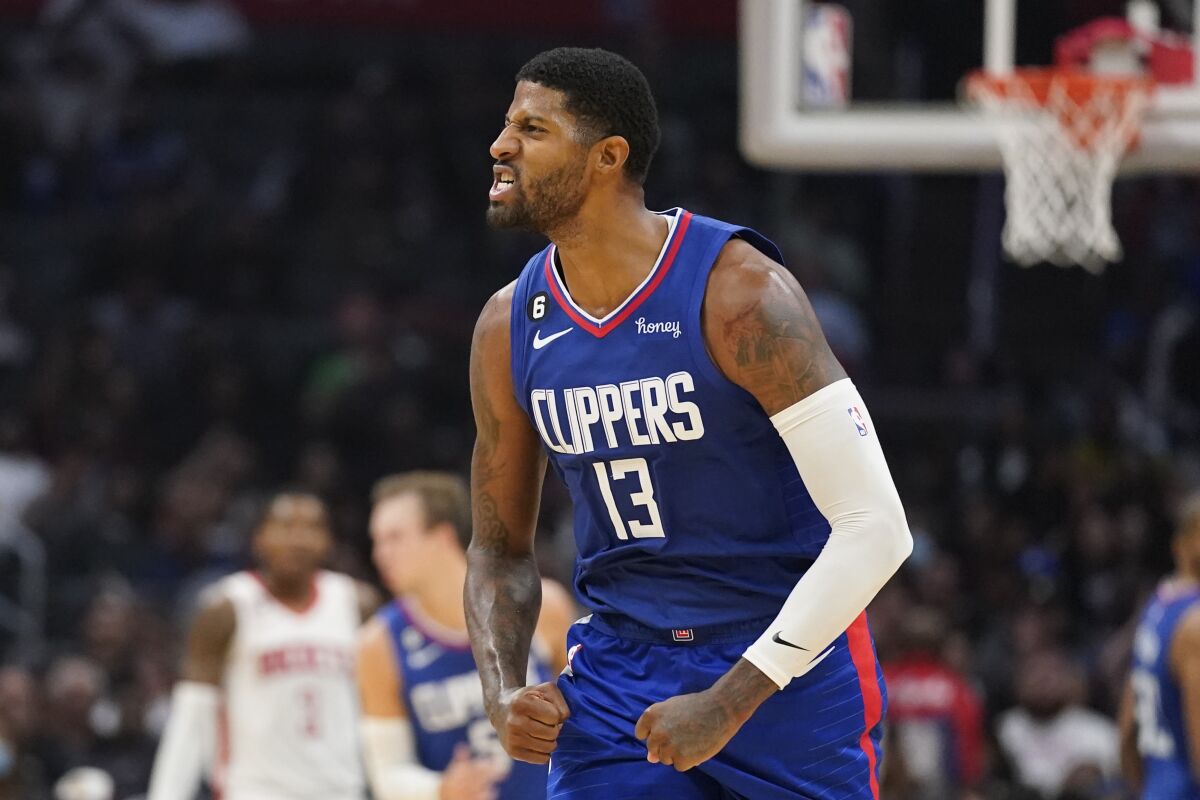 Paul George during a past match for LA Clippers in the NBA. | PHOTO: Los Angeles Times |

In the match played at the Chase Center Arena Wiggins scored a season-high 31 points, hitting back-to-back 3-pointers during a key stretch midway through the third quarter, and the Golden State Warriors beat the Los Angeles Clippers 124-107 on Wednesday night.

Wiggins shot 12 for 18 and matched his most 3-pointers this season with six in his third straight 20-point performance.

The 2022 NBA finals MVP Stephen Curry added 22 points, nine assists and six rebounds, while Thompson scored 18 points. He hit his first three shots and two 3-pointers and four of his initial five shots on the way to 15 points in the opening quarter.

The Clippers will host the Indiana Pacers on Sunday following their contest against the Nuggets on Friday.