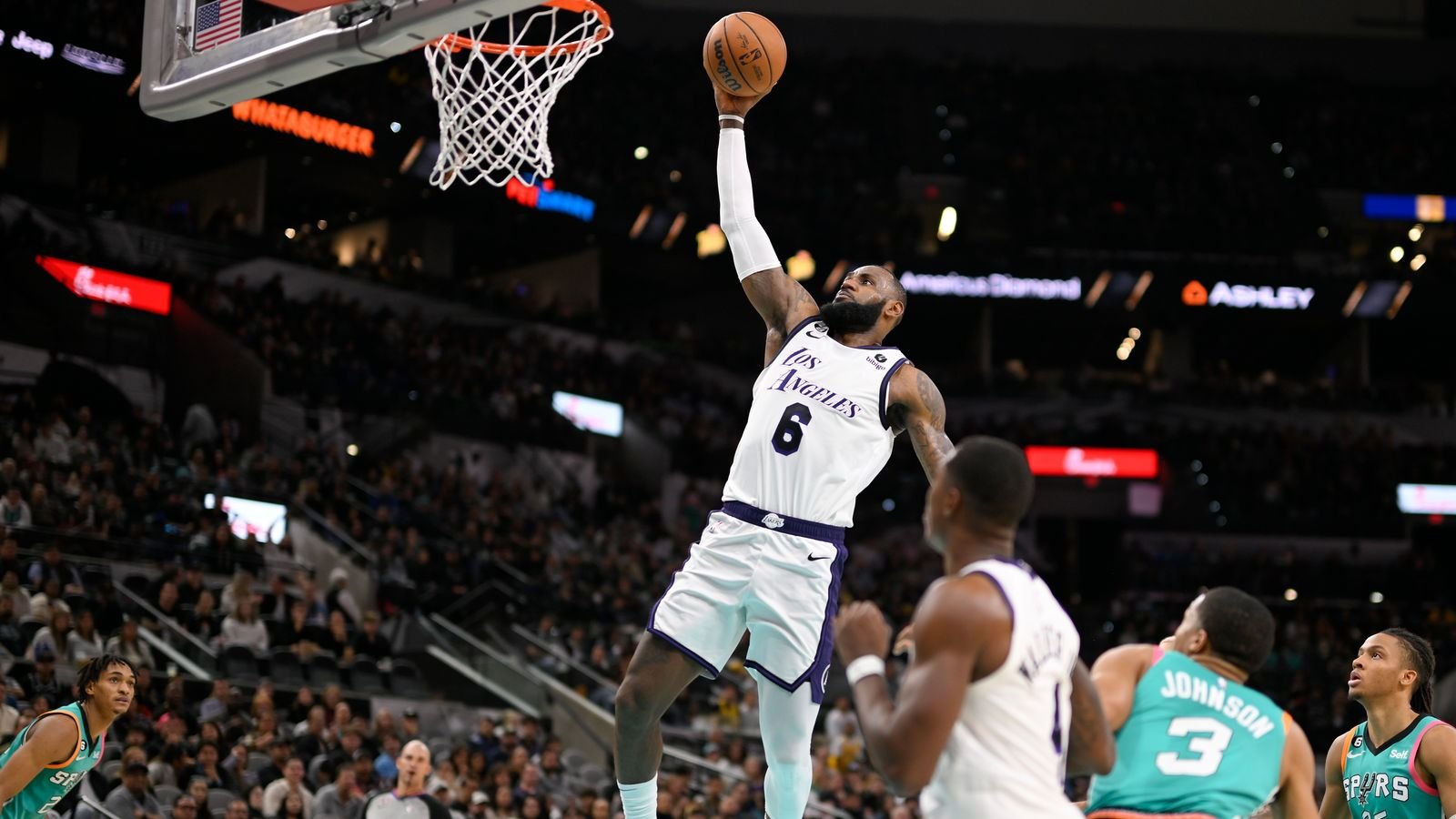 After missing five games due to a left groin strain, LeBron James of the Los Angeles Lakers made his return against San Antonio Spurs on Friday night. He teamed up with Anthony Davis to take control of the game in the fourth quarter.

James accrued a plus-minus of plus-14 in the fourth quarter in just nine minutes. He and Davis scored a combined 19 points in the fourth, compared to the Spurs’ 19 points on 29.2% shooting as a team. 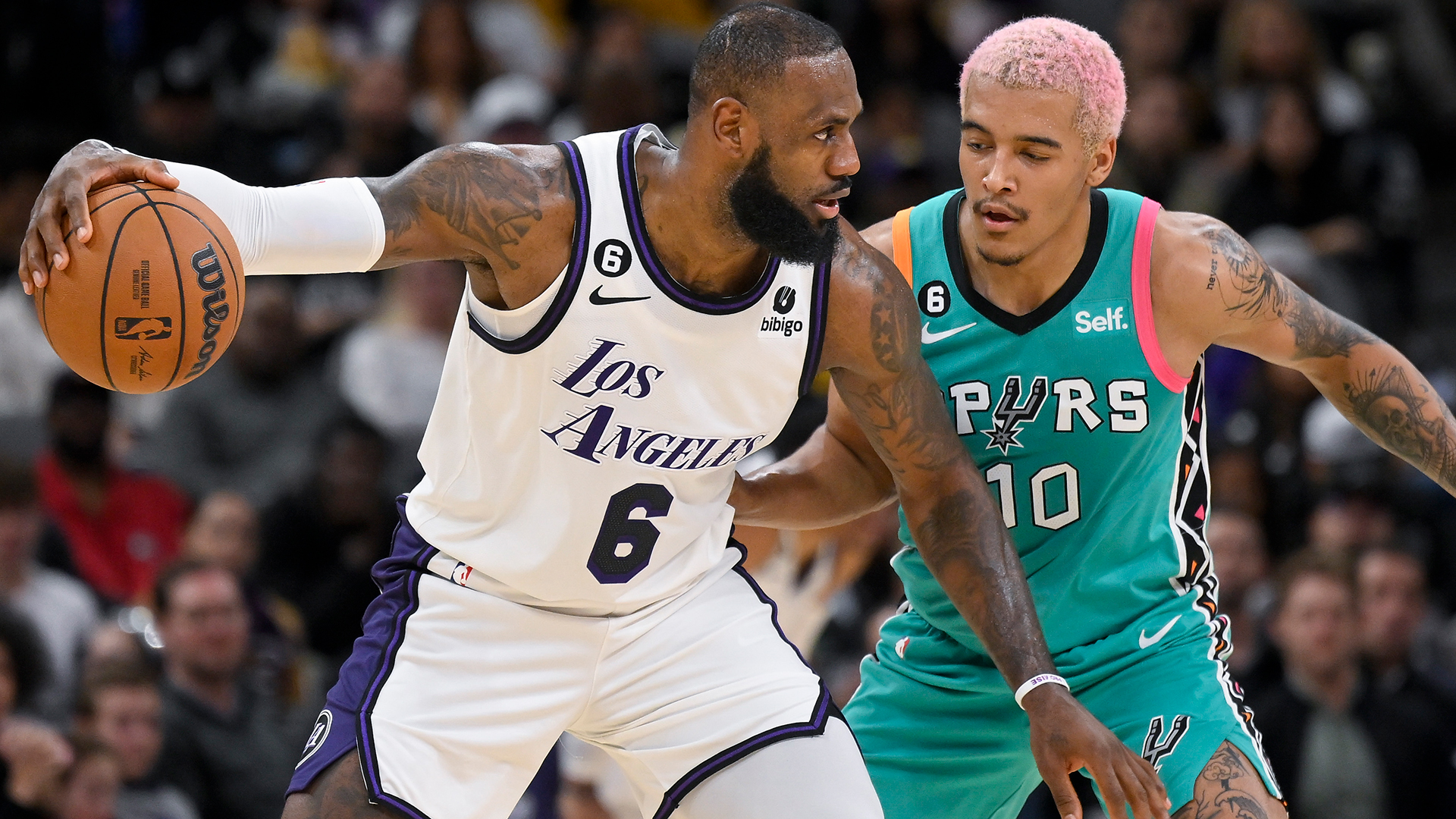 “His voice, leadership, his playmaking, scoring ability — I think it all came into effect tonight,” Davis said. “Especially down the stretch, pick-and-roll and calling plays and stuff. I think it was really good for us.”

James started for the Lakers, along with Davis, Lonnie Walker IV, Troy Brown Jr., and Dennis Schroder, who made his first start of the season as a point guard. In 33 minutes, James added eight rebounds, five assists, and three steals as Los Angeles earned its first victory on the road this year.

James also had nine turnovers in the match.

Without James, Los Angeles went 3-2, including a three-game winning streak, with Davis raising his level of play in James’ absence. Davis averaged 33.2 points and 17.4 rebounds in those five games, scoring a season-high 38 points in a win over Detroit at home on November 18.

With 25 points and a game-high 15 rebounds on Friday night, Davis led all scorers. He fell short of having his fifth straight 30/15 game by five points.

According to Schroder, the Lakers’ was able to separate themselves from the Spurs by holding them to 60 points total in the first, second, and fourth quarters because of Davis and James’ defensive dedication. 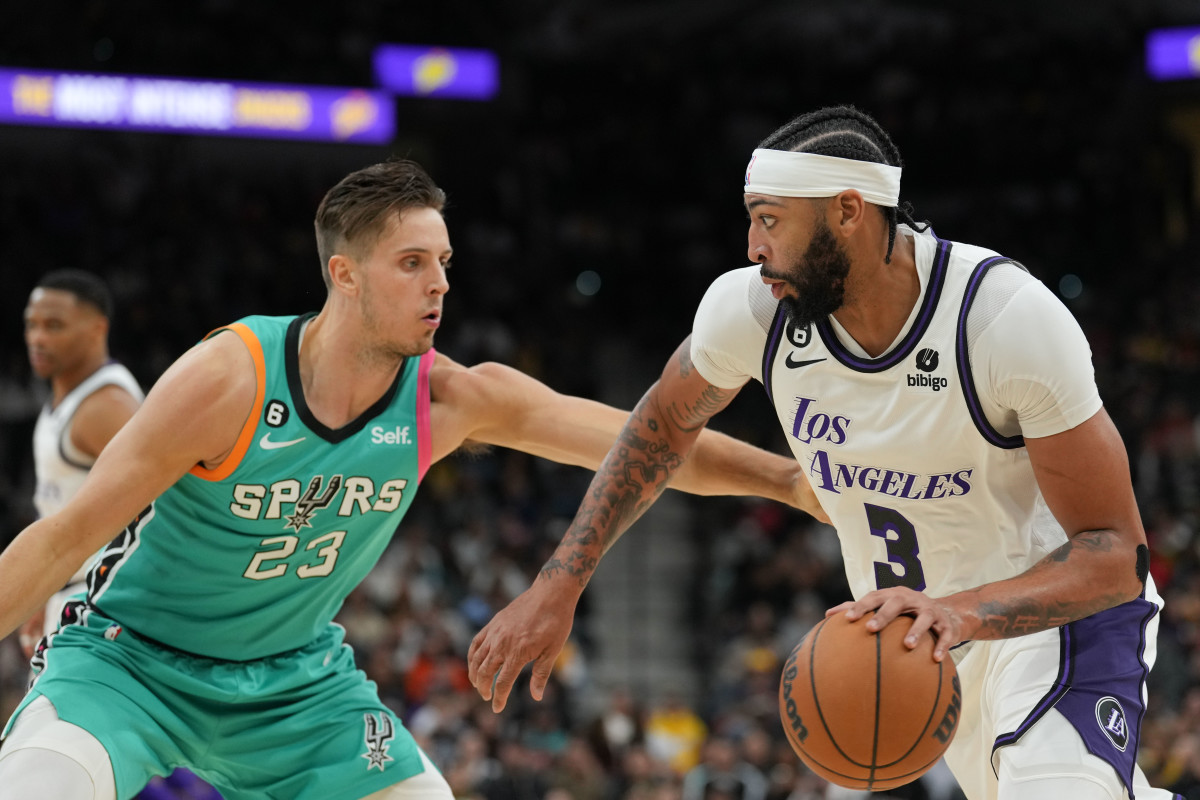 Juan Toscano-Anderson, who had been out with back tightness, and rookie Max Christie, who was in the health and safety procedures, both made their court-side comebacks for the Lakers against the Spurs.

When the groin injury occurred late in the Lakers’ defeat to the LA Clippers on November 9, he had been sidelined since then. James claimed that his “excellent” Thanksgiving Day workout at the University of Texas at San Antonio earned him permission to return.

Due to Patrick Beverley’s three-game ban for pushing Suns centre Deandre Ayton to the floor during Los Angeles’ 115-105 loss to Phoenix on Tuesday, Schroder was given the opportunity and provided nine points and five assists with the first unit on Friday.

James implied that he intended to play the second leg of the back-to-back between the Lakers and Spurs, who will square off again on Saturday night in San Antonio.
Related TopicsAnthony DavisBasketballFeaturedLebron JamesLos Angeles LakersNBASan Antonio Spurs