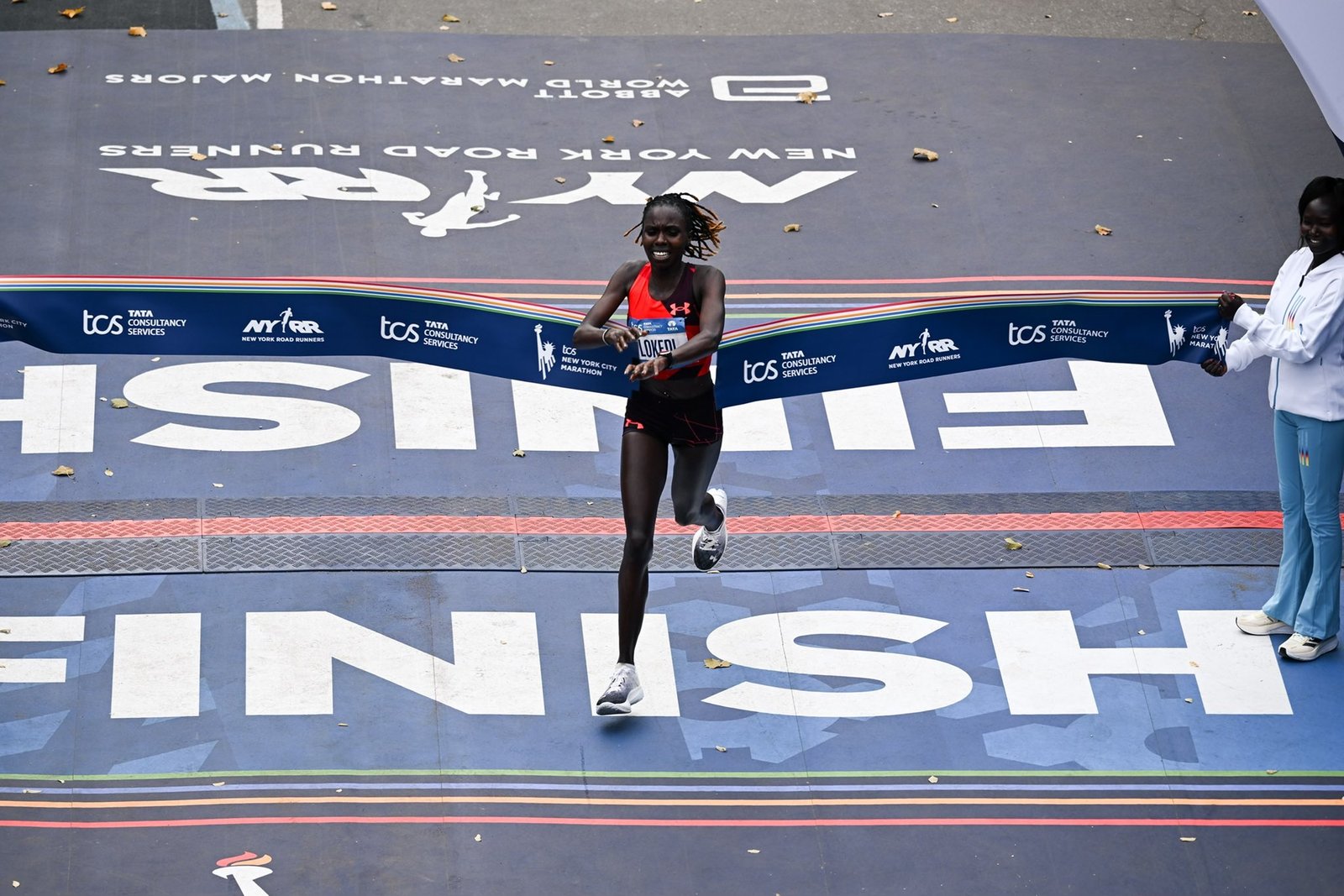 Kenyans ruled the roads in the United States of America once again as Evans Chebet and Marathon debutant Sharon Lokedi won the titles at the New York Marathon on Sunday.

Chebet who won the Boston Marathon title early this year won the men’s race in a time of 2:08:41 while Lokedi won the women’s race, in her first ever Marathon, in a time of 2:23:23.

Lokedi, 28, moved to the United States at the age of 14 and her hard work towards the marathon paid off, as she clinched the title.

Kenyan born Israeli Lornah Salpeter was second in 2:23:30 while World Champion Gotytom Gebreslase was third in 2:23:39. The experienced Edna Kiplagat was fourth (2:24:16) while Viola Lagat who was second last year was fifth in 2:25:34.

Another debutant, Hellen Obiri, finished sixth, clocking 2:25:49 in her first ever Marathon.

In the men’s race, Ethiopian Shura Kitata was second in 2:08:54 after failing in his last minute bid to chase down Chebet as Abdi Negeeye of the Netherlands completed the podium in 2:10:31.

The only other Kenyan in the top 10 was Albert Korir who finished in seventh place after timing 2:1327.

“I knew I had experienced because Boston is harder than New York and I was ready. I felt that my body was in good shape and I was ready to go all out and win,” Chebet said after his win.