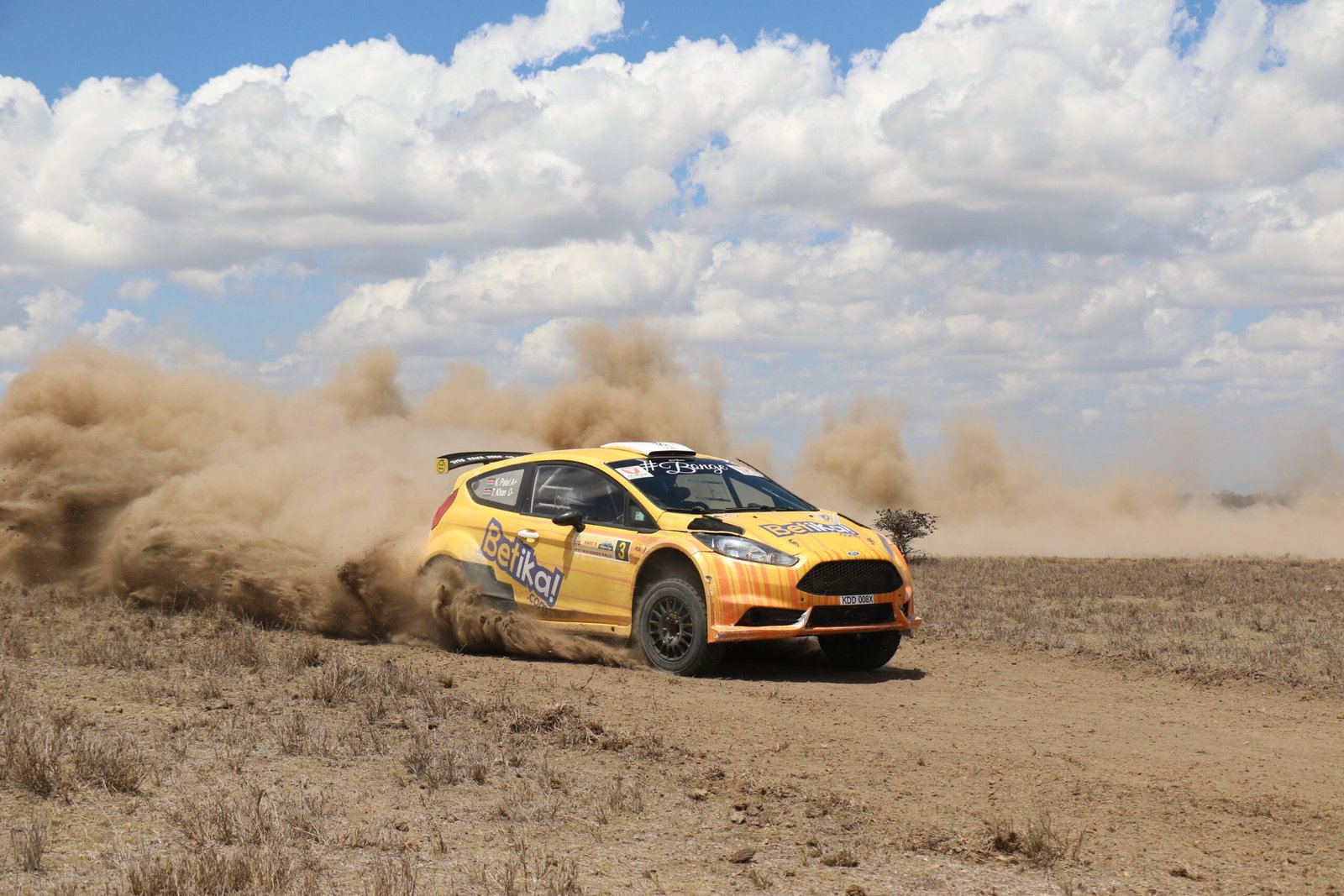 Karan Patel at the Machakos Rally

Karan Patel racked up his sixth win of the season at the RSC Machakos Rally to cut Jasmeet Chana’s Kenya National Championship lead to 9 points going into next month’s season-closing race in Voi.

Chana savored a 20-point advantage going into the penultimate round at the expansive Lisa Ranch but Karan’s Power Stage win and outright victory saw him rekindle hopes of a maiden title.

What this means is that Chana must finish in the second positing during next month’s Guru Nanak Rally if Karan wins the Sikh Union organized season-ender.

Leonardo Varese and his partner Kigondu Kareithi sealed the Kenya National Division Three and Two Wheel Drive championship titles following their seventh finish of the season in their Toyota Auris.

They finished the penultimate RSC Machakos Rally in 10th overall position to achieve the feat.

They had already amassed an unassailable lead in both championships going into Lisa but only needed one more event to attain the much-needed 75% threshold.

Karan’s navigator Tauseef Khan was all smiles but was left to rue their retirement in Bamba last month which handed Chana all the advantage.

“It’s been a good season for us until last month in Bamba where we broke our gearbox. So ,we are here in Lisa with one race to go and we are happy for the win”

“The stages here were good and more favorable to the R5, quite twisty in a lot of places. But we weren’t pushing too hard as we just wanted to have a good run and ensure we were ahead in the race,” Tauseef said.

Hamza Anwar on his part said: “We had fun. It’s been a while since we sat with Riyaz (Ismail). Unfortunately, my regular navigator (Adnan Din) could not make it for the race. All in all, Riyaz did well and we got the car back home with some seat time to boot.”

Chana was left to rue sweeping the black cotton Lisa roads: He said: “The championship has become a bit tighter now. Hopefully, let’s see how it goes in Voi. But we will be positive. We will still fight to the very end. Opening the roads was not a very good idea today. We had a lot of animals which we had to stop for. But then again, that’s rallying.”

FIA Rally Star Maxine Wahome had to retire early from the race due to an electrical issue.

“We had started so well but unfortunately we have had to pull the car out. It is disappointing but we focus on the next rally,” she said.