Meet Holly Holm, the first fighter to hold a title in boxing and UFC 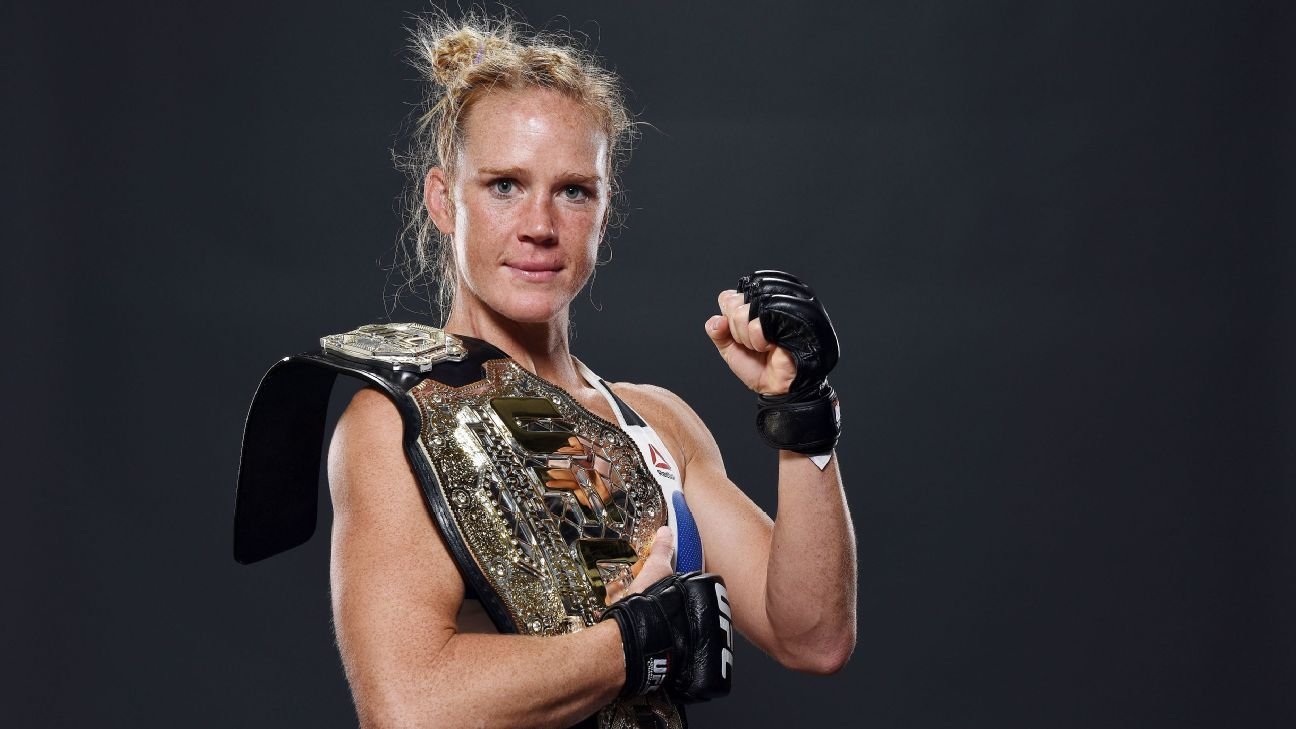 Meet Holly Holm, the first fighter to hold a title in boxing and UFC. Photo/ ESPN.

Holly Holm is a well-known mixed martial artist who competes in the Ultimate Fighting Championship. 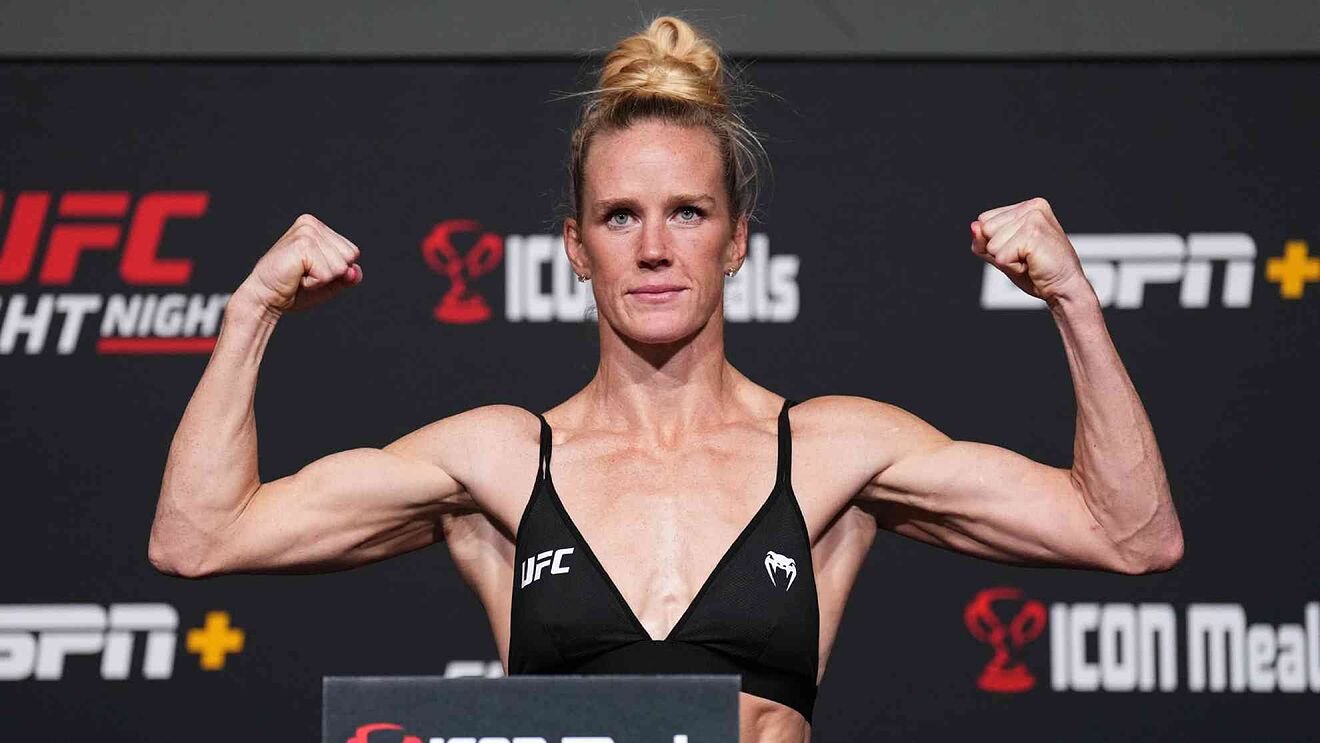 The 41-year-old is widely regarded as one of the greatest MMA fighters of all time. She is a former UFC Women’s Bantamweight champion.

Holly Holm is the first and only fighter to hold a title in boxing and UFC.

Holly Holm biography states that she was born on October 17, 1981, in Albuquerque, New Mexico. She is the last child of Roger (father) and Tammy (mother).

Growing up, Holly Holm was an active child who played soccer and participated in swimming, diving and gymnastics.

Holly Holm began taking aerobics classes when she was 16 years old. Her trainer, Mike Winkeljohn, noticed she had the potential to become a fighter, so he started training her.

The American international has an amateur kickboxing record of 6-0-2.

Holly Holm’s first professional boxing match was against Martha Deitchman on January 25, 2002, in Albuquerque, New Mexico. She won the fight via TKO.

Holm suffered her first boxing loss in her tenth match on June 27, 2004. She lost to Rita Turrisi via TKO.

The skilled fighter won the inaugural IBA female light welterweight title in her next bout, which was against Terri Blair. 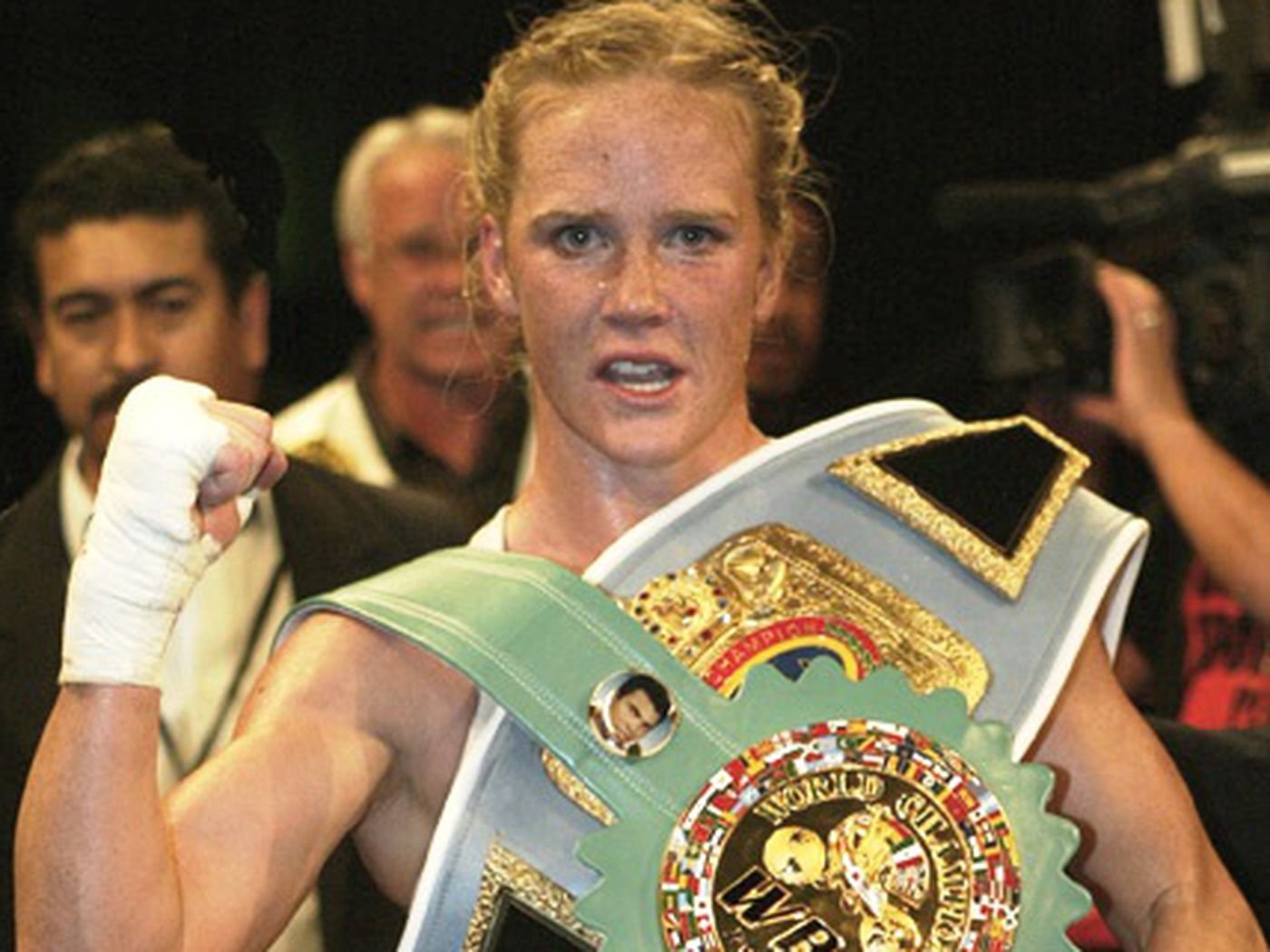 Holly Holm’s last professional boxing match was against Mary McGee on May 11, 2013. She won the fight via unanimous decision.

The American international has a pro boxing record of 33-3-2. She is widely regarded as one of the greatest female welterweight female boxers of all time.

Holly Holm made her mixed martial arts debut on March 4, 2011, against Christina Domke. She won the fight via TKO in the second round.

Holm joined Bellator MMA and made her debut on February 28, 2013, at Bellator 91 in New Mexico. She won the fight, which was against Katie Merrill, in the second round.

The legendary boxer joined Legacy Fighting Championship a few months later and made her debut on July 19, 2013. She fought against Allana Jones, winning the bout in the second round.

The media announced on July 10, 2014, that Holly Holm had signed a deal with the UFC. She made her debut at UFC 184, defeating Raquel Pennington by a split decision.

Holly Holm became the second fighter to take Ronda Rousey past the first round (after Miesha Tate) when they met at UFC 193. She won the fight in the second round and became the Women’s Bantamweight champion.

Holm lost the title in her next fight against Miesha Tate at UFC 196. She faced Germaine de Randamie for the inaugural women’s featherweight championship at UFC 208 but lost the fight via unanimous decision.

Holm’s latest fight was against Ketlen Vieira at UFC Fight Night in Las Vegas. She lost the bout via split decision.

Holly Holm biography would be incomplete without talking about her personal life. The 41-year-old has a close relationship with her parents and brothers.

Holm’s father is a Church of Christ preacher and her mother is a massage therapist.

What is Holly Holm’s net worth?

She has an estimated net worth of $4 million.

How old is Holly Holm?

Who is Holly Holm’s boyfriend?

Holm and her husband, Jeff Kirkpatrick, separated in 2019.

Does Holly Holm have kids?

Holm has no kids.

How much does Holly Holm make a fight?

Meet Amanda Nunes, the first openly lesbian UFC champion
Truth about boxing gloves and other boxing facts you should know