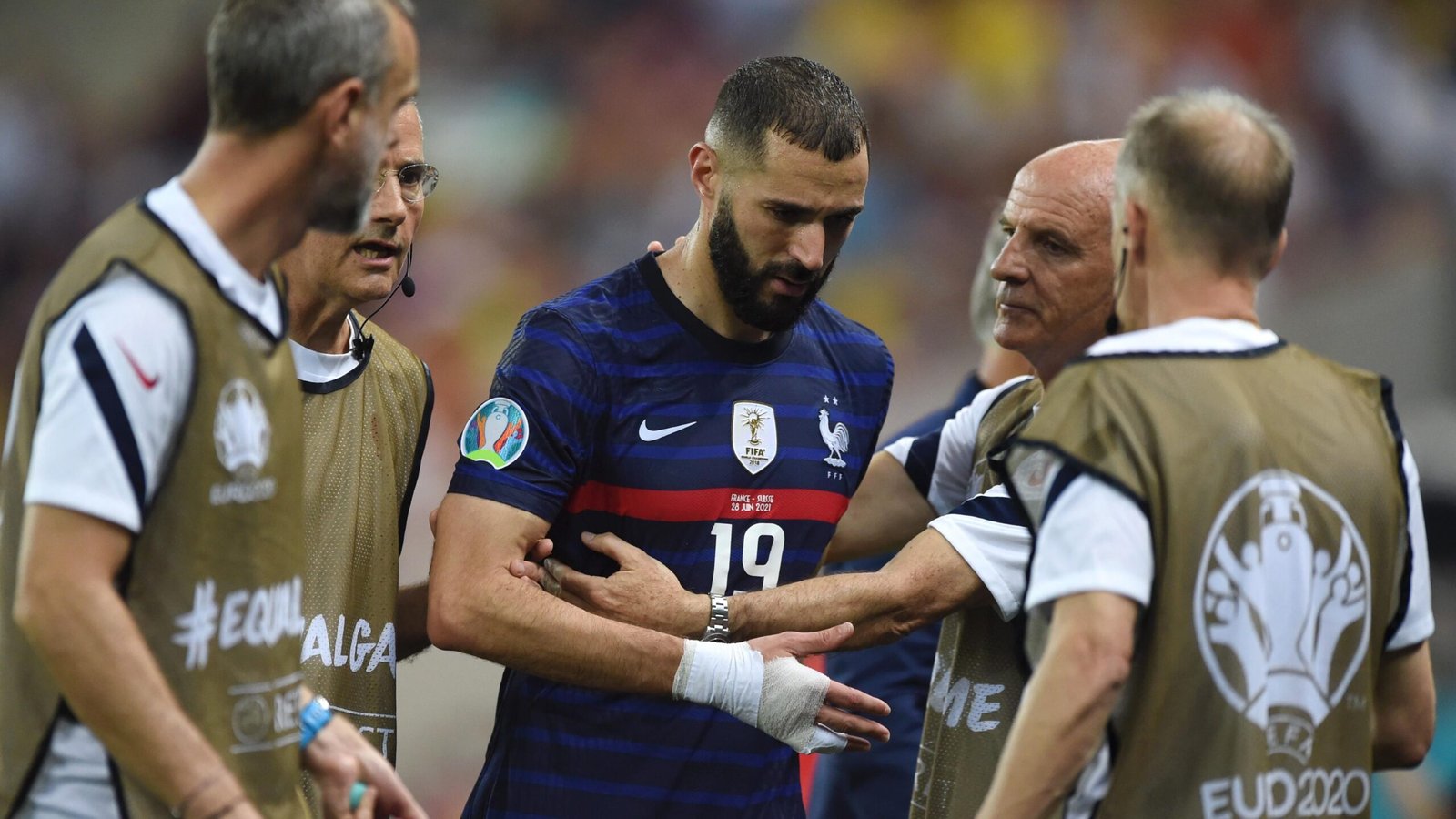 Another blow for the last World Cup Winners, France, as Karim Benzema pulled out of a training session with an injury. The French Veteran Striker had been training separately with his counterpart Raphael Varane. Although the extent of the injury is yet to be known, tensions are rising in the camp as this incident comes just days after Christopher Nkunku suffered a tournament-ending injury that saw him miss out on this year’s Qatar 2022 World Cup.

Benzema was scheduled to rejoin the Team for training on Saturday, but he could not finish the entire session, raising questions about his availability for the match against Australia on Tuesday.

A French outlet, L’Equipe, added: “The nature of his injury and its severity is not yet known, but his injury is of a muscular nature, which leaves a big doubt about the rest of his competition.” 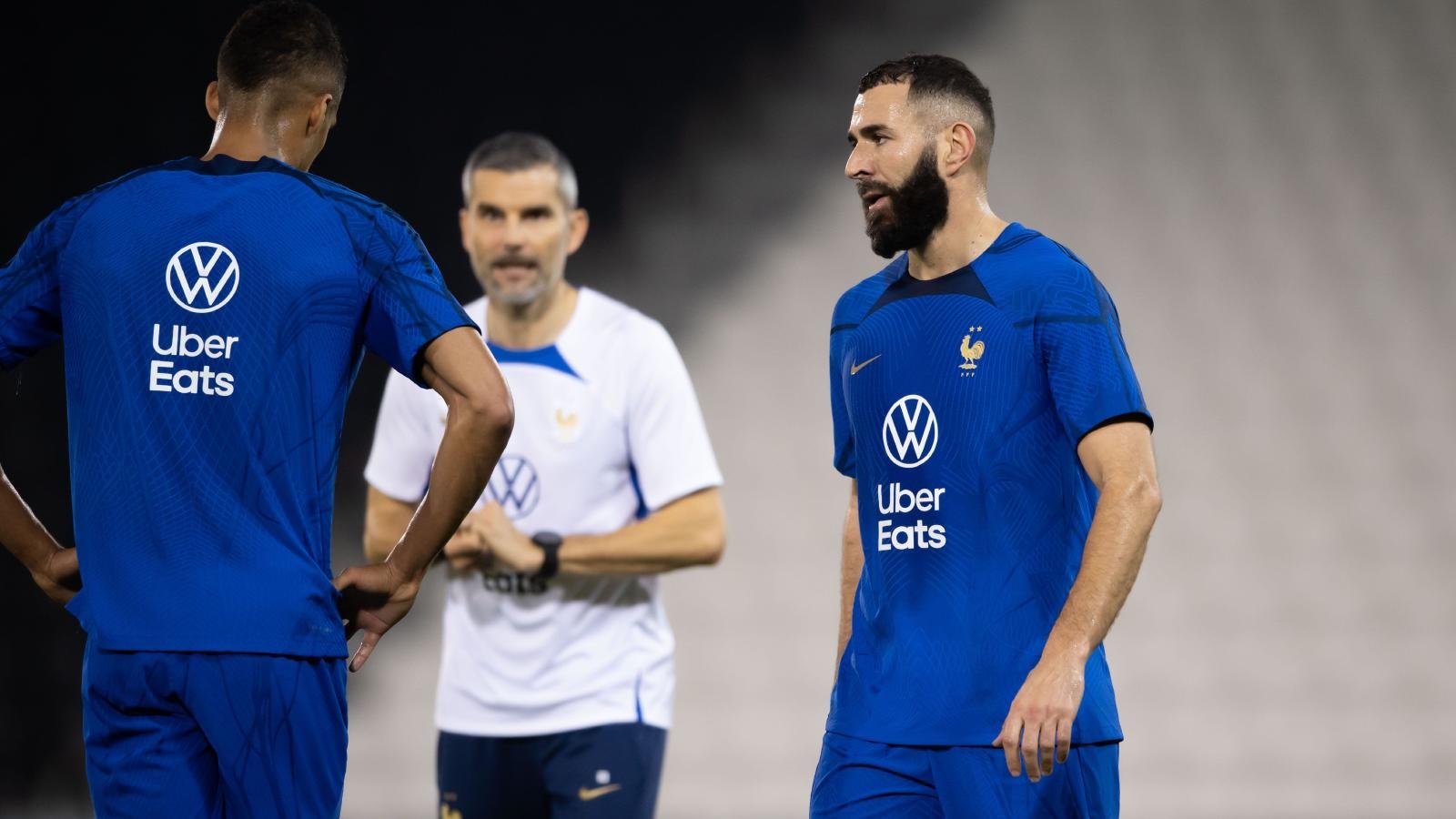 Karim Benzema in a past match for his Nation. |PHOTO: Daily Mail|

The 34-year-old Striker was suffering from an unspecified injury this season. He has scored 6 goals and assisted once in 12 games for his Spanish Team, Real Madrid. Due to his muscle issues, the Striker missed Real Madrid’s final four league games before the break and was scoreless in the Champions League group stage.

The forward is set to have a scan that will bring to light the extent of his injury.

Didier Deschamps has until Monday to decide whether to call a replacement striker if the scans reveal anything serious. Still, it is expected that the Ballon d’Or winner will miss out on France’s opening game against Australia.

With the forward close to 100 caps for the national side, he expected to re-write his story after missing out in the French Team that won the 2018 World Cup owing to an off-the-field scandal.

If the five-time Champions League winner misses the competition, it is unclear who will be called up to take his place. 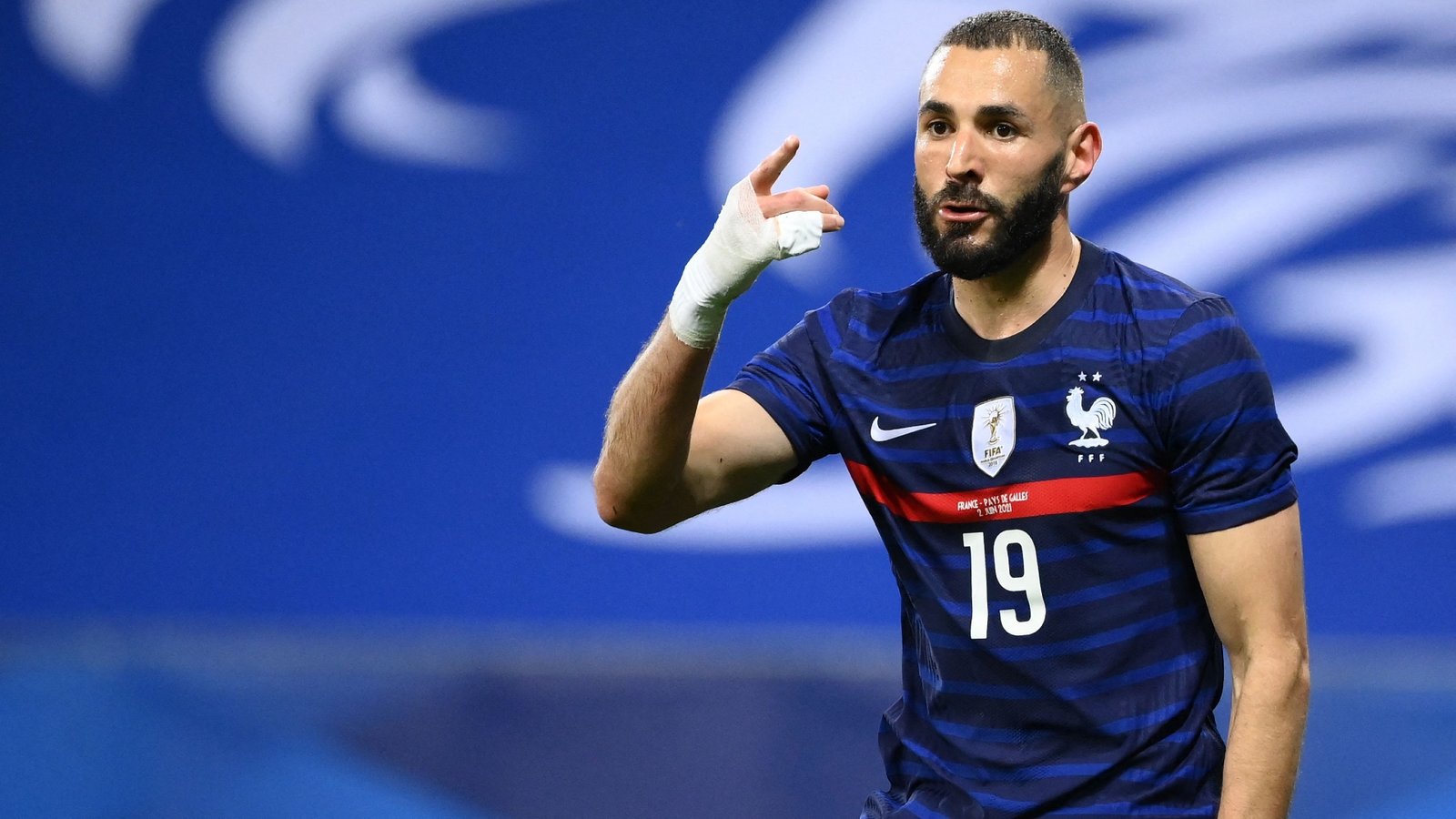 This news is a significant blow to France, which has seen its Squad deprived of World Class players like Paul Pogba (Juventus) and Ngolo Kante (Chelsea). This might force the Manager, Didier Deschamps, to change his play style in this year’s Qatar World Cup.

After beginning their campaign on Tuesday against Australia, France will concentrate on an all-European matchup with Denmark the following weekend.

On Wednesday, November 30, Les Bleus will play Tunisia to finish their Group.

With France being the favourites to win in their Group, they will go to the knockout rounds and face the Group C runner-up. That could be either: Argentina, Poland, Mexico or Saudi Arabia.