England 6-2 Iran: The Three Lions to a Perfect Start 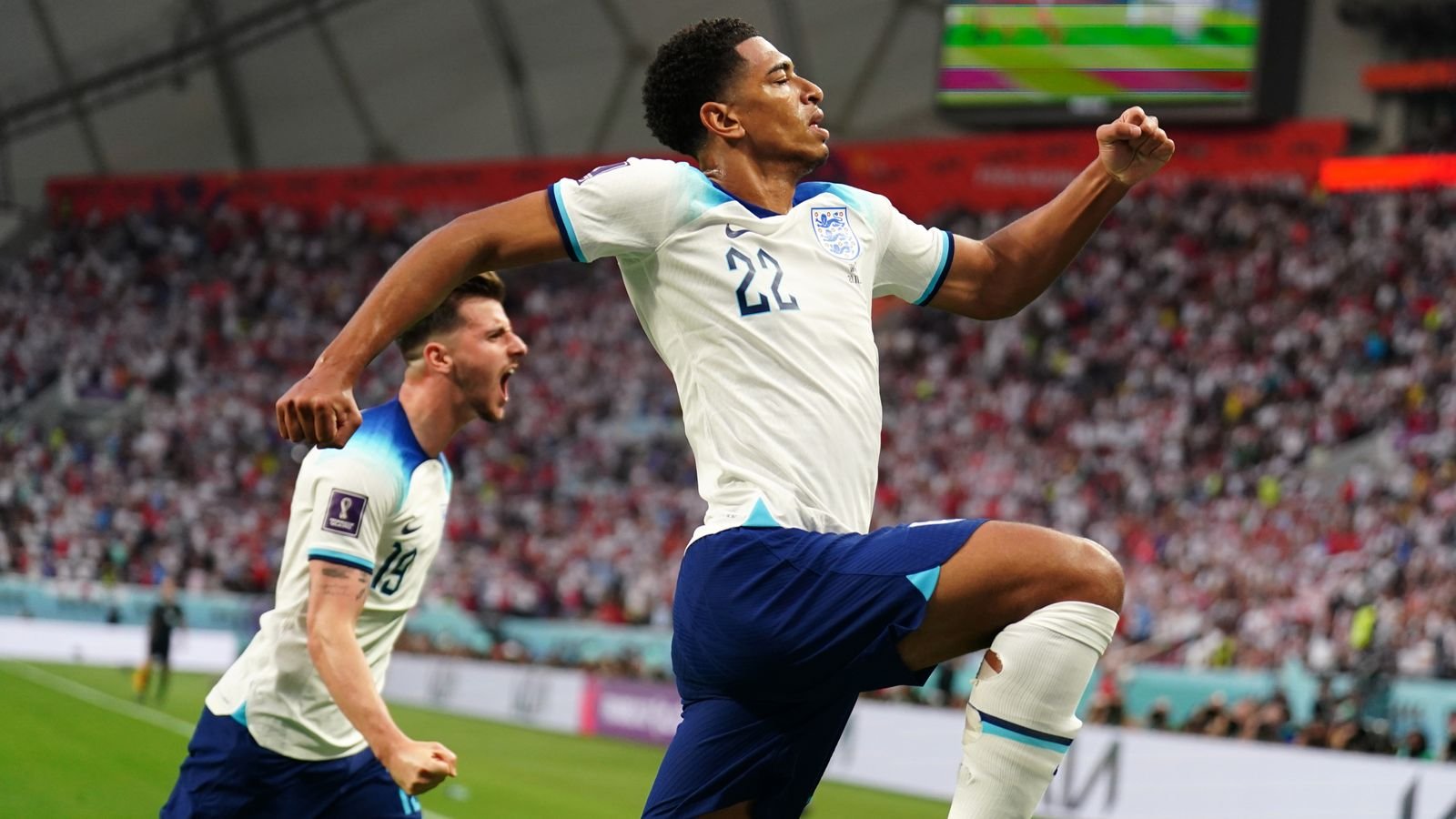 England scored six past Iran in what is their biggest opening match win in the World Cup. In a match that the Three Lions were favourites to win, the fans never expected such a significant goal margin as they beat Iran 6 – 2.

In a game dominated by off-field issues, England announced that Harry Kane would not represent OneLove at the World Cup in Qatar just Three Hours before kickoff.

With most fans expecting the Manager, Gareth Southgate, to name three central defenders, they were surprised by his selection for their opening game. 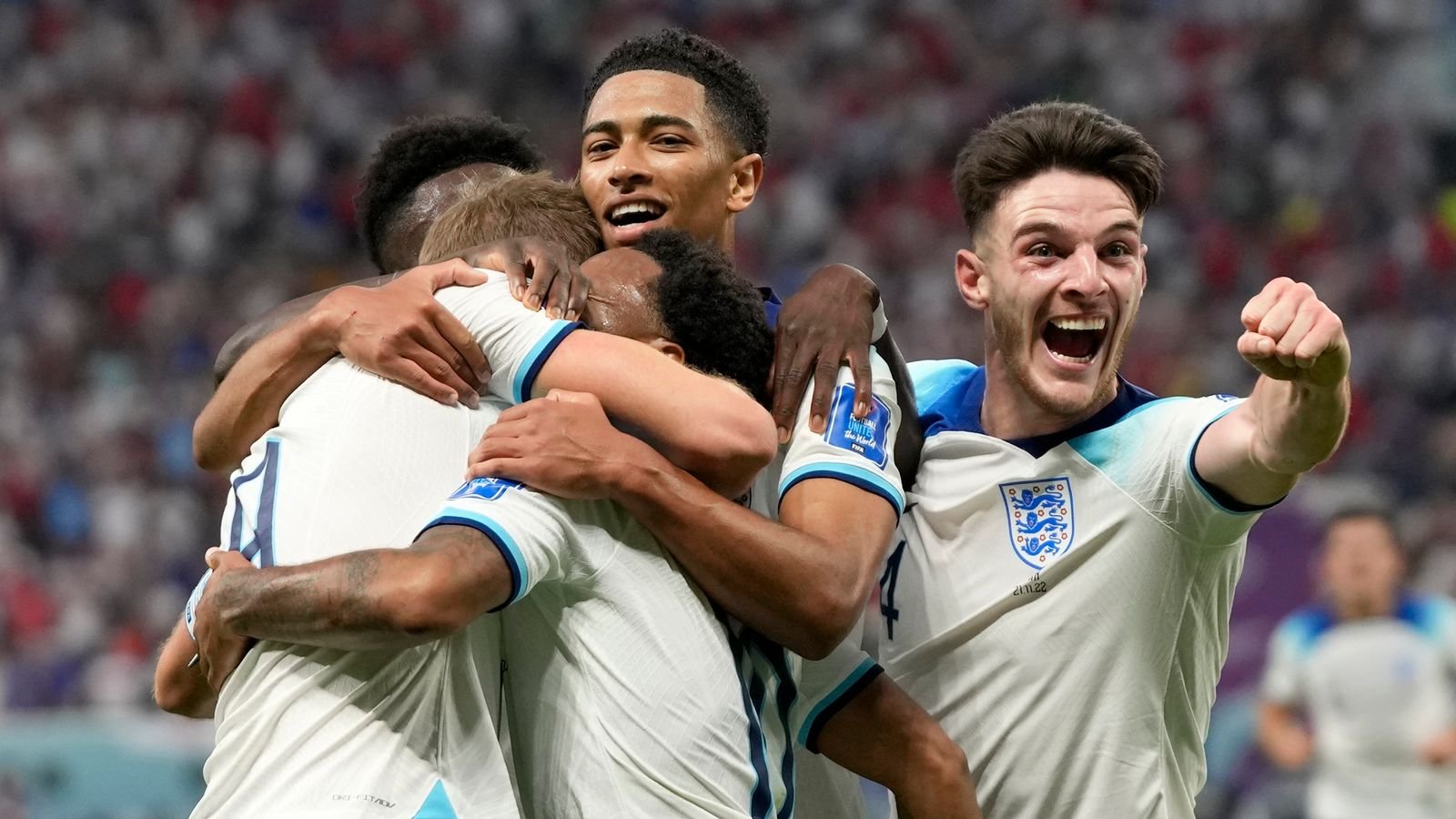 England Celebrate in a match against Iran. |PHOTO: Sky Sports|

Gareth Southgate named a side that consisted of the following:

The 45 334 fans in the Khalifa International Stadium (Doha) were treated to an opening goal from a beautiful cross-in for Jude Bellingham (35′) after a dominant opening quarter from the Three Lions.

The second came from a perfectly cushioned ball for  Bukayo Saka (43′). The inform Arsenal’s wonder boy is a one-to-watch-out player in this Qatar tournament. With England dominating possession and making it hard for Iran to play out of their half, the third was on the horizon, and it came from an unlikely scorer, Raheem Sterling (45 + 1′), who hasn’t had the best of starts in the Chelsea kit.

Saka, 21, then doubled his tally in a cooly-taken finish into the bottom corner, making it 4-0 in the 62nd minute. England fans were disappointed to see Harry Maguire walk off with a possible head concussion that saw Gareth Southgate bring on Eric Dier, Marcus Rashford, Jack Grealish and Phil Foden.

Rashford (71′) had an instant impact in just 26 seconds by scoring his first World Cup goal in a move that saw England’s Captain, Harry Kane, providing the assist.

Jack Grealish (90′) scored the last goal that saw England record their biggest opening match World Cup win. Despite the heroic efforts by England’s defence and Goalkeeper, Pickford, Mehdi Taremi was able to score 2 goals that reduced damage to Iran’s Goal difference, with his second goal coming after a VAR intervention that saw the referee point to the penalty spot. 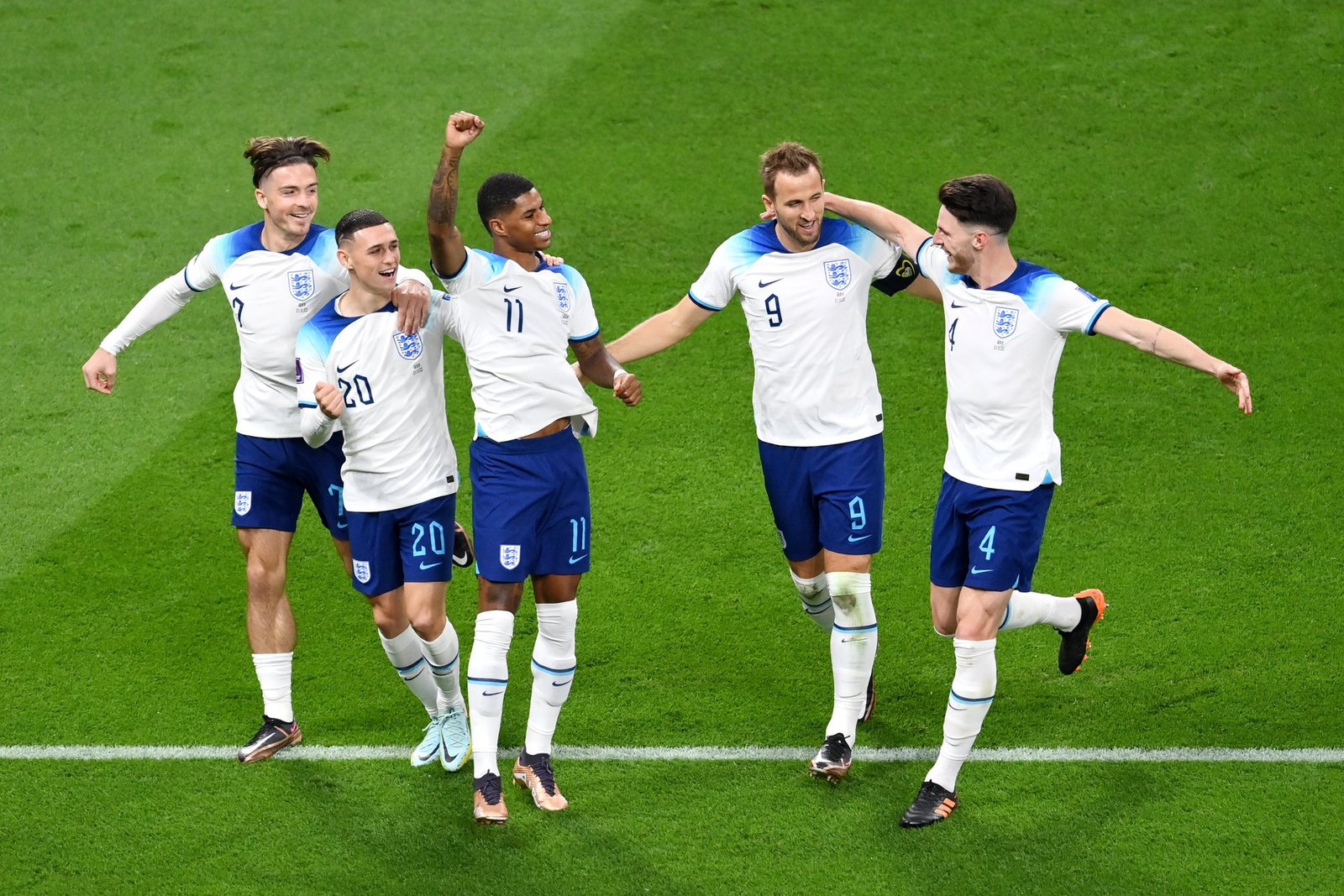 In order to keep his players “on the right track,” Southgate attempted not to praise them excessively during a post-game interview.
He undoubtedly wasn’t pleased with the penalty call in stoppage time, though.

Southgate: “I’m kind of fed up with the end of it. I’ve got to be incredibly thrilled to win by that margin and play the way we did for the majority of the game.”

The Manager then went on to praise Bukayo Saka and Jude Bellingham for their outstanding efforts in the game.

It was the start Southgate would have wanted from his team as they raced to the top of Group B, despite Iran’s late goal. Southgate has faced some criticism due to his team’s poor run of form going up to the tournament.

England will concentrate on Friday’s matchup against the USA before playing their last group game on Tuesday 29th, against Wales.