Casemiro Strikes as Brazil Qualify for the Knockouts 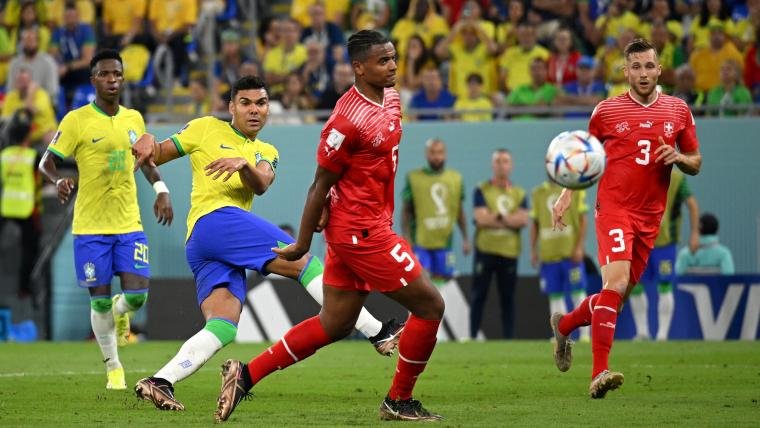 Manchester United midfielder Casemiro Strikes as Brazil Qualify for Knockouts as the five-time FIFA World Cup champions win 1-0 over Switzerland. With this victory, Brazil became the second team to qualify for the knockout stages of the Qatar World Cup.

Brazil got off to a fast start, dominating possession and spending the majority of the game in Switzerland’s half.

After failing to connect with a teasing ball in from Lucas Paqueta from the left flank, Richarlison was unable to open the scoring for the five-time FIFA World Cup champions.

In the 27th minute, Barcelona winger Raphinha delivered a beautiful cross to Vinicius Junior after a superb dash to the far post, forcing Switzerland goalkeeper Yann Sommer into a near-post save.

Both teams attempted to create scoring chances but were unable to find the decisive pass or final finish to change the scoreboard in the first half.

Richarlison had the first big chance of the second half when Vinicius whipped in a wicked cross from the outside of his boot, only for Tottenham’s star to squander the opportunity.

Switzerland offered little in attack at the other end, failing to land a shot on target in the 90 minutes, despite Alisson providing a few nervy moments with the ball at his feet and Alex Sandro sliding in to make a desperate block from Silvan Widmer’s cross when Brazil suddenly looked exposed early in the second half.

Tite’s Changes give Brazil the win

Vinicius thought he had opened the scoring for Brazil in the 64th minute when he skipped past two Swiss defenders and finished coolly side-footed past Sommer in goal. However, the Video Assistant Referee (VAR) overturned the Real Madrid winger’s goal. 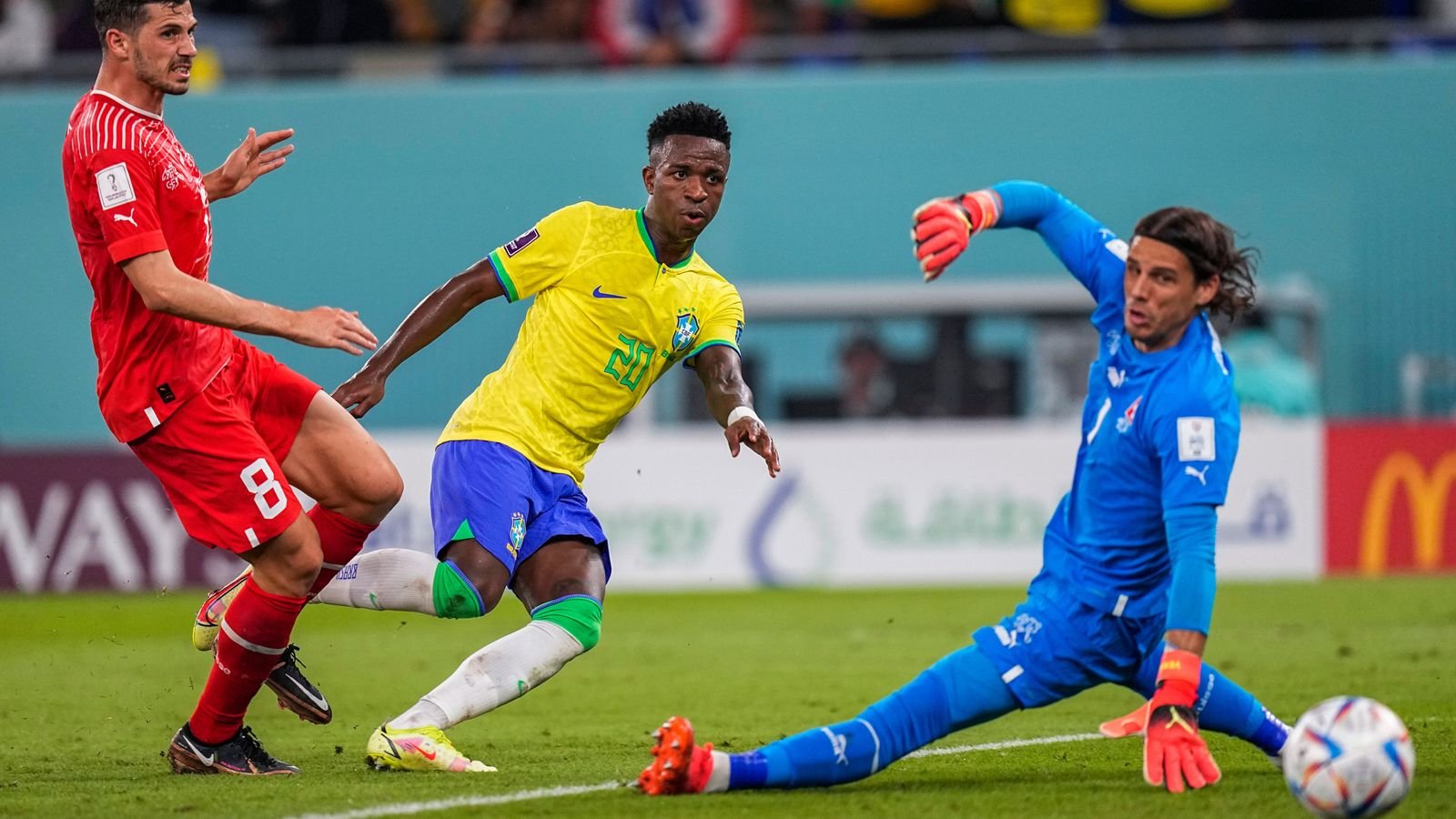 As the clock ticked away, Tite cut a more and more frustrated figure on the touchline, having thrown on attack-minded Rodrygo, Bruno Guimaraes, Gabriel Jesus and Antony.

“Casemiro has been the best midfielder in the world for a long time,” Neymar tweeted after Brazil’s victory.

Asked about that statement, Tite said in his post-match press conference: “I always respect other opinions, and I usually don’t comment on them, but I’ll allow myself to do so today – I agree!”

In addition to the game-winning interception, Casemiro had a game-high five interceptions, more than twice as many as any other player on the field. 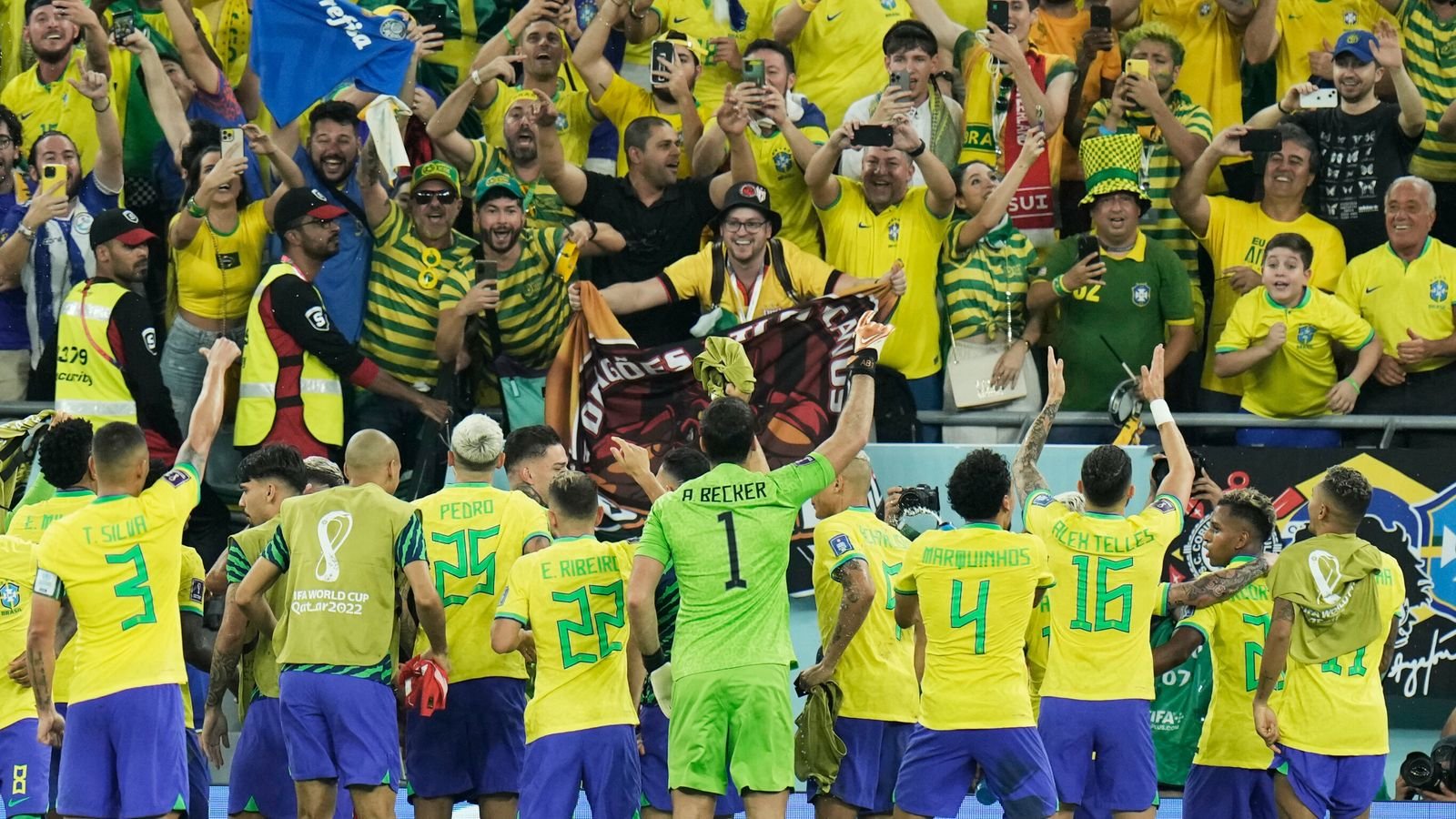 What does the result mean?

Brazil played well the rest of the game to earn three more points in Group G. Brazil became the second team, after France, to qualify for the round of 16 with this victory.

On December 3, they will play Cameroon in their final group-stage match.