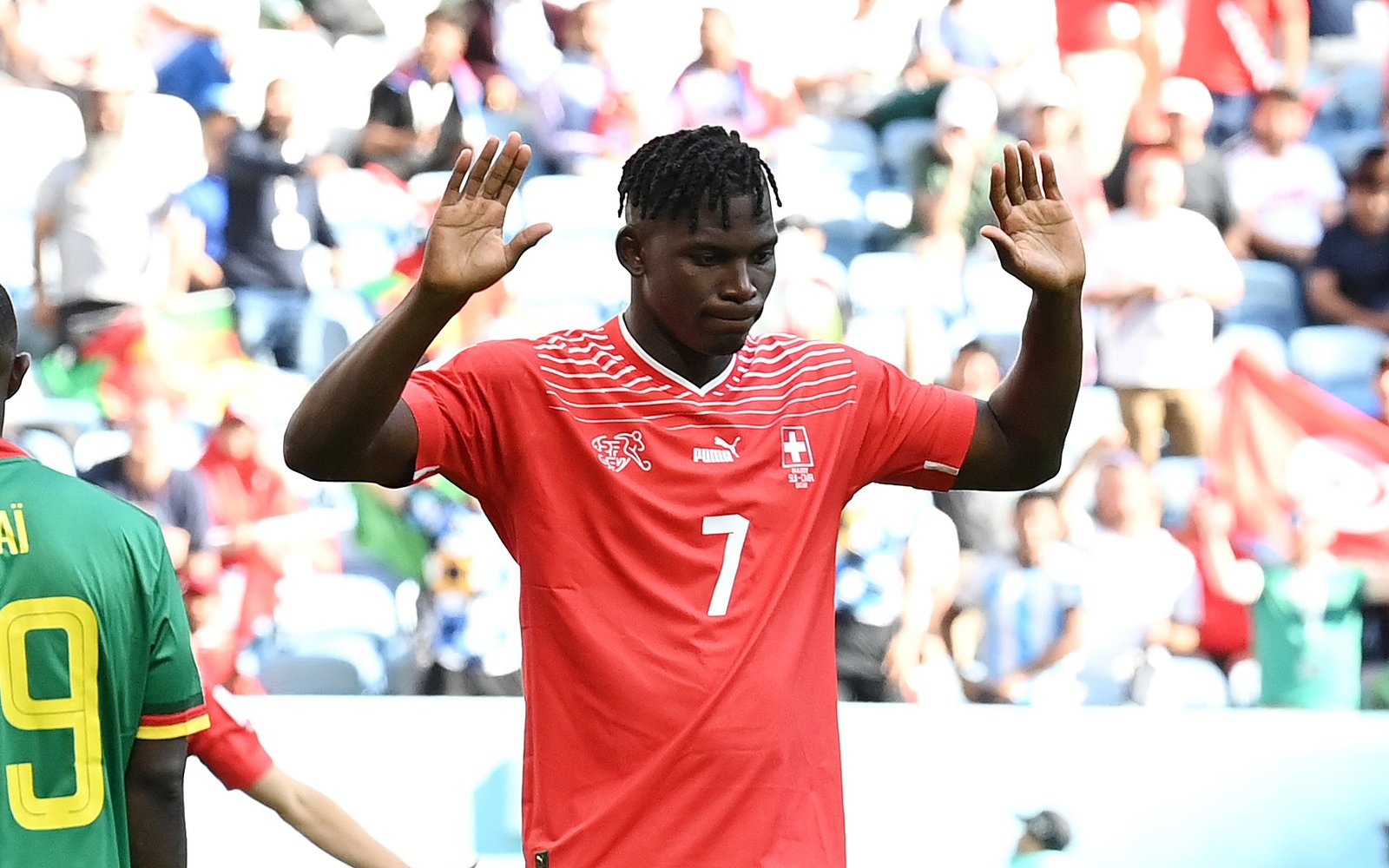 Breel Embolo holds his hands high and refuses to celebrate against Cameroon. PHOTO/FIFA

Cameroonian-born Breel Embolo scored the lone goal as Switzerland beat the Indomitable Lions 1-0 in their Group G opening match at the AL Janoub Stadium in Doha on Thursday afternoon.

Embolo netted in the 48th minute to down the hard fighting Indomitable Lions. The Swizz forward was born in Yaounde to Cameroonian parents, with his mother immigrating to France, later to Switzerland, after separating with his dad.

He received Swiss citizenship in 2014.

The striker understandably refused to celebrate, raising his hands high to show respect for his country of birth.

He was instrumental as Switzerland beat the country of his birth, leaving no African country to have won, or scored a goal at the World Cup so far. Senegal were beaten 2-0 by Netherlands while Tunisia and Morocco have both played to barren draws. 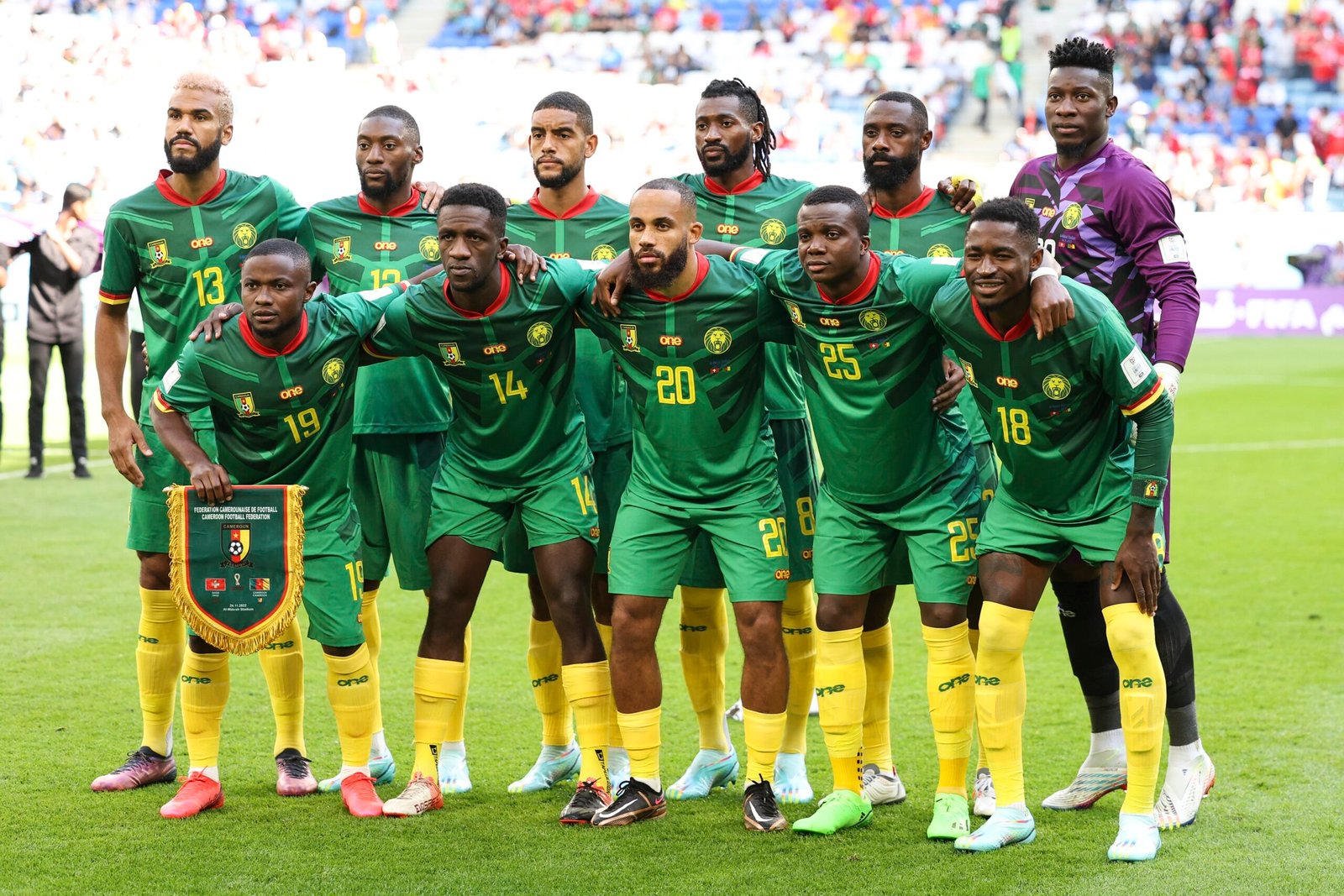 Cameroon line up before their match against Switzerland. PHOTO/FIFA

Cameroon employed a cautious approach as they chose to keenly study the Swiss and let them do the running. They had the first chance at goal though when Martin Hongla made a daunting run on the eight, but his shot was well saved by the keeper.

The had another opportunity, exploiting Switzerland’s apparent weak left side of the defense. This time, Collins Fai made a run and found space to slash in a cross, but Manuel Akanji made a decisive block to take the ball away from Karl Toko Ekambi with the keeper well beaten.

On the other end, Manchester City’s Akanji came close when he rose to connect to a corner, but his bouncing header went inches wide.

In the second half, the Swiss were off to a fast paced start and were fully rewarded when Embolo tapped them into the lead. The forward scored against the country of his birth, extending a foot to divert Xerdan Shaqiri’s cross into the net. 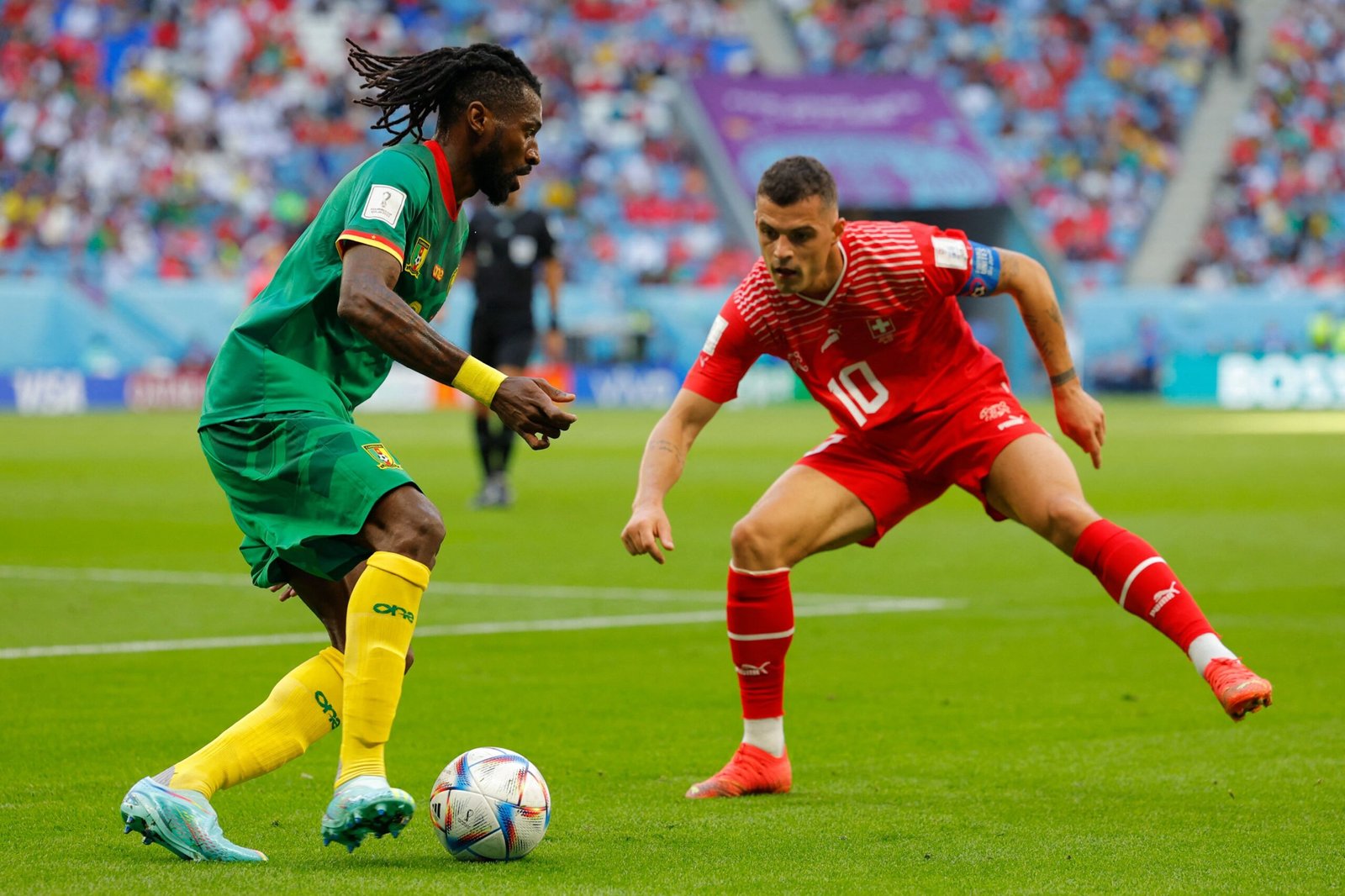 After conceding, Cameroon put up a gallant fight to get themselves back on track. Maxim Choupo-Moting came close when he dribbled into the box from the right but off a tight angle couldn’t beat keeper Yan Sommer.

Franck Zambo Anguissa also came close with a header from a freekick that was turned behind for a corner by the keeper. From the setpiece, the Swiss defended well and were off on a counter.

However, keeper Andre Onana pulled a fantastic save to deny Ruben Vargas who had taken a brilliant shot on target. From the corner, the ball was well floated into the area and Anguissa made a vital touch to take the ball away from Embolo who was lurking at the backpost to direct the ball home.

Cameroon put up a gallant fight with coach Rigobert Song bringing in Vincent Abubakar to try and fire up the attack. However, they weren’t lucky to change the score as they are now left with a mountain to climb if they are to progress to the round of 16.