Australia proceed to knockout stage for the first time since 2006 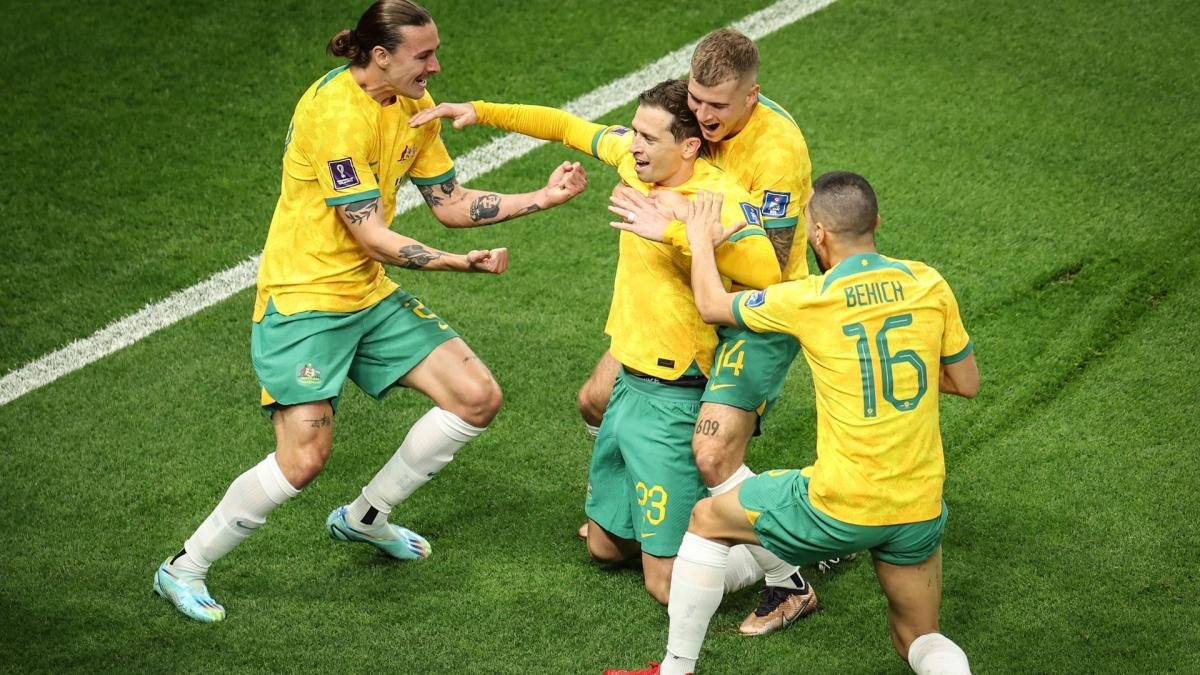 Australia proceed to knockout stage for the first time since 2006. Photo/ 24hfootnews.

Australia have proceeded to World Cup knockout stage for the first time in 16 years after defeating Denmark 1-0.

Australia last proceeded to World Cup round of 16 in 2006, which was also the first time they advanced past the group stages. Going into the match, Denmark, who many fans and pundits had tipped as ‘dark horses’ in this tournament, needed a victory so as to proceed to the last 16.

They attacked ferociously at the start of the match but were frustrated by a resolute Australian defence.

Australia soon managed to get into the game towards the end of the first half and even mounted several counterattacks.

However, neither the Socceroos nor the Danes had managed to score by halftime.

The match’s only goal was scored at the hour mark by Australia’s Leckie. It was a brilliant counterattack display by the Socceroos after Denmark lost the ball in their box.

A through ball found Leckie in acres of space on the left, and he made a good run twisting Danish full-back Joakim Maehle on his way.

He finished the excellent counterattack with a shot into the far corner, leaving goalkeeper Kasper Schmeichel helpless.

Denmark players came forward in search of the equalizer, but things were not just on their side. The Danes had a likely penalty over-ruled in their search for a goal.

The referee awarded Denmark a penalty in the 80th minute, but it was overturned after the linesman raised the flag for offside.

Australia defended until the last second of the game, thereby securing a crucial victory to book them a spot in the knockout stage.

The Socceroos celebrated wildly at Al Janoub stadium (Al Wakrah) after the referee blew his whistle for the final whistle. Denmark, who reached the semi-finals of last year’s Euro tournament, finished at the bottom of their group.

Australia will face either Argentina or Poland in the round of 16. The team’s manager, Graham Arnold, said he is more focused on the work ahead than celebrating today’s win.

‘We’ve been working on this for four-and-a-half years, and I could see in their eyes they were ready tonight. No celebrations, no emotions, sleep and social media.” Graham Arnold said, as per Al Jazeera.

Australia’s goalscorer, Leckie, found it hard to describe his emotions after the massive win.

“I’m proud, exhausted, everything really. It’s hard to describe the emotions right now. We always knew we could do it as a group. We had our doubters, but our spirit, our belief, our work ethic and how close we are as a group shows on the pitch. The last 15, 20 minutes, we battled until the end.” Leckie told Caster SBS.

Tunisia beat France, but fail to progress to round of 16
Argentina win to Qualify to the Knockout Round