Argentina win to Qualify to the Knockout Round 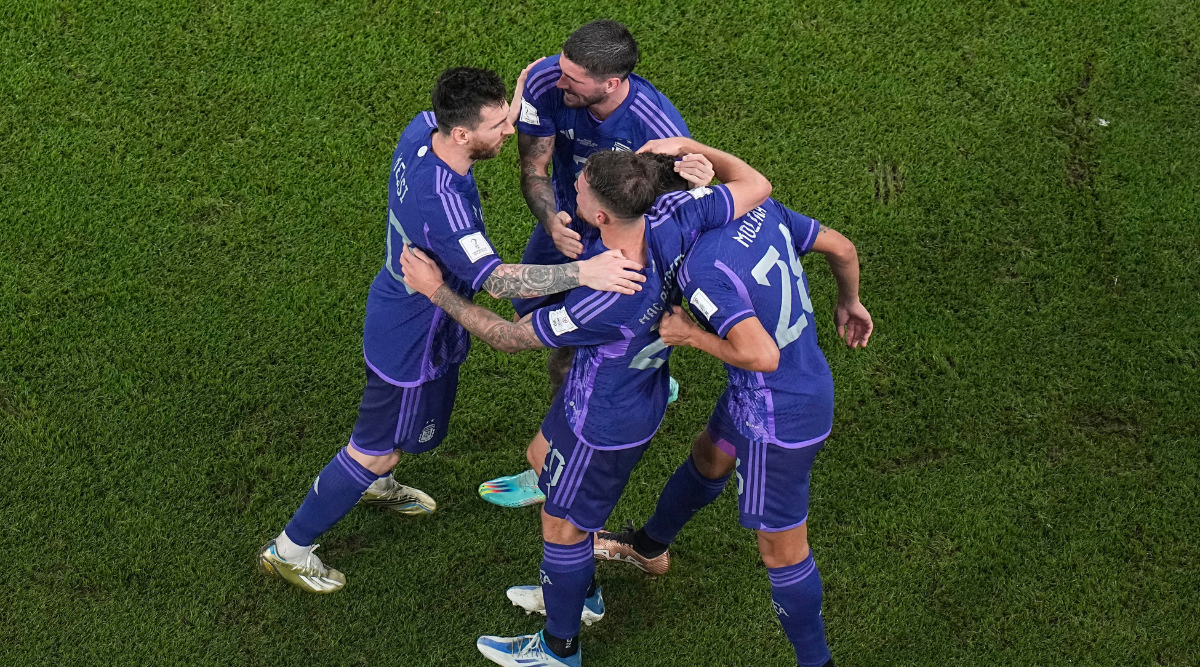 Argentina defeated Poland 2-0 at Stadium 974 thanks to goals from Alexis MacAllister and Julian Alvarez. Argentina won their group and advanced to round 16 of the 2022 FIFA World Cup in Qatar.

Qualification was hanging in the balance for Poland until the very end, with Czeslaw Michniewicz’s side looking set to advance on fair play points before Saudi Arabia’s stoppage-time goal in their 2-1 loss to Mexico put the Poles through on goal difference.

Poland played out the final stages of their game, knowing that another goal by Argentina or Mexico would eliminate them from the competition. They needed a goalline clearance from Jakub Kiwior in stoppage time to keep the deficit at two.

Messi created an opportunity out of nothing in the 10th minute and fired a powerful left-footed strike towards the near post, which Wojciech Szczesny saved.

Just a few minutes later, the PSG forward floated a gorgeous ball towards Acuna, who failed to cut it back, forcing Szczesny to make another save. 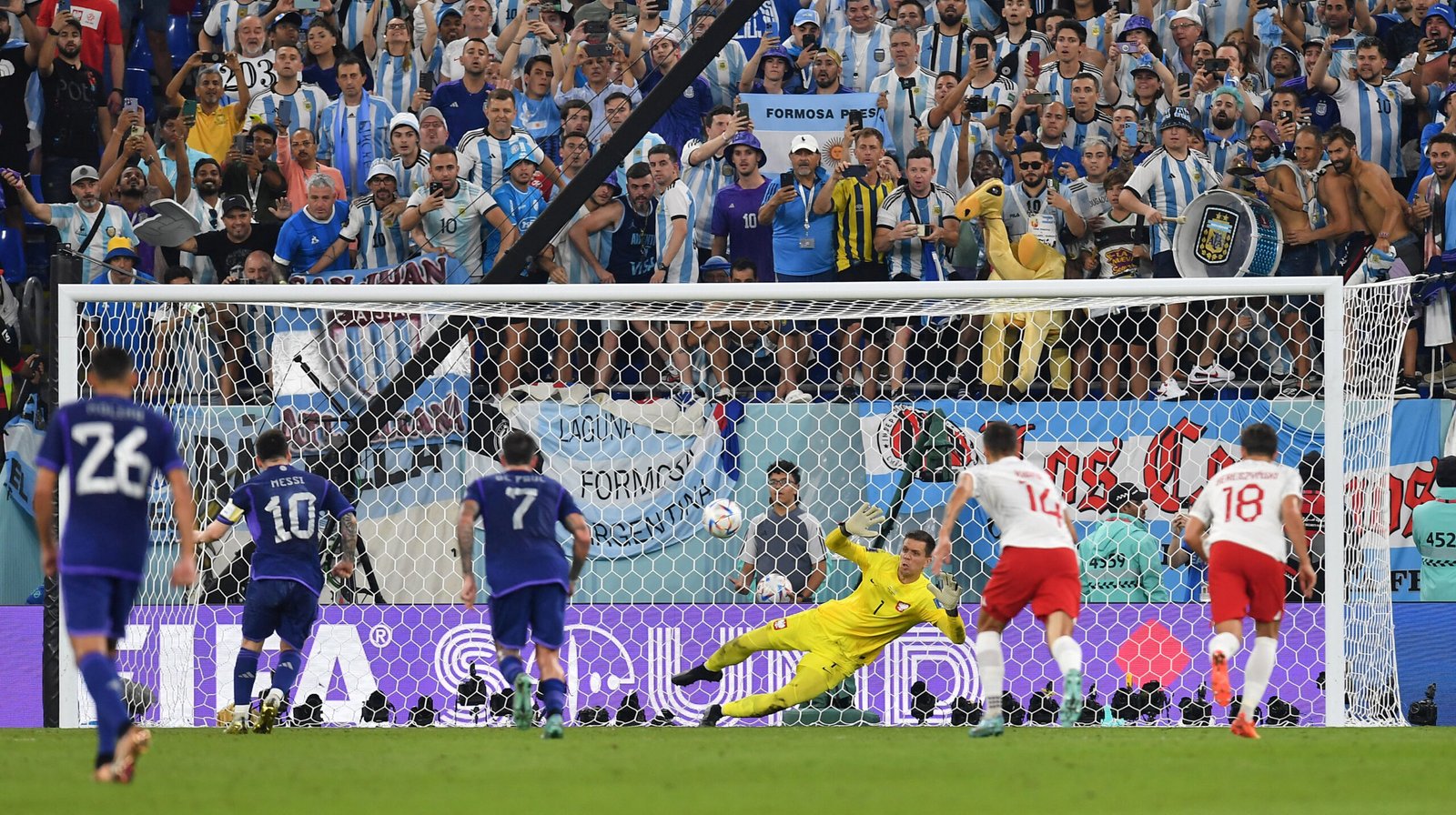 Argentina was practically playing in Poland’s half. But chaos ensued in the 37th minute when Szczesny made a huge save to deny Manchester City striker Julian Alvarez. The ball, however, remained in play and was floated back into the box, where the Polish goalkeeper thought he had made another save by denying Messi the opportunity to get his head on the ball.

However, the Video Assistant Referee (VAR) stepped in and asked the on-field referee to take another look at the monitor. Following further investigation, the referee decided to award Argentina the penalty, citing Szczesny’s second save as a foul on Messi.

Messi took the penalty and hit it hard to Szczesny’s left, who made a spectacular save to keep the score tied. With that save, Szczesny became only the second goalkeeper in World Cup history to save a penalty after having conceded it himself, joining Joel Bats for France against Brazil in 1986. 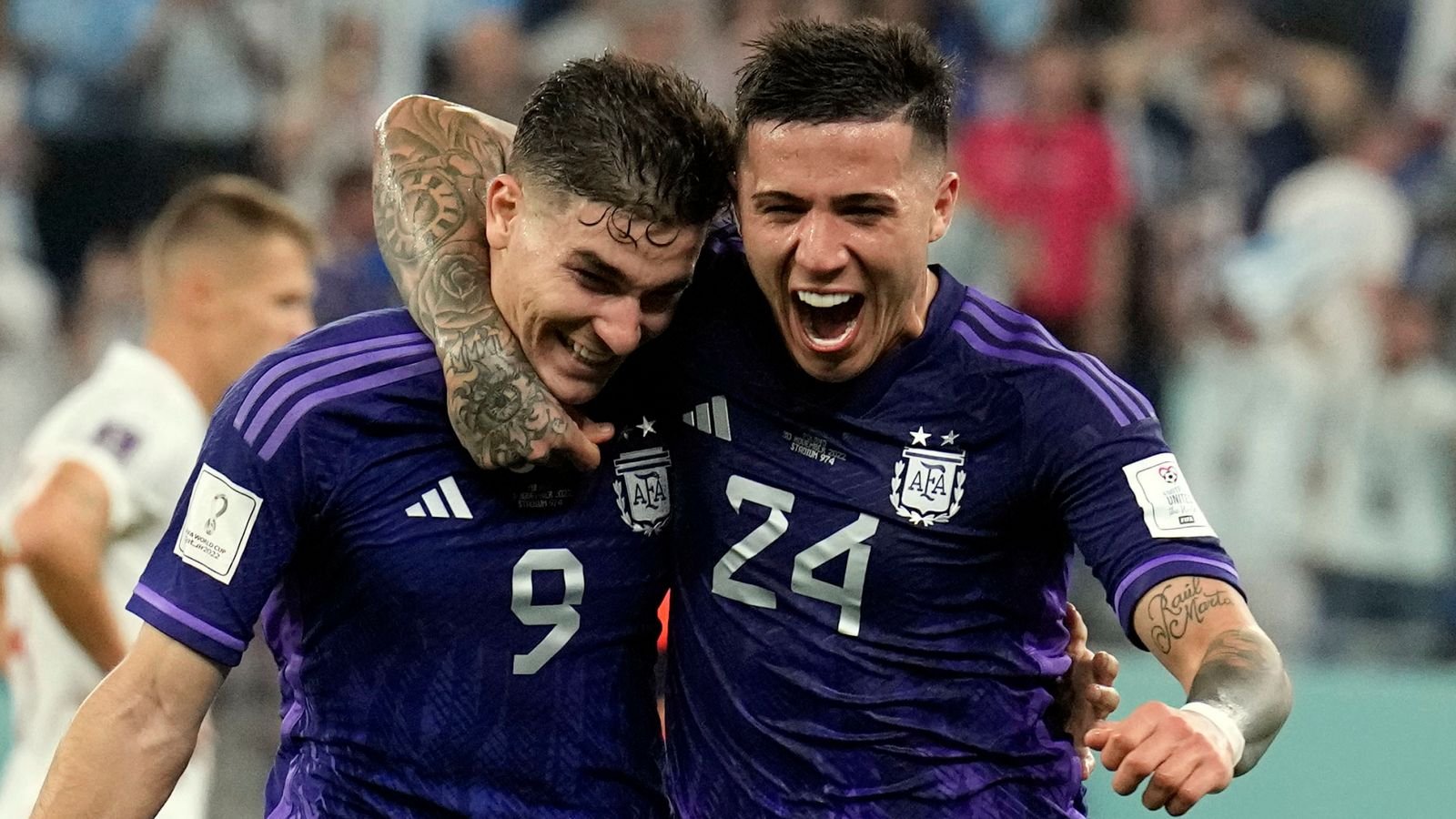 Alexis Mac Allister scored just one minute into the second half to put Argentina ahead. The Brighton midfielder scored after latching on to Nahuel Molina’s drilled cross from the right flank.

In the 67th minute, Alvarez doubled Argentina’s lead with a well-worked finish. Enzo Fernandez played a fine through ball to the Manchester City striker, who hit it with his side foot beyond the reach of Szczesny in goal.

Messi came close to scoring a couple of times but couldn’t complete the play. Argentina maintained their lead to win comfortably 2-0 at Stadium 974.

Argentina finished first in Group C, ensuring their place in the round of 16 of the 2022 FIFA World Cup.

Australia proceed to knockout stage for the first time since 2006
Morocco hit Canada, top Group F and storm into World Cup round of 16