Salah strikes as Liverpool ease past Ajax in Champions League 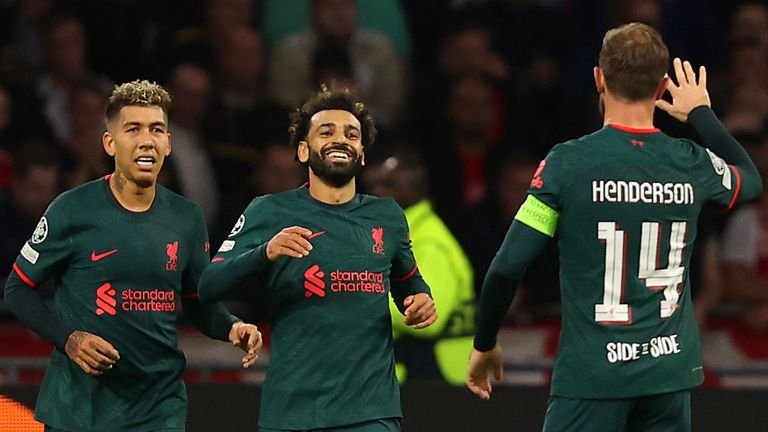 Liverpool players celebrating a goal in the match. | PHOTO: Courtesy |

Mohamed Salah continued his Champions League run of goals as Liverpool earned their place in the knockout stages with a 3-0 triumph against Ajax in Amsterdam.

Liverpool manager Jurgen Klopp has now progressed from six consecutive Champions League group stages in the competition with Liverpool, a club-record run, after the Reds dominated on Wednesday in Amsterdam. 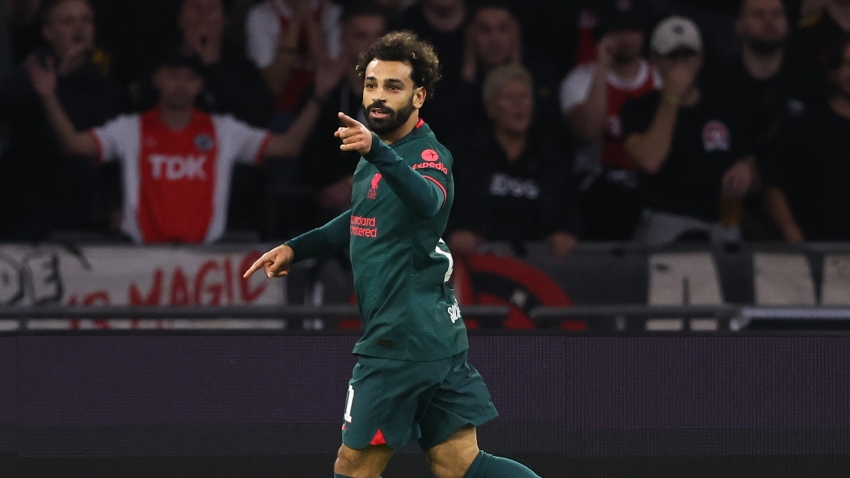 Ajax will drop into the UEFA Europa League by avoiding a defeat at winless Rangers next week on matchday six, while Liverpool must beat leaders Napoli by an unlikely four goals to win Group A.

Ajax should have broken the dreadlock in the third-minute but Steven Berghuis struck a gilt-edged opportunity against the right post, with the midfielder curling narrowly wide shortly after.

A resolute Liverpool continued with their backs against the wall before Andy Robertson smashed a rare Reds chance just off target, but the visitors soon hit the front.

Jordan Henderson delicately chipped through for Salah to neatly lift over the onrushing Remko Pasveer, before Nunez inexplicably smashed the left post with the goal gaping two minutes later.

Nunez made amends after the interval, heading Robertson’s corner in off the right post before Elliott fired into the roof of the net two minutes later. 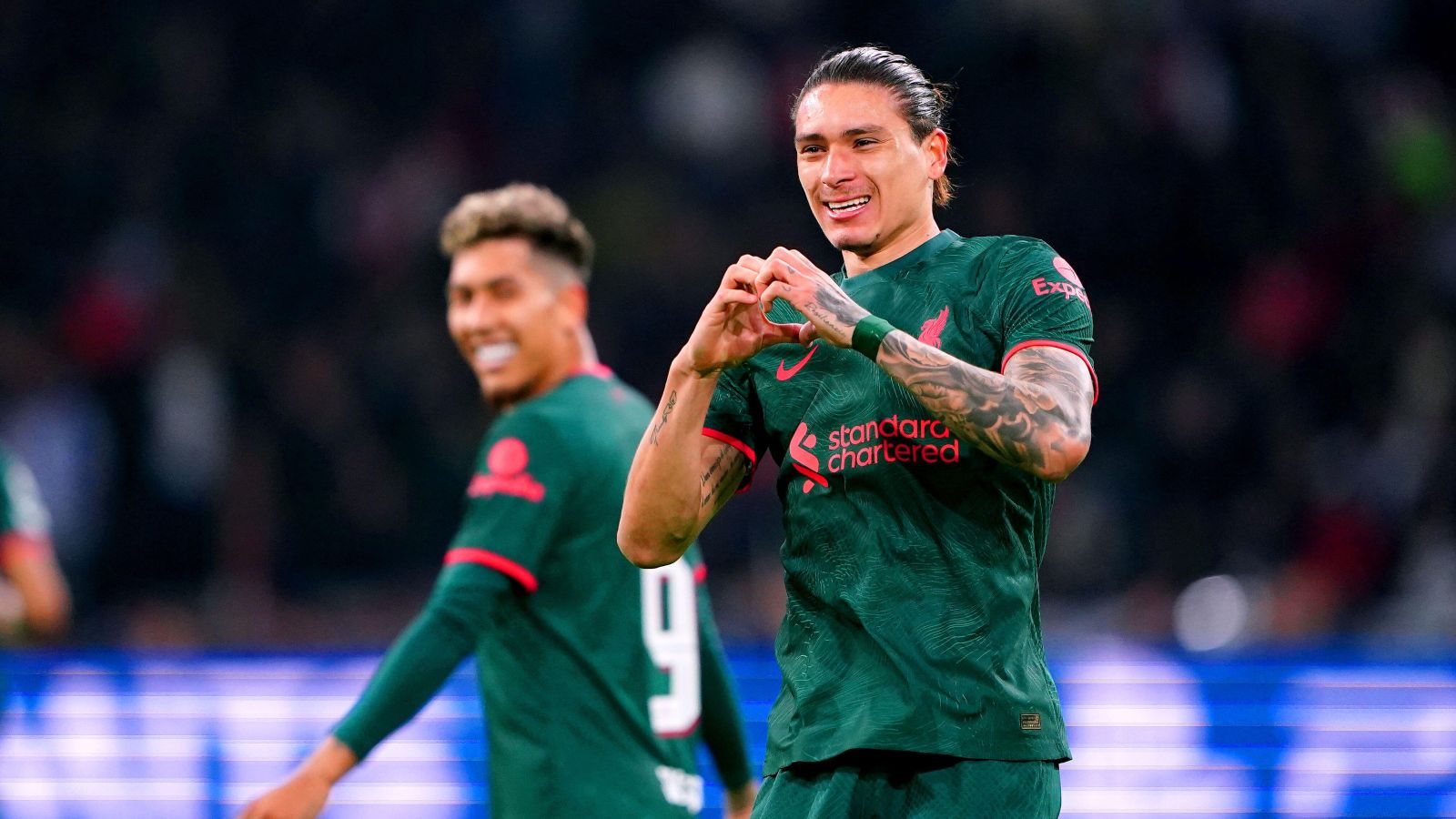 Substitute Kenneth Taylor blasted a presentable opportunity over after the hour mark, though Ajax never threatened an unlikely comeback.

Underwhelming returns in the Premier League thus far have led to scrutiny for Liverpool, though the Reds emphatically delivered in what was their 150th match in the Champions League.

Klopp will take encouragement from the Reds’ fourth straight victory in the competition over Ajax – only Real Madrid (seven) have managed a longer such streak – leaving Alfred Schreuder with much to ponder.

Ajax, whose first-half dominance failed to pay dividends, will likely settle for a Europa League place after falling to a seventh loss in nine home games against English sides in Europe.

Salah may be yet to hit his usual heights in the Premier League, but the forward collected his 42nd goal in the Champions League – only Didier Drogba (44) has more among African players and its is only a matter of time before he overtakes the Chelsea legend.

The Egypt international presented a constant threat on the right flank, scoring in a fourth straight game in the competition for just the second time, as well as assisting Elliott for the third goal.

Berghuis was left to rue his two early missed chances, the first of those a routine finish that the midfielder would have been expected to slot past Alisson and into the back of the net.

Those errant efforts summarised a frustrating outing for Ajax, who started in dominant fashion but faded away rapidly after Salah’s first-half opener.

Liverpool next be on action during the weekend whey they host Premier League strugglers Leeds United on Sunday, while Ajax are not in action until their final Champions League game at Rangers on Tuesday.

Nigeria’s U17 World Cup ends in semis, Tanzania thankful for experience
Inter ease past Plzen to seal a place in Champions League last 16