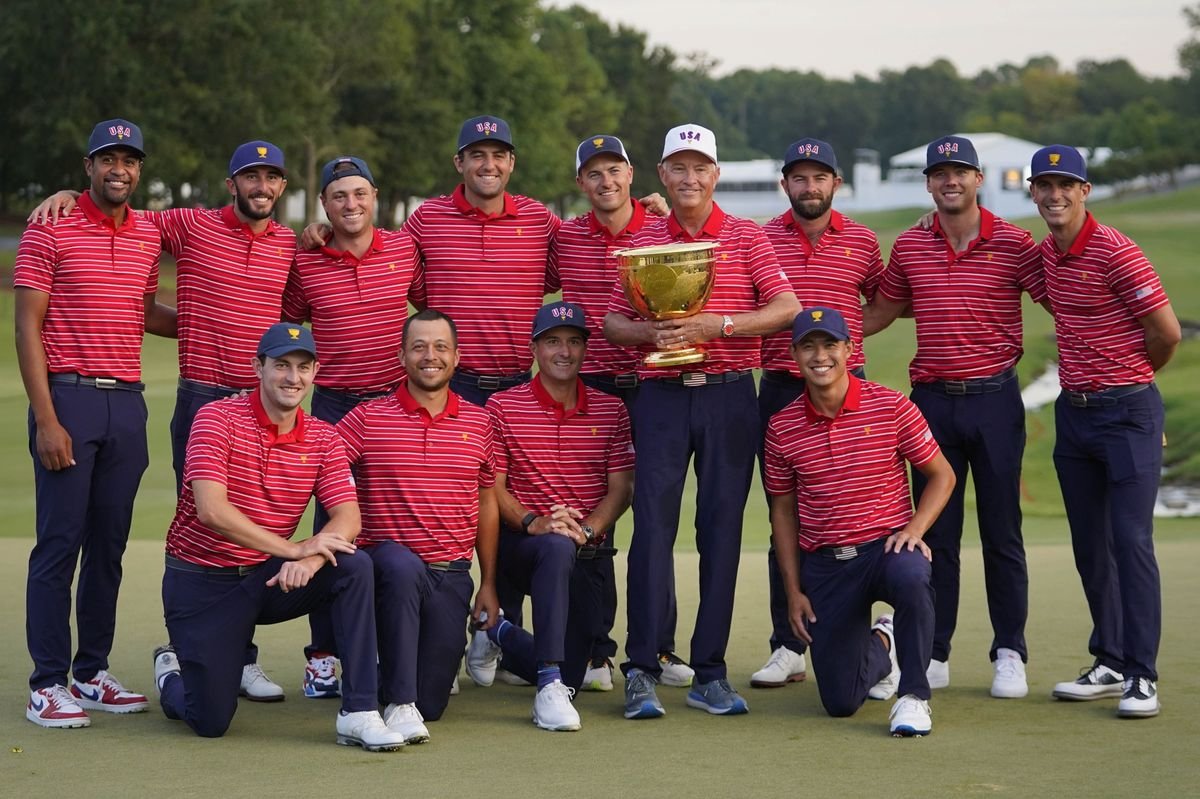 Team USA claimed 6.5 points in the Sunday singles to extend their winning run in the Presidents Cup. Davis Love III’s side claimed a 17.5-12.5 victory over the International Team.

The hosts were the favourites to win the Presidents Cup. However, the road to victory was not an easy one as they came through a tougher-than-anticipated test against the International Team.

Team USA are the winners of the 2022 Presidents Cup. Photo/ Bloomberg.com.

Team USA were without Dustin Johnson, Brooks Koepka and Bryson DeChambeau. However, Davis’ side still had ten of the world’s top 16 players.

The international team, on the other side, were without Cameron Smith, Joaquin Niemann, Marc Leishman, Louis Oosthuizen and Abraham Ancer. Cameron Smith is the Open champion and world number three.

Team USA, who had a winning streak in the biennial contest, dominated the first two days of the tournament at Quail Hollow.

However, Trevor Immelman’s team did an impressive job in reducing the gap to a four-point deficit ahead of the final day singles.

The International Team, which has eight rookies, continued to show a fighting spirit on the final day as they wanted to win the title.

However, Xander Schauffele killed their dream when he won his match, enabling Team USA to reach the 15.5 points required. Team USA reached the 15.5 points needed with five matches still not played.

Jordan Spieth set history on the final day by becoming only the sixth player to win all five matches. He became the first player since Branden Grace in 2015 to win in all five sessions at a Presidents Cup tournament.

Justin Thomas initially had control of his match against Si Woo Kim. However, the Korean remained focused and failed to concede a birdie at the ninth put from inside three feet.

He then converted the birdie leaving Justin Thomas frustrated as he moved two ahead. Justin and Si Woo Kim had an interesting topsy-turvy nine as they exchanged blows from one side to the other.

The Korean international won the first two holes of the back nine before moving ahead with a birdie at the par-five 16th.

Justin Thomas failed from the greenside bunker, letting Si Woo Kim hole a 10-foot birdie at the 17th to seal the win on the first final-day singles.

After Justin Thomas’ loss, Team USA responded well by recording victories through Jordan Spieth, Tony Finau and Patrick Cantlay. On the other hand, Sam Burns managed to collect half a point.

This year’s Presidents Cup event took place at Quail Hollow in North Carolina, where the home team increased their overall lead in the event to 12-1, with one match tied. 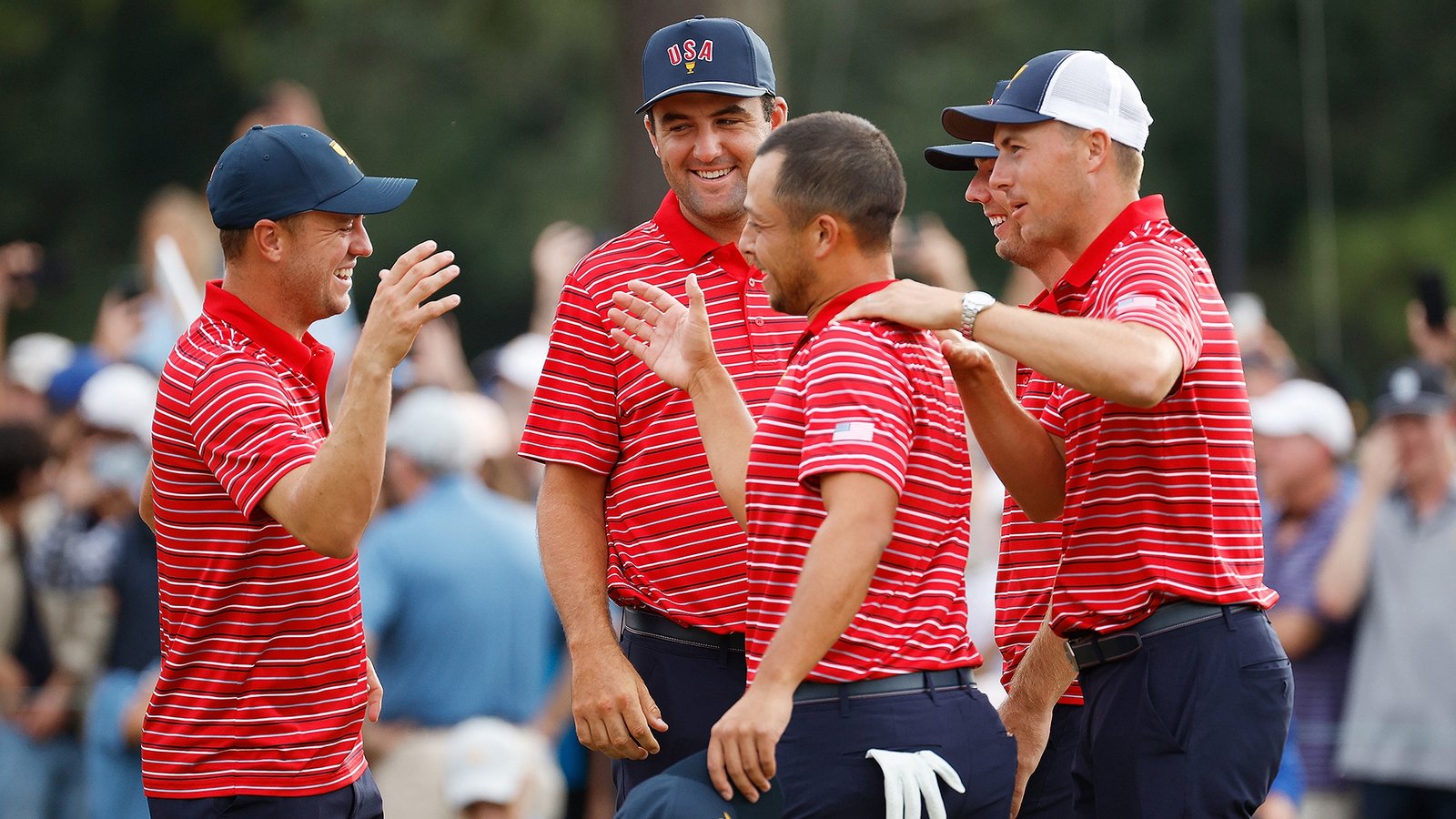 The next Presidents Cup will take place at Royal Montreal Golf Club in Canada in 2024. The following event will be held in 2026 at Medinah Country Club in Europe

Who are Hottest Female Golfers in 2022?
Tiger Woods to return to action next month