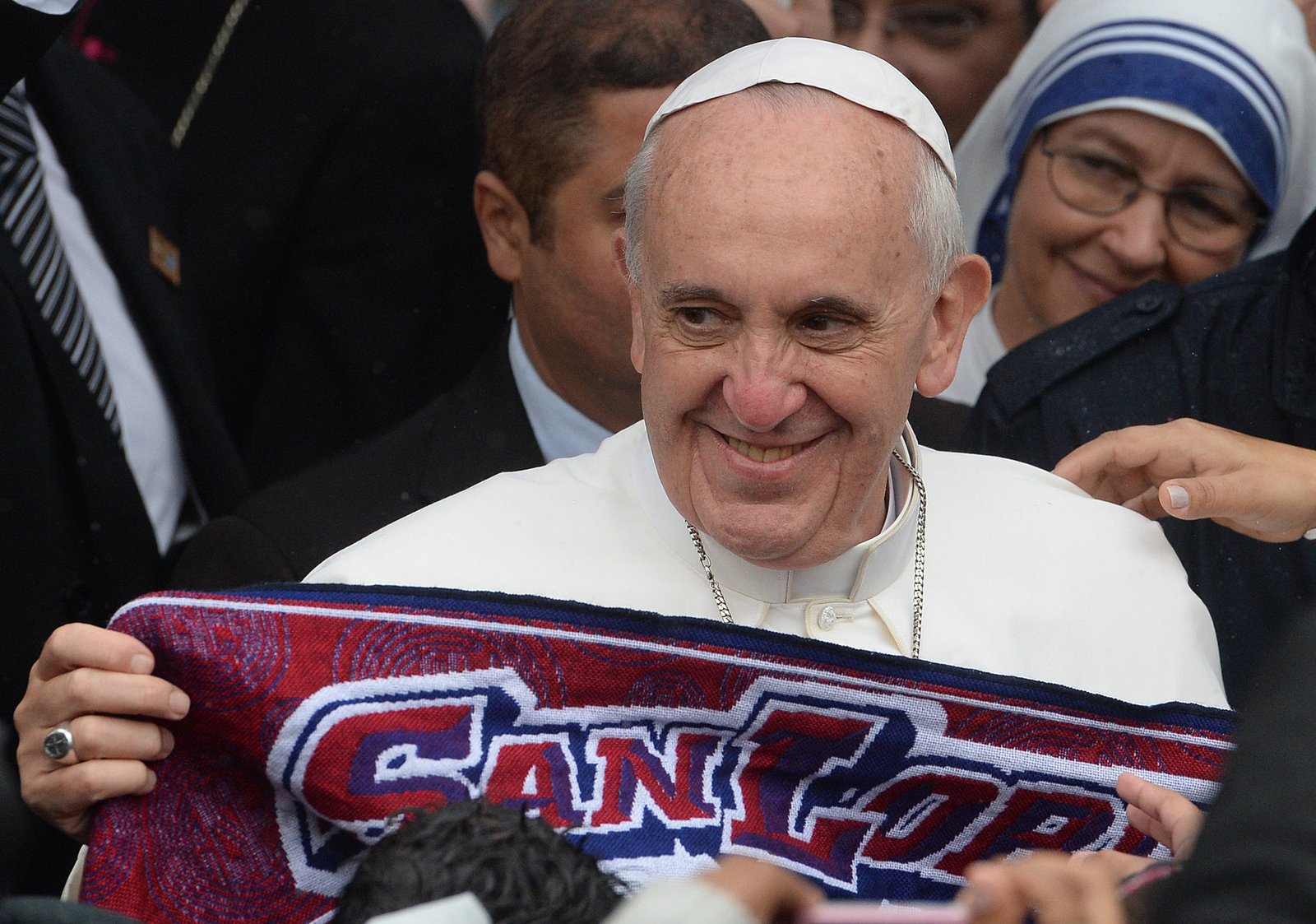 Pope Francis football exploits are deeply entertaining. Thinking of the 84-year-old as a football fan is mindboggling.

Well, the love of the game is universal and the Argentine pope has a fairy story about football. It all dates back to his childhood days and now as an octogenarian, he has fond memories of it all.

Pope Francis football story has it that he played football in his younger days. Given his advanced age, he doesn’t play football now, but he once did as a young boy.

Jorge Mario Bergoglio never played professionally but being an offspring of migrant parents in Argentina, he played a makeshift ball. It is made of stuffed heaps of rags bound by an elastic outer material with woven straps to keep it sturdy.

While he grew up in the popular Argentine capital of Buenos Aires, poverty is something he grew up seeing. His days of playing soccer ball made from rags paint a picture of this journey to the man the world look up to for spiritual guidance. 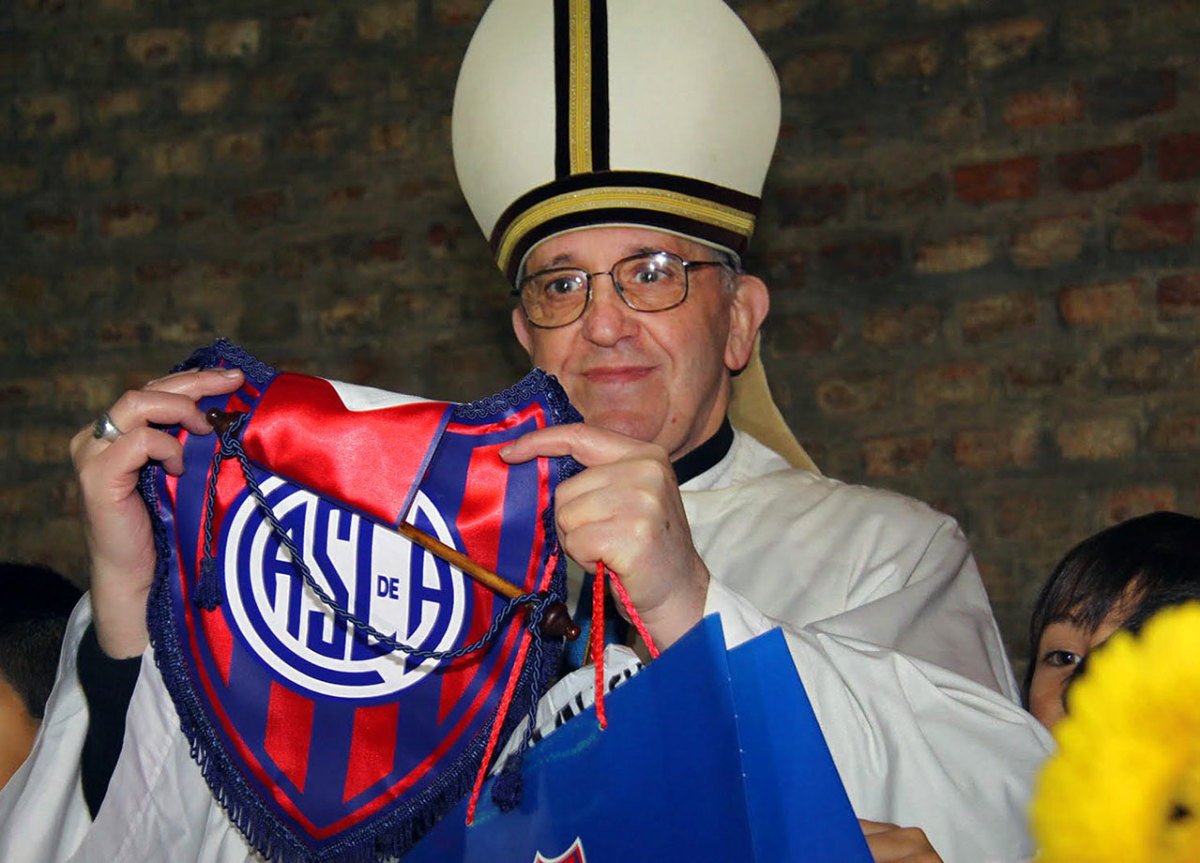 WHAT FOOTBALL TEAM DOES POPE SUPPORT?

Marcelo Tinelli the club’s vice president says that Bergoglio never lets his worldwide responsibilities prevent him from paying his club dues on time.

He told Fox Sports that his membership payment is always on time every first day of the month.

Before his appointment as a pope, he served as the former archbishop of Buenos Aires. He was known for living a simple life even before questions about Pope Francis football affiliation.

Back home, his people have fond memories. While riding the bus to his job as archbishop, he frequently engaged his fellow riders in lively discussions about football.

In all these years, he rejoiced in San Lorenzo’s victories and defeats. The club is top-tier and one of the big five clubs.

In the early 20th century, then Buenos Aires head priest Father Lorenzo Massa came up with a brilliant idea. The priest of a small neighbourhood church, worried about a group of kids playing football in the increasingly busy streets.

History has it that he offered the boys to play in the church’s backyard. His only condition was that they would go to mass on Sundays.

His intent when allowing the boys to play in the church’s backyard was to reduce the number of accidents in the city. Many young boys died when playing football in the streets.

Thus, the name “San Lorenzo” cropped up following plans to transform the backyard group into a legitimate football club. It was in recognition of the priest who played a pivotal role in the team’s inception.

Fr Lorenzo at first turned down the proposal but he eventually consented. Nonetheless, he explained that the team’s name would honour two great aspects of Argentine’s history.

One of them was Lawrence of Rome and the Battle of San Lorenzo. The latter is among the symbols of Argentina’s struggle for independence.

Pope Francis football love is untamed and unbridled. His favourite club back home is San Lorenzo, based in the capital’s poorest neighbourhood.

He remains a dedicated fan, paying his club membership on time each month. The Vatican-based pope represents another fan love level of the club.

He shares in its wins and defeats and even when it neared relegation, he stood by it. 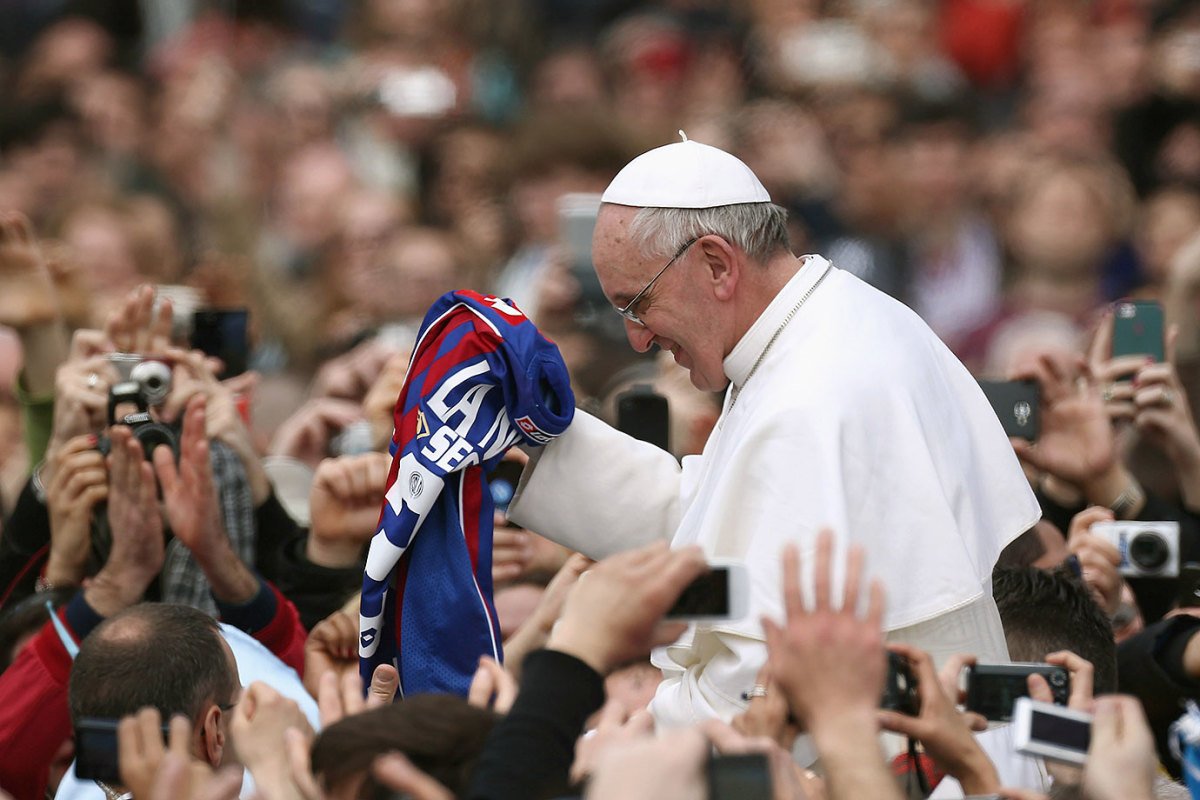 WHAT FOOTBALL TEAM IS NAMED AFTER POPE FRANCIS?

San Lorenzo Stadium in Buenos Aires adopted ‘Pope Francis’ as its official name. The 45,000-capacity stadium named the stadium in honour of the Pope who remains its biggest supporter.

The stadium’s architecture is on the basis of cultural, social and urban awareness. This accommodates the requirements of the Club, the spectators, and the surrounding community.

Among them are murals by the Boedo art group, which are open and transparent in design and evoke the old gasometer.

The primary goal of the other-use buildings is to provide cultural and educational spaces to the community. It keeps up with the urban scale and is always bustling with activity all year long.