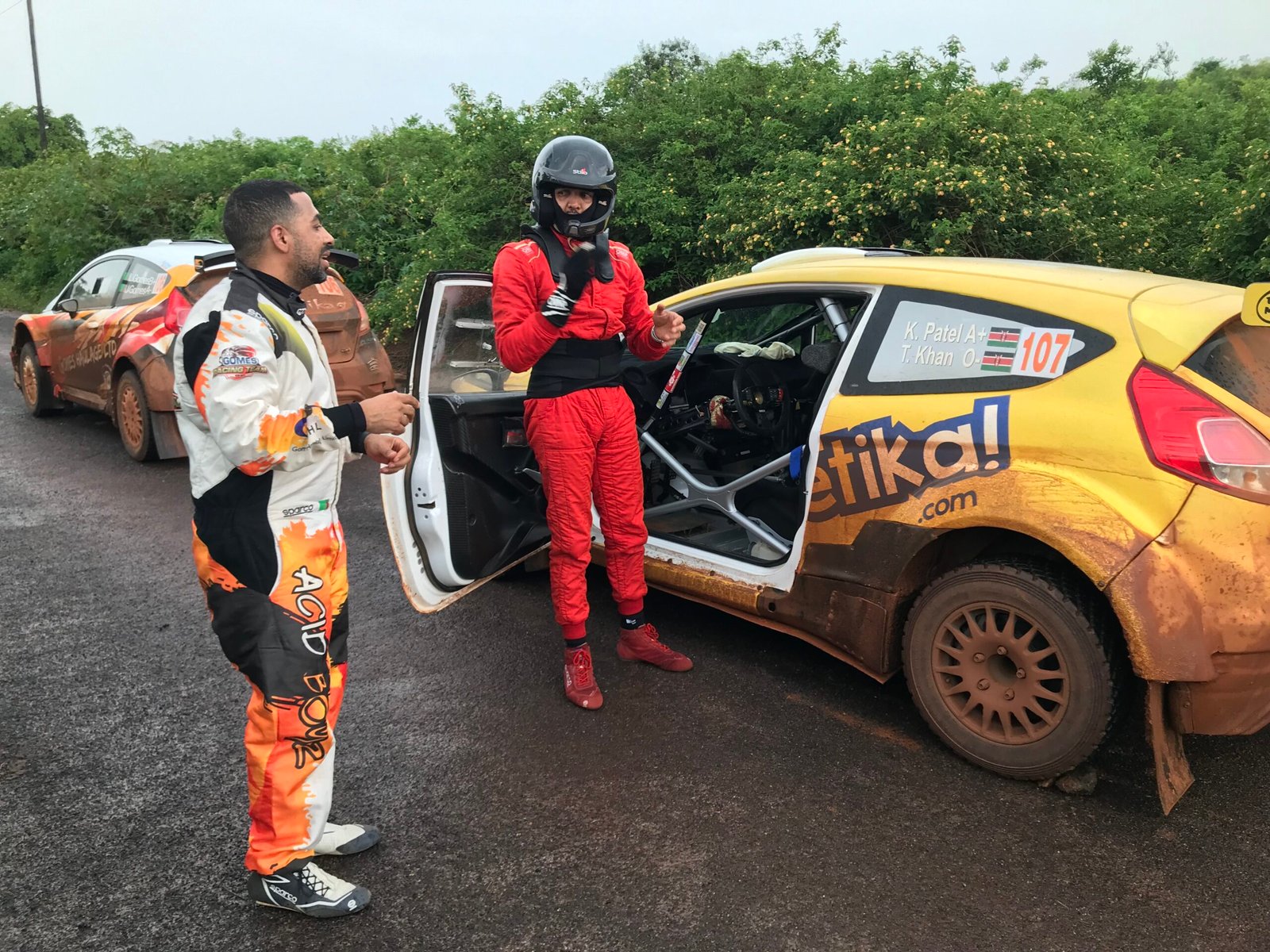 In the penultimate rally of the season, Patel pushed his Ford Fiesta Rally2 car to secure victory by a 13.21 seconds margin. He had bounced back in the final day of the rally on Sunday to take control of the race after battling a series of engine problems earlier Saturday.

“I feel delighted to have secured this victory. Of course it was tough but happy to win,” Patel said after the race.

The Kenyan series leader had trailed Gomes by 13 seconds at the end of Saturday, but Sunday proved to be a lucky day for him as he clocked seven fastest times to ensure he took a grip on the race to edge out the Zambian for second.

Gomes was hoping to seal the coveted title in Rwanda but following Karan’s spirited fightback, the title will now be decided on his home soil in the season-closing Zambia International Rally.

Hamza was all smiles and here’s what he had to say about his podium finish:

“Quite a great feeling today in the Fiesta. We maintained a steady pace behind the Rally2s of Karan and Gomes which were really fast. Posting four second fastest times and a couple of third fastest times is a clear indication that we have now come to grips with the car.”

Following a dry and dusty morning run, crews had to contend with a wet second loop occasioned by heavy afternoon downpour.

After five rounds of brilliant displays, Gomes still leads the ARC Champonship with 126 points against Karan’s 105.

All the five Kenyan drivers enlisted for the Rwanda Automobile Club (RAC) organsised round 5 survived the demanding consitions.

“We have had no issues. It has been straight forward. We were much closer to the guys ahead today, I don’t know if we are pushing more or less but we have enjoyed our debut in Rwanda,” Jeremiah said.