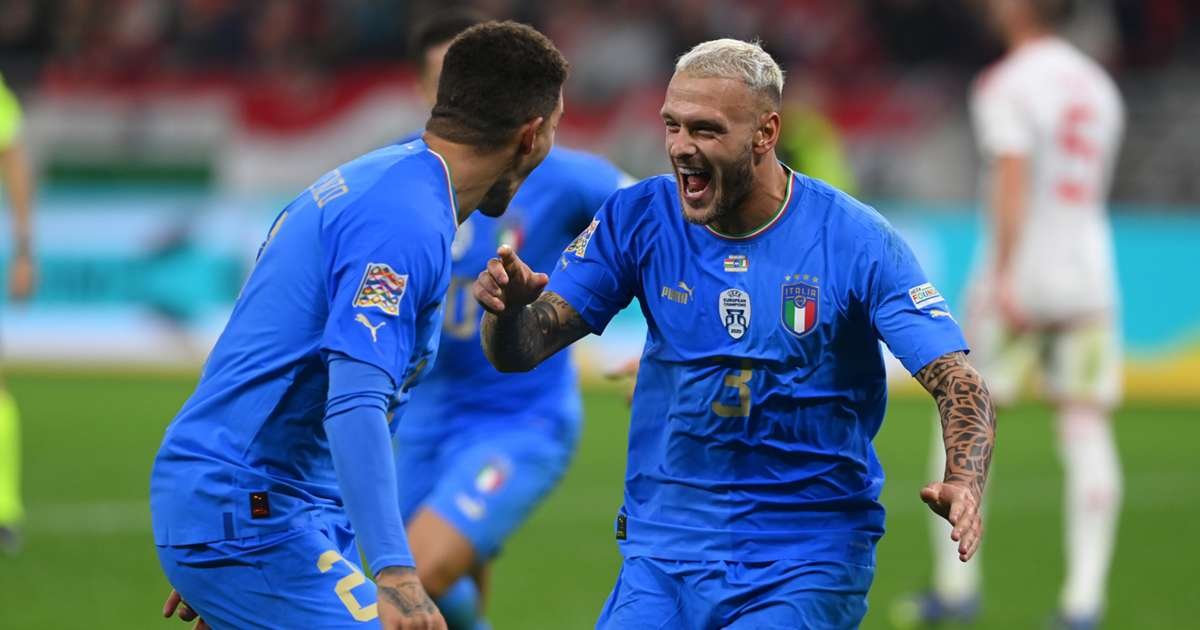 Italy's Federico Dimarco celebrates after scoring against Hungary in the match. | PHOTO: FotMob |

Goals from Giacomo Raspadori and Federico Dimarco steered Italy through to the UEFA Nations League finals at the expense of Hungary, as the visitors claimed a 2-0 win in Budapest.

Italy visited Hungary as the Euro 2020 Champions looked ahead to book their spot in the finals of the UEFA Nations League.

Heading into Monday’s final fixture in Group A3, Hungary needed only a draw to complete a remarkable run through the competition to next year’s four-team fight for the top prize.

But Roberto Mancini’s men, still smarting from their failure to qualify for the 2022 Qatar World Cup, delivered a composed performance to break their opponents’ hearts in an entertaining encounter. 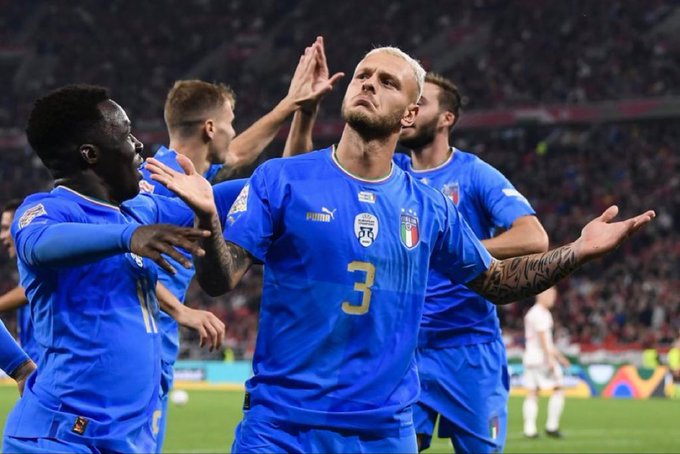 Marco Rossi’s side can nevertheless take pride in their achievements, following a campaign that saw them defeat England twice and Germany once to finish second in the end.

Amid raucous home support urging them on to make history, they had looked bullish from the off, with Dominik Szoboszlai offering an early threat for the hosts.

However, Hungary was undone by their lacklustre awareness at the back, and when Wilfried Gnonto pressed Adam Nagy’s soft back-pass off Peter Gulacsi, Raspadori was able to round the prone keeper for a simple finish.

Italy held a one-goal lead through to the interval, and it took just seven minutes for them to double it afterwards, with Dimarco getting across Loic Nego at the far post to crash Bryan Cristante’s cross into the roof of the net.

Hungary pushed for a response late on, but none was forthcoming – and with the full-time whistle, it was the Azzurri who booked their spot alongside Croatia and the Netherlands for next year’s finale.

Speaking after the match, Italy tactician Roberto Mancini was not entirely satisfied by Italy’s Nations League win over Hungary, while Marco Rossi hailed Gianluigi Donnarumma as the “best goalkeeper in the world”.

“It was a difficult game,” he told RAI Sport after the match. “It was all perfect until the final 20 minutes.

“We really need to improve in our ability to control the game for 90 minutes, as we worked so hard to be 2-0 up, so suffering like that in the final 20 minutes just makes no sense.