Havertz on the double as Germany holds England at Wembley 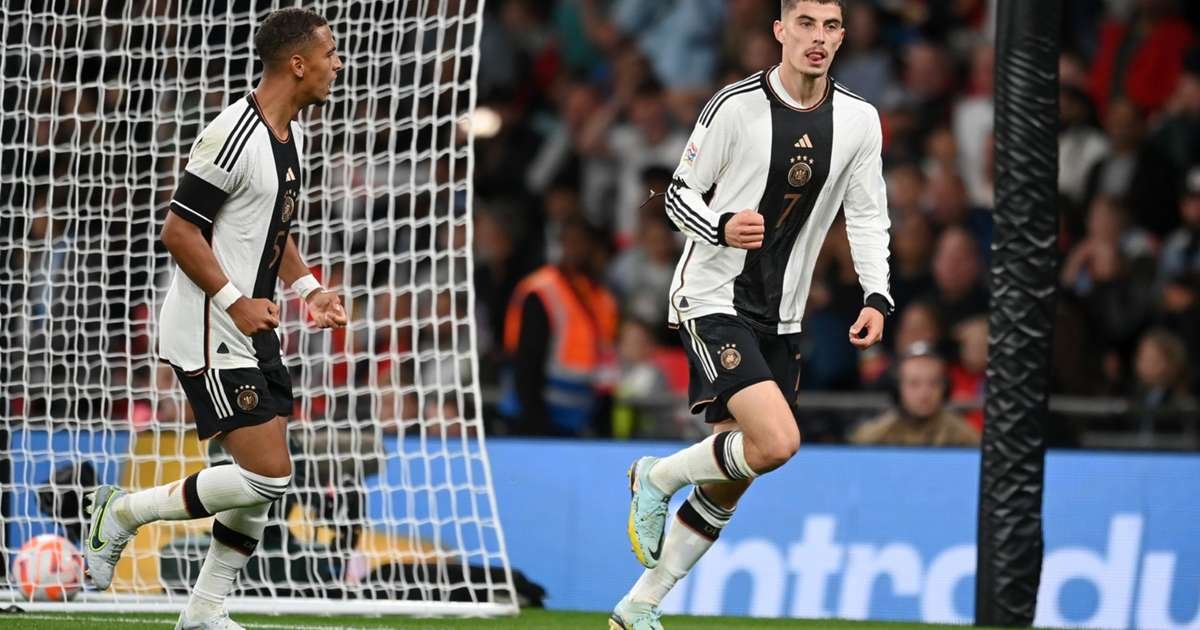 Kai Havertz scored a late equaliser to deny England a stunning comeback victory as Germany concluded their Nations League campaign with a thrilling 3-3 draw at Wembley.

After a goalless first half, Manchester City midfielder Ilkay Gundogan broke the deadlock from the penalty spot, before Havertz scored the second with a staggering 25-yard effort.

But the Three Lions turned the battle upside down with three goals in the space of 12 minutes. Luke Shaw and substitute Mason Mount dragged the hosts level, before Harry Kane’s penalty completed the comeback.

However, Kai Havertz ensured a share of the spoils with three minutes of normal time remaining when the Chelsea man tucked home from close range following a goalkeeping error from Nick Pope.

The best chance of the first half came following a nice counter in the 24th minute with Shaw’s delicious through-ball picking out Raheem Sterling, who was denied by Marc-Andre ter Stegen after cleverly escaping his marker.

The visitors took the lead seven minutes into the second half; Gundogan calmly slotting past Nick Pope from the penalty spot after Harry Maguire clumsily fouled Jamal Musiala.

Havertz doubled the lead 15 minutes later as he rounded off a swift counter by brilliantly bending a curling 25-yard effort in off the far post. 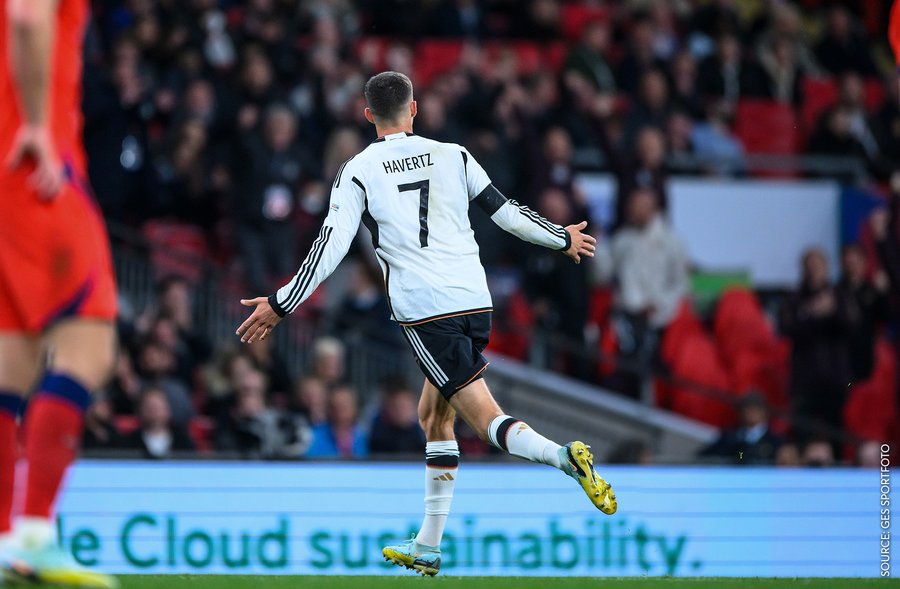 Kai Havertz celebrates after scoring his first and Germany’s second in the UEFA Nations League clash against England at Wembley. | PHOTO: Sport FOTO |

But England hit back with two goals in the space of five minutes. Shaw halved the deficit from Reece James’ cross, before Mount impressively swept past Ter Stegen following a brilliant run from Bukayo Saka.

The Three Lions edged their noses ahead when Kane slammed home his penalty after Nico Schlotterbeck’s rash challenge on Jude Bellingham, but Havertz had the final say after Pope fumbled Serge Gnabry’s initial strike.

England demonstrated real power to overturn the 2-0 deficit with their first goals from open play of this Nations League campaign, a goalless run spanning 520 minutes, but the Three Lions have now gone six games without victory for the first time since 1993.

Meanwhile, despite stretching their unbeaten run to nine away matches, Germany have now drawn four in a row on the road for the first time. 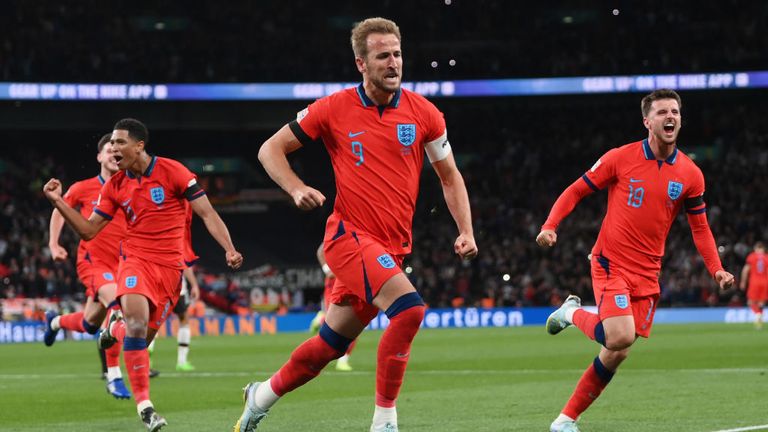 Harry Kane leads England players in celebration after scoring the third against Germany in the UEFA Nations League at Wembley. | PHOTO: Sky Sports |

The pick of the six goals came courtesy of Kai Havertz, who made it 2-0 when he bent a wonderful 25-yard strike beyond the helpless Pope.

Havertz also scored the equaliser with his third shot of the match – a tally only matched by Jude Bellingham throughout the contest – in what was a lively outing for the Chelsea striker.

Germany complete their World Cup preparations with a friendly against Oman on November 15, before playing Japan in their Group E opener on November 23. England kickstart their tournament on November 21 against Iran in Group B.