Ibrahim Konate, Kante back in training for Liverpool, Chelsea 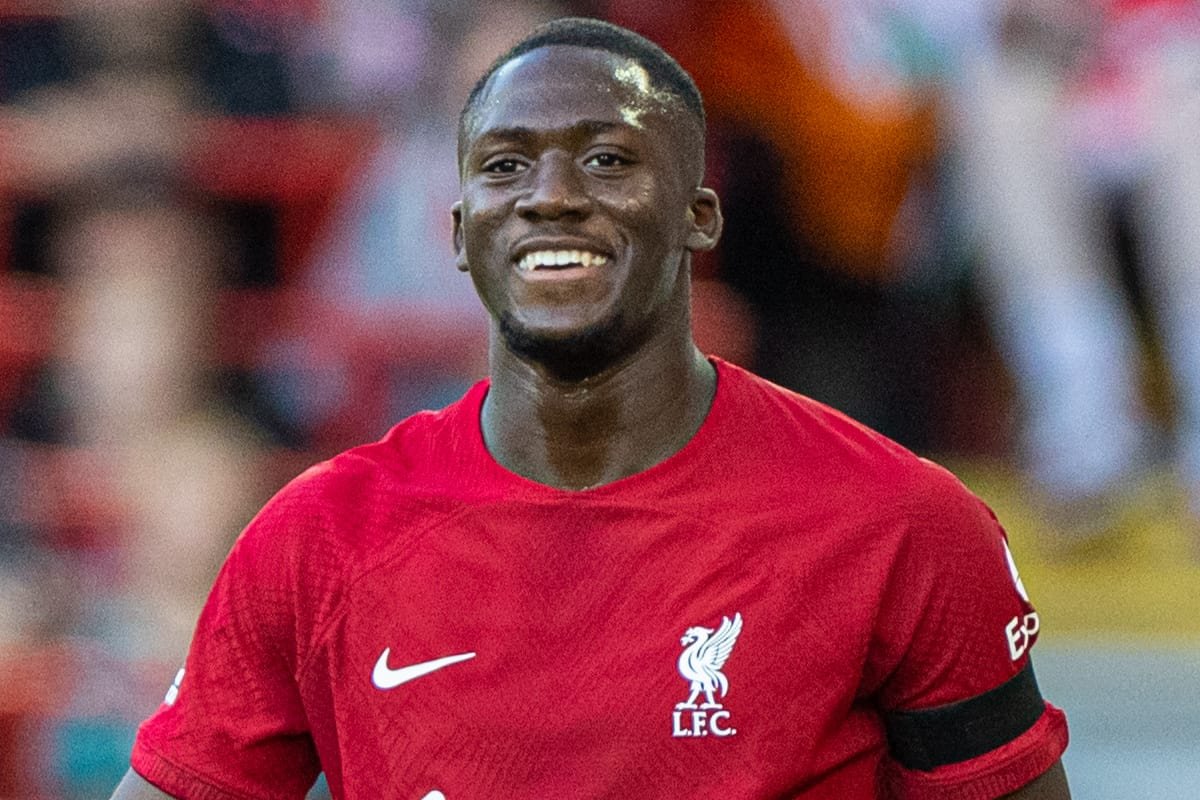 Liverpool defender Ibrahima Konate has returned to full training after spending two months out injured with a muscle injury.

Konate limped off against Strasbourg in Liverpool’s final pre-season friendly on 31 July and has been missing ever since, sitting out while the Reds endured a rocky start to their 2022/23 campaign.

The 23-year-old often played second fiddle to Joel Matip last season following his £36m move to Liverpool but seen as the long-term future of the defence. But both players have missed games this season due to injury, leaving Jurgen Klopp scratching his head for options at times. 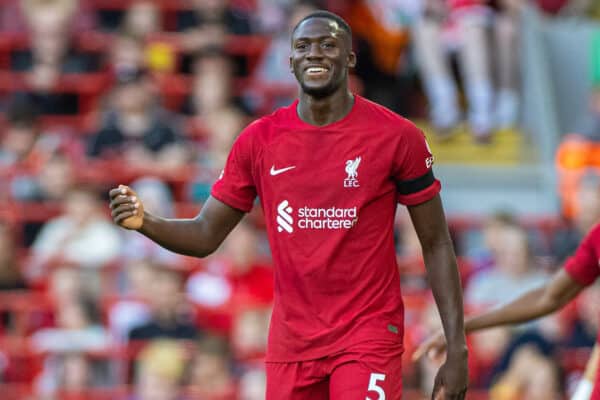 Ibrahima Konate in a past Premier League match for Liverpool. | PHOTO: Liverpool FC |

But his fitness will be assessed ahead of a visit from Brighton on Saturday afternoon, per The Athletic, as Liverpool gear up for their first Premier League game in almost a month.

Konate’s impending return is a welcome one with the Reds’ treatment room still appearing worryingly over-saturated, heading into a busy fixture schedule before the World Cup.

Alex Oxlade-Chamberlain and Naby Keita are both out with thigh injuries leaving Liverpool’s midfield light on numbers, while Andy Robertson nursed a knee injury throughout the international break.

Injuries and inconsistency have played a part in Liverpool stuttering so far this season. They’ve taken just nine points from their opening six Premier League games and already find themselves eight adrift of title rivals Manchester City, albeit while playing a game less.

In other news still on injury updates, N’Golo Kante has also returned to Chelsea training from his hamstring injury on Tuesday in a huge boost for the Blues and the French national team.

N’Golo Kante in a past Premier League match earlier in the season for Chelsea FC. | PHOTO: Football London |

Kante has been absent for Chelsea since coming off on August 14 in the Premier League clash against Tottenham Hotspur at Stamford Bridge and his return will be a huge boost to Graham Potter.

Chelsea confirmed his return on their official site. “N’Golo Kante has returned to part training at Cobham after missing Chelsea’s last six matches with a hamstring injury,” wrote Chelsea on their official website. “It’s welcome news for Graham Potter ahead of a mammoth month ahead, with nine matches scheduled across October in all competitions.” part of the statement said.
The Blues also posted a video of Kante in training from Tuesday’s session amidst online cheers by the fans. The midfielder is however not expected to return this weekend as Chelsea take on Crystal Palace, but progress has clearly been made.
Potter’s side will meet Crystal Palace on Saturday before continuing their Champions League campaign – that they have started poorly, against AC Milan next Wednesday.
Related TopicsChelseaFeaturedFootballibrahima konateLiverpoolN'Golo KantePremier League