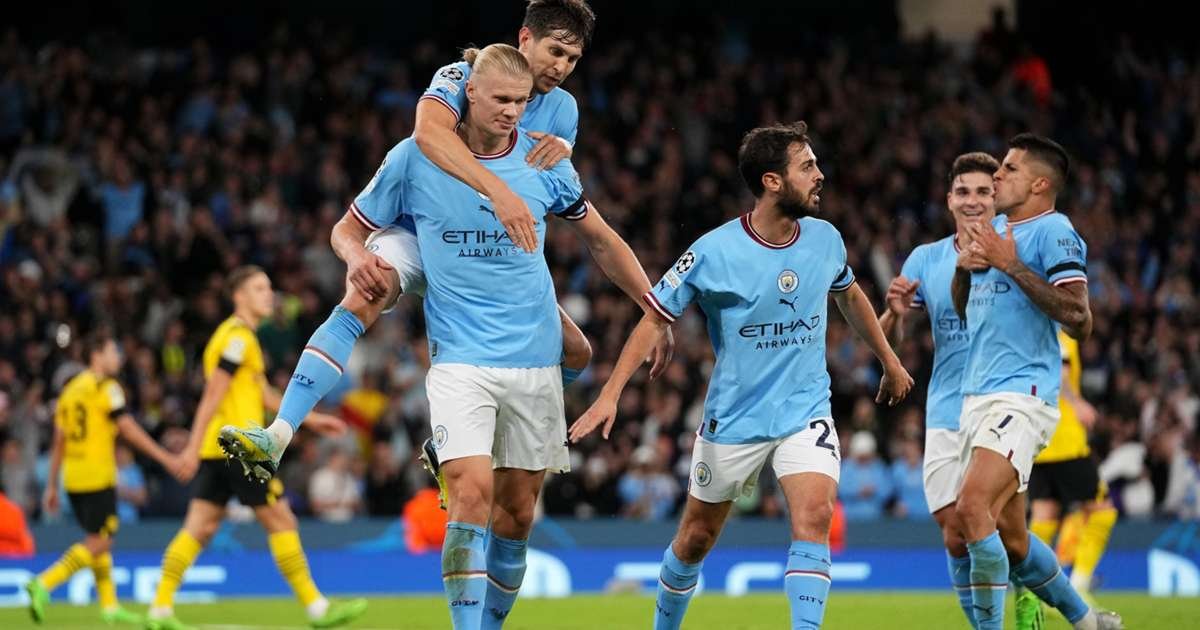 Erling Haaland was on a mission to haunt his former club with a staggering acrobatic winner as Manchester City came from behind to earn a hard-fought 2-1 win over Borussia Dortmund in the UEFA Champions League at the Etihad Stadium.

Haaland, who averaged over a goal per game in the same competition during a two-year spell at Dortmund, met Joao Cancelo’s fine cross with a sensational backheeled volley to seal the hosts’ victory in in the dying minutes of the match.

City had appeared set for a surprise defeat when star-boy Jude Bellingham nodded Dortmund ahead after the break, only for John Stones’ long-range effort to beat Alexander Meyer for the leveller.

Having been kept quiet by Mats Hummels and Niklas Sule for the majority of the contest, the indomitable Haaland came good in sensational style in the 84th minute to ensure City preserved their perfect start to their Champions League campaign this season.

Manchester City forward Erling Haaland scored from this angle to hand the Cityzens a win against his former side Borussia Dortmund in the UEFA Champions League. | PHOTO: Getty Images |

Sule’s excellent defensive header denied Haaland a tap-in as City failed to make their dominance count early on, with the disciplined visitors preventing their hosts from managing a shot on target before the break.

Marco Reus almost bent an effort into the top-right corner as Dortmund grew in confidence, and the winger provided the assist for their 56th-minute opener, volleying in a cross for Bellingham to guide a header beyond Ederson.

Haaland hit the foot of the post with a right-footed shot following a rare defensive lapse from Dortmund and Kevin De Bruyne failed to reach Cancelo’s cross as City looked destined for defeat.

Stones levelled out of nowhere with 10 minutes remaining, though, his well-hit 20-yard strike whistling past Meyer, who will probably think he could have done better to stop the effort.

The goal appeared to breathe life into City, forcing Dortmund to retreat into their own area in a bid to cling onto a point. 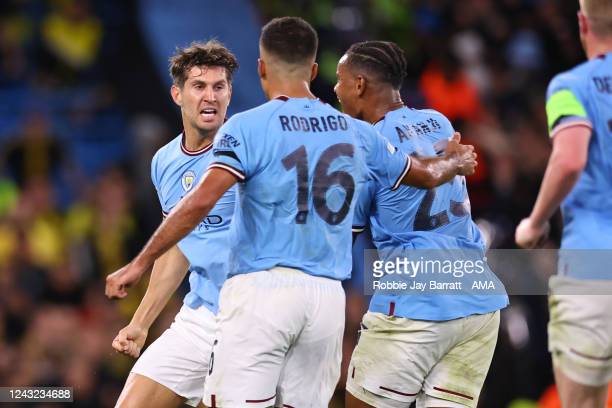 But with time running out, Haaland produced his glorious volleyed finish to break the hearts of his former club, ensuring City strengthened their grasp on top spot in Group G.

Defences have been powerless to stop Haaland since his arrival in England, with the Norwegian rifling home 12 goals for City ahead of Wednesday’s game. Dortmund’s stubborn rearguard almost bucked the trend, but the striker found a way.

Aged 22 years and 55 days old, Haaland is the youngest player in Champions League history to score for and against the same side in the competition, and he is just the second player to ever do so against Dortmund after Ciro Immobile.

The result, meanwhile, means City are unbeaten in their last 21 home Champions League games (W19 D2), the longest such sequence by an English team since Chelsea also recorded a run of 21 between September 2006 and December 2009.

Notably, City’s goals – scored in the 80th and 84th minutes – came courtesy of their first two shots on target in the game.

While Haaland will get the credits for his late acrobatics, Stones’ leveller dragged City into a match in which they had struggled to create. The defender has now scored 18 goals for club and country, but this was his first from outside the penalty area.

The Dortmund man now has four Champions League goals to his name, the most ever scored by an English teenager. Bellingham has also made 18 appearances in the competition, a new record among English players under the age of 20.

City go to Wolves in their next Premier League outing on Saturday, while Dortmund face Revierderby rivals Schalke in the Bundesliga on the same day.