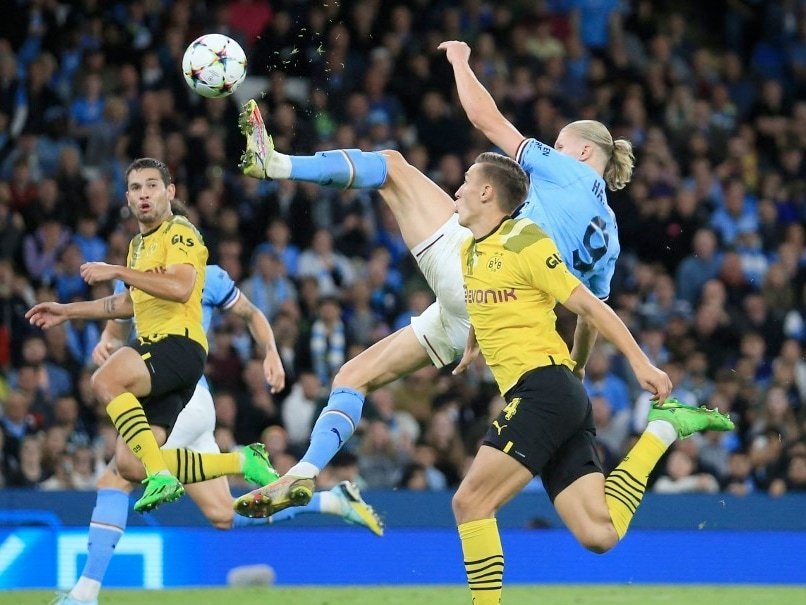 Erling Haaland Signed for Manchester City from Borrusia Dortmund this summer for a fee rising to £85.5m inclusive of the agent’s fees and other add-ons.

The new Manchester City striker is proving his critics wrong and his ability to bag goals game after a game week in and week out has been lauded by several English former players who say the Norwegian could break Allan Shearers Premier League goal record if he keeps the momentum.

The Norwegian International while at Borrusia Dortmund bagged 86 goals in 89 appearances for the club.

There’s no doubt about what football pundits and experts in the game are taunting Haaland for, He is close to equaling Luis Suarez’s Champions League goal but with fewer games played.

Manchester City Coach Pep Guardiola who has been full of praise for his new star speaking after the game against Borrusia Dortmund in which Haaland scored against his former club said, Haaland for a minute reminded him of Johan Cruff.

‘It was quite similar to Johan Cruff and the moment he scored the goal for a moment I thought Johan Cruff, it was a good one, Joao was also exceptional in his assist,’ Pep Said after the match.

There’s no doubt that Haaland was the missing piece in Manchester City’s Jigsaw puzzle and if he keeps fit the striker could take City to unimaginable glory this season one being the Champions League title which they have never laid their hands on. 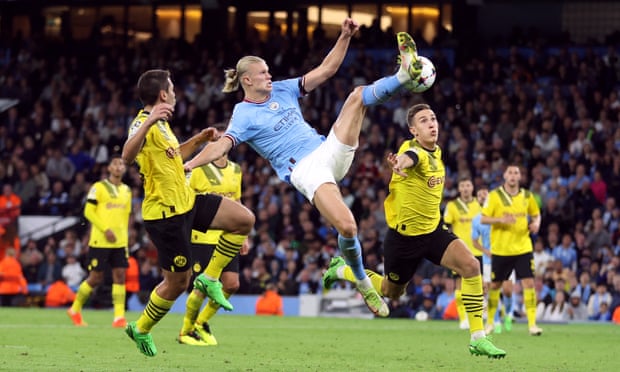 Likening Haaland to all-time Barca great Johan Cruff is full praise to the 22-year-old who has outscored some big names in the Champions League history of goalscorers.

In the next Champions League game with City if Haaland scores he will outscore Luis Suarez who is currently not playing in Europe. Suarez joined his boyhood club Nacional on a free transfer after his contract with Atletico Madrid expired in July.

We have sampled the players in the Champions League goal charts whose Erling Haaland has gone ahead with only 26 goals so far in the competition.

Gareth Bale joined LA Galaxy after his contract with Real Madrid expired. Bale has won the Champions League trophy five times with Real Madrid and will always be remembered for the overhead kick in the finals against Liverpool.

The flying winger with his lethal foot will remain in the memories of Real Madrid fans even though his last stint with the club was clouded with a lot of criticism from the Spanish Media.

The England international has played most of his career at Tottenham Hotspurs and a time in 2020 while he was highly linked with a move to Manchester City he declined and decided to stay at the club.

In 26 Champions League games, Kane has scored 20 times averaging the best goal-to-game ratio on the list

The former Spanish International footballer is now a coach. He was the most lethal striker the best moment in the Champions League game came while at Liverpool. He has scored 20 goals in this competition and is now inactive.

Hernan Crespo is now retired and played for Argentina National Team. In his illustrious club career, he played for Chelsea, AC Milan, Lazio, Parma, and Inter representing them on the biggest stage.

Playing nine seasons in the UEFA Champions League competition Hernan Crespo scored 25 times in this competition before exiting the stage.

Sadio Mane is active in this competition and settling in nicely at Bayen Munich having completed a move to the German side in the summer. 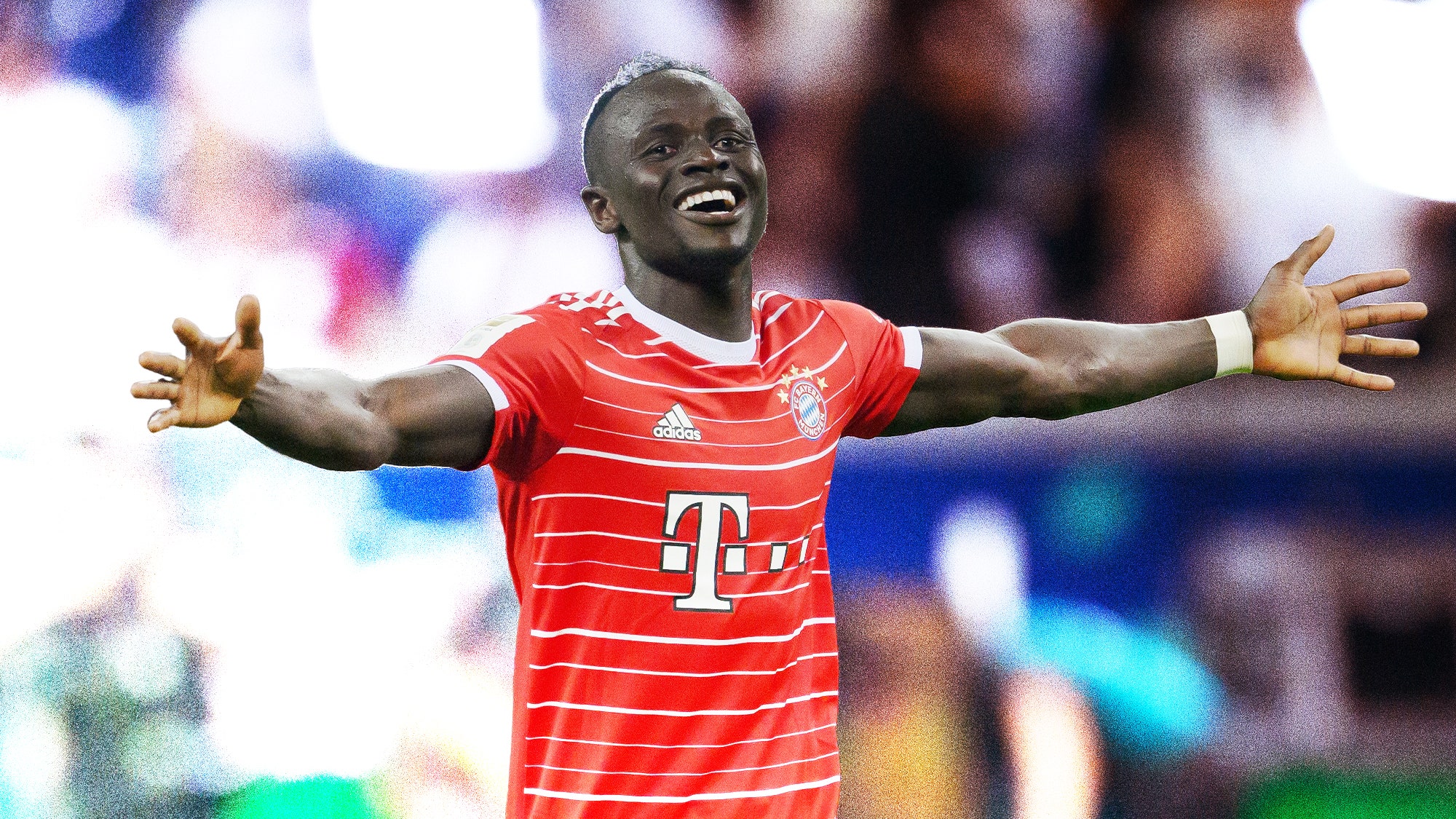 The Senegalese international helped Liverpool return to glory with Jurgen Klopp trusting him to lead the line alongside Mohamed Salah and Roberto Firmino.

Presently featuring for Bayern Munich in the competition where he racked his 57 appearances Sadio Mane has more in the tank to produce despite Haaland going ahead of him. He has scored 24 goals and will be keen to add those numbers with Bayern Munich.

The Dutch international appeared in this competition representing Arsenal and Manchester United.

In 59 appearances the former Arsenal and Manchester United player scored 25 goals and to imagine Haaland has outscored him already at 22 years is no small fit. Haaland could go on to become one of the top scorers to ever grace this game.

Sterling active in this competition will seek to stretch his goalscoring record which is at 25 goals. Haaland leads him with one goal.

Paul Scholes has featured in this competition for the longest time first appearing in 1994 and last in 2012. The Manchester United legend is still idolized by midfielders in the club including the new recruit Brazilian Casemiro who said he idolized him in his starting career. 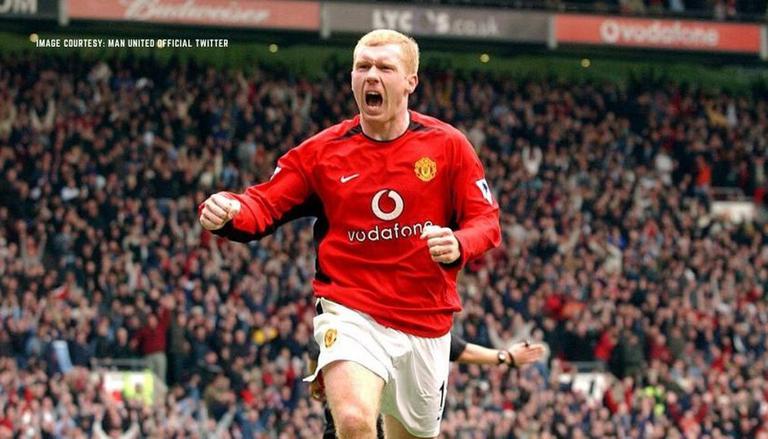 The midfielder has played 100 more Champions League competitions over Erling Haaland where he scored 24 goals.

He won the competition two times with Manchester United and was a key figure in their success under Sir Alex Ferguson.