Devin Haney is arguably the best young boxer in the world. Due to his achievements and success in the boxing world, many would want to know Devin Haney biography.

The American professional boxer is the current undisputed lightweight champion. He has held the WBC title since 2019 and the IBF, WBA (Super), WBO and the Ring titles since June 2022.

Devin Haney biography talks about a boxing career that has paid off. ESPN and Transnational Boxing Rankings Board rank the 22-year-old as the best active lightweight in June 2022.

Devin Haney was born on November 17, 1998, in San Francisco, California, U.S. He lived in Oakland, California as a child until he turned 14, when he moved with his father to Las Vegas.

Devin Haney biography has it that he began boxing at the age of seven. He began getting the attention of boxing fans when he became the youngest member of the USA Junior National Boxing Team at the age of 14.

The teenager won bronze medal in Russia before taking home gold in the Dominican Republic.

During his amateur career, Devin Haney was trained by the legendary boxer Floyd Mayweather Sr. Haney was a national champion seven times with a record of 130 wins to 8 losses.

Devin Haney biography would be incomplete without talking about his boxing career. The talented boxer was to begin his professional career by fighting Filipino Dela Torre on February 2, 2018. However, Dela Torre had difficulties in obtaining his visa leading to his withdrawal from the fight.

Devin Haney began the 2019 year in style by defeating a very tough opponent Xolisani Ndongeni. Five months after his victory, the American boxer dominated Antonio Moran on the way to a vicious seventh-round knockout.

Devin Haney defended his title for the first time in November 2019 when he defeated Alfredo Santiago (12-0), winning by anonymous decision.

Devin Haney set history in June 2022 by becoming the first boxer in the four-belt era to be crowned the undisputed lightweight champion.

The young boxer defeated George Kambosos Jr., who had home support in Melbourne, Australia. Haney dominated his opponent, and all the judges scored in his favour.

George Kambosos and Devin Haney are scheduled to have a rematch on October 16 at Rod Laver Arena in Melbourne, Australia. Haney will be defending his titles during the match.

Devin Haney biography has a lot to talk about, including his personal life and relationship. The American international has a younger sister and two brothers (Bill Haney Jr & Sean Haney).

The 22-year-old professional boxer has been in a relationship with Blac Chyna, Kris Summers, Jania Jackson & Liza Galore. The most recent girlfriend of Devin is India Westbrooks, who is a TV personality and a model.

What is Devin Haney’s net worth

Devin Haney has a net worth of about $5 million.

Is Devin Haney signed to Mayweather?

The talented boxer is currently signed to Mayweather Promotions. However, his contract is expected to expire soon.

Which cars does Devin Haney drive? 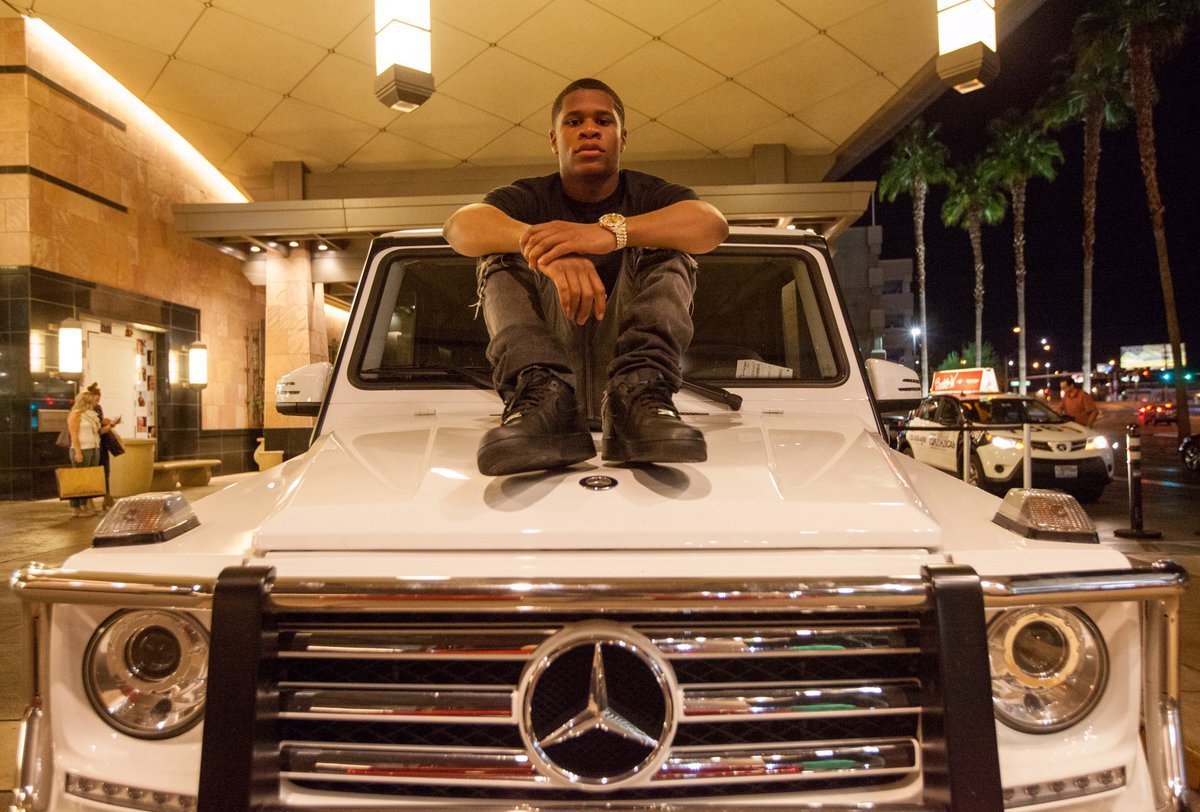 Devin Haney with one of his cars. Photo/ Twitter.