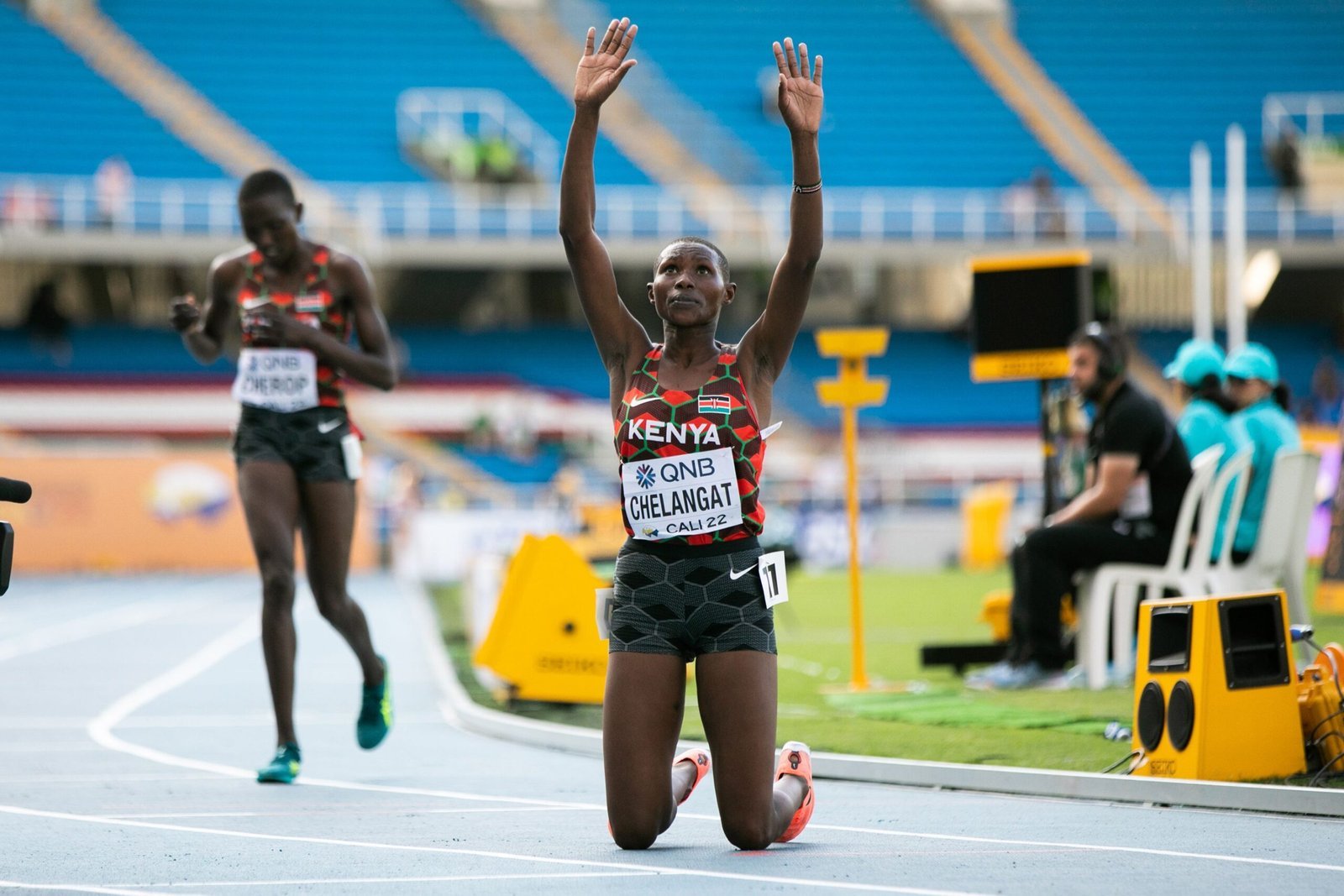 Kenya started its title defense at the World Athletics Under-20 Championships in Cali, Colombia on a high, with two medals on the opening day.

Betty Chelangat and Nancy Cherop won gold and silver in the women’s 3,000m, defending the crown won by Teresia Muthoni on home soil at the last World Championships held in Nairobi last year.

Chelangat blazed through the final lap to clock 9:01.03 while Cherop could not match up the finishing kick of Ethiopian Tsiyon Abebe who timed 9:05.98 for silver with the Kenyan clocking 9:08.98 at third place for bronze.

For the opening three laps of the race, it was a closely knit contest but it soon broke up with Chelangat and Cherop gliding away from the rest of the park, followed on by Abebe.

Put down her feet with two laps to go

With two laps to go, they injected pace into the race with Chelangat leading and Cherop remaining second, Abebe not fading away and sticking on their shoulders like a tick.

At the bell, Chelangat pushed the pace and began to open the gap between her and Cherop and by the time she was on the backstraight, she had established a gap of almost 50m.

At the home stretch, Cherop was beginning to tire off and Abebe took advantage to storm past her into second.

Earlier on, all Kenyan athletes involved progressed to the next round in their various events.

Faith Cherotich who won bronze when Kenya hosted the event in Nairobi last year posted the quickest qualification time, clocking 9:38.18 to progress to the final after easily winning Heat two in the women’s steeplechase.

Kosgei finishes second in her heat

She will be joined in the final by compatriot Pamela Kosgei who finished second in 10:09.89 behind Ethiopia’s Sembo Almayew.

In the men’s 1500m, Daniel Kimaiyo and Reynold Kipkorir both won their heats to book a semi-final slot with the two fastest times off the first round.

The women’s 800m semi will be staged on Wednesday early morning. Meanwhile, the men and women’s 400m heats will be competed on Tuesday evening.