Silver and bronze for Kenya in Commonwealth 10,000m 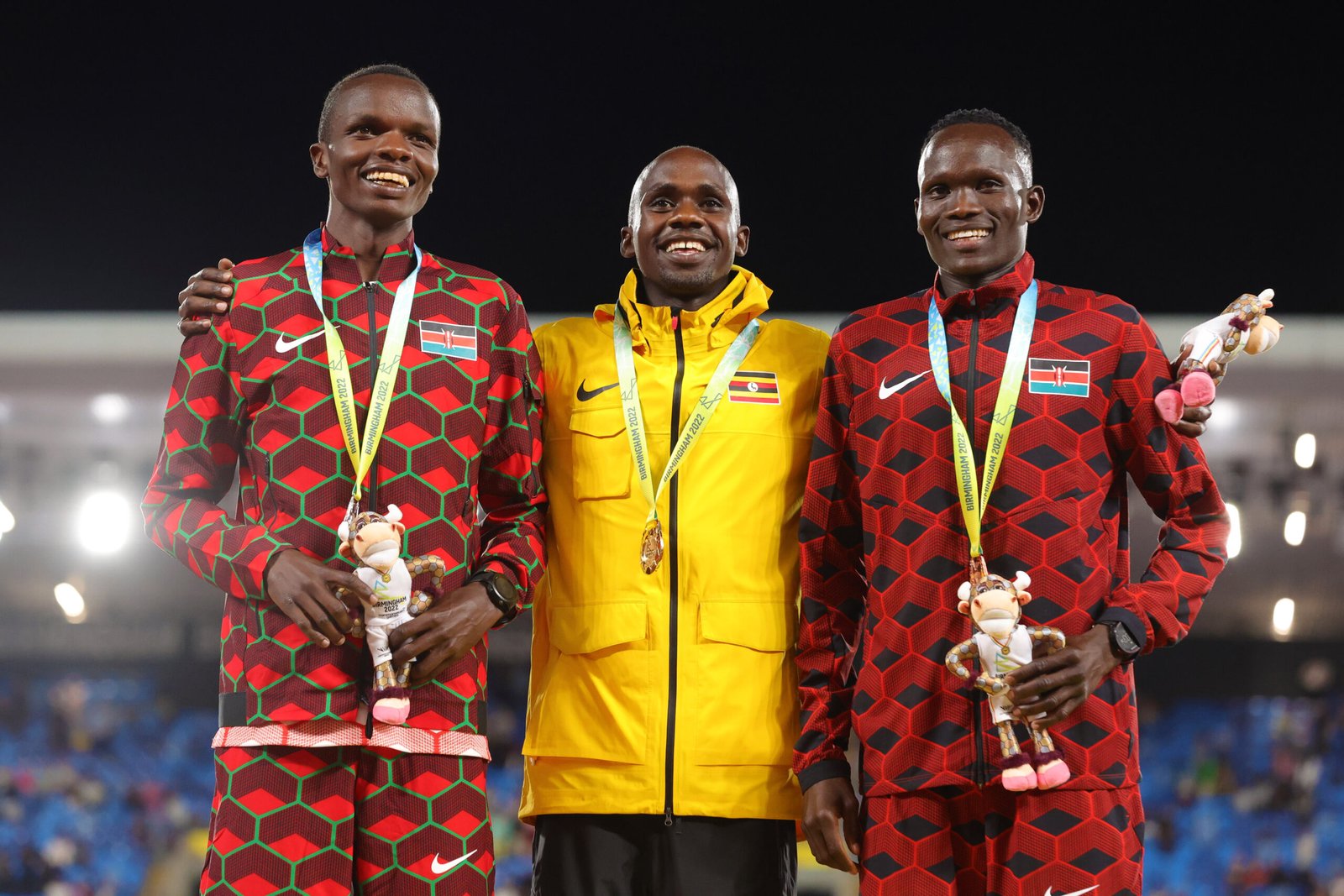 The last time Kenya won the 10,000m title at the Club Games was in 2002 when Wilberforce Talel won in Manchester. Since then, it has become a Ugandan affair.

Kiplimo won the race in sensation fashion, setting a new Games record time of 27:09.19. Simiu finished second for silver in a new lifetime best time of 27:11.26 while Kandie came home third in 27:20.34, also a new personal best for him.

The best thing to happen to me 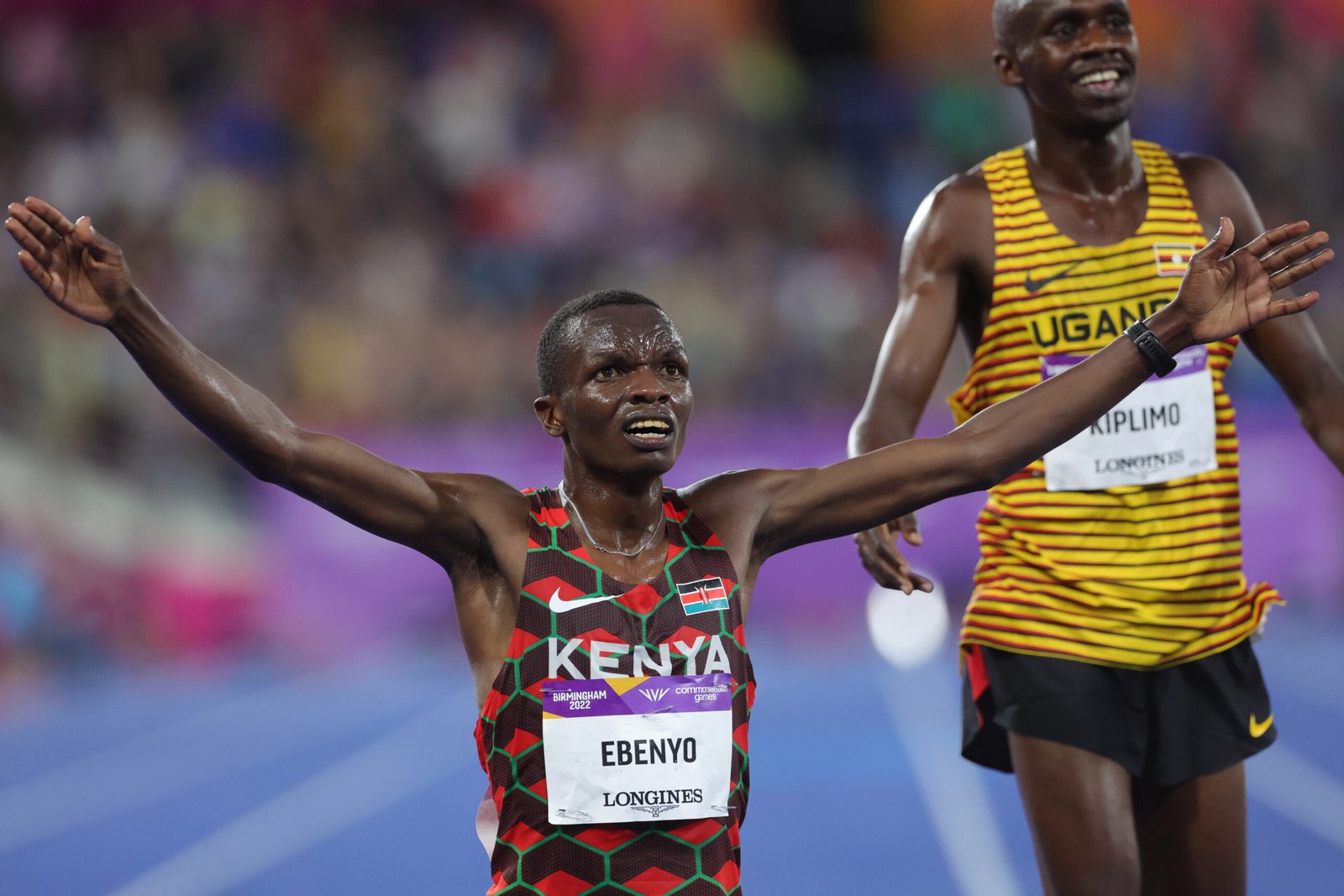 “This is the best thing to happen in my career and I am really delighted. I am happy to add a Commonwealth silver to my African silver and this is huge motivation for me. I want to thank my coaches for the support they have given me and I now want to achieve more,” said Simiu.

He had tried to go toe to toe with Kiplimo in the final lap which ended in a sprint finish, but he could not take the chase to the line and blamed this on fatigue as he had also competed at the World Championships two weeks ago in Oregon, United States.

“I tried to go but I felt that I didn’t have enough strength and when I saw I was already well placed for silver, I just had enough to finish,” he added.

Meanwhile, Kandie was also pleased with his bronze.

“I am overjoyed because this is the first time I am representing the country. When I was named in on the team for the Commonwealth Games, I vowed to work hard to win a medal for my country and I am happy that I managed to do that,” Kandie said.

Early leaders drop out of pace 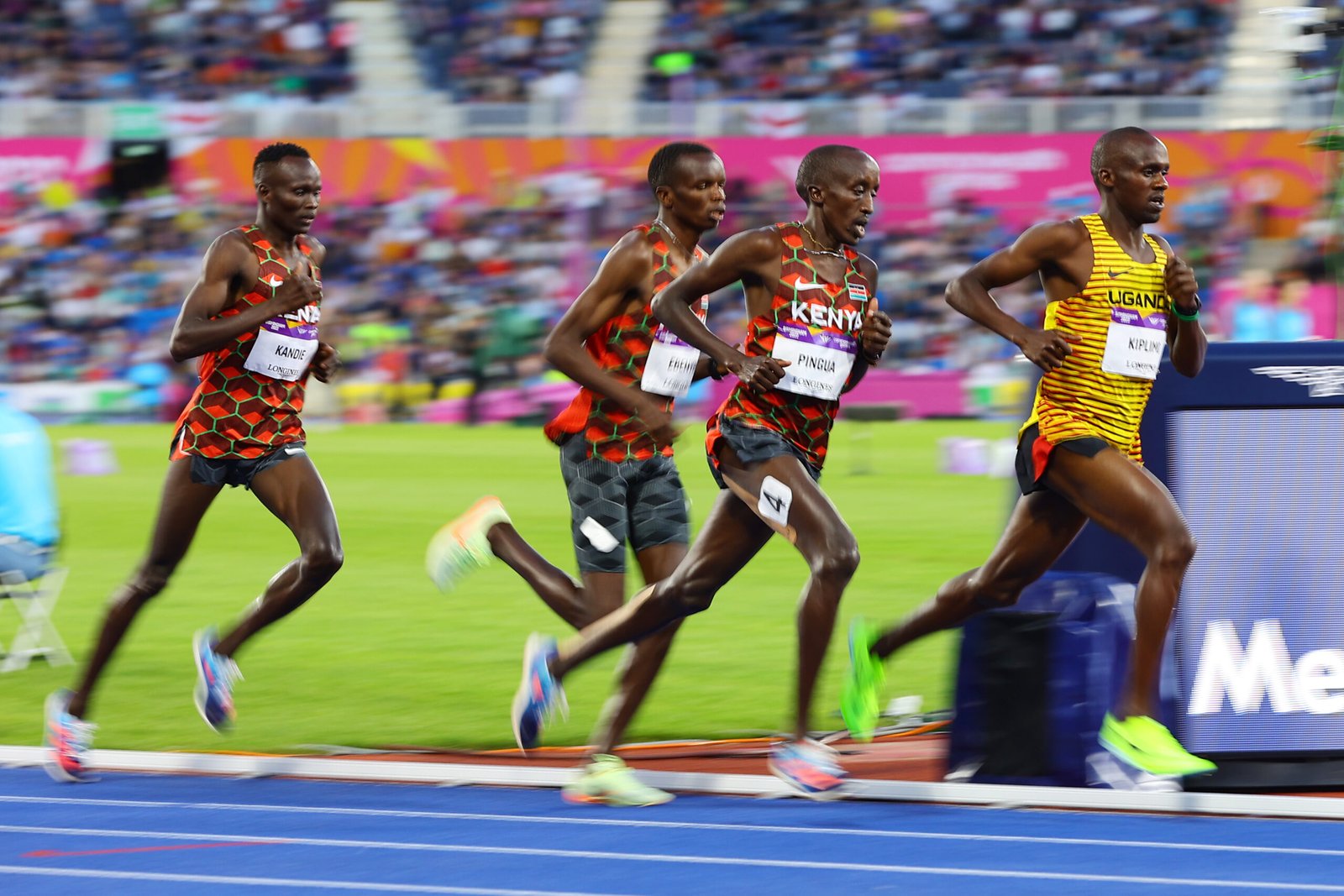 Action in the men’s 10,000m at the Commonwealth Games. PHOTO/Team Kenya

Sam Atkin of England and Scot Andrew Butchart were the early pacers for the race, but they couldn’t hold on for a while with Atkin dropping out of the race. With seven laps left, the Kenyan trio took charge of the race, but Kiplimo went into the lead with four to go.

He kept in the lead and they dropped Zakayo along the way, Kandie and Simiu sticking to his neck. At the bell, Kandie was also dropped down and it was now down to the Kenyan youngster and Kiplimo.

“I am happy to have won today and ensured the title won by Cheptegei (Joshua) in 2018 remains with Uganda. It was a very competitive race and I am glad to get the win,” said Kiplimo after the win.

Cheptegei did not travel to Birmingham to defend his title after pulling out citing fatigue from the World Championships.