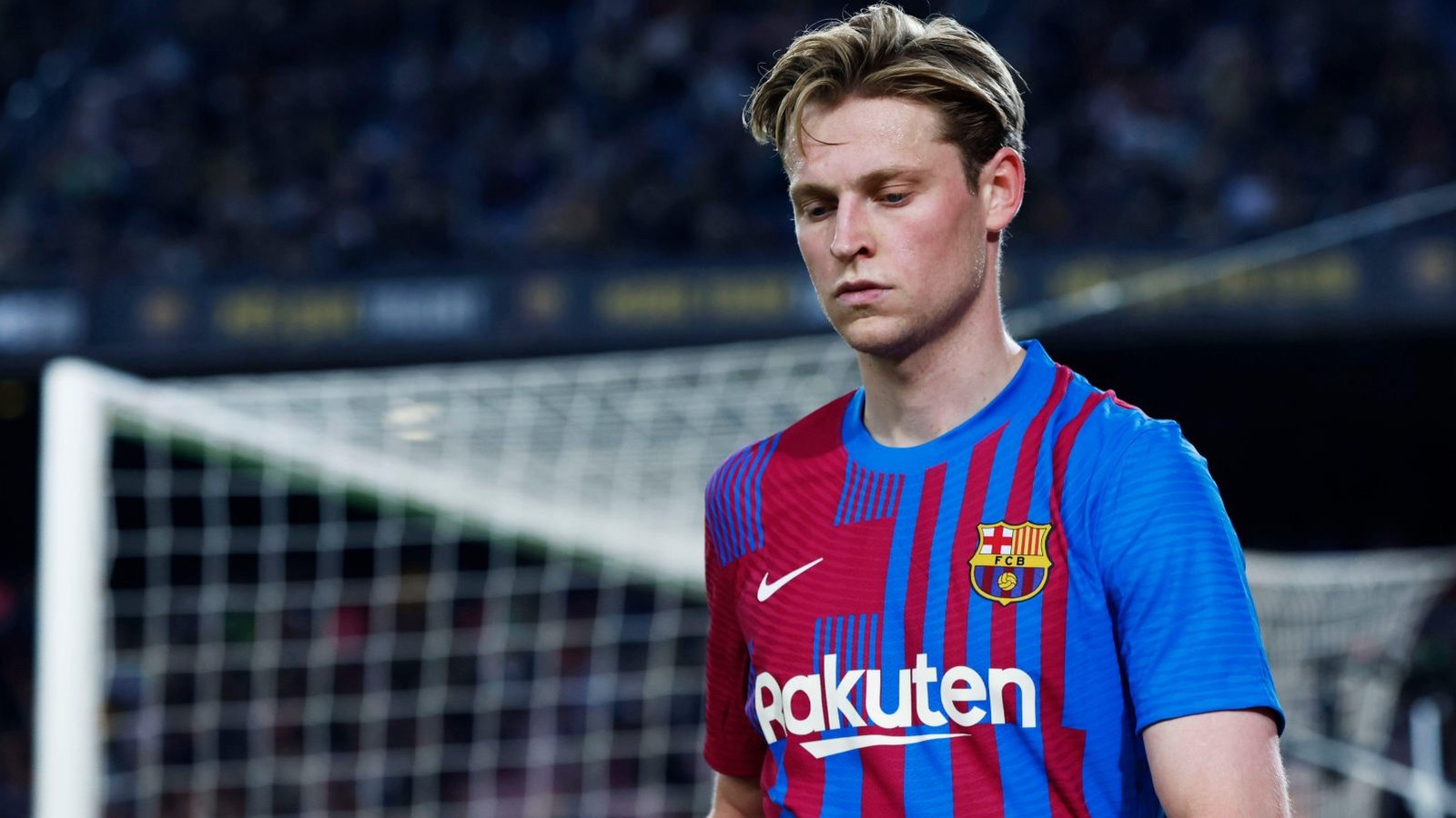 Frenkie de Jong is one of the best midfielders in the world. The Dutchman plays professional football for FC Barcelona. He also represents the Netherlands national team at international level.

Frenkie de Jong is known for his attacking prowess and defensive abilities on the pitch. The central midfielder has good vision, passing and dribbling ability.

De Jong has won several individual awards and trophies with Ajax and FC Barcelona. The Dutchman was part of the Ajax squad managed by Eric Ten Hag, that reached the semi-finals of the UEFA Champions League in 2019.

De Jong is currently on the radar of Manchester United and Chelsea, who want to sign him from FC Barcelona.

Frenkie de Jong was born on May 12, 1997, in Gorinchem, Netherlands. Frenkie’s father, John, played amateur football for ASV Arkel. His mother is also a former footballer.

De Jong began playing football at a very young age, thanks to his parents, who loved the sport. At age 5, scouts from well-established academies in the Netherlands began showing interest in De Jong.

De Jong went for trials at Willem II and Feyenoord when he was seven. He passed the trials at both teams and chose to join mid-table Willem II contrary to the expectations of his family members, who are Feyenoord supporters.

Frenkie developed his abilities on the pitch while at the academy of Willem II. He was promoted to the first team in 2015, where he made two appearances before joining Jong Ajax that same year.

De Jong established himself as a professional footballer at Ajax. The blonde-haired midfielder was in and out of Ajax’s first team in his first season.

However, he established his position in the first team the following season, where he primarily played as a central midfielder. De Jong also played as a centre-back in some matches, especially after the departure of Davinson Sanchez.

Frenkie got the attention of top European clubs during the 2018-19 season when he led Ajax to their first domestic double (Eredivisie and KNVB Cup). He also played a huge role for Ajax in their UEFA Champions League campaign that ended in the semi-finals that season.

De Jong had transfer discussions with Manchester United, Paris Saint-Germain and Manchester City before joining FC Barcelona in the summer of 2019. Since his arrival, the central midfielder has established himself as one of the best players at FC Barcelona. 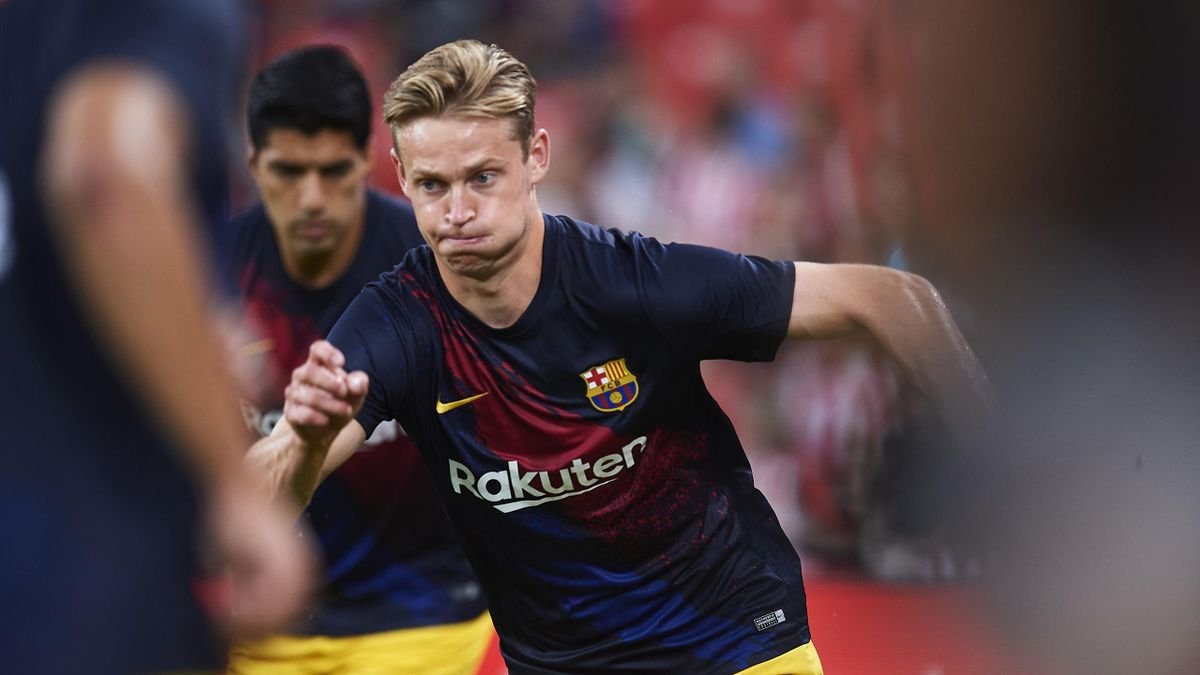 De Jong played a crucial role for FC Barcelona as the Spanish giants won the Copa del Rey in 2021. He scored and assisted two goals as FC Barcelona thrashed Athletic Bilbao 4-0 to lift the title. The midfielder won the Barca Players Award for the 2020-21 season.

De Jong comes from a footballing family. His parents and grandfather are former footballers. His younger brother, Youri, is also a footballer.

Frenkie de Jong wears the number 21 shirt as a tribute to his grandfather, who was born on April 21.

De Jong is in a relationship with Mikky Kiemeney. The couple began dating in 2014 while they were in high school. Frenkie was by then playing for Willem II. De Jong and his fiance got engaged in July 2022. Frenkie’s girlfriend is a hockey player. 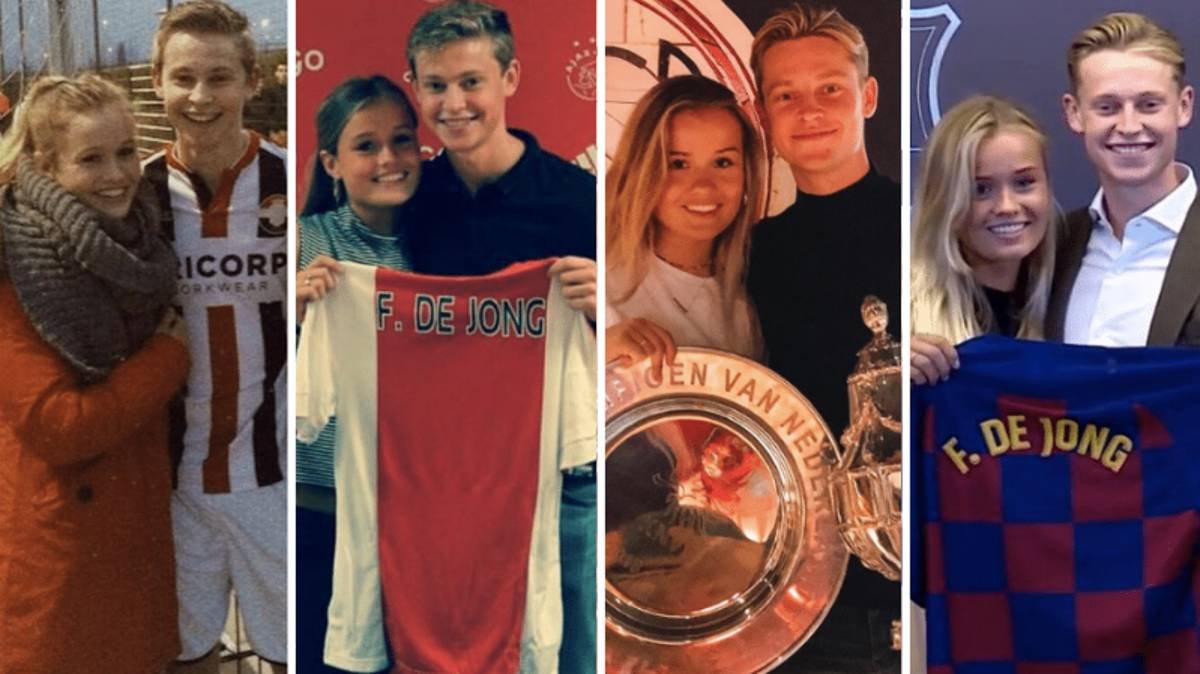 Frenkie is a non-materialistic player who doesn’t care much about expensive clothing like most footballers.

What is de Jong’s net worth

According to several sources, De Jong has a net worth of $12 million.

What is de Jong’s salary at FC Barcelona?

How much do FC Barcelona owe de Jong in wages/