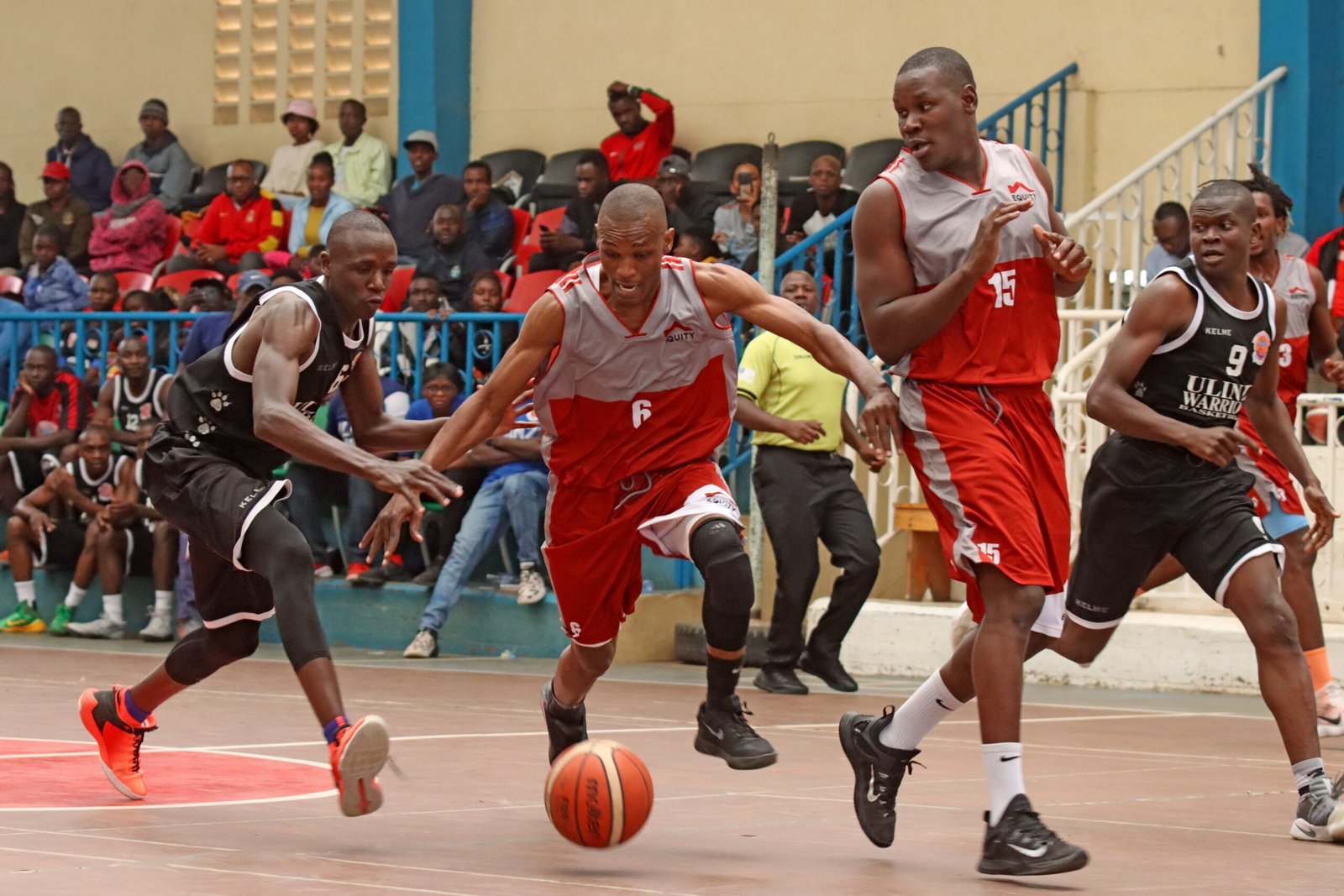 Equity Dumas head coach Carey Odhiambo believes Sunday’s victory over Ulinzi Warriors is the morale booster they need when they take on KPA in another crunch clash in the Basketball Premier League this weekend.

The Dumas stunned league leaders Ulinzi Warriors 69-59 to take a massive first leg victory, the first time in four years they had earned victory over the military side.

“It was a good performance from the team and we played really well. Ulinzi has always been a hard nut for us to crack and finally we managed a win which is really good for our confidence. Everyone played their part and though we were not perfect, it was a good win for us,” the coach said.

He added; “We play KPA next weekend and this victory gives us confidence against another tough opponent. We will look to play with the same momentum and give everything to win. We want to finish the regular season as high as possible.”

Against Ulinzi, Feisal Aden starred for the bankers with a breathtaking 28 points. Odhiambo was elated with his output.

“He is a dangerous player when he finds space and in that game he was on fire. He gives us so much offensively and he has become an asset to the team,” noted the coach.

Ulinzi with a fast start off the blocks 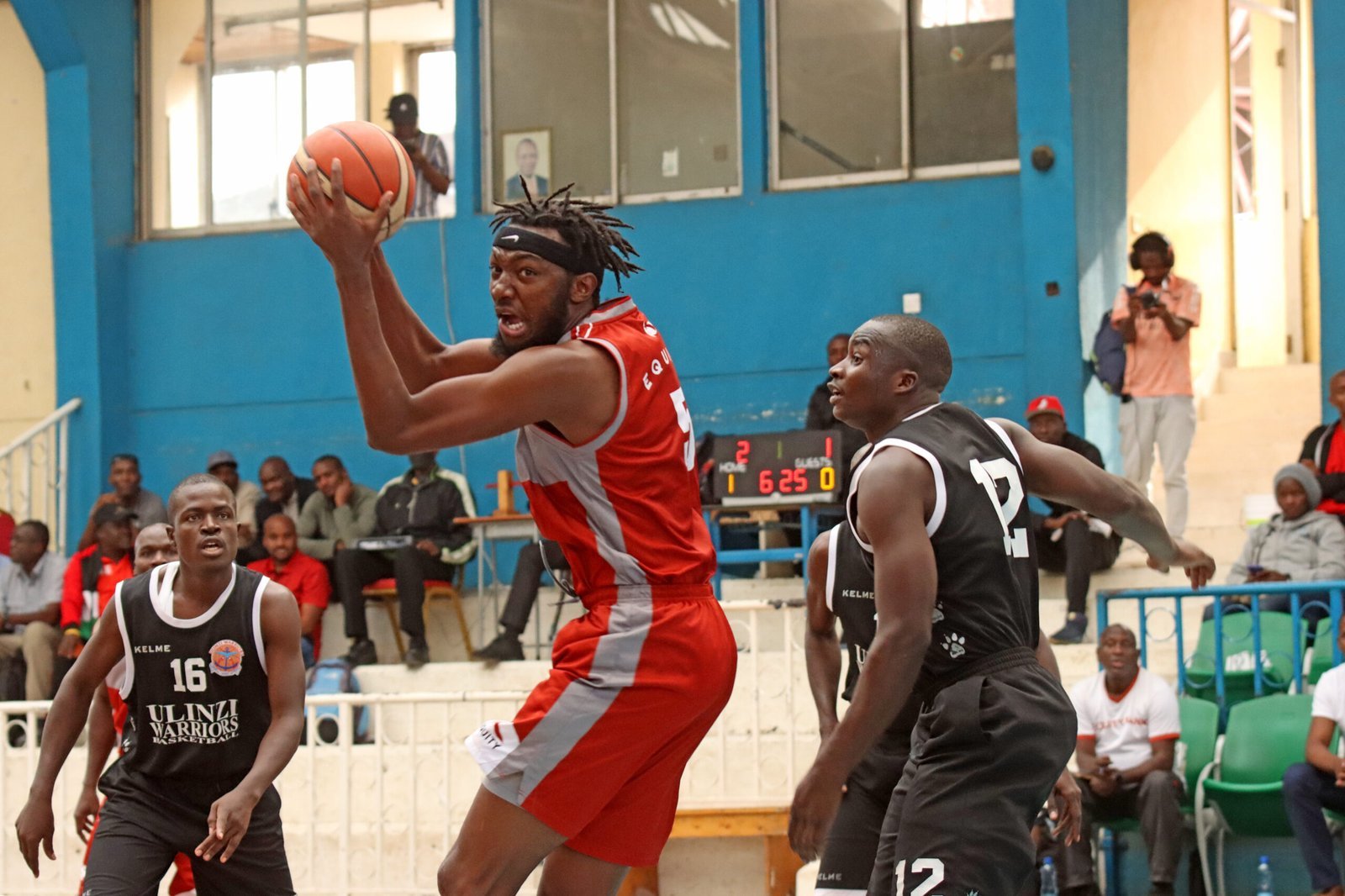 The Warriors started the match well and Equity had only sunk a point from the free throw line with a minute and a half to play. But they managed to squeeze the game to an 11-6 score at the time the buzzer went off.

In the second quarter, the bankers came back more organized and Aden sunk back to back threes to take his side to within a point of Warriors, scores standing at 13-12.

Eric Mutoro stretched the lead for Warriors with a shot beyond the arc but Victor Ochieng responded in kind restoring the single point and it is from hence that the Dumas started their dominance.

Titus Musembi then shot from beyond the arc as the bankers went into the lead for the first time and at halftime, had a four point lead, scores standing at 30-26.

The bankers were better on either of the two boards, defensively and offensively, and punished Ulinzi with a myriad of turnovers, the soldiers mostly careless on possession. 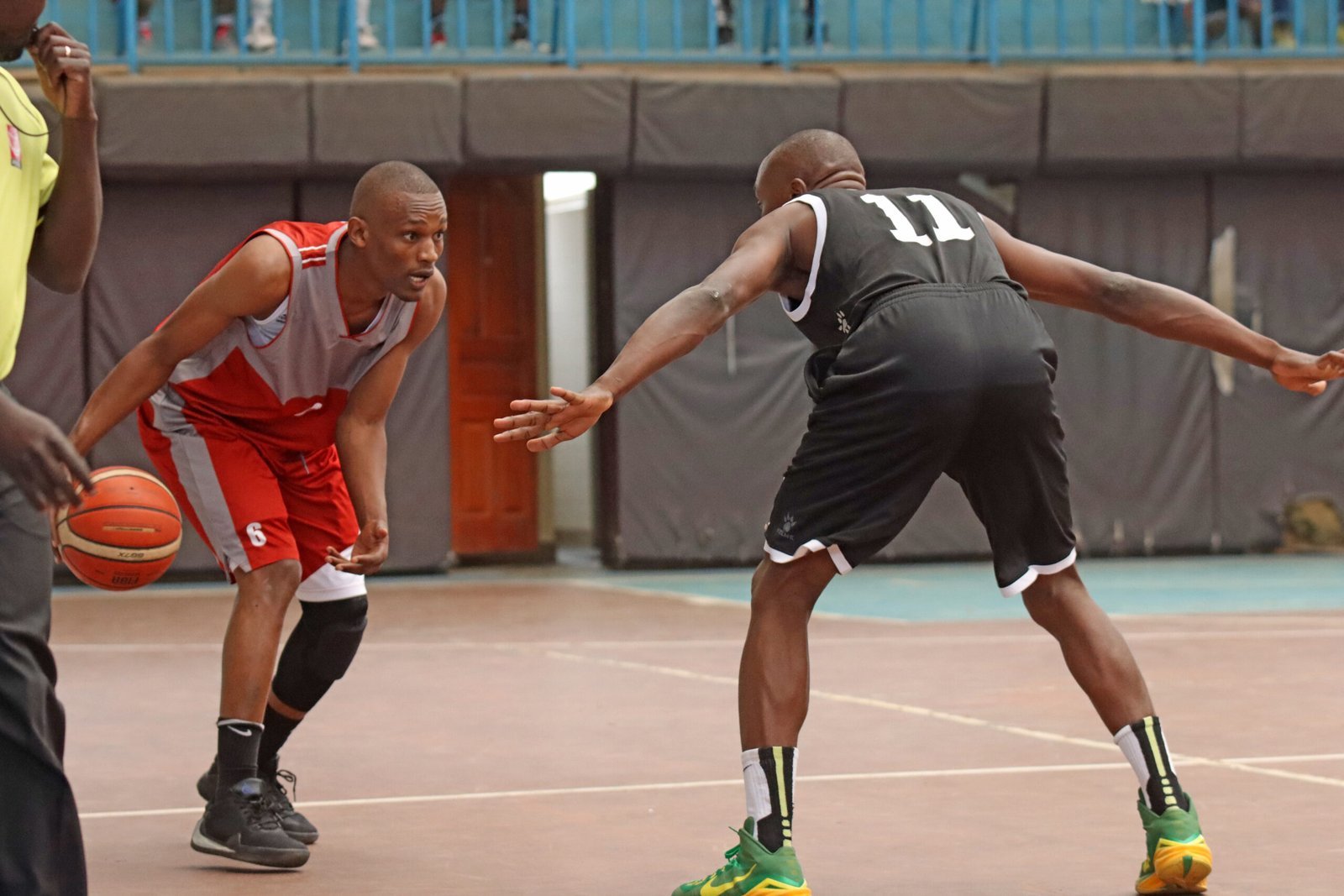 In the third quarter, Warriors came back determined and went toe to toe with the bankers. With 30 seconds to play, Collins Muliro’s three pointer drew the two sides level at 46-46 but he undid all that work with a foul on Victor Bosire.

The former Ulinzi man stepped on the free throw line and converted one of the two and the impressive Aden would swing in three from beyond the arc to restore Equity’s four-point lead.

Warriors tied the game with 1:47 played in the fourth quarter prompting a time out from Equity. When they returned, they were a different breed, Aden swinging back to back threes and prompting a huge postmortem for the Warriors players who were having a go at each other for giving the Dumas star man space.

But they couldn’t stop him as he earned three more points, this time as he was fouled outside the arch and they opened up an 11 point lead with less than four minutes to play.