5 highly-rated players yet to play a minute this season 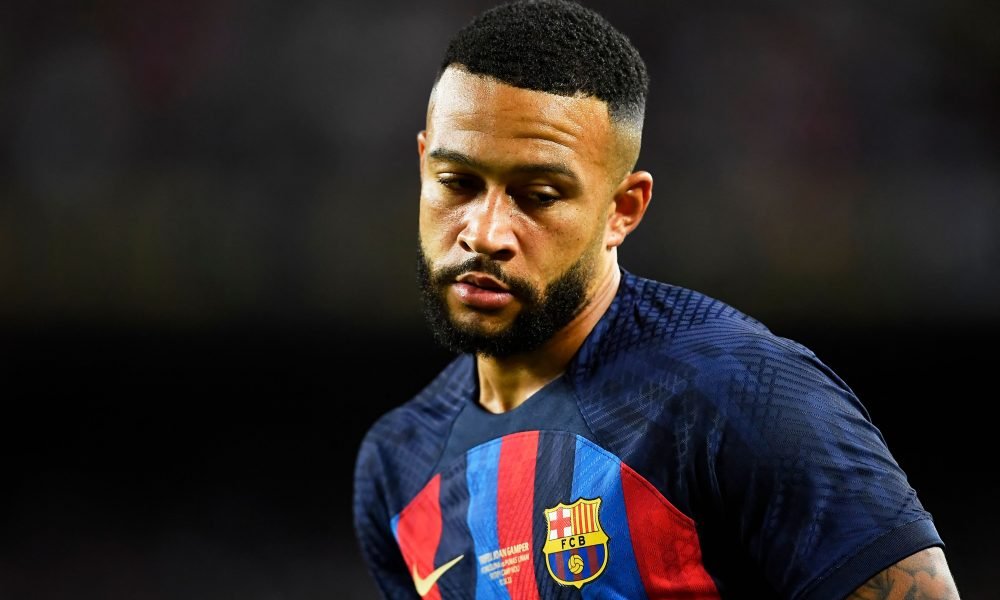 The 2022-23 season began in Europe’s top leagues several weeks ago. However, some highly-rated players are yet to play a minute this season.

These amazing players could find it hard to get playing time the whole of this season in their respective clubs. They have fallen down the pecking orders at their teams.

It’s also a tough time for those footballers who have to choose whether to remain at their clubs or leave before the window closes.

This article will look at the top five highly-rated players yet to play a minute this season despite being fit.

Memphis Depay is one of the players who made headlines this summer transfer window. The Dutchman is supposed to leave FC Barcelona this summer.

He was linked to Manchester United last month, but the move never happened. Memphis then came close to joining Juventus, but the move broke down two weeks ago.

Despite FC Barcelona’s efforts to offload Memphis Depay, it is unlikely that he will depart this summer. The former Lyon striker will have to fight for his position in Xavi Hernandez’s squad. He is one of the highly-rated strikers yet to play a minute this season.

Depay competes for the number nine position in FC Barcelona’s squad alongside Robert Lewandowski and Pierre-Emerick Aubameyang. Due to the quality of Aubameyang and Lewandowski, Memphis will have to do a lot to get playing time at FC Barcelona.

Marcos Alonso has been linked to FC Barcelona since the start of this summer transfer window. However, the wing-back is yet to join the La Liga giants.

Alonso is among the highly-rated players yet to make an appearance this season. The Spaniard international has fallen down the pecking order at Chelsea after the arrival of Marc Cucurella. Chelsea manager Thomas Tuchel prefers Marc Cucurella and Ben Chilwell over Alonso.

If Marcos Alonso fails to leave Chelsea this summer, he will likely struggle for playing time at Stamford Bridge.

Miralem Pjanic was one of the best midfielders in the world during his time at Juventus. However, the midfielder is yet to show his ability as a Barcelona player.

Pjanic spent last season on loan at Besiktas. According to Sport, Al-Nassr are interested in him. He could secure a move to the Saudi Arabian club before the transfer window closes.

The Bosnian midfielder is one of the highly-rated players yet to play a minute this season. He impressed Xavi at the pre-season friendlies, but the Spanish coach is yet to give him playing time in FC Barcelona’s midfield.

Xavi views Pjanic as an option to Sergio Busquests. And since Barca have several options in the midfield, it will be hard for Miralem Pjanic to get playing this season.

Gerard Pique is one of the football stars who could retire in the next few years. The Spanish international was among the best defenders in the world in his prime. However, he has struggled to impress on the pitch in recent years.

Pique has fallen down the pecking order at FC Barcelona and is one of the highly-rated players yet to play a minute this season. The legendary centre-back has been part of Barcelona’s squad in the last three La Liga matches. However, he spent 90 minutes of each game on the bench.

Pique has a lot to do to be in Xavi Hernandez’s starting eleven this season. Idrissa Gueye was a key player for Paris Saint-Germain last season. He made 33 appearances across all competitions for the Ligue 1 champions.

However, the African footballer has not played a minute this season. Gueye is one of the players Paris Saint-Germain intended to offload this summer. He was linked to Everton, but the move never happened.

Paris Saint-Germain deems Idrissa Gueye as surplus to the requirements. The midfielder is one of the highly-rated players yet to make an appearance in the 2022-23 season.