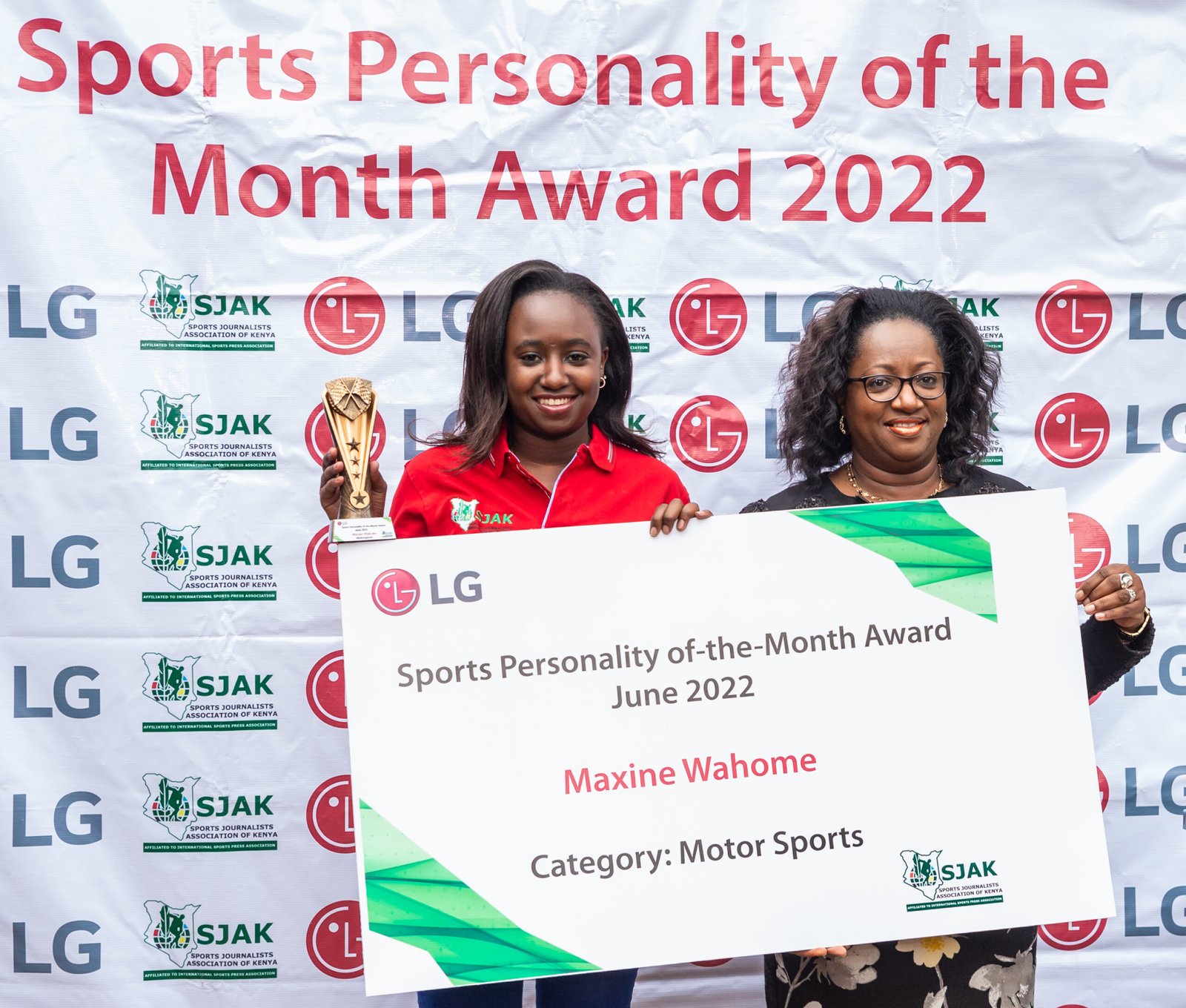 After her historic run at the Safari Rally where she became the first woman in close to three decades to win a major World rally Champion, Maxine Wahome has been named as the sportswoman of the month of June.

Wahome did superbly well to clinch the WRC3 Category at the Safari Rally, becoming the first woman behind the wheel to win an official WRC support category since Isolde Holdereid in the Group N Cup.

“My goal on Safari was just to learn the car more and day by day improve on my speed and driving lines, but I am glad I delivered the all-important win incidentally on my second appearance of the iconic event. Wednesday of the rally week was my first time in the car. I normally drive a Subaru Impreza N12. The only testing I got with the car was on Tarmac, which is completely different to Safari,” Wahome said as she picked her award.

The award came with a trophy and an Intelligent Washing Machine worth Sh85,000 from sponsors LG.

“It’s such a great feeling to be crowned the monthly winner more so in a field where Kenya’s long and middle distance runners have reigned supreme globally,” said Wahome.

Problems on the first day 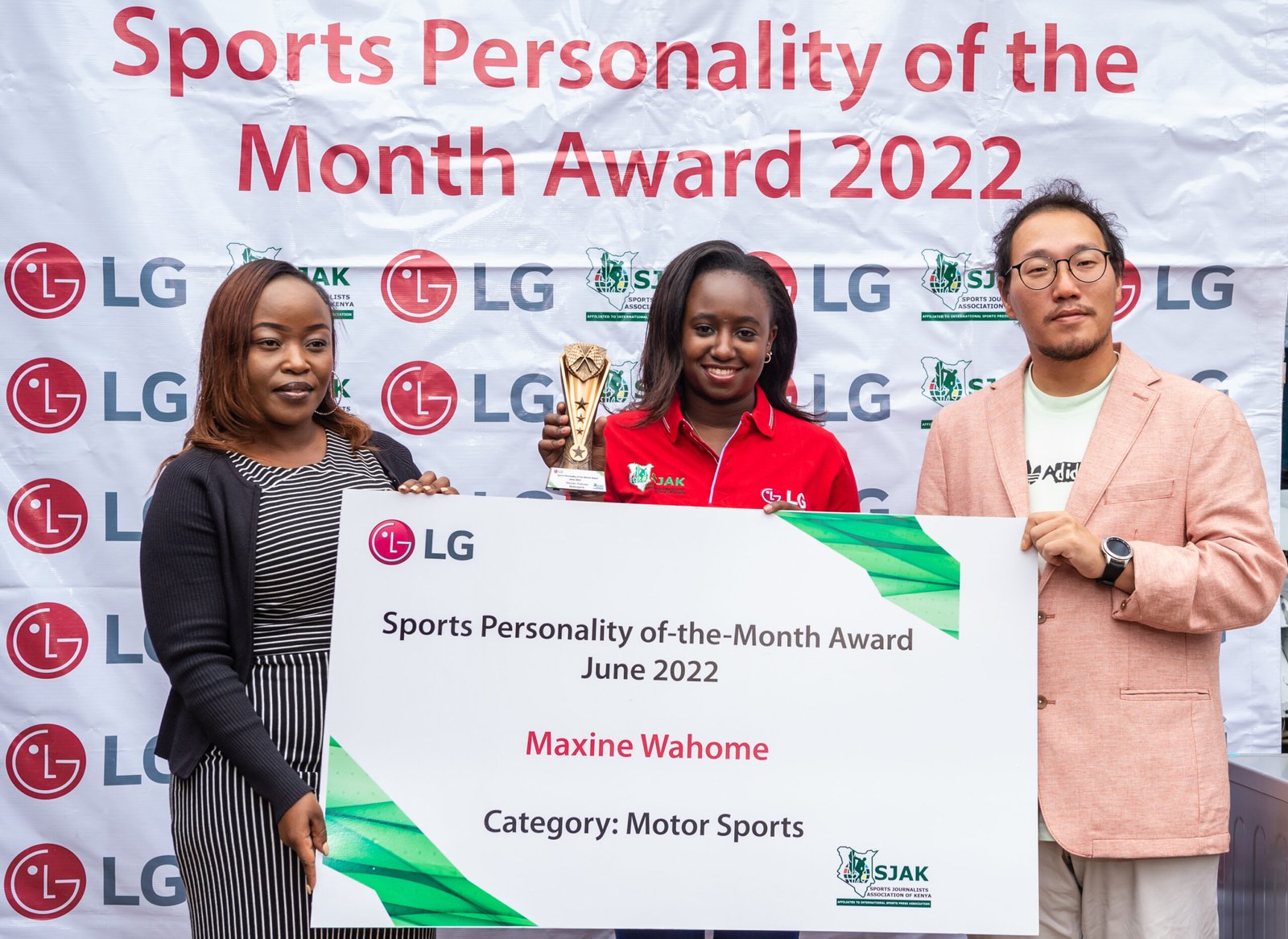 Her Rally last month had nearly closed down on the Friday itinerary when she was sidelined by an engine control unit fault on the final test, but the youngster was able to restart on Saturday and reclaimed the top spot as her rivals came unstuck.

Kim remarked: “LG Electronics East Africa is proud to be associated with Kenya’s talented sports personalities who continue to excel both in Kenya and overseas.”

“Maxine’s feat has inspired countless other women across the globe to approach the male-dominated sport with the much-needed resilience and gusto.”

“As a corporate entity, we are glad that this award continues to reward excellence over and above positioning juniors and women athletes as the future of sport in the country.” 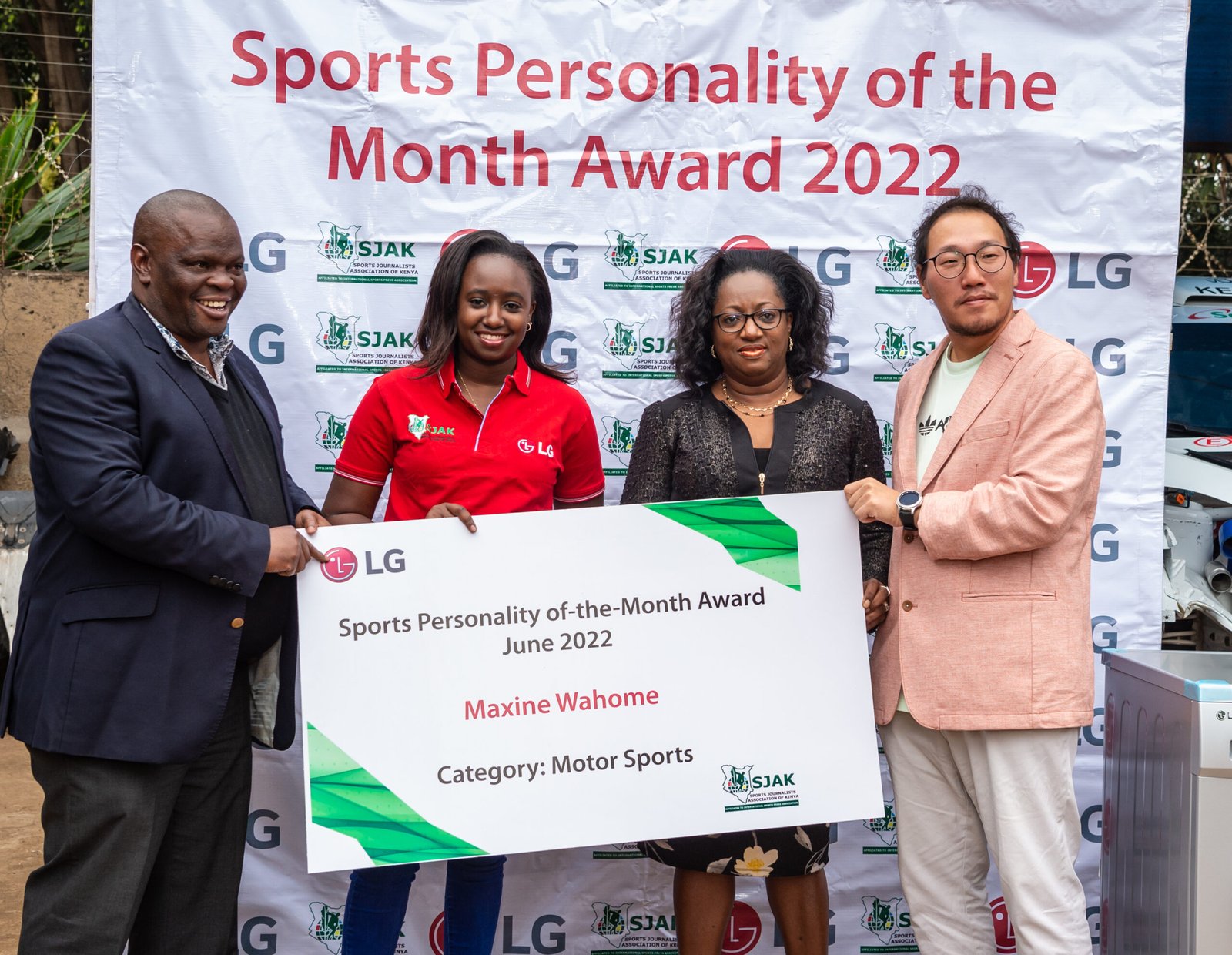 Sports Personality of the Month Maxine Wahome and her mother Beverly Wajhome as well as SJAK boss Chris Mbaisi and LG’s Marketing Manager Changhyun Kim. during the presentation ceremony

On his part, SJAK President Chris Mbaisi thanked LG for their longstanding generous support towards the sporting agenda in the country.

“The award continues to ascertain latent talent in Kenyan sporting circles and indeed motivate sportsmen and women for their stellar performances.”

“Our longstanding partnership with LG Electronics is a clear indication that the Kenyan sporting area is a world of possibilities. I congratulate Maxine for her extraordinary feat. It put Kenya on the world map,” Mbaisi remarked.

Who are the most followed Formula One drivers on Instagram?
Reasons behind Sebastian Vettel retirement 2022