Team Kenya heads for World U20 in Cali with confidence 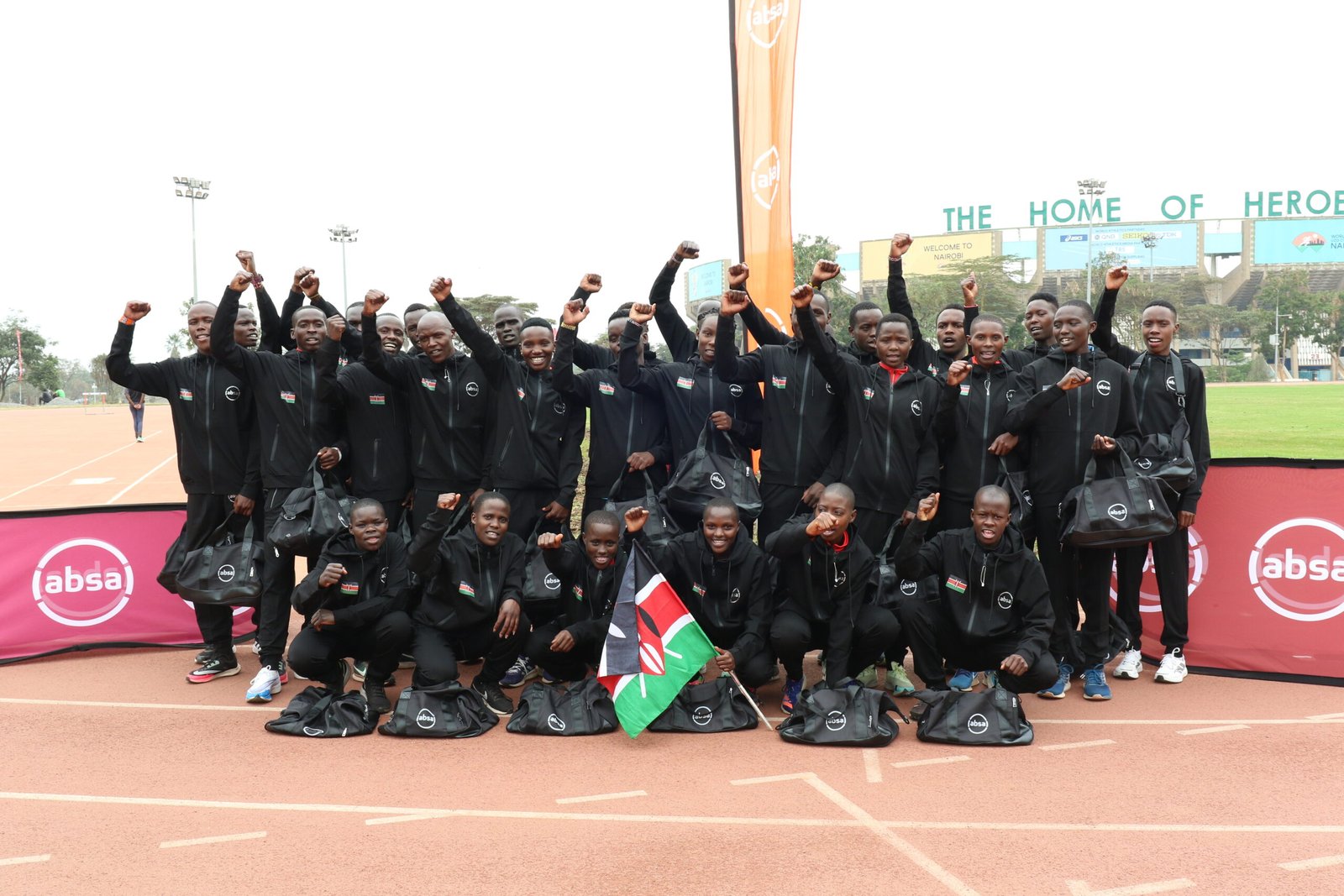 The Kenyan team to the World U20 Championships arrived in Cali, Colombia on Saturday night and are in high spirits ahead of the competition which guns off on Tuesday.

Kenya is looking to win the overall team title for a third time in a row, having clinched the crown in 2018, Tampere Finland and last year when the competition was hosted in the country.

Also for the first time, Kenya will have a female athlete, Winnie Chepngetich- who will compete in long jump at the championship. The athletes will accompanied by team manager Joseph Ilovi and head coach Robert Ng’isirei among other officials.

“The team has been working really well for the past three weeks and we have worked well. We are now hopeful that we will put into practice what we have worked on and perform well,”said coach Ng’isirei.

Defending a title not easy 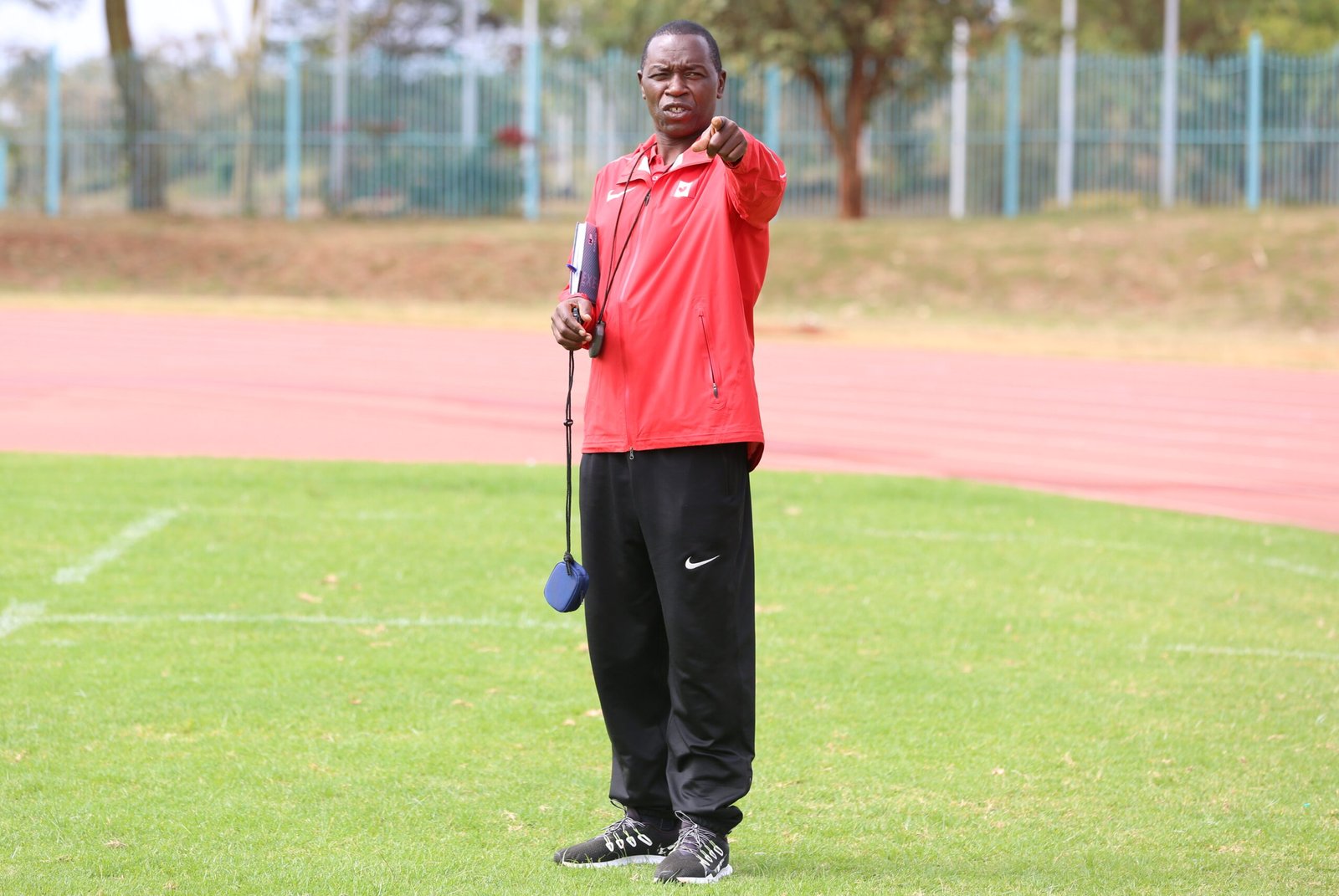 National youth Head coach Robert Ngisirei gestures during a training session at Kasarani ahead of the World Under 20 championships in Cali, Colombia

He added; “Defending a title is not easy and there is always a lot of pressure. But we want to go and do our best and not let Kenyans down we are just praying for good health for the athletes and we will be okay.”

Kenya will have an array of medal chances with a long jumper and triple jumper having qualified, and there will also be an additional walker, with defending champion Herristone Wanyonyi also in.

“We want to diversify our medals and have more competitors qualifying, I know we have a bigger chance for medals. We will do our best,” the coach said.

Meanwhile, the team was boosted with Absa Kenya sponsoring their travelling gear. Speaking during the handover of kits and travel bags, Absa Bank Kenya Head of Communication Charles Wokabi congratulated the athletes for making it past the qualifiers to represent Kenya.

“We applaud our young men and women for their grit and hard work. As a brand, we are proud to be associated with athletics which is a unifier in our country. As Kenyans let us rally behind our athletes and support them as they compete,” Wokabi said. 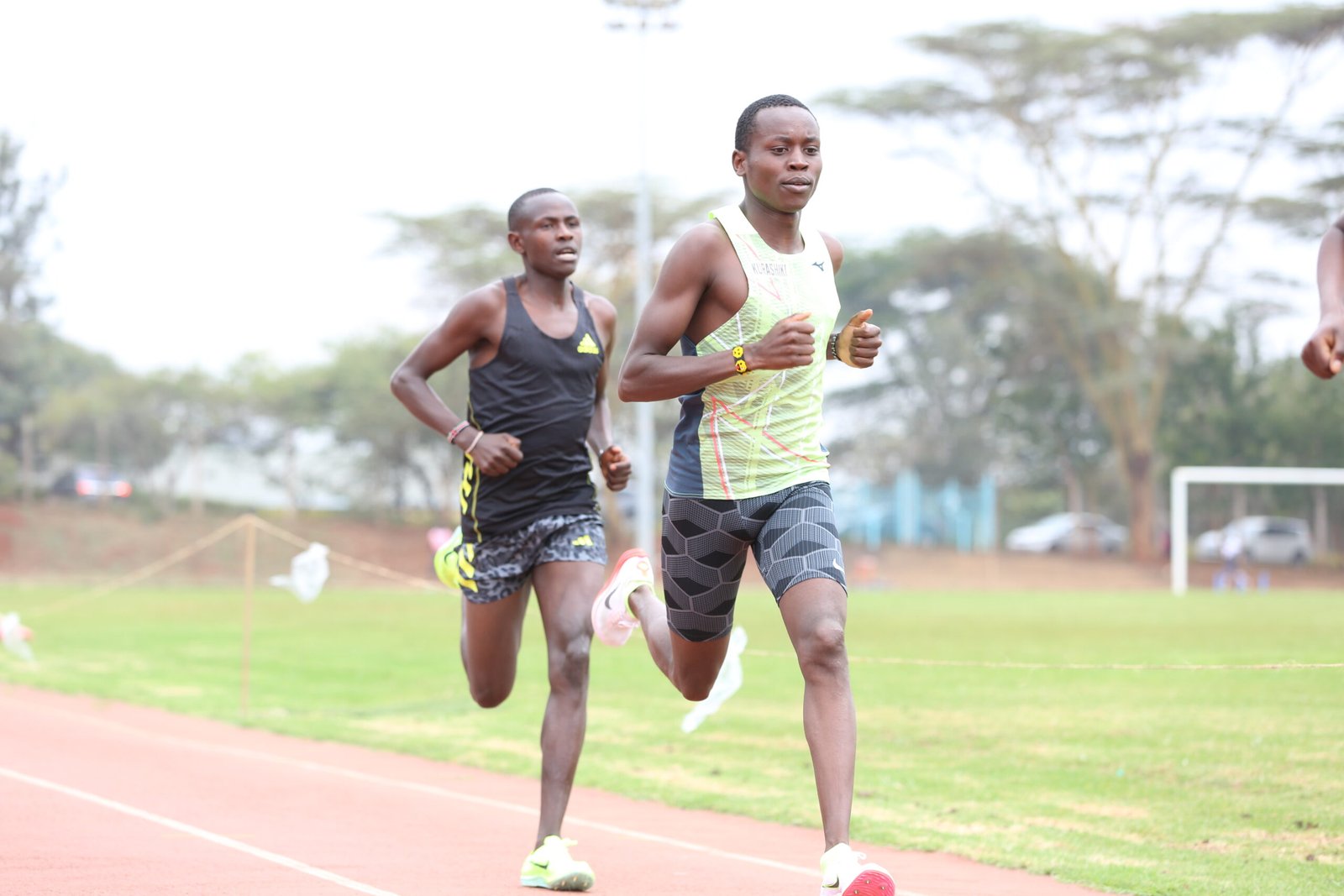 Samuel Kibathi leads Nelson Mandela during a training session at Kasarani ahead of the World Under 20 championships in Cali,Colombia

On his part, Athletics Kenya Youth Director Barnabas Korir, who was present during the handover ceremony, thanked Absa for their long term commitment, alongside other stakeholders such as the Ministry of Sports and Athletics Kenya, and expressed optimism over the team’s morale and preparations.

“We are happy with the level of training our athletes have undergone given the programmes we have put in place. Most of them are injury free and have worked very well alongside their coaches who have done a fantastic job. I believe they are ready to compete,” said Korir.

At the same time, Korir says that the athletes who went on a training camp in Miramas, France, earlier in the year have shown remarkable improvement and will bring medals for the country.

He is not worried of Kenya defending its title despite the return of the Americans who missed last year’s event in Nairobi.