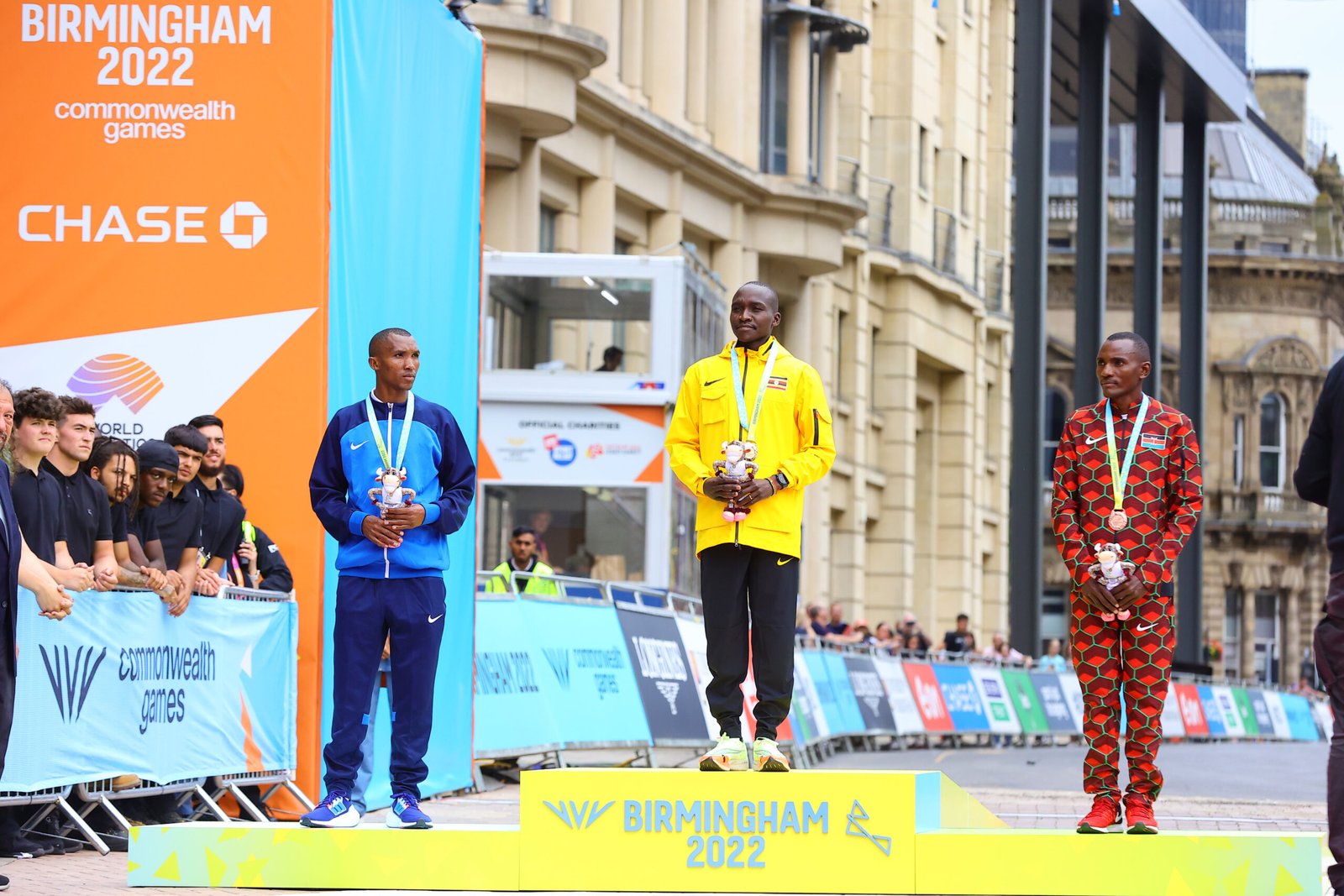 Kenya won its first two medals at the Commonwealth Games on Saturday in the men’s marathon, but most of the talk was on who was not present other than who was there.

Michael Githae clinched bronze after coming third in the men’s race while Margaret Wangari finished second for silver in the women’s race.

Eric Kiptanui would have been the third Kenyan in the men’s race, but he was missing at the start after Athletics Kenya entered the wrong details and the roster was not updated in time.

Kiptanui was in Birmingham with the team, but had to watch the race from the side-lines as organizers would not admit him in without correct verification.

This left Githae and Jonathan Korir as the only Kenyans in the race, the latter finishing fifth.

In the women’s race, Wangari was Kenya’s lone ranger after Stella Barsosio and Maureen Chepkemoi, who had both travelled to Birmingham were not included in the starting list.

No official communication given 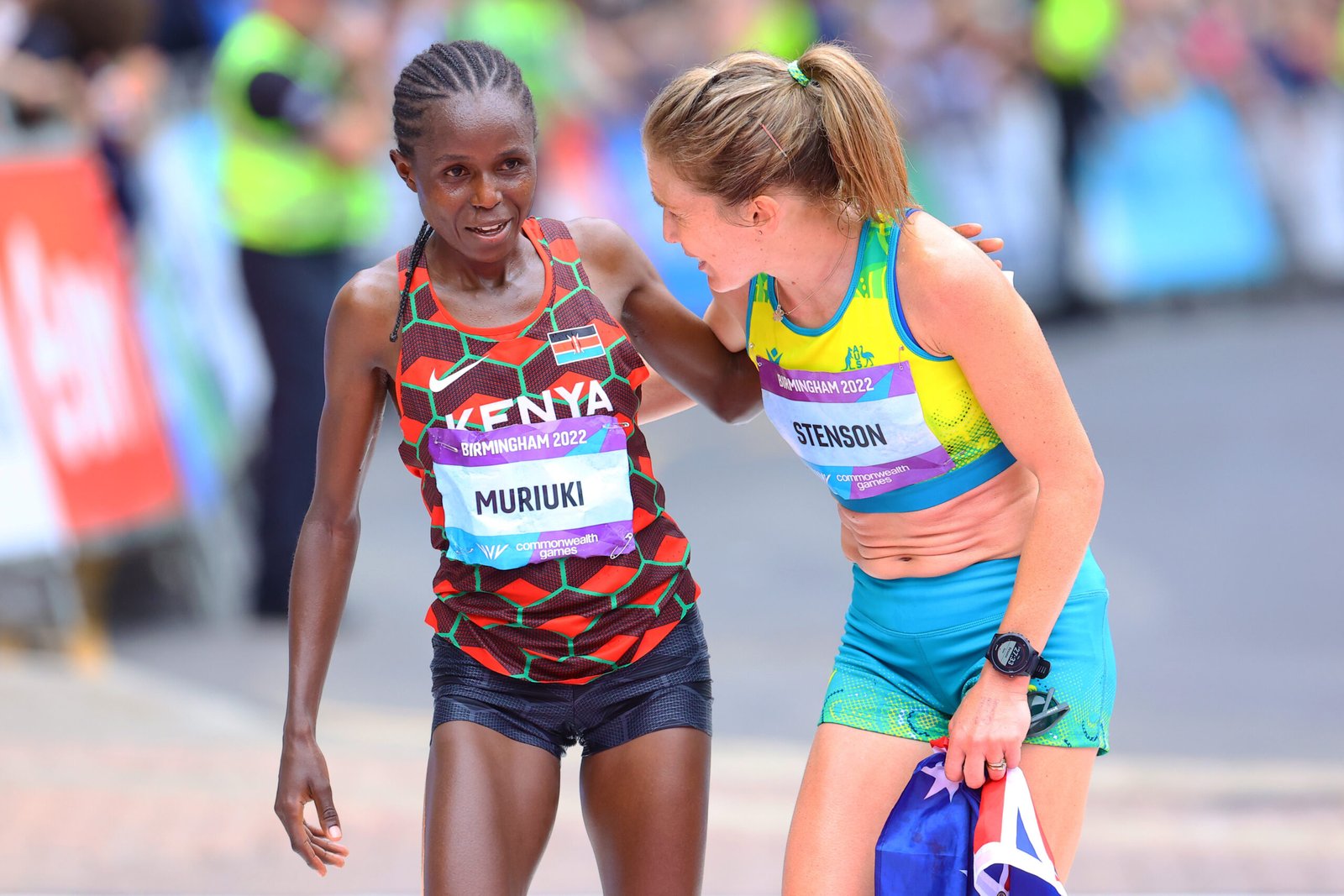 Wangari and Stenson after finishing the race

While no official communication came from the Kenyan contingent in Birmingham, fingers have been pointed at a possible anti-doping sanction, just like it happened with Lawrence Cherono at the World Championships.

But even with no team tactics at play, Wangari held on her own to clinch silver in her first contest for Team Kenya since the 2014 Commonwealth Games in Glasgow, Scotland, where she finished fifth in the 5,000m.

She finished second behind Australia’s Jessica Stenson who timed 2:27:31. Wangari managed to hold on for second, clocking a new personal best time of 2:28:00. Defending champion Helalias Johanes of Namibia finished third for bronze 39 seconds behind in 2:28:39.

The three had peeled off from the rest of the park at the 28km mark and didn’t look back until they started separating after 35km. Stenson and Wangari wheeled away, but with three kilometres left, the Australian made her kick and opened a huge 100m gap to command the race to the finish. 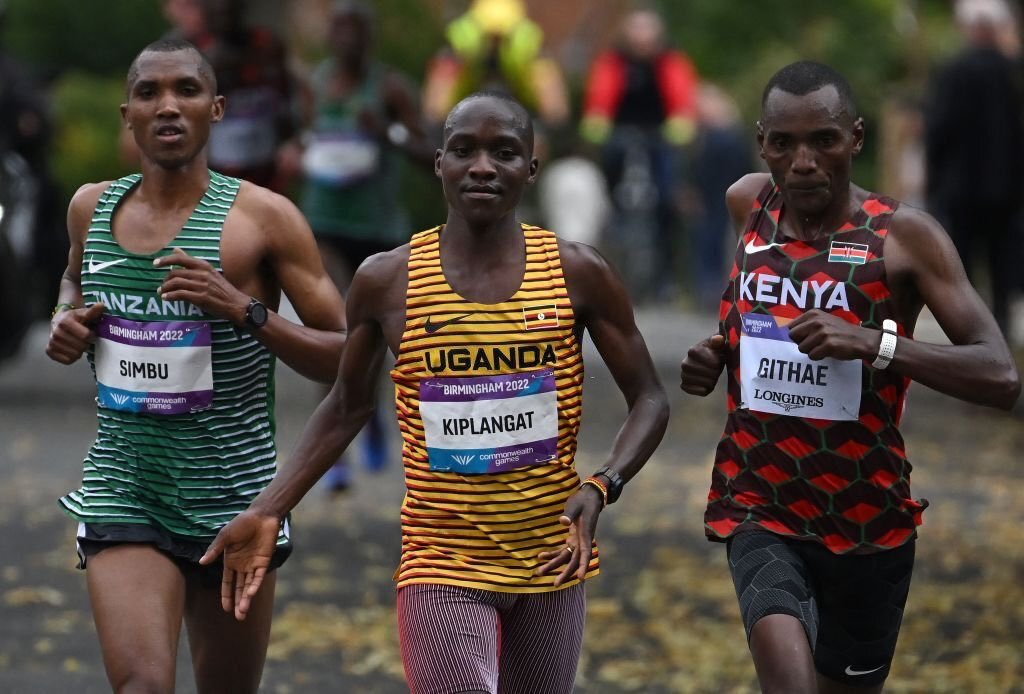 The men in the marathon who finished in the top three. PHOTO/Courtesy

Meanwhile in the men’s race, Vincent Kiplangat became the first ever Ugandan marathon gold medalist in the Commonwealth Games with victory in a time of 2:10:55. Tanzania’s Alphonse Simbu was second for an East African podium sweep in Birmingham.

Githae clocked 2:13:16 behind Simbu who timed 2:12:29 while the other Kenyan in the race Jonathan Korir finished fifth behind Australian Liam Adams who was the early pace setter was fourth, his late attempt at the podium falling flat.

The Australian had led the race for most of its course until the 30km mark when the rest of the field caught up with him and ultimately left him back.

Kiplangat took over the race with Simbu at the 30km mark and they drove up together until the final 5km when the Ugandan, signed by Eliud Kipchoge’s management team NN Running wheeled away to victory in the British city.