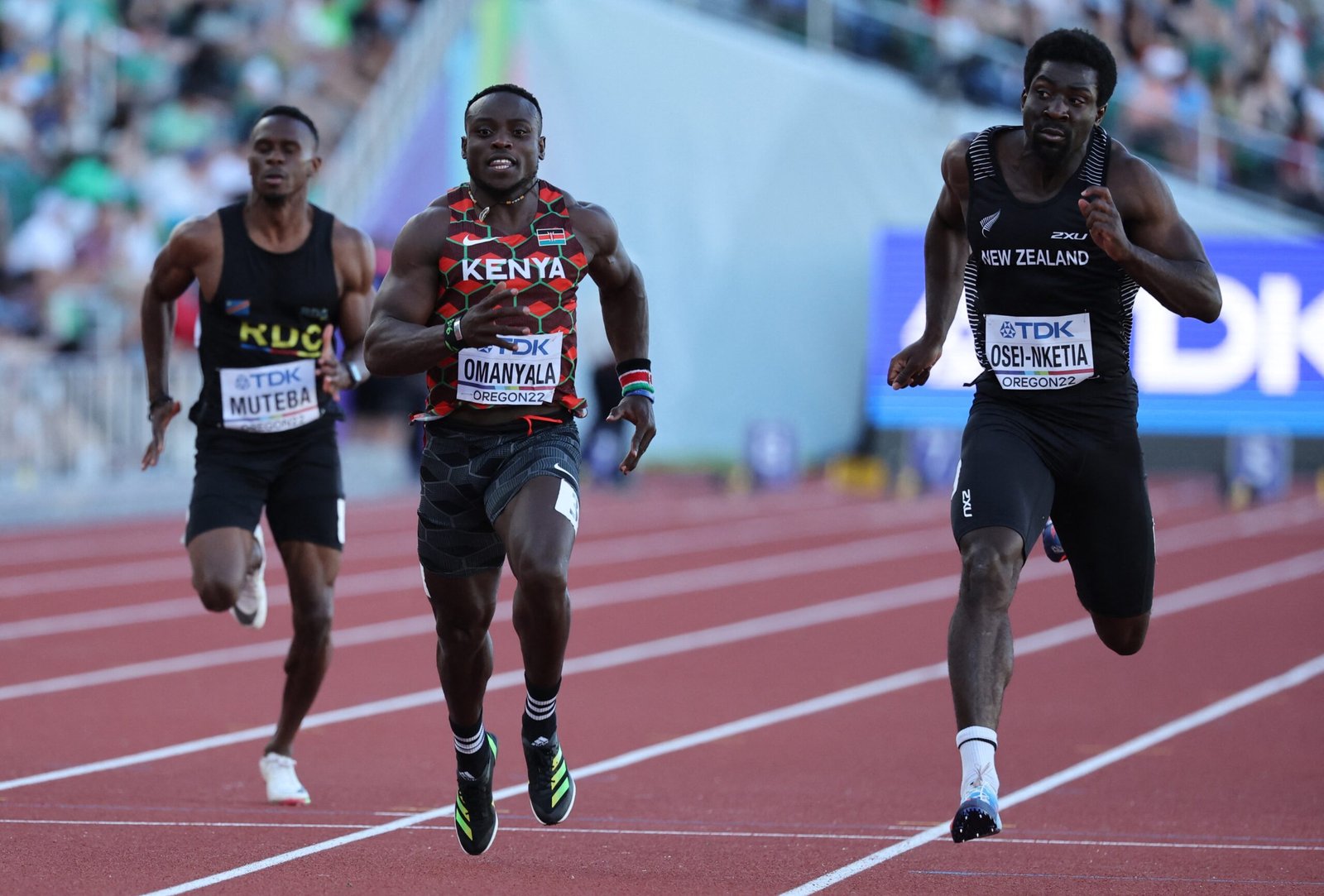 Ferdinand Omanyala says he has now switched his attention to battling for a gold medal at the Commonwealth Games in Birmingham, United Kingdom, after the disappointment at the World Championships.

The 26-year old African record holder battled immense jet lag especially on the second day, having arrived in Eugene only three hours to his Heat on Saturday morning due to visa issues.

In the semis, the fatigue came out to show as he finished fifth, timing 10.14secs, and his face tellingly tired from lack of enough rest.

His plight was highlighted worldwide, with Sprint legend Michael Johnson, working as a pundit at the Championships saying he expected him to struggle.

“Omanyala made it through. Great effort. But it’s usually Day 2 when the real travel fatigue sets in. Hopefully he can overcome it. Will be difficult,” Johnson Tweeted before the second day of the championship started.

His semi-final heat was won by Jamaican Oblique Seville who dropped another sub-10 timing, clocking 9.90secs ahead of Mervin Brecy who clocked 9.93secs.

“Every challenge you face today makes you stronger tomorrow. The challenge of life is intended to make you better, not bitter. Persistence and resilience only come from having been given the chance to work through difficult problems,” Omanyala posted on his Twitter.

He added; “No matter how much falls on us, we keep moving.

Olympic champion Marcel Jacobs did not compete despite having qualified, after pulling out with injury just before the event. Jacobs has had a tough time since winning his Gold in Tokyo last year and didn’t look as seamless as his usual self during Saturday’s Heats. 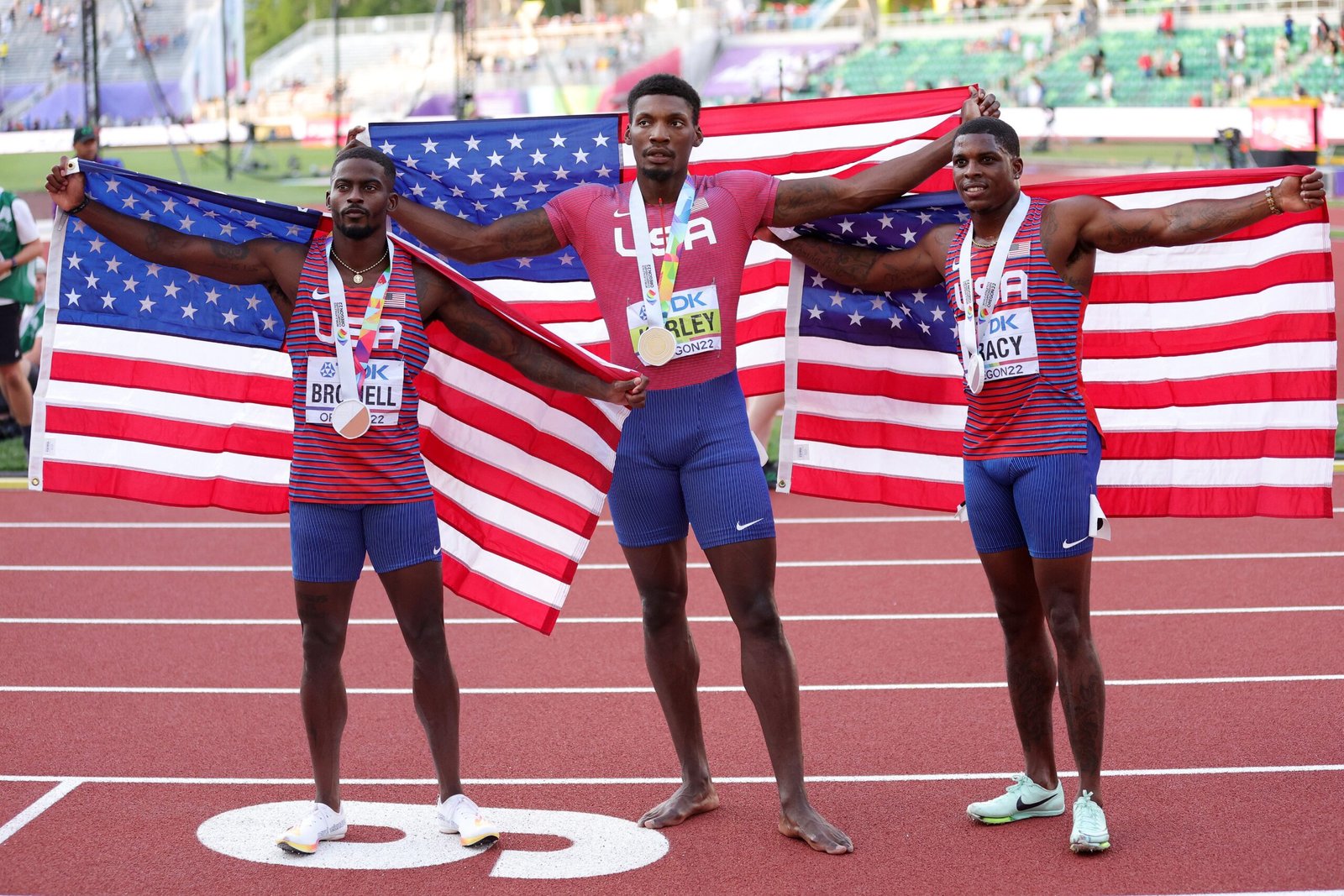 Meanwhile, Fred Kerley led an American sweep of the medals in the final, clocking 9.86secs, to win ahead of compatriots Marvin Brayce and Trayvon Brommel.

Kerley, in lane four, was down on Bracy for 95m of the tight race, but managed to outdip his teammate for victory in 9.86 seconds at Eugene’s Hayward Field.

Bracy took silver in 9.88sec, Bromell claiming bronze in the same time for a third-ever 100m world championship cleansweep for the United States after 1983 and 1991.

The fourth of the strong US quartet, Christian Coleman, the reigning world champion from Doha in 2019, finished sixth (10.01) despite an electric start.

Kerley who lost to Omanyala at the Kip Keino Classic in May had shown intent from the Heats where he dropped a massive 9.79secs, the fastest ever non final race in World Championship history.

An emotional Kerley dedicated the victory to his aunt Virginia, who raised him and his four brothers from when he was two years old.

“I think about her every day because if it wasn’t for her I probably would not be talking to you now. She’s probably blowing my phone up now as we speak!”

“She sacrificed her life for me and my brothers and sisters and cousins. We all got adopted, there were 13 of us and 26 of us in the household,” explained the newly crowned World Champion.

Obiri, Chelimo deliver Kenya’s first medals in Eugene
Shock as Kenyan athlete is dropped from Worlds due to doping