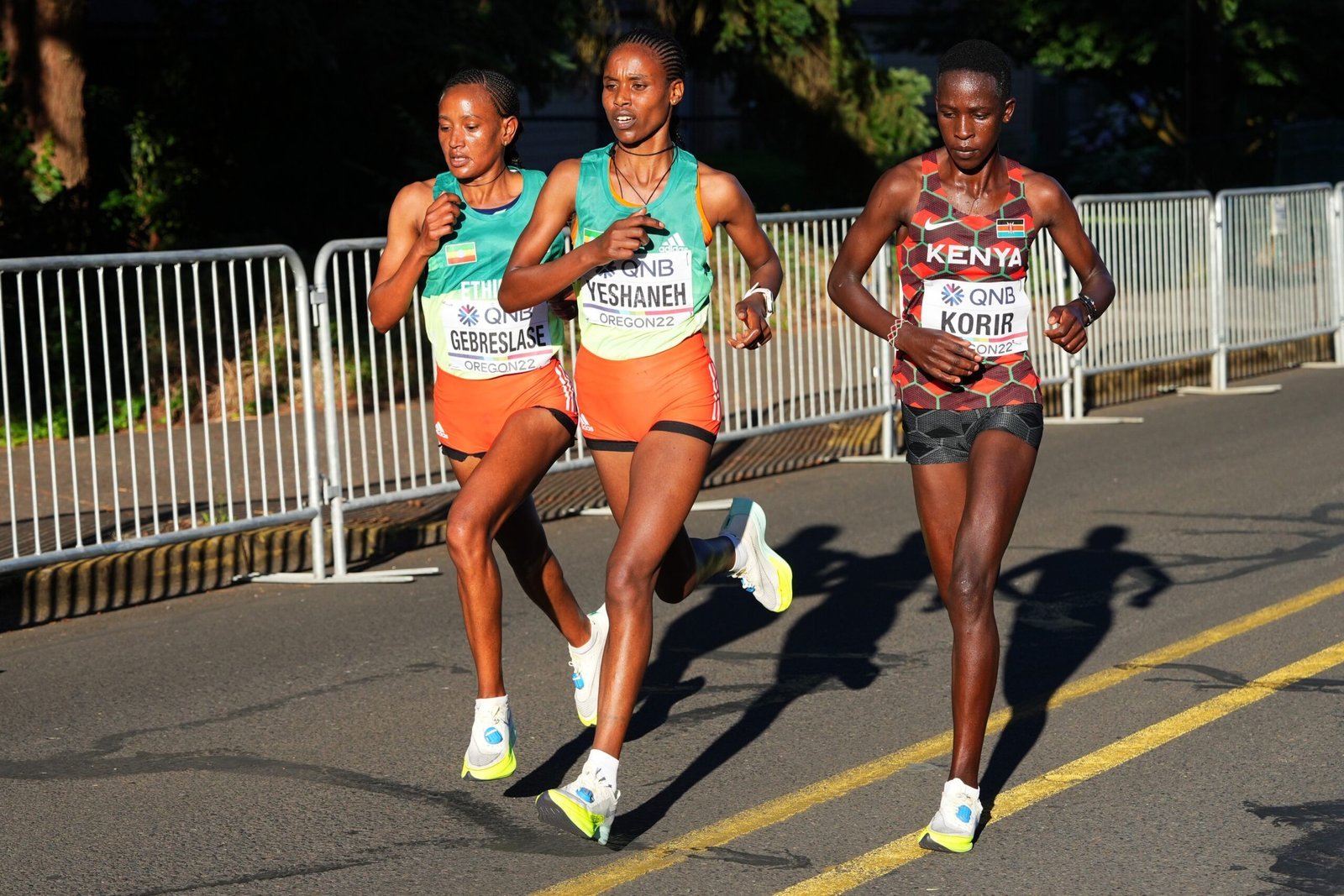 Judith Korir won a silver medal for Kenya, on a disappointing evening where defending champion Ruth Chepngetich had to drop out after only 16km.

Chepngetich had looked strong and raring to go as she danced around the leading pack with her calculated steps, but she went out and was later seen clutching her stomach, with apparent pain.

Korir fought on to earn silver in the race won by Ethiopia’s Gotytom Gebreselase in a new Championship record time.

Korir, the 2022 Paris Marathon champion clocked a new Personal best time of 2:18:20 while Gebreselase set a new Championship Mark of 2:18:11, the sixth fastest time this year.

“It was very tough but I had to work hard and ensure I win my medal for Ruth. We had planned to work together and try win more medals but it was unfortunate she couldn’t finish,” said Korir, also the Paris Marathon champion, after her silver.

Different from the men’s race earlier on Sunday, the women’s race disintegrated quickly with a leading pack of eight athletes bolting away from the rest after just four kilometres.

The Kenyan trio of Chepngetich, Angela Tanui and Korir were well perched in the league and were joined by Ethiopia’s Gebreselasie, Yashete Bekere and Ababel Yeshaneh as well as Salpeter, and Eritrea’s Nazret Weldu.

The race seemed to have been going as planned for the Kenyans until Chepngetich fell on the wayside.

The Ethiopian trio now started to pick up pace and dragging the Kenyans alsong, but soon, Tanui was dropped leaving the leading pack with four.

Next to be dropped was Bekere and now the race was now down to three; Korir, Yeshaneh and Gebreselase.

As they approached the 28km mark, Tanui managed to catch up again as the leaders had dropped pace, but she couldn’t hang on for long. She started drifting away and soon, the chasing pack that had the three Ethiopians.

Battle for gold and silver shape up

The battle for gold and silver shaped up when Yeshaneh dropped out of the race at the 35km mark, clutching on the roadside rails in apparent pain.

Korir and Gabreselasie then now shaped up for battle. Behind them, Salpeter was comfortably in bronze medal position.

With 2km to go, the Ethiopian set off with a good kick and Korir failed to respond. She went on to win and the Kenyan did enough to clinch silver.