The winner of this year’s African Footballer of the Year will be named on July 21. The event will happen in Morocco’s capital city, Rabat.

There are high chances that the winner of this year’s African Footballer of the Year will be Sadio Mane or Mohamed Salah. The two had a good 2021-22 season, with Liverpool winning the FA Cup and the Carabao Cup. 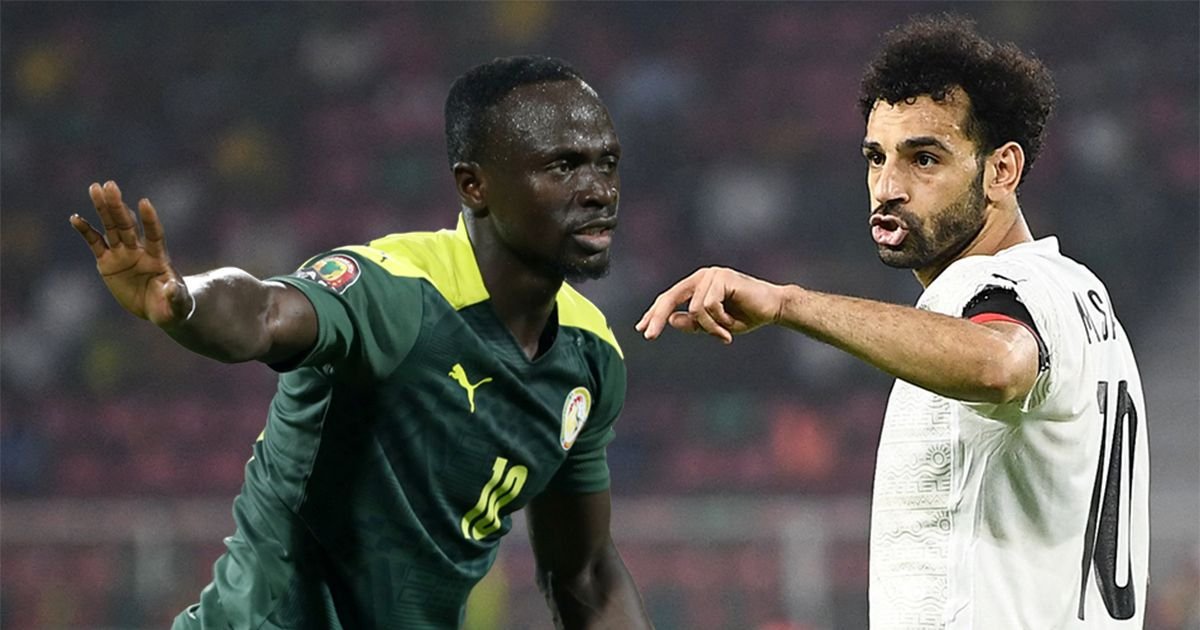 Sadio Mane and Mo Salah are among the three finalists of this year’s African Footballer of the Year. Photo/ The Mirror.

Edouard Mendy, also a finalist for this year’s African Footballer of the Year award, was crucial for Senegal throughout their AFCON campaign.

However, Mendy does not have higher chances of winning the award than Sadio Mane and Mohamed Salah. This is because the Senegalese did not achieve much success at club level, unlike his two rivals.

Edouard Mendy’s Chelsea did not win a major trophy last season. However, the Blues finished as runners-up in the Carabao and FA Cup finals.

Some of the top players who have not been shortlisted as finalists by CAF are Riyad Mahrez, Naby Keita, Achraf Hakimi and Sebastian Haller.

Naby Keita achieved as much success as Sadio Mane and Mohamed Salah at club level. However, Keita didn’t reach the finals of the AFCON early this year. His national team, Guinea, was eliminated from the tournament in the Round of 16.

Riyad Mahrez is undoubtedly one of the best wingers in the English Premier League. The 2021-22 English Premier League winner with Manchester City did not achieve success with Algeria at the AFCON early this year. Algeria were eliminated at the group stages after finishing at the bottom of Group E.

Sebastian Haller is another star who deserved to be a finalist for the African Footballer of the Year. He achieved success while playing for Ajax last season. However, he didn’t impress at the AFCON tournament as Ivory Coast were eliminated by Egypt.

Salah, Mendy and Mane are the three finalists for this year’s African Footballer of the Year. Photo/ Football.London.