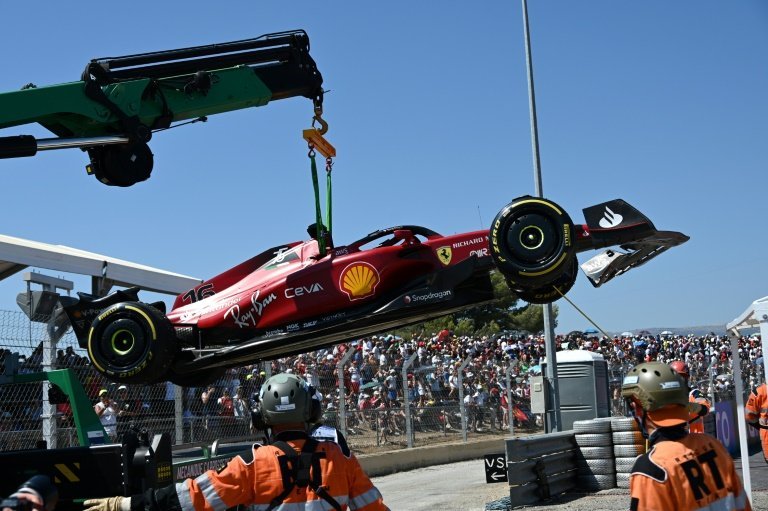 The 2022 French GP was a narrative of fluctuating fortunes for the title contenders, with Max Verstappen claiming his sixth win of the season while Charles Leclerc, who was leading the race, lost early after crashing into the wall. We discuss who else did well or poorly from Paul Ricard 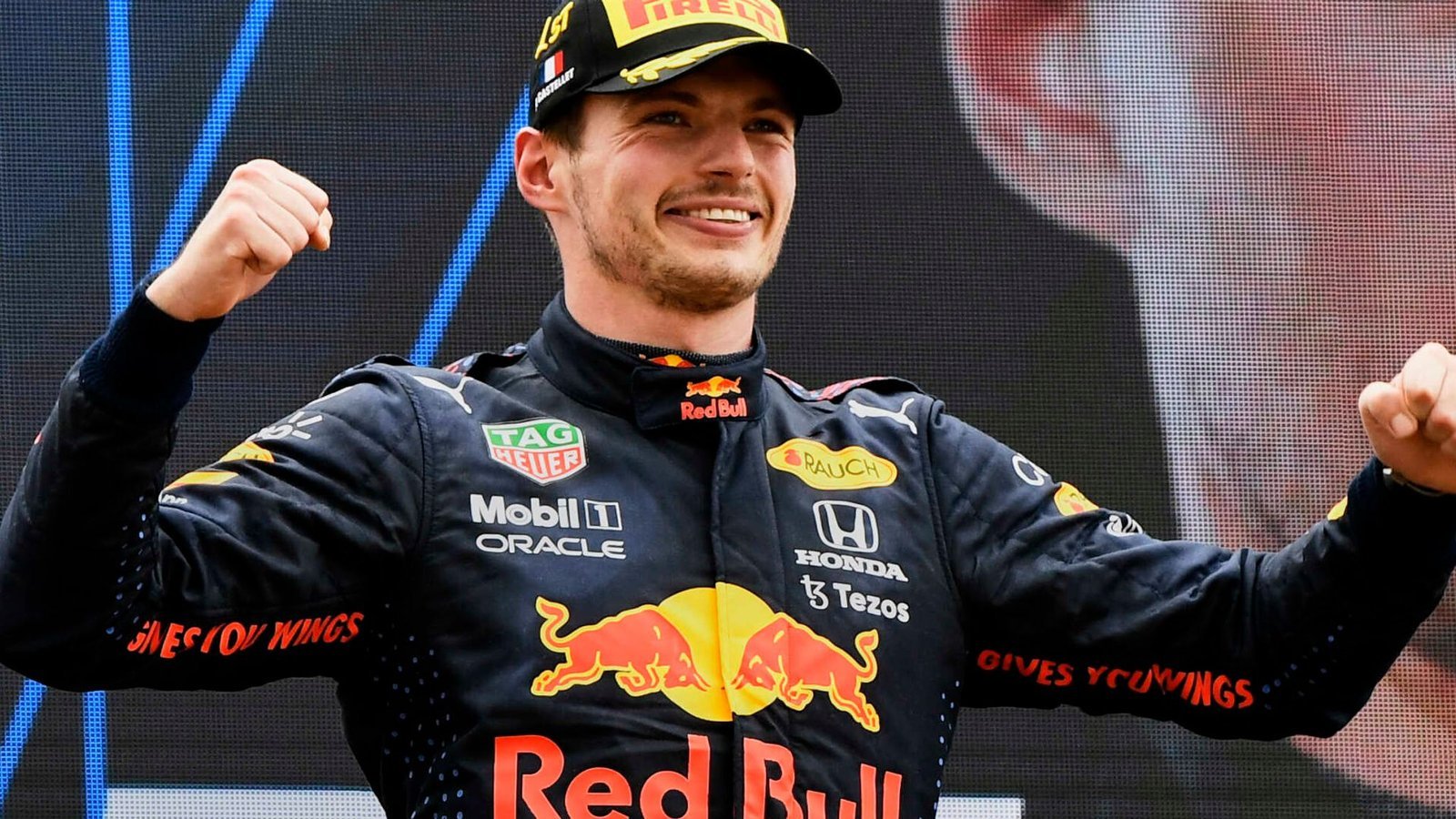 At the start, Max Verstappen was not sure if he could beat Leclerc to win the French Grand Prix, who was leading the race.

Verstappen managed to balance his speed to cross the line 10 seconds ahead of 2021 title contender Lewis Hamilton.

The Dutchman captured his sixth win of the season as well as his second in a row after winning the Austrian Grand Prix.

He currently sits on the top of the drivers’ table standings with 63 points, which means he could miss two Grands Prix and still be first. That’s a very comfortable cushion.

Carlos Sainz seemed in the most excellent shape he’d been in all year, so it was a little irritating for the Ferrari driver that a back-of-the-grid start was needed for shifting power unit components.

He made the most of it, however, moving from Position 19 to 3 before coming to a stop for the second time and suffering a five-second dangerous release penalty from the very first.

That put him in fifth place at the finish line, which he claimed he’d welcome even if he felt a podium finish was feasible with a faultless race. 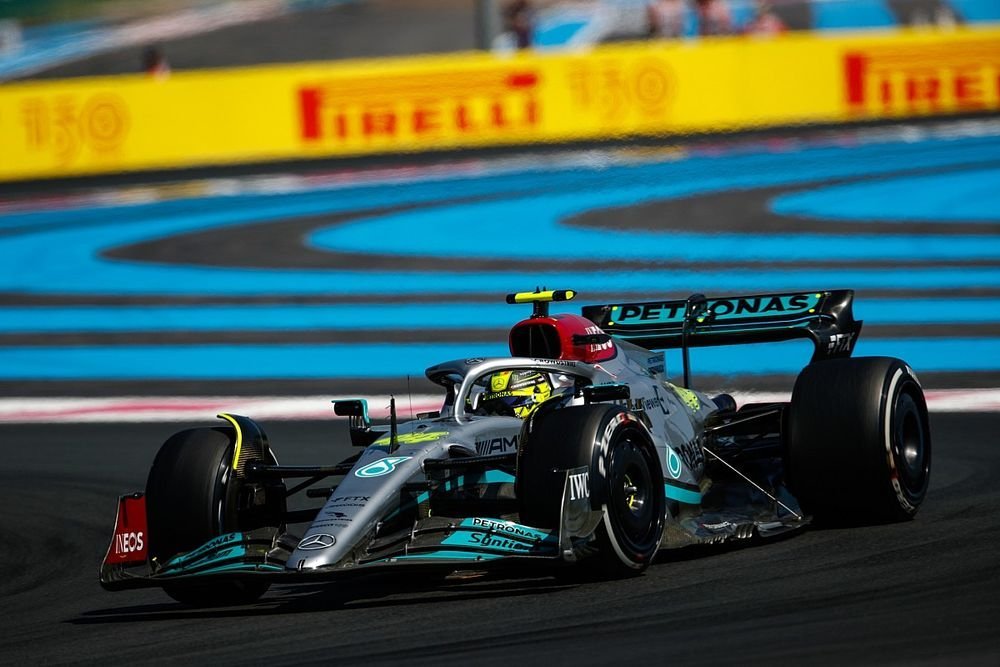 Despite their oft-mentioned struggles in 2022, Mercedes has consistently claimed podiums. However, the French Grand Prix marked the first time this year that Lewis Hamilton and teammate George Russell shared the podium.

Hamilton successfully passed his 300th start to pass Perez and move into second place after Leclerc crashed out.

At the same time, Russell’s heated battle with Redbull’s driver Sergio Perez was sorted with a safety car. It’s little surprise that Mercedes Boss Toto Wolff described it as “the utmost they could have attained.

Somewhere halfway through to the 2022 French Grand Prix, Alpine driver Fernando Alonso drove the most laps any Formula One driver has.

Elsewhere, the French driver Estaban Ocon finished eighth in his home race, emerging from the collision with Tsunoda and the five-second penalty that came with it to win four points for Alpine and move the team four points ahead of McLaren in the constructors’ standings. 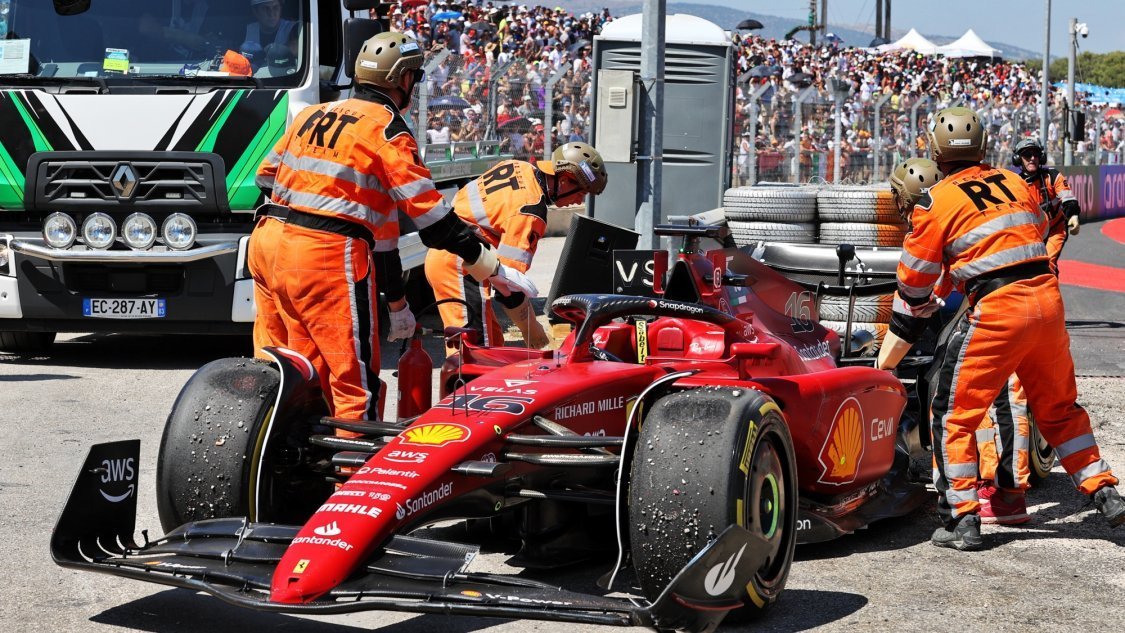 Charles Leclerc crashed into the barriers forcing him to retire. Photo: PlanetF1

When Charles Leclerccrashed in the wall during the French GP, the Ferrari driver lost the rear mirror of his Ferrari F1-75 while driving.

Leclerc was heard screaming, but he was not injured, but his mood suffered a beating. The Monacan driver was extremely angry for retiring from the race.

When he confronted the media after the race. Leclerc was characteristically self-critical, claiming that that is the way he drove. He certainly doesn’t deserve to be the 2022 world champion.

Leclerc drops 63 points in the driver standings and is currently only seven points ahead of Sergio Perez.

During the French Grand Prix weekend, both Haas drivers Kevin Magnussen and Mick Schumacher displayed glimpses of very outstanding speed. However, they  brought home zero  points for the team,

Magnussen raced from P20 to P13 by the conclusion of the first lap but then struggled for pace until colliding with Nicholas Latifi, who knocked him out.

On the other hand,  Schumacher went out in Q1 on Saturday due to a lap time removal and was also battling to make progress when he was whirled around by Zhou, dropping him to 15th at the finish line.

With both Williams cars now equipped with the team’s expensive upgrade package, the team is daring to expect more points during the weekend’s Hungarian GP after Alex Albon finished P8 in practise one and two.

Albon, however, could not proceed from his P13 grid position, ending at the flag. For the record, Latifi had a much more dismal race after a collision with Magnussen knocked him out.

But, right before the crash, the Canadian had been pleased with his increased speed, proclaiming that his campaign had now begun in reality. So it’s not all terrible. 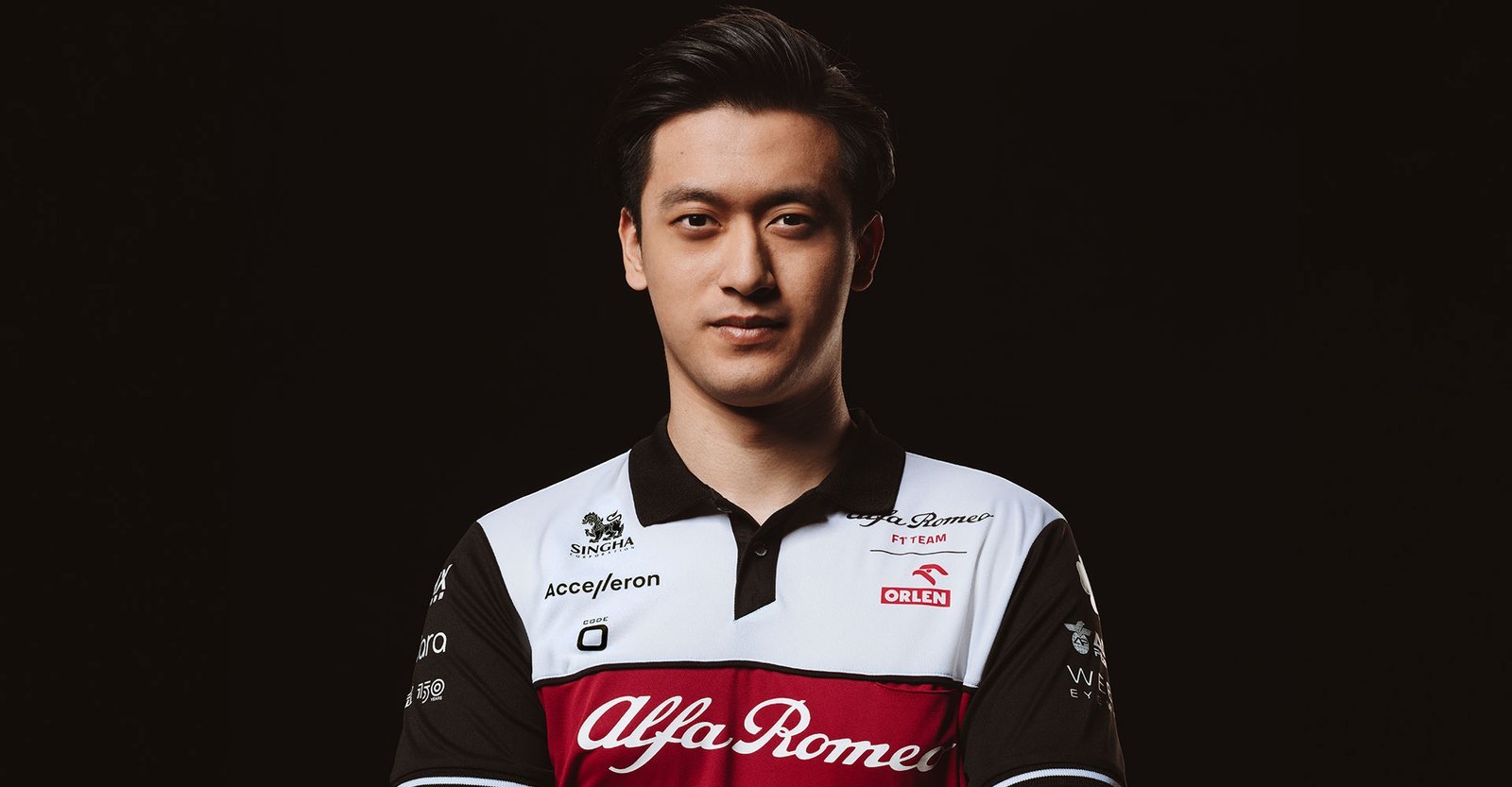 Alfa Romeo was never indeed in the mix. However, whilst Valtteri Bottas’ Sunday was calm, Zhou Guanyu’s was the opposite.

A bad start – yet another Alfa problem – was exacerbated by a collision with Mick Schumacher’s Haas, earning Zhou a five-second penalty.

That was rendered irrelevant when another technical problem for the team forced him to withdraw six laps from the finish.