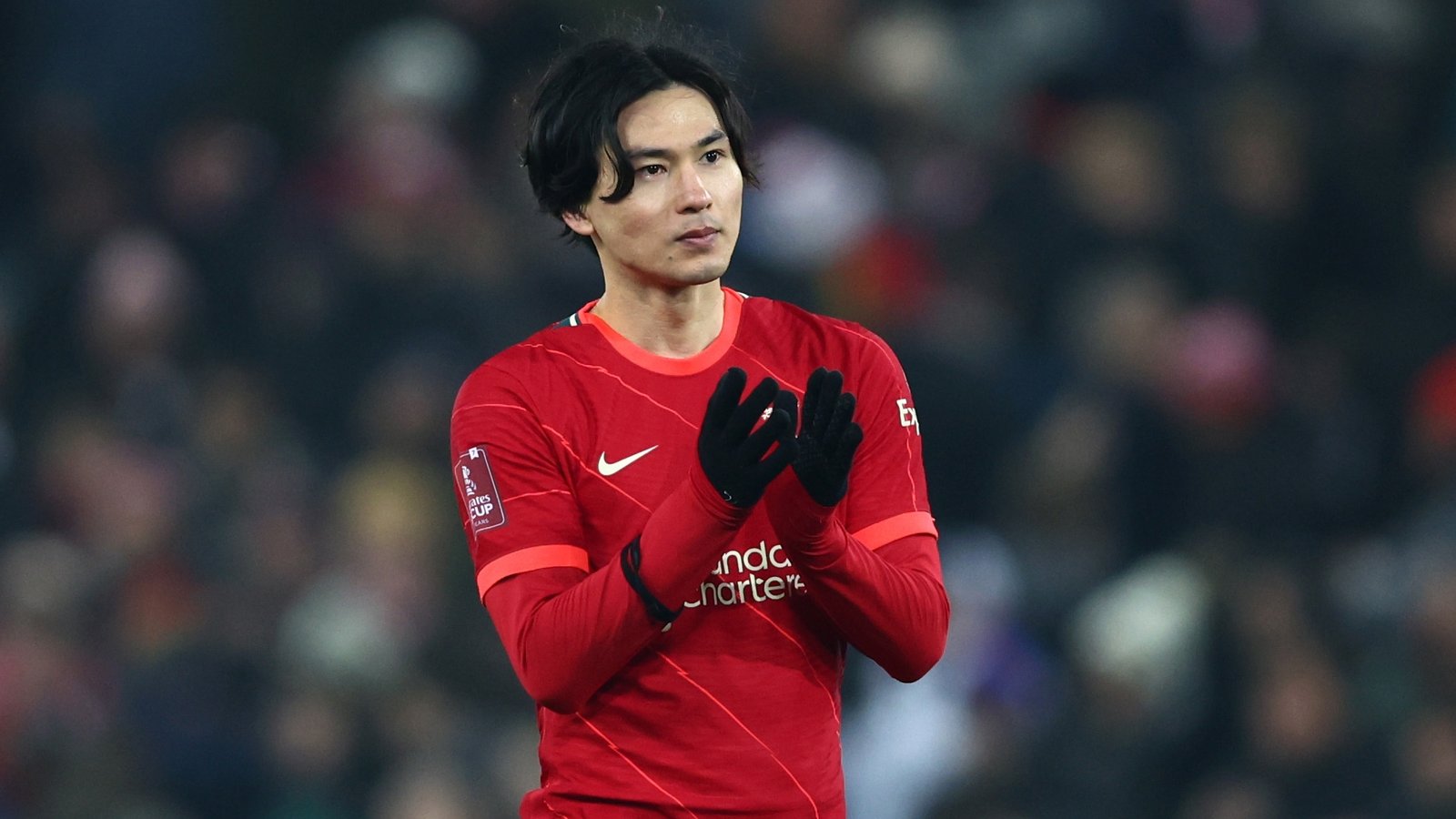 Takumi Minamino has officially joined AS Monaco on a permanent deal this summer. The French club will pay a transfer fee of 18 million euros to Liverpool for the deal, which is already complete. Liverpool will receive 15 million euros fixed then 3 million for add-on.

AS Monaco have made the news about Takumi Minamino’s arrival official on their website. Minamino flew from Japan to France this week so as to complete his medical with AS Monaco. The Japanese forward has agreed to personal terms with AS Monaco. He has signed a four-year deal with the Ligue One club.

Takumi Minamino is glad to have joined AS Monaco. He said he is happy to be part of AS Monaco’s project for next season after the transfer was made official. Minamino praised his new club, saying that it is one of the most recognized clubs in an exciting championship.

“It is a great joy for me to join AS Monaco. I am happy to be part of the club’s project, which has just finished on the podium twice in a row and is one of the most recognized in an exciting championship.”

Minamino is the biggest signing that AS Monaco have made this summer. The Japanese who can play in any forward line will join Monaco strikers Wissam Ben Yedder and Kevin Volland.

Ligue One club Monaco have signed Takumi Minamino, days after losing Aurelien Tchouameni to Real Madrid. Tchouameni joined Real Madrid from AS Monaco for a transfer fee of 100 million euros.

Takumi Minamino is one of the best-attacking players in the football world. However, he struggled to impress with Liverpool due to more talented forward players in the team.

The Japanese international made eleven Premier League appearances last season for Liverpool. In those eleven appearances, he only started in one game. 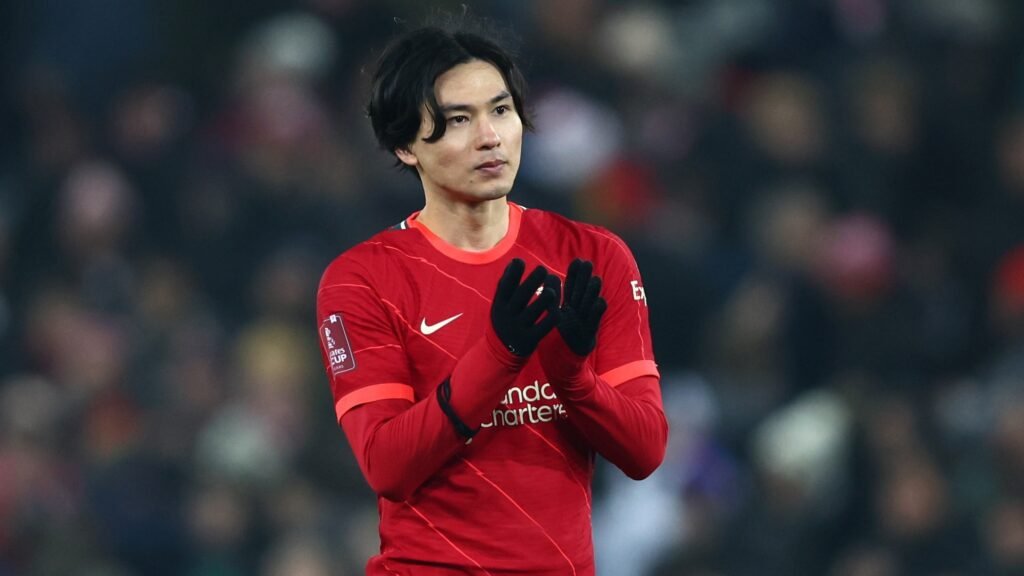 However, Minamino was Liverpool’s key player in domestic cup competitions. He was Liverpool’s top goal scorer at both the FA Cup and the Carabao. Liverpool won the two trophies last season.

The arrival of Luiz Diaz in January reduced Minamino’s chances of getting playing time for the Reds. Liverpool signed Darwin Nunez this summer, meaning Minamino would have struggled to feature for Liverpool next season. His move to AS Monaco will give him playing time next season.

Apart from the FA Cup and the Carabao, Minamino also won the English Premier League title during the 2019-20 season with Liverpool. He also reached the UEFA Champions League finals with Liverpool last season, which they lost to Real Madrid. 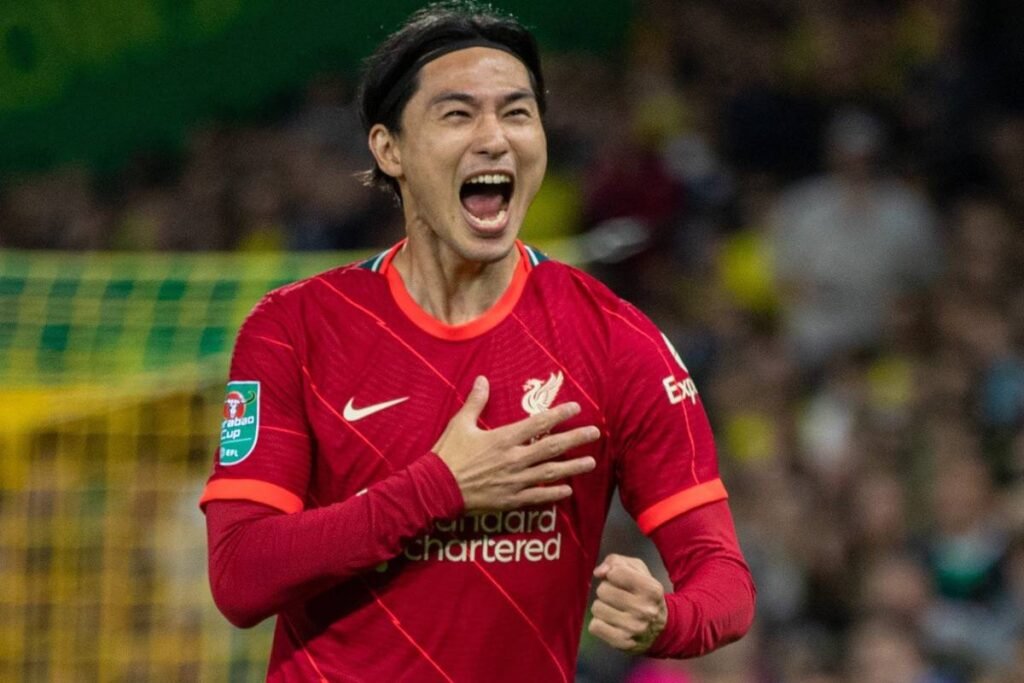 Takumi Minamino celebrates after scoring for Liverpool. Photo/ This is Anfield.