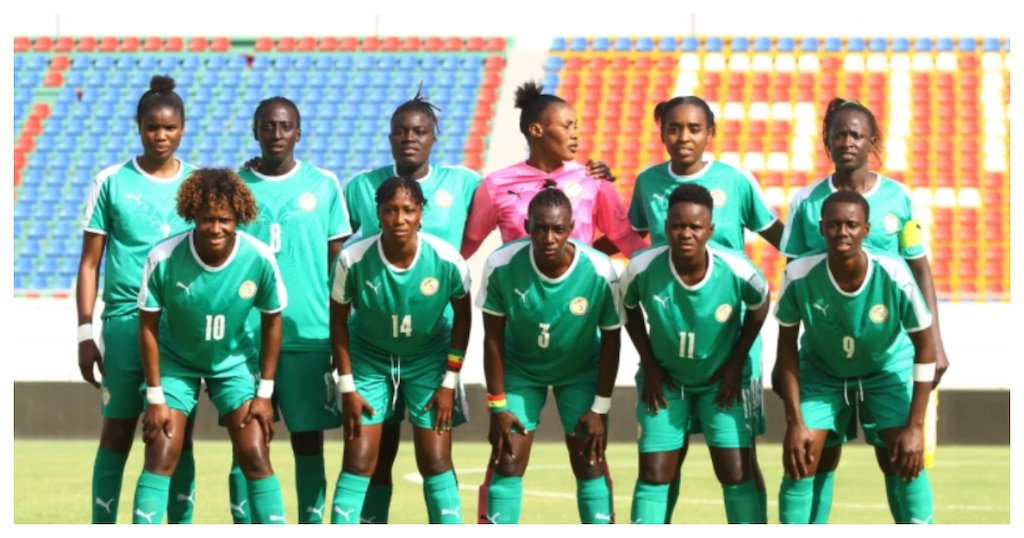 Six months after their male counterparts clinched the Africa Cup of Nations for the first time in their history, the women’s team is looking to follow in their footsteps and win the corresponding women’s title in Morocco.

The Senegalese team qualified for the Women’s Cup of Nations for the first time in 10 years after edging out Mali 3-1 on penalties after a 1-1 aggregate draw in the second qualification round.

They had won the first leg 1-0 at home and Mali responded in kind in the return leg.

In the first round of qualification, Senegal thrashed Liberia 6-1 on aggregate. They won 2-1 away from home before rounding off the victory with a 6-0 score at home in the return fixture.

While the first phase was the birth of club football, the national team set up began to see light of fay in 2000 when the national leagus started.

The first national women’s football team was set up in 2002. Ten years after the first team played, they finally qualified for the Cup of Nations in Equatorial Guinea where they bowed out in the group stages after losing all their matches.

They had to wait for another 10 years before another qualification.

The team is coached by Mame Moussa Cissé. The coach is the Regional Technical Director of Thiès and is one of the most qualified and experienced coaches in Senegalese football.

He has had two stints at the helm of the team and was called back for his most recent stint in 2019.

He led the team to success at the UFOA A women’s football tournament in Sierra Leone in 2020 where his side beat Mali, semi-finalists of the 2018 Women’s Cup of Nations 3-0 in the final.

His latest success is guiding the team back to the Continent for the first time in 10 years.

Among the players who are expected to play a starring role for Senegal include Nguenar Ndiaye.

The 26-year old is one of the lethal forces of the Senegalese attack and scored thrice in qualification. She scored twice in the 6-0 win over Liberia and scored the solitary goal in the 1-0 home victory against Mali in the first leg.

She currently plays her club football for Bourges in France having moved there at the end of last year after a successful spell in Senegal.

Another vital player for the Senegalese set up is Mame Diop. She is one of the most experienced players in the Senegal fold and currently plays her club football with Olympique de Marseille in France where she joined after a stint with RC Lens.

Her presence in the team breathes calm and her eye for goal will be crucial for the Lionesses of Teranga in their campaign at the WAFCON.

Just like Ndiaye, Lionesses playmaker Awa Diakhaté starred for AS Dakar Sacre Coeur in the maiden CAF Women’s Champions League, WAFU-A qualifiers in Cape Verde and her good form earned her a contract abroad to French side Bourges.

During the WAFCON qualifiers, she made her mark, scoring twice, a goal each in the two legs against Liberia.

Since moving to France last November, she has gathered enough experience and the Lionesses will be relying on her new lessons to guide them to success.