Karim Benzema is a professional football player for the Spanish club Real Madrid. The striker also plays for the France national team at the international level.

Karim Benzema is one of the best strikers in the world. The prolific goal scorer is Real Madrid’s joint-second highest all-time goal scorer.

The 34 years old Frenchman was one of the best Real Madrid players who helped the Spanish club win the UEFA Champions League title. Benzema initially played as a false nine at Real Madrid. However, he became the sole striker after the departure of Cristiano Ronaldo in 2018. Karim Benzema is a good playmaker and an excellent finisher. He can perfectly finish with either foot from inside the box.

Karim Benzema has won several trophies with Real Madrid, including the UEFA Champions League, a record four times. If all goes well for the Frenchman, he will likely win the Ballon d’Or this year.

Karim Benzema was born in Lyon, France, on December 19, 1987. The 34 years old striker has Algerian roots. His grandfather lived in Algeria until the 1950s, when he located with his family to France. Karim’s father was born in Tigzirt, Algeria.

Karim Benzema is the fifth born in his family. His younger brothers, Sabri and Gressy, are also footballers in France.

Benzema has wanted to be a footballer since his childhood. He wanted to play football like Brazilian legend Ronaldo Nazario. The Frenchman first played at a local club, Bron Terraillion. He was just 8 when he began playing football.

Karim Benzema got the nickname Coco from his teammates at Bron Terraillion. He was signed by Lyon Youth academy at ten after scoring two goals against them. He developed at Lyon academy, where he trained alongside other top youngsters in France.

Benzema was a ball boy during Lyon’s matches at their home stadium. He quickly ascended the youth categories at Lyon as he impressed on the pitch.

The attacker was eventually promoted to the seniors team in 2004 when he was just 17. Benzema played well with Lyon as he helped the team win Ligue One title in his first season. He was noted by top European teams who started following up on him.

Karim Benzema won the Ligue One title with Lyon four consecutive times before leaving in 2009. He also helped the club win the Coupe de France in 2008 and Trophee des Champions in 2006 and 2007.

Karim Benzema joined Real Madrid in the 2009 summer transfer window. Things didn’t go well with Benzema in his first season with the La Liga giants. However, he developed over the years and became one of their best-ever players.

The striker has won numerous trophies at Real Madrid, including the La Liga. He has also won the UEFA Champions League four times, among other domestic titles.

Karim Benzema has also represented the France national team at various competitions. However, he has not achieved as much success with France as with Lyon and Real Madrid.

Karim Benzema is a practicing Muslim. He keenly observes fasting during the Ramadan period. Benzema believes that his faith helps him every day.

Benzema is a married man. The footballer married Cora Gauthier in December 2016 after dating for more than a year. The couple is blessed with a boy, Ibrahim, born on May 5, 2017. Benzema has a daughter, Melia, from his previous relationship. 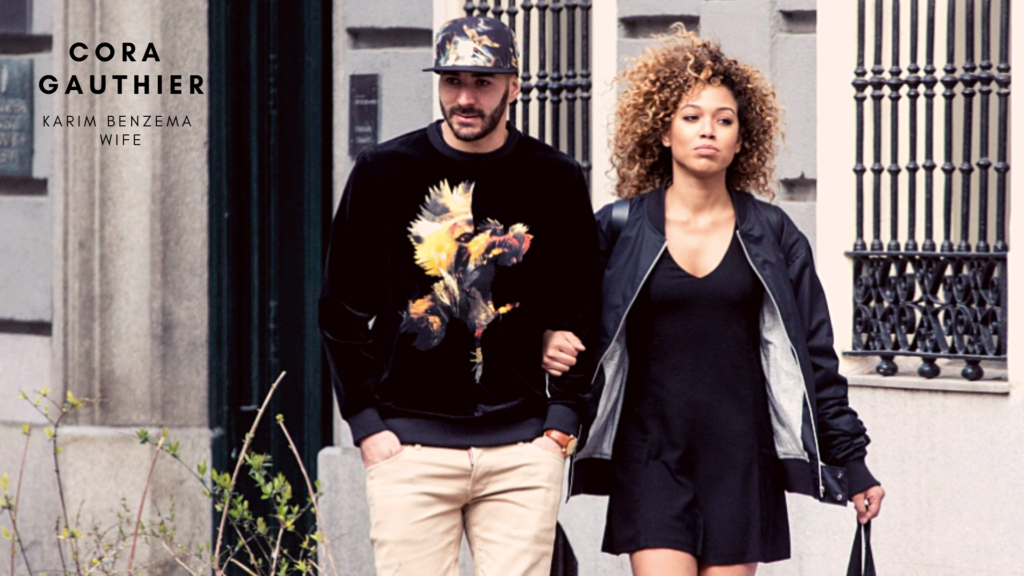 The Real Madrid star participates in numerous advertising campaigns. He is the ambassador of the American video game publisher for the FIFA series. Benzema also has a sponsorship contract with Hyundai.

What is Karim Benzema’s net worth?

Karim Benzema has a net worth of $46 million.

How much is Benzema’s weekly salary?

Does Benzema own a house in India?

Karim Benzema owns a luxury designer house in India. The estimated value of the house is $2.7 million.