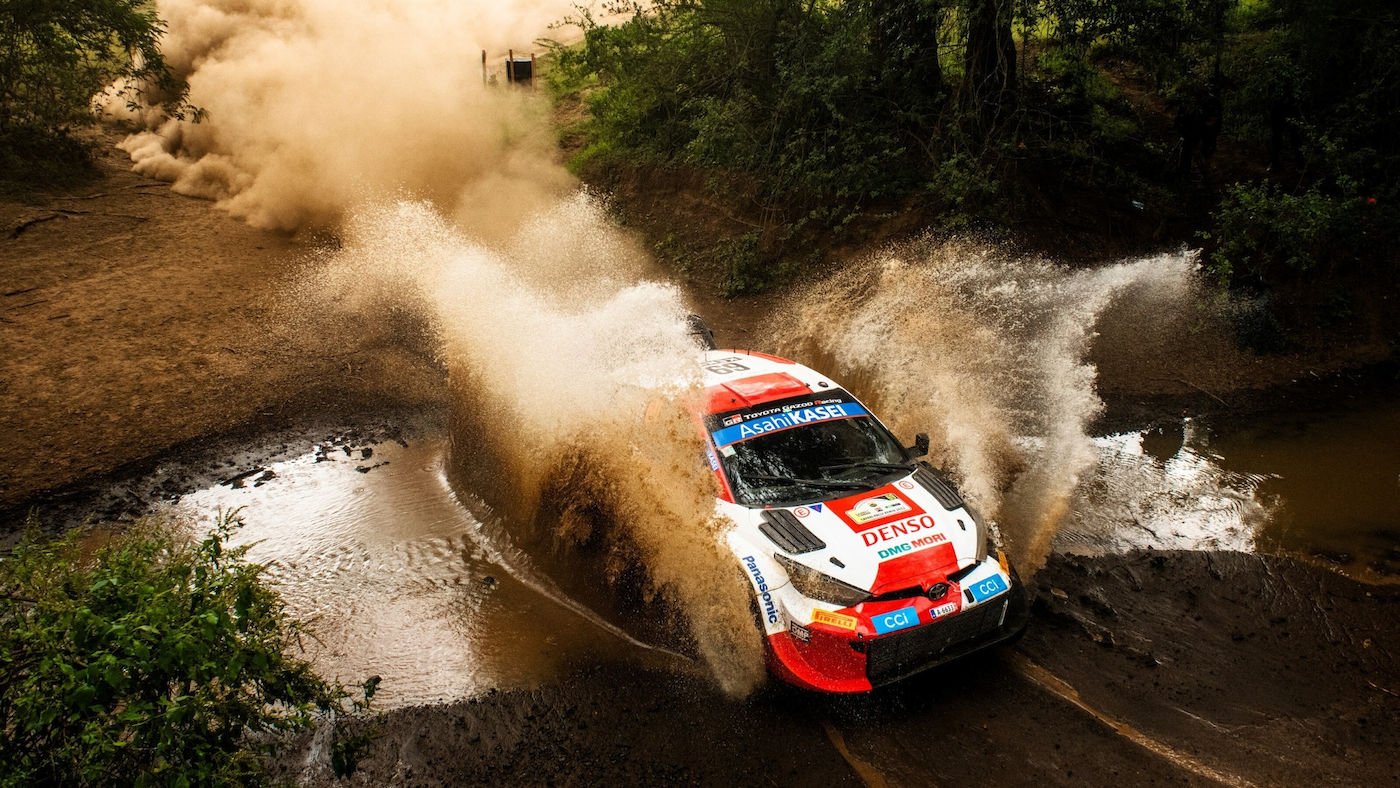 While the second day of competition in Naivasha was characterized by tough Fesh Fesh stages, the third day posed a huge challenge to drivers with showers hitting the Rift Valley town overnight, making the stages wet and slippery.

However, Finland’s Kalle Rovanpera maintained his steady lead after battling through the six stages from start to end.

“It was quite a big job just to stay on the road today. There is no grip in the mud here and sometimes there is so much water that it’s hard to get through. I just realised straight away it was slippery and I tried to be a bit more clever in places where I saw other drivers’ lines going wide or something. Basically, I just tried to keep it clean,” Rovanpera told WRC.com after the day;s events.

He added; “I have not been feeling too good today. It’s not with the stomach, but I feel I am quite tired. Hopefully tomorrow is better.” 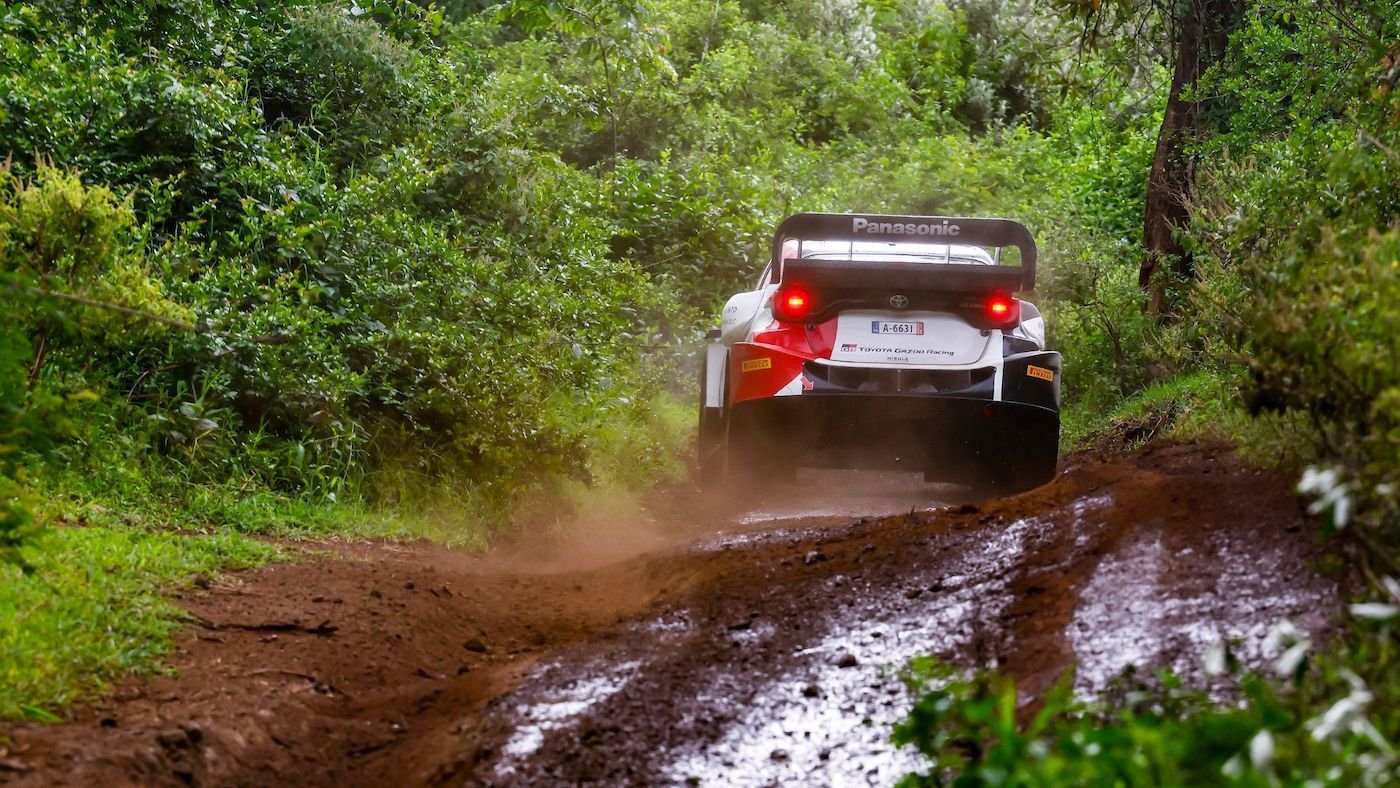 Rovanpera was third-fastest on the opening Soysambu test and set a similar pace with his colleagues to place sixth at Elmeinteita. When several drivers hit trouble in the 31.04km Sleeping Warrior blast, the Finn emerged completely harm-free.

The Finnish driver seized the lead of this sixth round late on Friday when team-mate and early polesitter Sébastien Ogier stopped to change a wheel.

The afternoon loop on Saturday was a completely different story. Downpours in the final pair of stages caused chaos as the dry and dusty roads turned to mud, with grip levels comparable to ice.

Rovanpera fared well in the extreme conditions despite feeling under the weather himself. He outpaced the entire the field by 11.2sec at Elmenteita 2 before adding another 13.2sec to his lead in the Sleeping Warrior finale.

Evans was Rovanpera’s closest challenger and moved into the runners-up spot on the first stage when Katsuta had a misunderstanding with his pace notes. Both drivers suffered rock-induced punctures on the final stage, but time loss was minimal and 20.5sec separated them at the halt.

In fourth overall was Thierry Neuville. The Belgian produced one of the drives of the morning and grabbed two stage wins with his Hyundai i20 N, moving up the order when team-mate Ott Tänak pulled over in SS10 with a suspected broken propshaft.

Neuville’s loop wasn’t without its dramas. He struggled with limited visibility after clipping a tree branch which cracked the car’s windscreen on the opener and also suffered a soft rear tyre at Sleeping Warrior.

“It wasn’t great, but it was possible to drive. It was hard to see some of the corners, especially in the big braking points, but somehow we managed to have a trouble-free run and get a bit closer to our rivals,”  the Frenchman said. 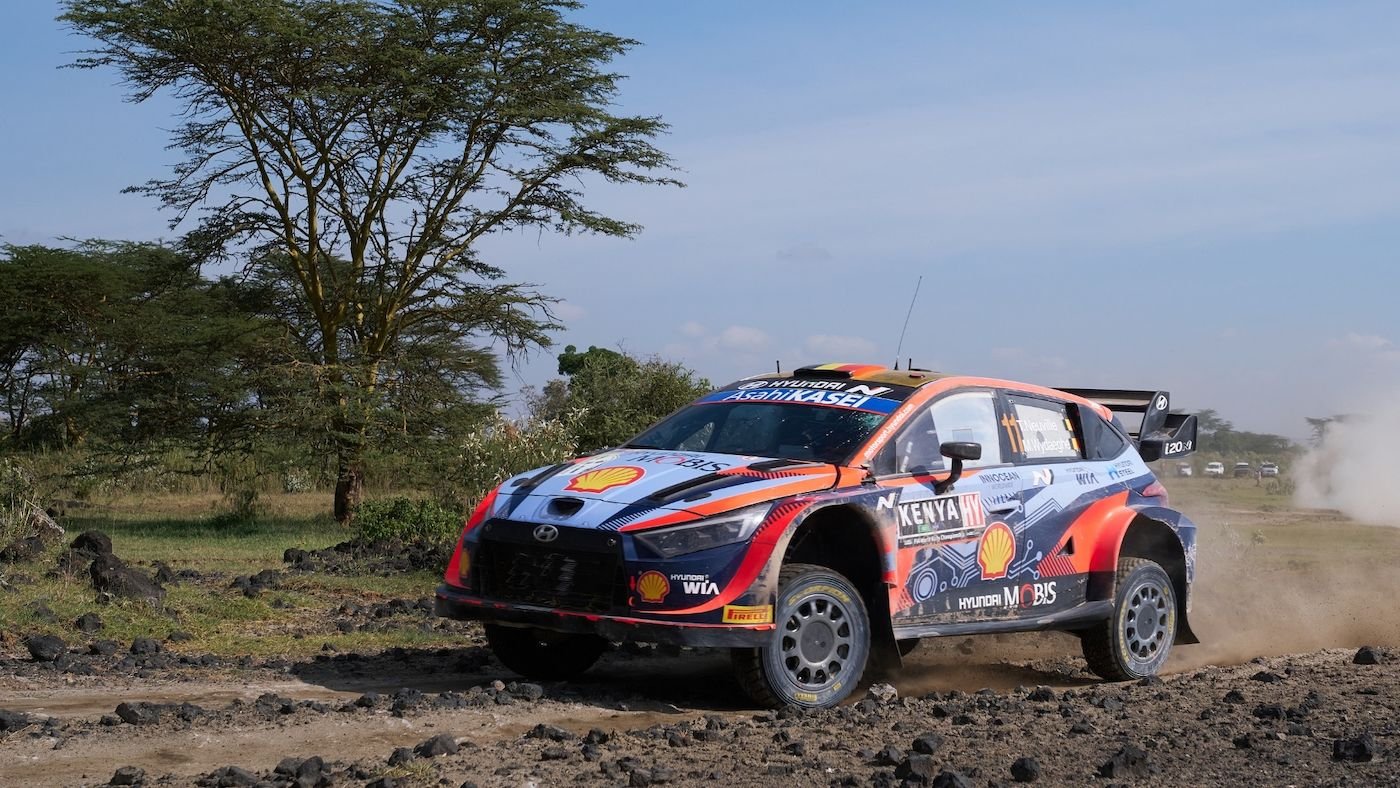 Sebastien Ogier was fifth and trailed Neuville by 1min 33sec in another Yaris car. The eight-time world champion has vowed to take a steady approach after his victory hopes evaporated following a wheel change on Friday afternoon.

Oliver Solberg was over six minutes down on Ogier and incurred 1min 10sec in time penalties after stopping to repair his Hyundai’s bent suspension on the road section after SS8.

Gus Greensmith called it a day with cooling management issues inflicted when he rolled his M-Sport Ford Puma on the first stage. He had to drive the rest of the rally with goggles on as he had crushed his windscreen.

He was furious when his Ford rolled complaining that the safety marshals did nothing to help him and his navigator after their roll.

Sunday’s finale features three stages – each run twice – located on the southern side of Lake Naivasha. Oserian (17.93km) and Hell’s Gate (10.53km) sandwich Narasha (13.30km) – another new test which rises from the arid floor of the Rift Valley across historic Maasai grazing lands.

The second pass through Hell’s Gate, which finishes amid stunning scenery at Fishers Tower, forms the Wolf Power Stage with bonus points on offer for drivers and manufacturers. The survivors will then return to Naivasha for the afternoon finish ceremony.