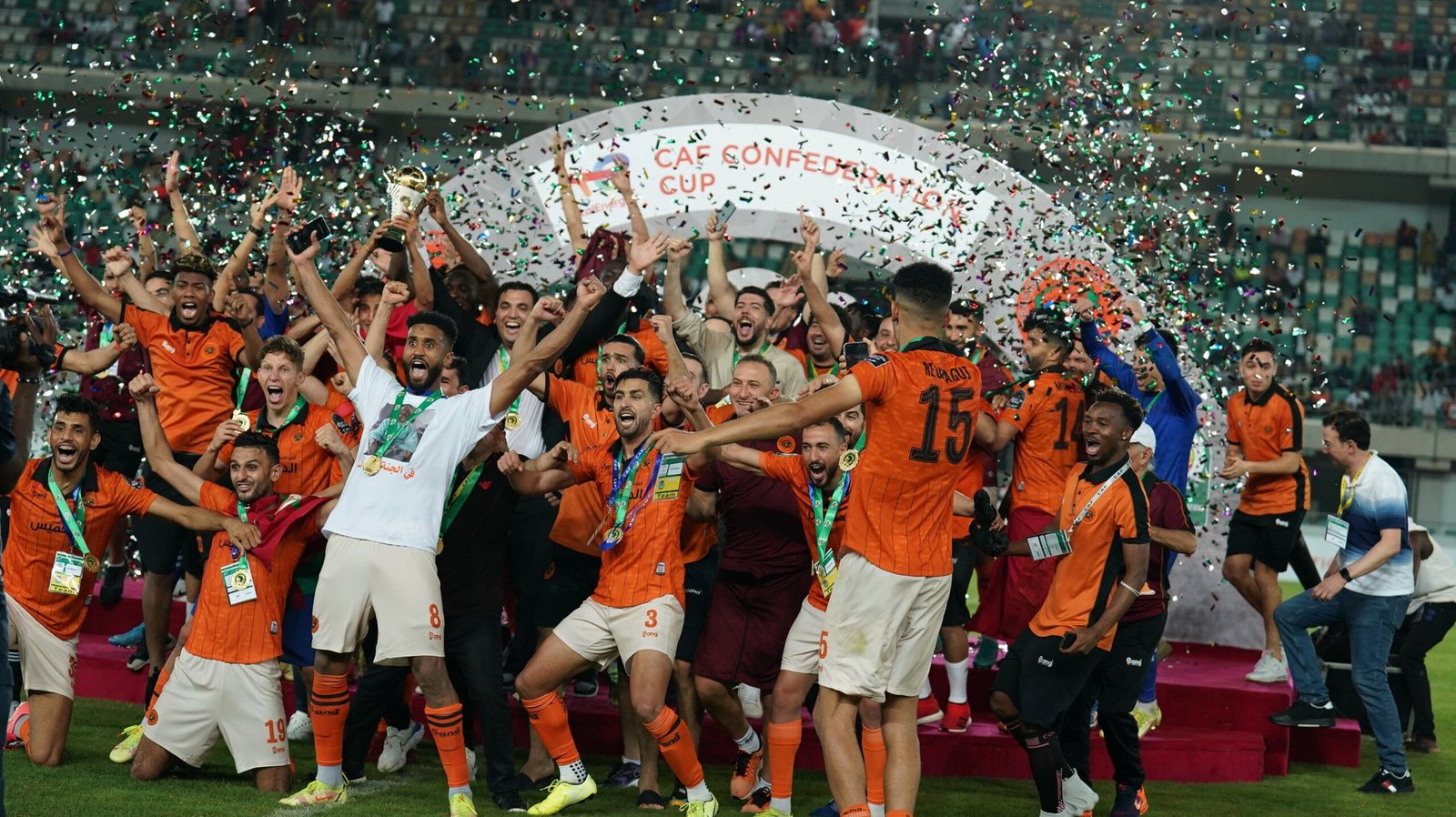 Morocco’s RS Berkane triumphed 5-4 on post-match penalties against South Africa’s Orlando Pirates to win the 2021-22 CAF Confederation Cup title. The game had to be decided on penalties after a 0-0 draw in 90 minutes and 1-1 after extra time.

Forward Thembinkosi Lorch, who scored the equalizer for Pirates to force the game to penalties, missed his kick as Pirates’ hope for a maiden Confederation Cup title ended up in smoke.

“I’d like to thank my teammates because we fought. We needed some luck, but congratulations to the opponents as they worked hard. We just needed that bit of luck,”  Lorch who was almost in tears as he received his man of the match award stated.

He was the only one who missed on Pirates’ side while Berkane converted all their five kicks through Hamza El Moussaoui, Youssef Zghoudi, Ismail Mokadem, Issoufou Dayo and Brahim El Bahraoui who scored the winner.

Happy Jele scored the first for Pirates before Lorch, who was also named man of the match, missed the second. Tshegofatso Mabasa, Thabang Monare and goalkeeper Richard Ofori scored the subsequent three, but Berkane didn’t miss any and took the honors. 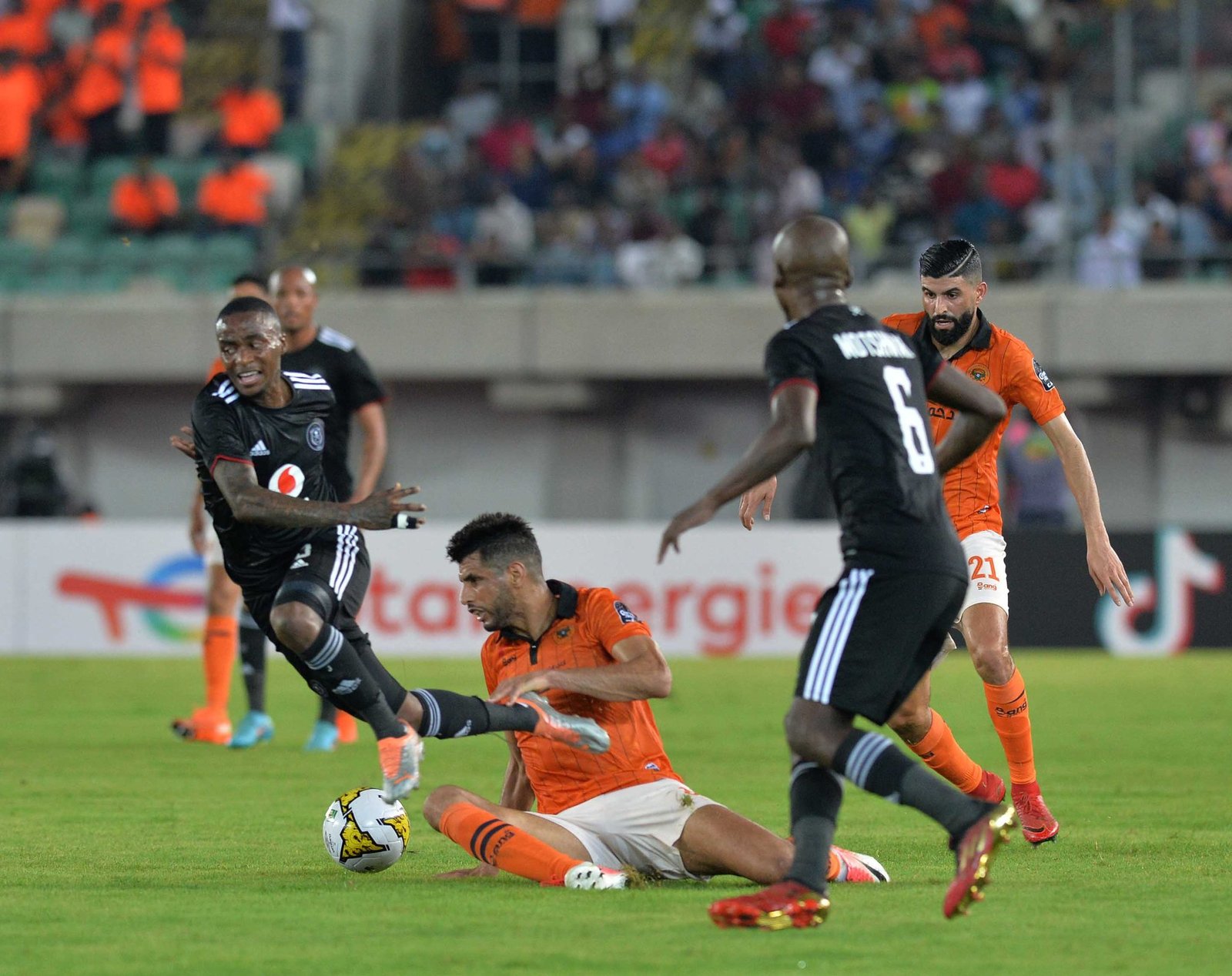 A 0-0 draw in regulation time meant the game had to go for an extra 30 minutes, and just five minutes after the restart Berkane were awarded a penalty by a VAR decision.

Substitute Monare had been adjudged to have fouled Mokadem from a corner. The referee Janny Sikazwe had initially given a goalkick but upon advice from VAR officials went to the pitch side screen to have a review and awarded a penalty.

Pirates fought to get themselves back into contention and piled in the pressure. They were rewarded for their hunger three minutes to the end through a bizarre goal by Lorch.

The Pirates forward had intended to play a pass inside the box as they pushed Berkane into their own area. However, his intended pass was missed by everyone and trickled into the bottom right of Akbi Hamiani’s goal.

Pirates would feel unlucky losing the title and the match as they dominated the chances throughout the opening 90 minutes, but were never clinical enough infront of goal.

As early as the third minute of the game, they had a glorious opportunity when Goodman Mosele sent Dean Hotto through on goal with a peach of a through pass, but the winger couldn’t get a strong curl on the ball with space ahead of him. 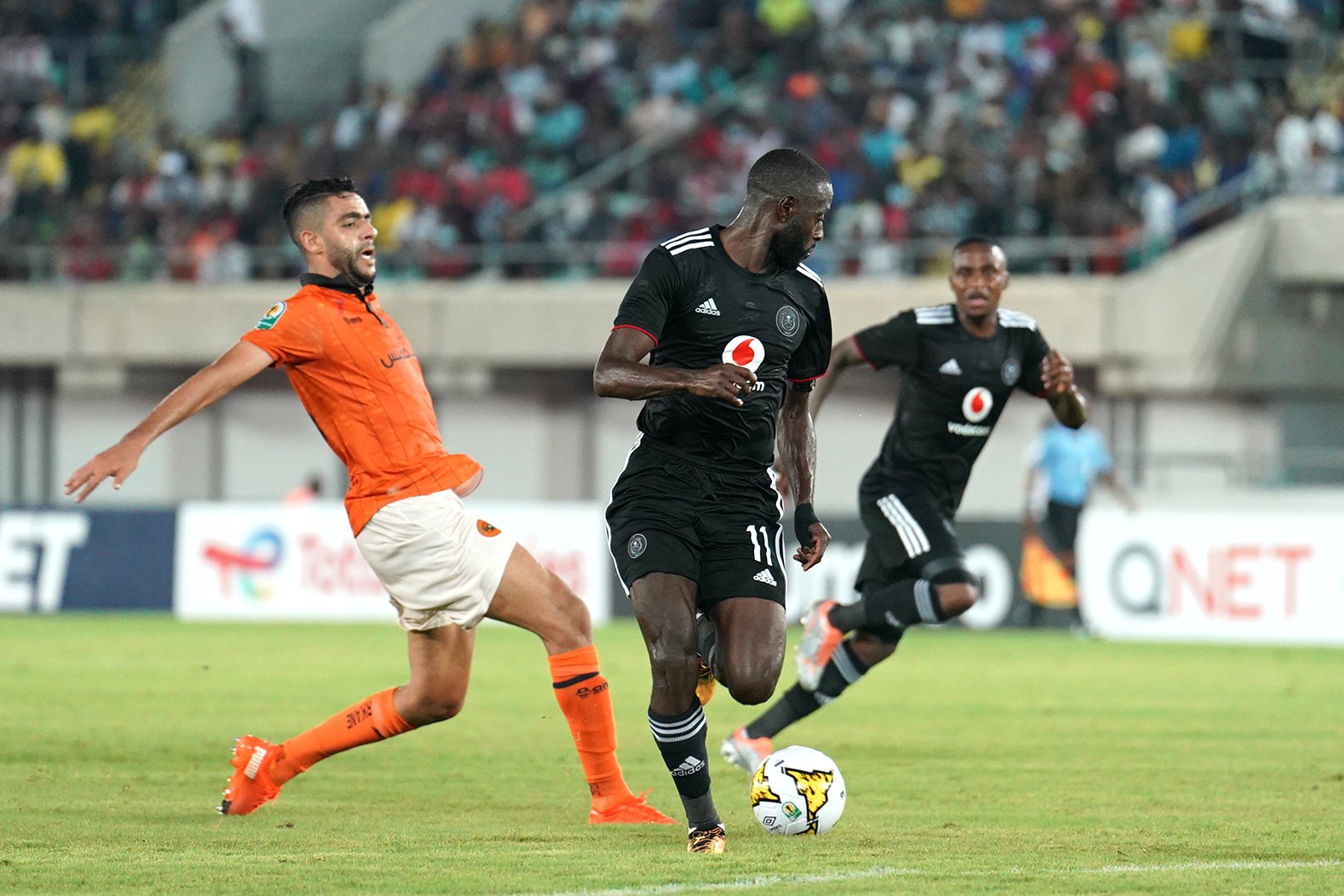 Mosele created another chance in the 18th minute when he whipped a cross from the right, but skipper Happy Jele’s header looped just over the target.

Their top scorer Bandile Shandu then forced Berkane keeper Hamiani to a neat save in the 33rd minute, his low sweep from the edge of the box being palmed away by a strong right hand from the shot stopper.

In the second half, Berkane somehow upped their attacking game but couldn’t thread in the shots at goal, Ofori not being busy for most of the game.