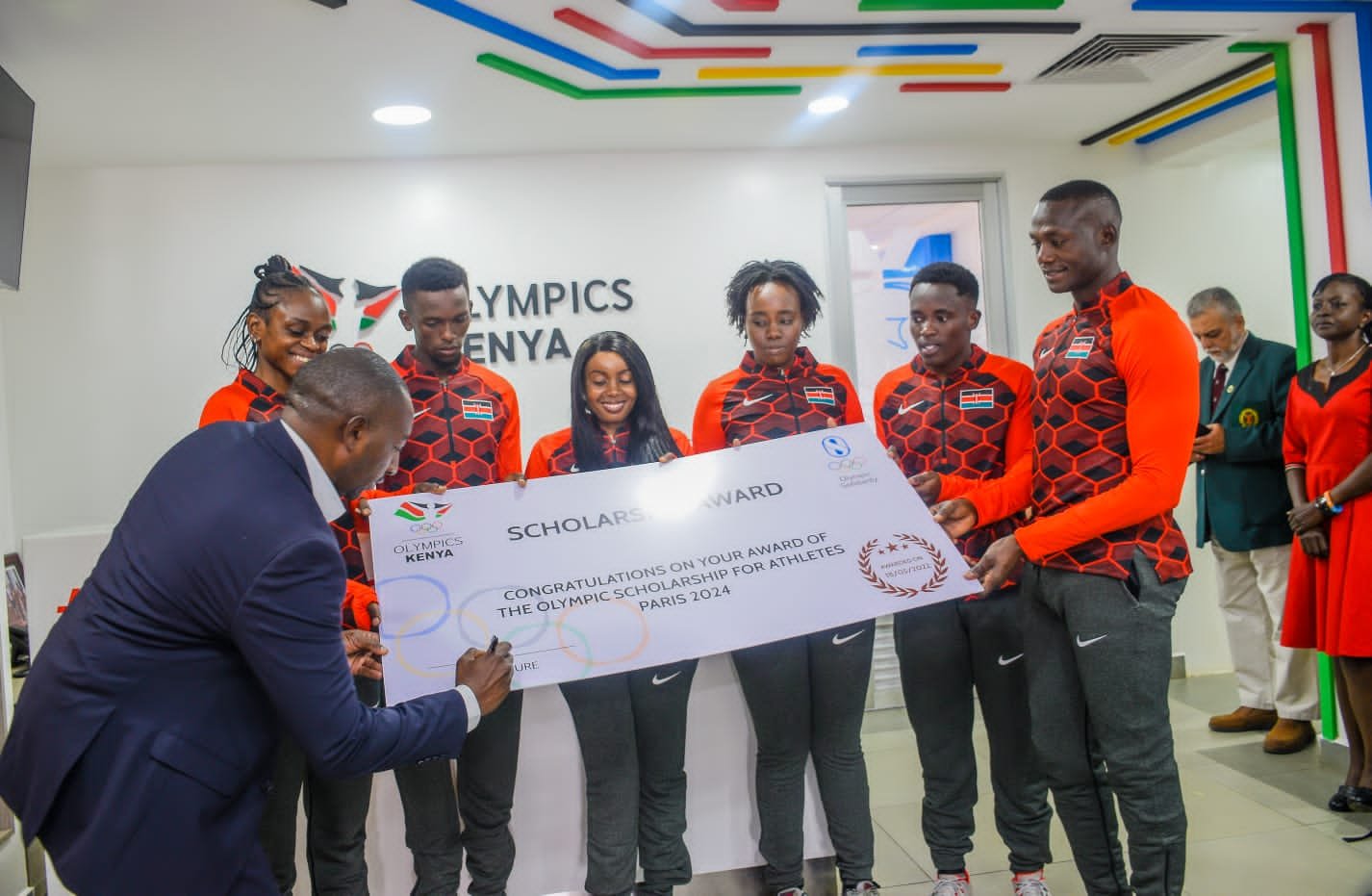 The National Olympic Committee of Kenya (NOCK) has handed a financial boost in form of scholarships to 11 athletes to help them prepare and qualify for the 2024 Olympic Games to be staged in Paris, France.

The athletes were nominated by their respective federations and presented by NOC-K to Olympic Solidarity for vetting by their International Federations based on their rankings and performances, before finally being allowed into the scholarship scheme.

Each of the scholarship holders will receive a monthly subsidy from now until August 2024 to support their training and qualification costs towards the Olympic Games.

The support includes specialised coaching services, equipment, local and overseas training, regular medical assistance and monitoring and other items that would assist them focus on their journey to prepare and qualify for the Paris 2024 Olympic Games.

Among those who have been issued with the scholarship includes African Junior Tennis Champion Angela Okutoyi who is currently preparing for the Roland Garros in Paris, France.

“The awards mean that the IFs have confidence that the athletes have the potential to qualify for the Olympics if they put in the work. The scholarships were given based on exemplary performance in the past and present of an athlete and what the future towards the Olympic Games at a glance seems,” said NOC-K Secretary General Francis Mutuku.

NOC-K first vice president Waithaka Kioni, also the boss of the Kenya Volleyball Federation said; “We aim to place the athlete at the center of everything. This scholarship award to the eleven athletes will hopefully boost our qualification and performance as Team Kenya towards Paris 2024.” 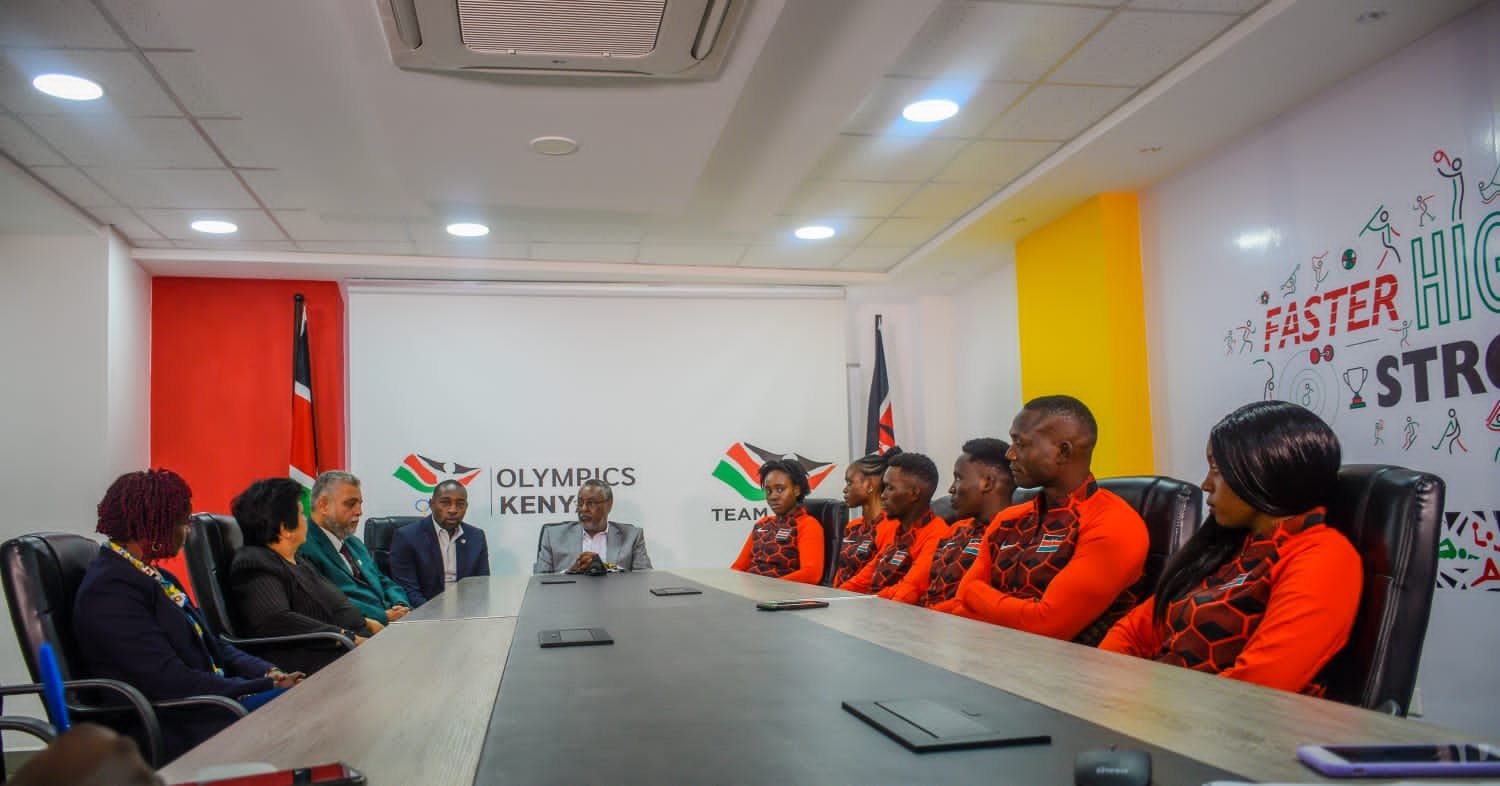 The triumphant flyweight boxer who has been in Istanbul, Turkey for the International Boxing Association (IBA) World Women’s Championship is looking towards qualification into back to back Olympic Games, having made her debut at Tokyo 2020.

Also set to benefit is javelin thrower Alexander Kiprotich, who is the 2013 African Junior Championship gold medalist. Kiprotich, a prodigy of 2015 World Champion Julius Yego competed at the last Commonwealth Games in 2018 and is seeking for his very first qualification into the Olympic Games.

He has qualified for the African Championships to be staged in Mauritius next month and this will offer a platform for him to continue seeking the qualification mark, with the World Championships and Commonwealth Games in July also a prospect for him.

United Kingdom based swimmer Danilo Rosafio has also benefited from the scholarship. 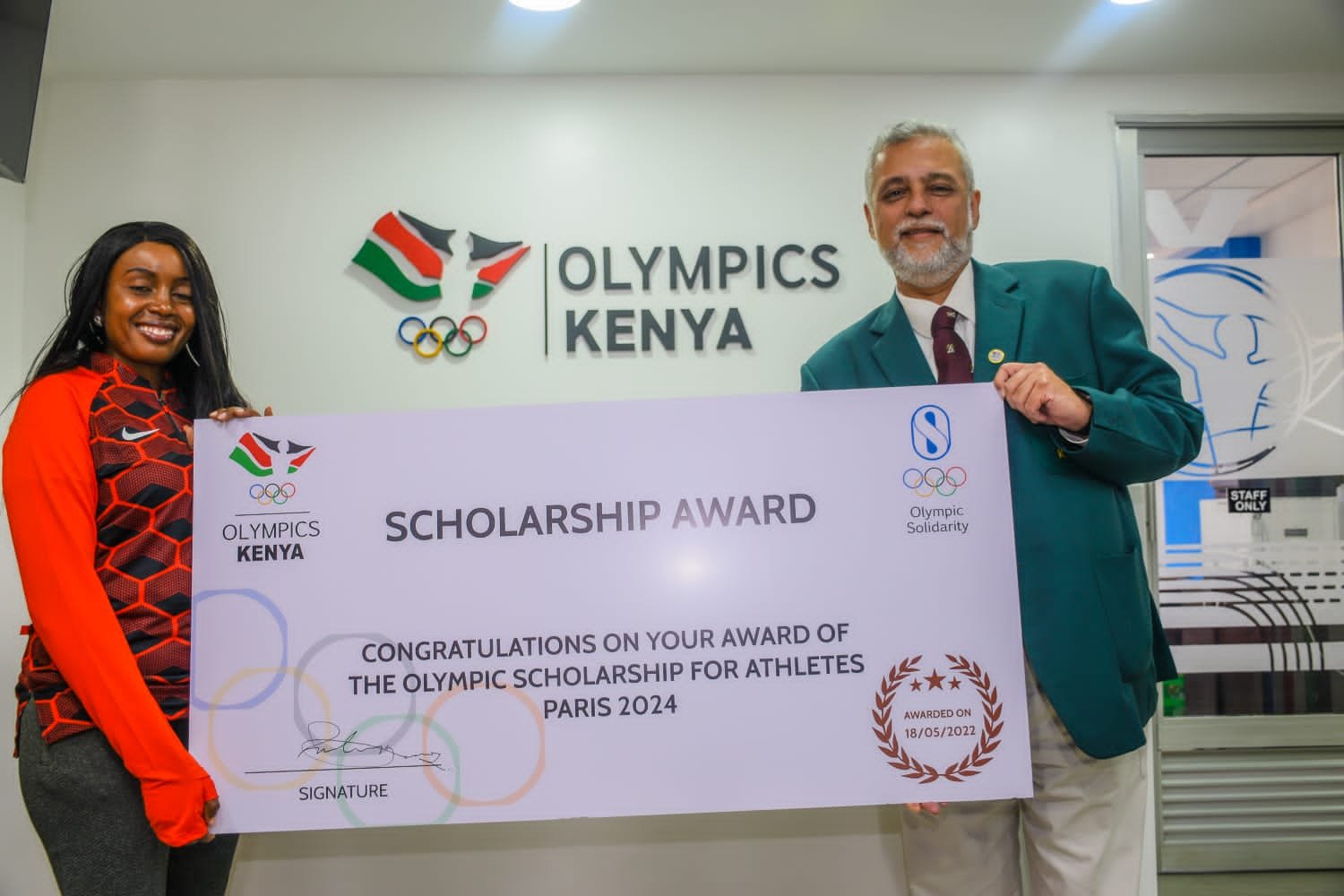 One of the athletes receiving her scholarship

Rosafio is receiving the scholarship for the second time, having also been supported as he qualified for the Tokyo 2020 Games for the first time. He was top in his heat two at the Tokyo Games and clocked a personal best time of 52.54 seconds.

Rosafio made improvements from his previous competitions, the 2019 World Swimming Championships in Gwangju, South Korea where he managed a time of 52.66.