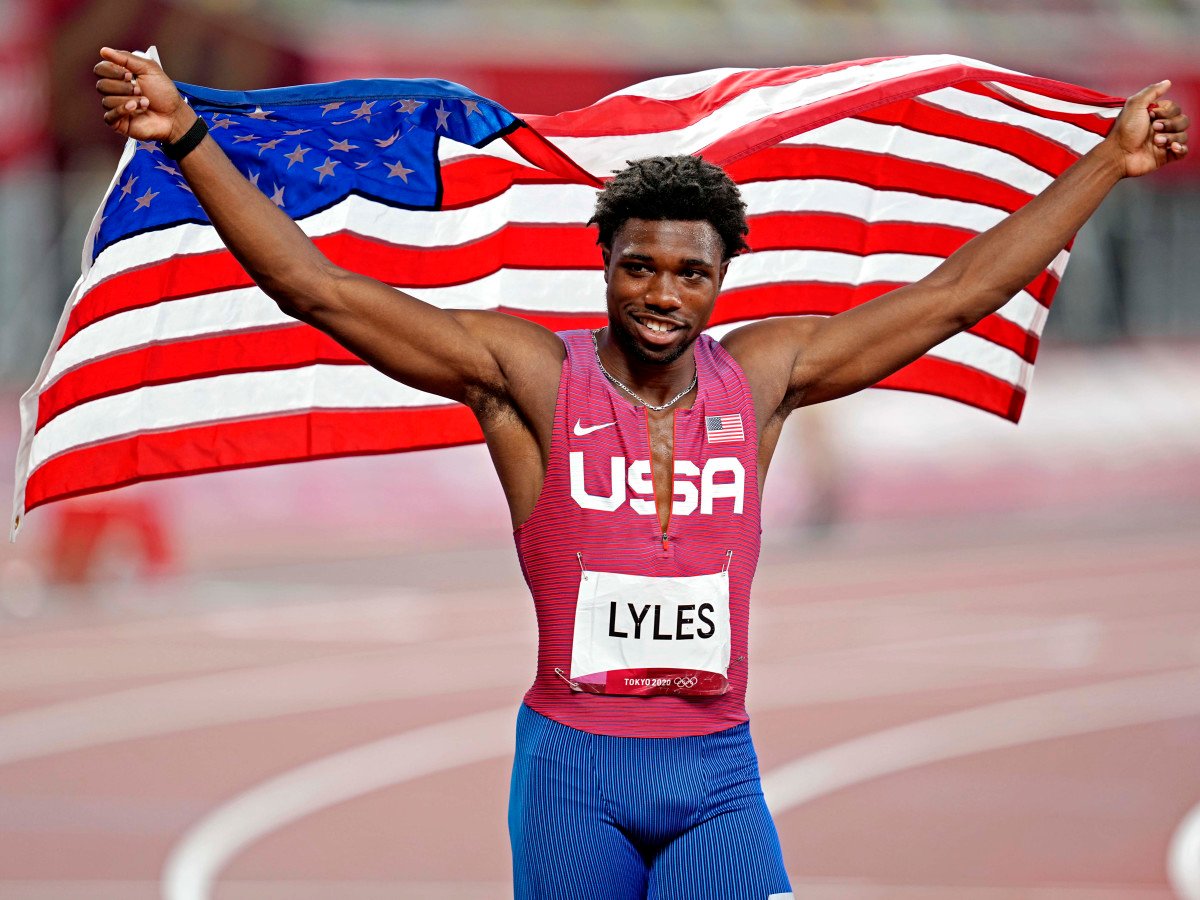 Lyles, the Olympic bronze medalist and reigning world champion at 200m, clocked 19.72 seconds with a 2.1 meter per second tailwind, slightly above the limit for record purposes.

Andre De Grasse, the Olympic champion from Canada, was fourth in 20.15.

All of those men are looking up this year at 18-year-old Erriyon Knighton, who clocked 19.49 two weeks ago. Knighton was not in the Doha field but will be a leading contender at the USATF Outdoor Championships in June, where the top three in most events qualify for July’s world championships. Both meets are in Eugene, Oregon.

“I perform better under pressure,” Lyles said, according to meet organizers. “I feel good and satisfied about my position right now. My plan for the world championship is to win, to always win.”

The Diamond League continues May 21 with a meet in Birmingham, Great Britain, featuring Olympic 100m and 200m champion Elaine Thompson-Herah of Jamaica. In other events Friday, Olympic silver medalist Marileidy Paulino of the Dominican Republic handed two-time Olympic champion Shaunae Miller-Uibo of the Bahamas her first 400m defeat since the 2019 World Championships.

Brazilian Alison dos Santos surged past American Rai Benjamin to win the 400m hurdles in 47.24. Benjamin ran 47.49 in a battle between the Olympic silver and bronze medalists and second-and third-fastest men in history. Burundi’s Francine Niyonsaba, the 2016 Olympic 800m silver medalist who since moved up in distance due to a testosterone limit, won the 3000m (not an Olympic distance) over two-time Olympic 1500m gold medalist Faith Kipyegon of Kenya.

Niyonsaba, 29, ranked fourth in the world in the 5000m last year by best time but was controversially disqualified at the Olympics for a lane infringement in the heats.

Olympic champion Soufiane El Bakkali of Morocco won the 3000m steeplechase by .01 over Tokyo silver medalist Lamecha Girma of Ethiopia. The race included the top five from the Games.

World champion Anderson Peters of Grenada improved his personal best in the javelin by nearly 19 feet, winning with a 93.07-meter throw. He moved from the 53rd-best performer in history to No. 5.

Chase Ealey, Maggie Ewen and Jessica Ramsey made it a U.S. one-two-three in the shot put.

The men’s pole vault featuring Olympic champion and world-record holder Mondo Duplantis of Sweden was not held due to high winds.