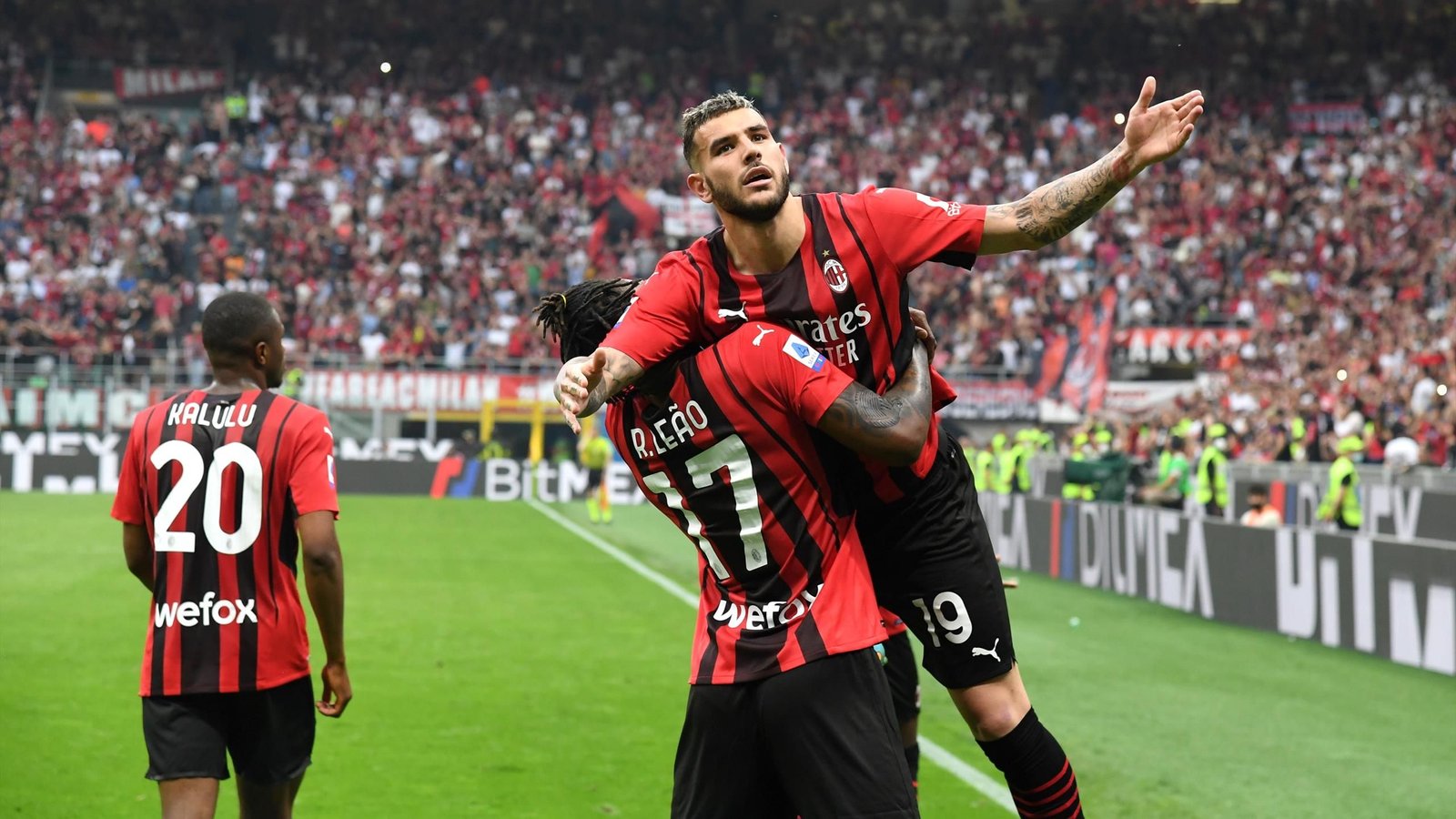 AC Milan went a step closer to Serie A triumph thanks to a huge win over Atalanta on Sunday evening.

Goals from Rafael Leao and Theo Hernandez put Milan on the brink of their first Serie A title in 11 years as Stefano Pioli’s men claimed a 2-0 win over Atalanta.

After both sides struggled to create clear-cut chances in a nervy first half, Leao broke clear to open the scoring, and Hernandez capped an incredible run with a fine left-footed finish to provoke jubilant scenes at San Siro.

Boasting a head-to-head advantage over Inter, the Rossoneri will be confirmed as champions if they avoid defeat in the last match of the campaign.

Inter picked up maximum points over  , Milan will need to avoid defeat at Sassuolo on the final day of the season to clinch their 19th Scudetto after winning their fifth consecutive Serie A contest.

Sandro Tonali dragged a long-range effort wide as both sides made a tentative start to the game before in-form forward Leao clipped a tame effort into Juan Musso’s arms.

Luis Muriel drew a smart save from Mike Maignan from distance after half an hour before Leao sent a wild effort high and wide as Milan struggled to create first-half opportunities. 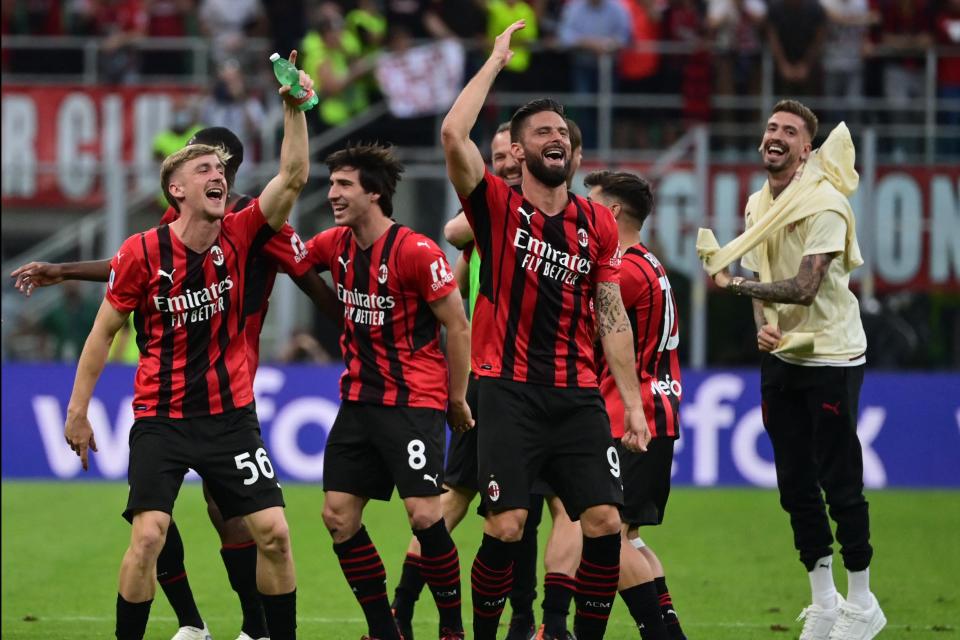 AC Milan players celebrating after the win against Atalanta in the Serie A clash on Sunday, May 15 2022. | PHOTO: Getty Images |

Atalanta went close when Davide Zappacosta’s effort deflected over within three minutes of the restart before Hernandez came within inches of breaking the deadlock when he hit a 30-yard free-kick into the side-netting.

But Milan made the all-important breakthrough after 56 minutes, Leao racing onto Junior Messias’ pass to finish neatly through the legs of Musso, with the furious visitors believing Matteo Pessina was fouled in the build-up.

Hernandez then sealed the victory with a goal worthy of deciding any title race, picking the ball up near his own box and driving towards the Atalanta area before finishing into the bottom-right corner, leaving Milan within touching distance of glory.

Milan’s win meant they extended their unbeaten league run to 15 matches and moved them five points clear of Inter at the Serie A summit ahead of the Nerazzurri’s trip to Cagliari.

Pioli’s side appears to be thriving on the pressure of the title race and are on the cusp of dethroning their city rivals.

Leao’s strike set Milan on their way to a huge win, and the 22-year-old has made a key contribution during the run-in with so much at stake.

The forward has now contributed to goals in each of his last five Serie A games – three goals, three assists – and has scored in three consecutive home league games.

Milan’s title bid has been aided by a terrific defensive record over the second half of the campaign.

The leaders have conceded just nine Serie A goals in 2022, with only Liverpool (eight) letting fewer in across the top five European leagues.

Milan travels to Sassuolo for their final game of the Serie A season next Sunday as they look to secure their first title since 2011 if Cagliari is unable to do them a favour, while Atalanta host Empoli on the same day.